Brunswick Canyon seems to be a pet peeve of Guy Rocha’s. Or rather, using the name Brunswick Canyon to refer to the wrong canyon. Rocha, who is the State Archivist of Nevada (more or less the chief historian of the state), wrote in to the Nevada Appeal correcting them on calling the canyon to the east of town, where the Carson River leaves the Eagle Valley, “Brunswick Canyon”. It’s a common mistake, one that probably everyone in town makes. But as Guy points out in his Myth A Month column, the canyon the River travels through is called the Carson River Canyon. Brunswick Canyon is an offshoot that meets up with it at a bend in the river.

Without renting a helicopter, probably the best view of the canyon comes from Google Earth. Here we are, at about 2,000 feet up. 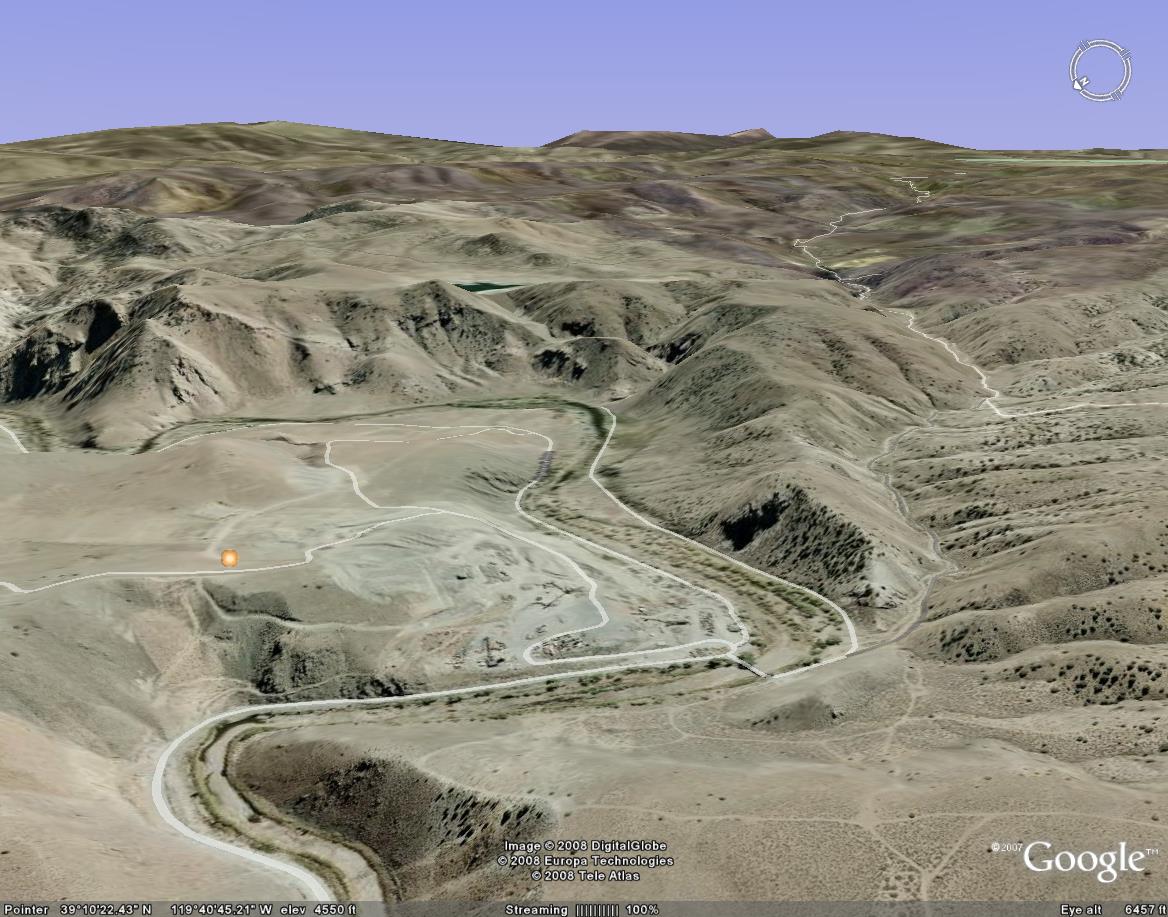 The Carson River snakes through Carson River Canyon, starting at the bottom and heading off to the left. Brunswick Canyon is the one that heads off to the right, where a 4WD trails follows it up into the hills. A tall ridge divides the two. Just below the center of the photo, where the big bend in the river is, was the home to the Brunswick Mill, which processed the ore coming out of Virginia City. It’s now the site of Tim Bertagnolli’s gravel pit.

Here is a photo taken from the riverbank, looking at the mouth of Brunswick Canyon. 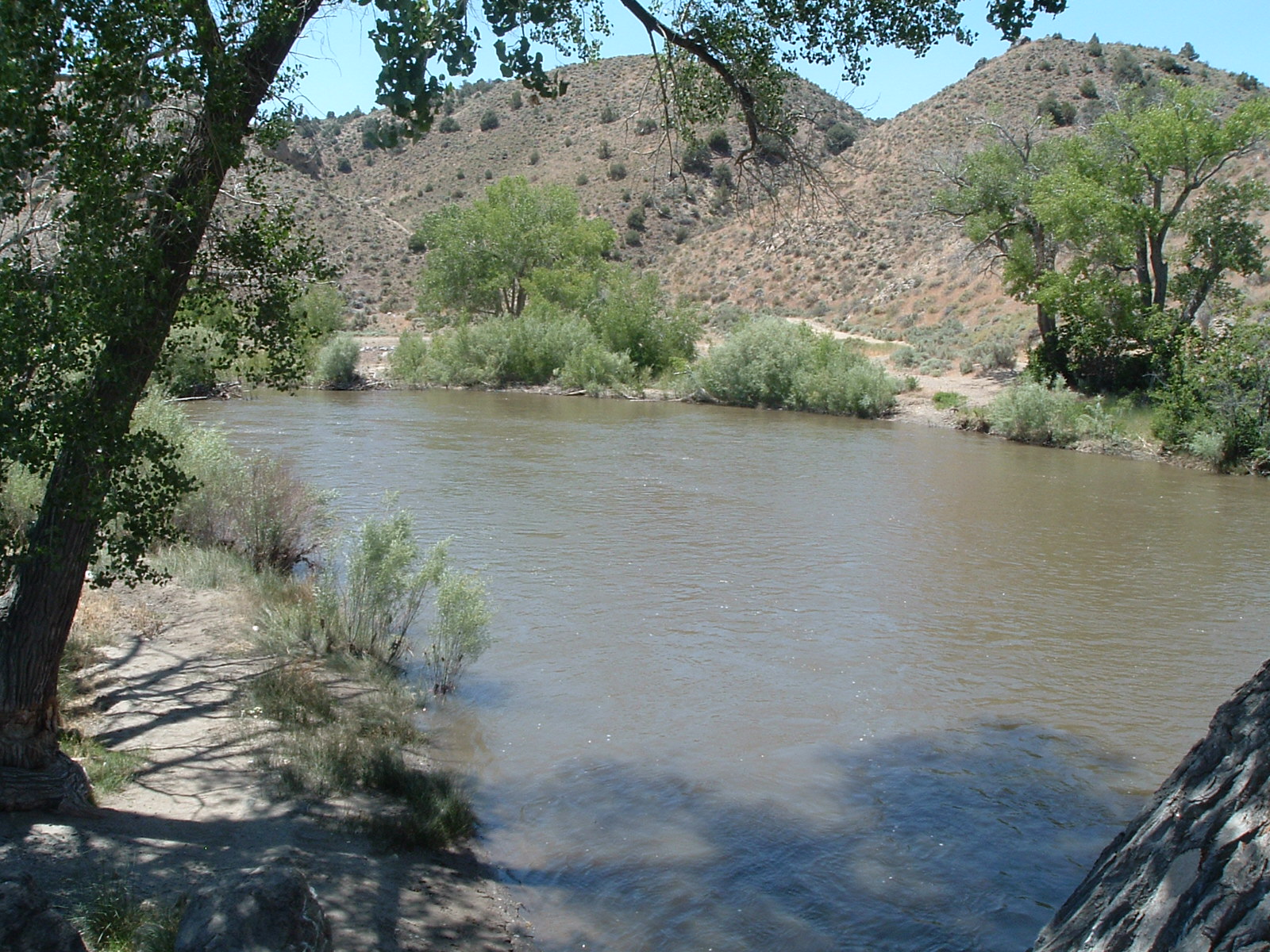 The confusion over the canyons may never end. Pretty much everybody calls the canyon the river courses through “Brunswick Canyon”. This is the route the V&T Railroad used to take to get from Mound House into Carson, and it will use the same route when it’s reconstructed. So I expect we’ll be hearing a lot more about “Brunswick Canyon” in the years to come, even if people will be talking about the wrong place.