The sidewalk improvements in downtown Minden have been continuing, and are looking very nice, considering. If you remember back in October it was announced that the old cottonwoods along County Road were going to be torn out, the ditch along the road sent into an underground storm drain, and new sidewalks poured. Well, it’s all done. Here’s a look at the work. 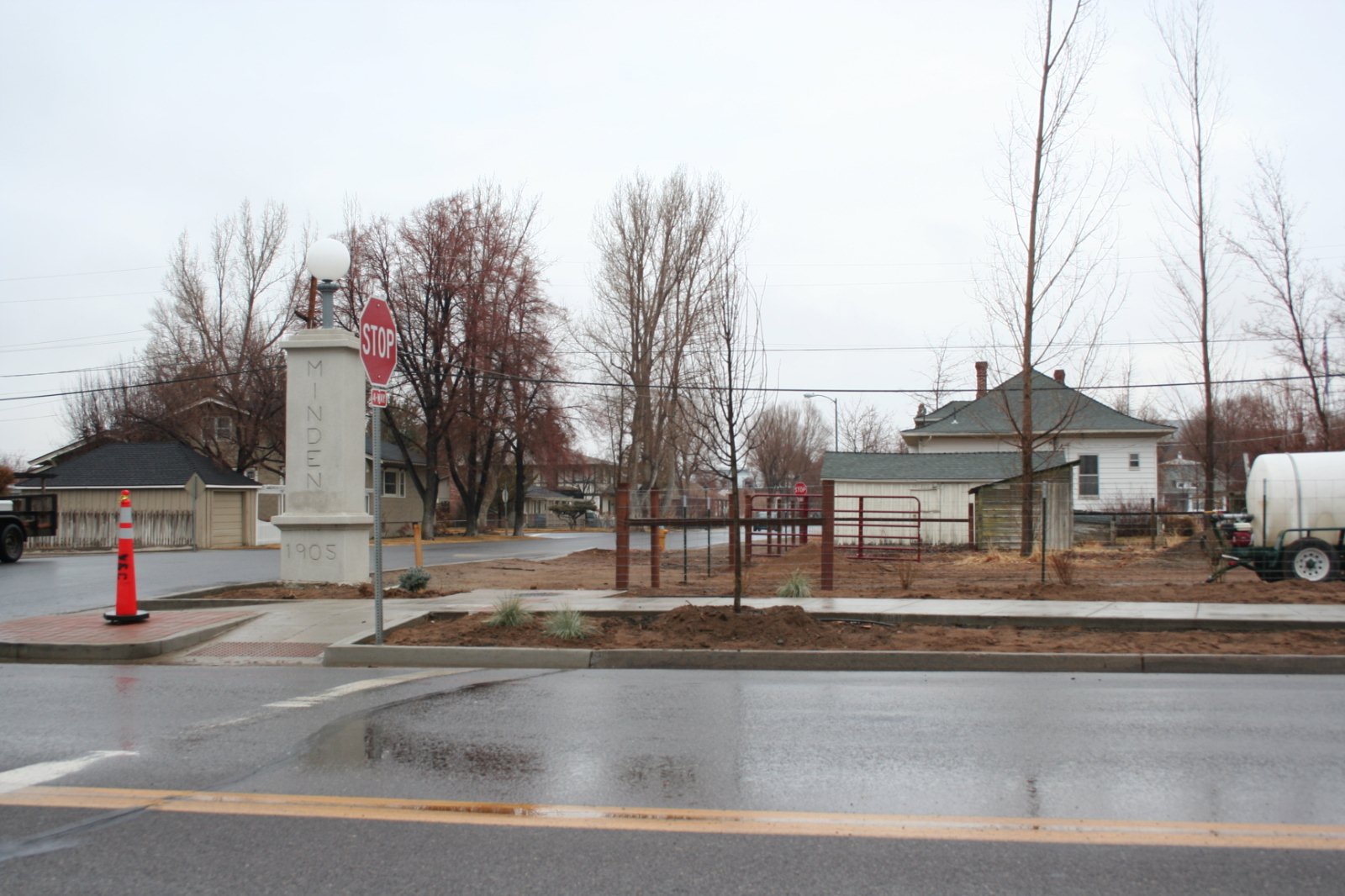 New sidewalks at Sixth and County 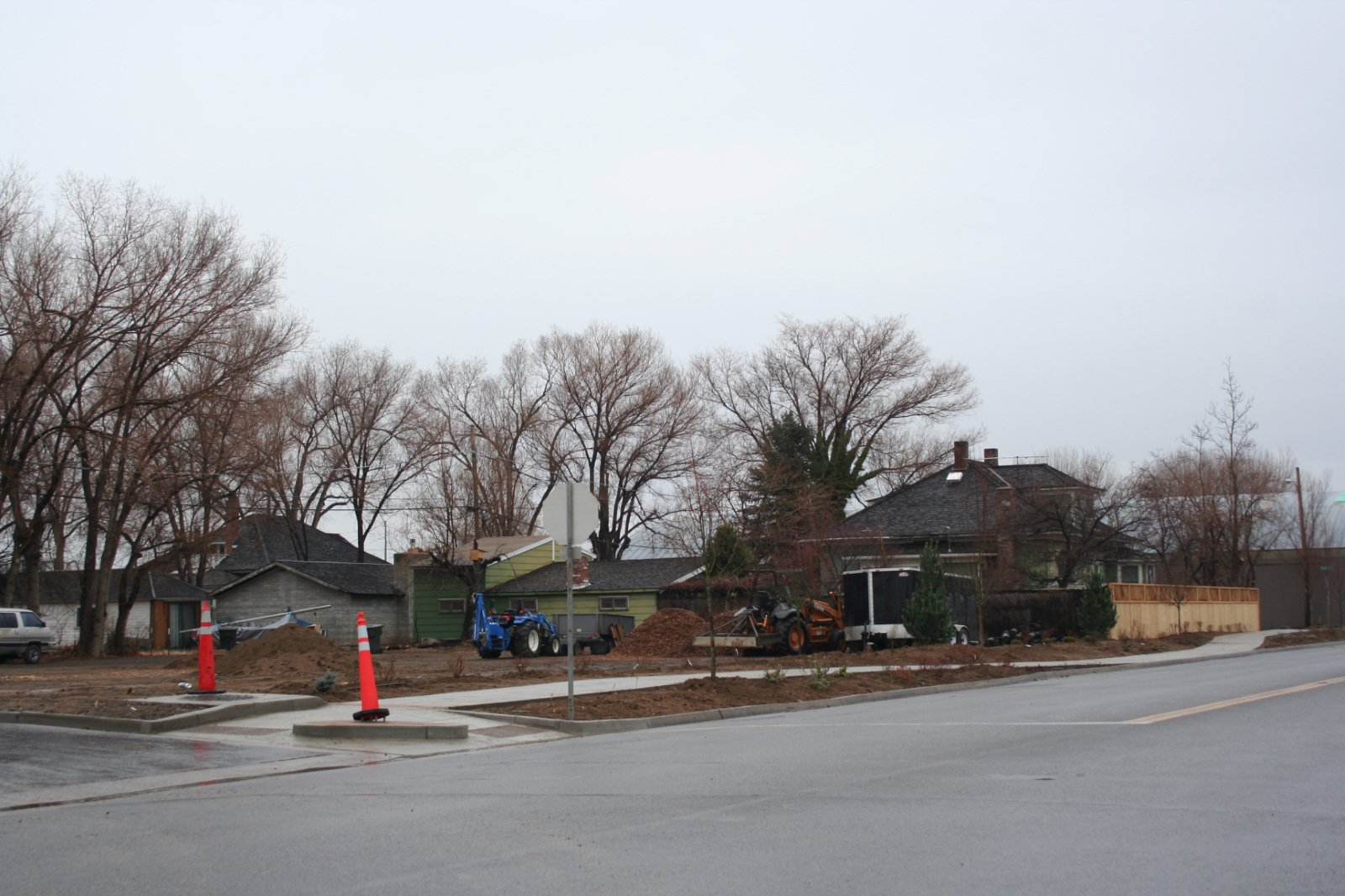 New sidewalks at Second and County

Here are some before-and-after shots. It seems so empty and lifeless without the trees. 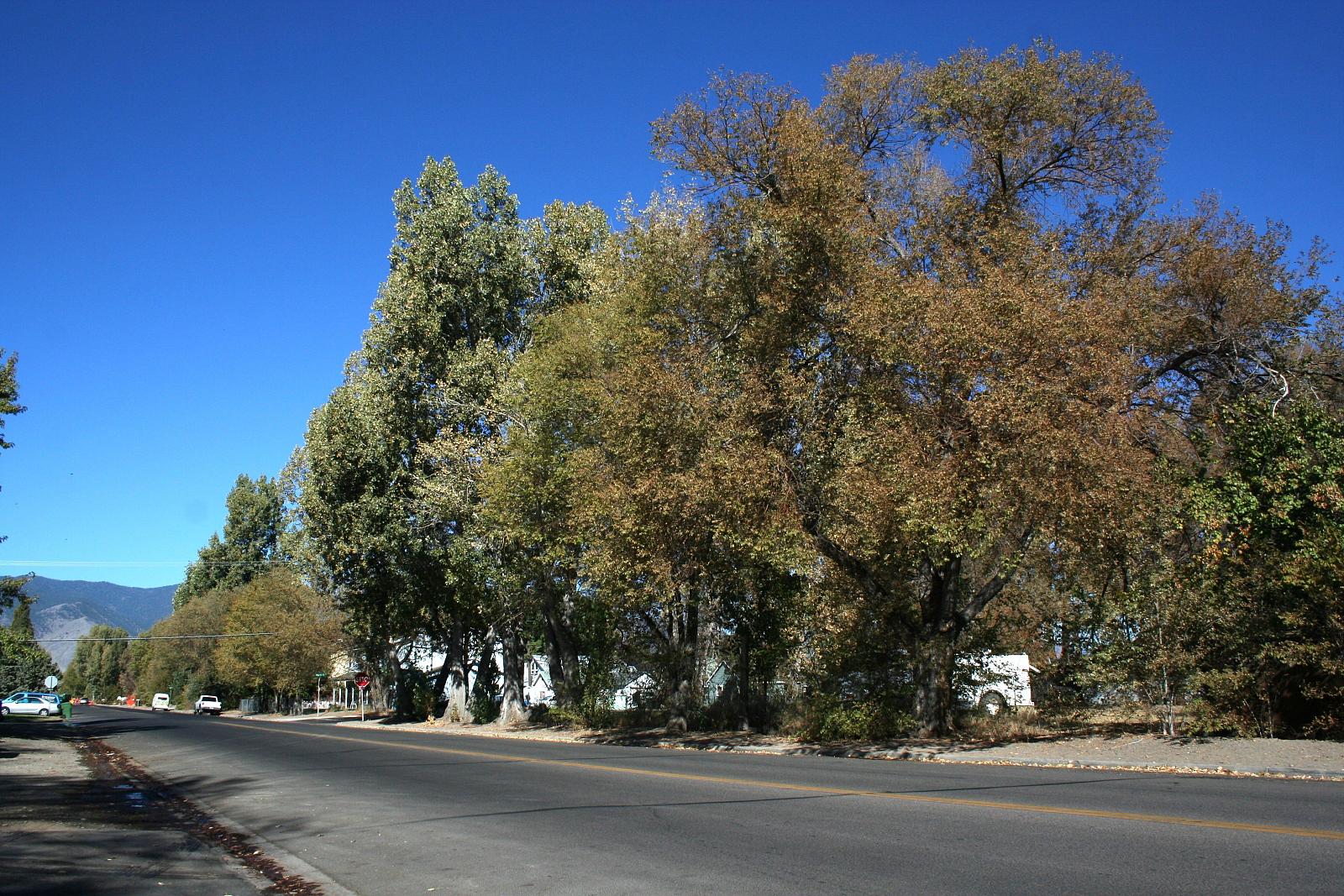 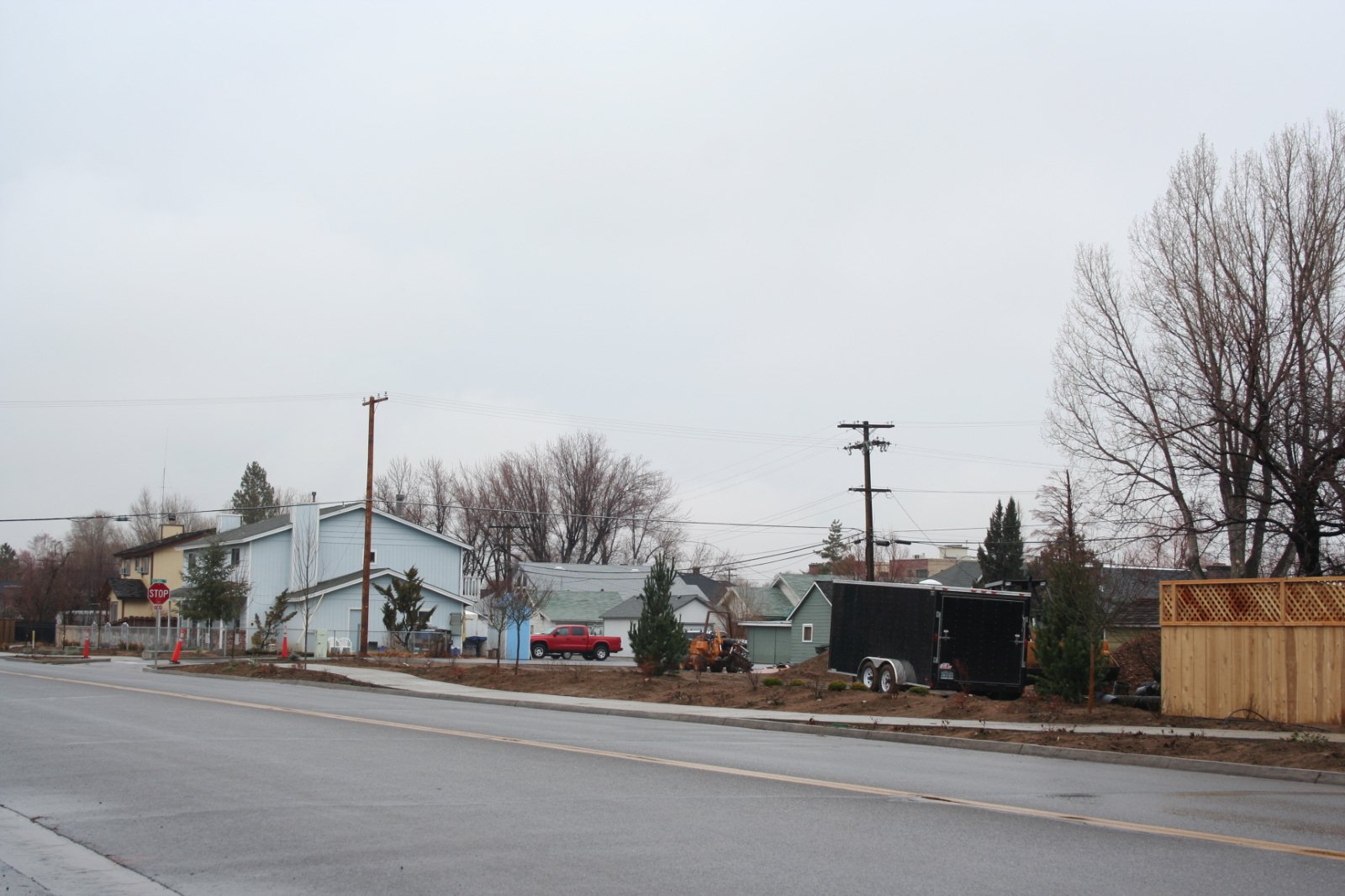 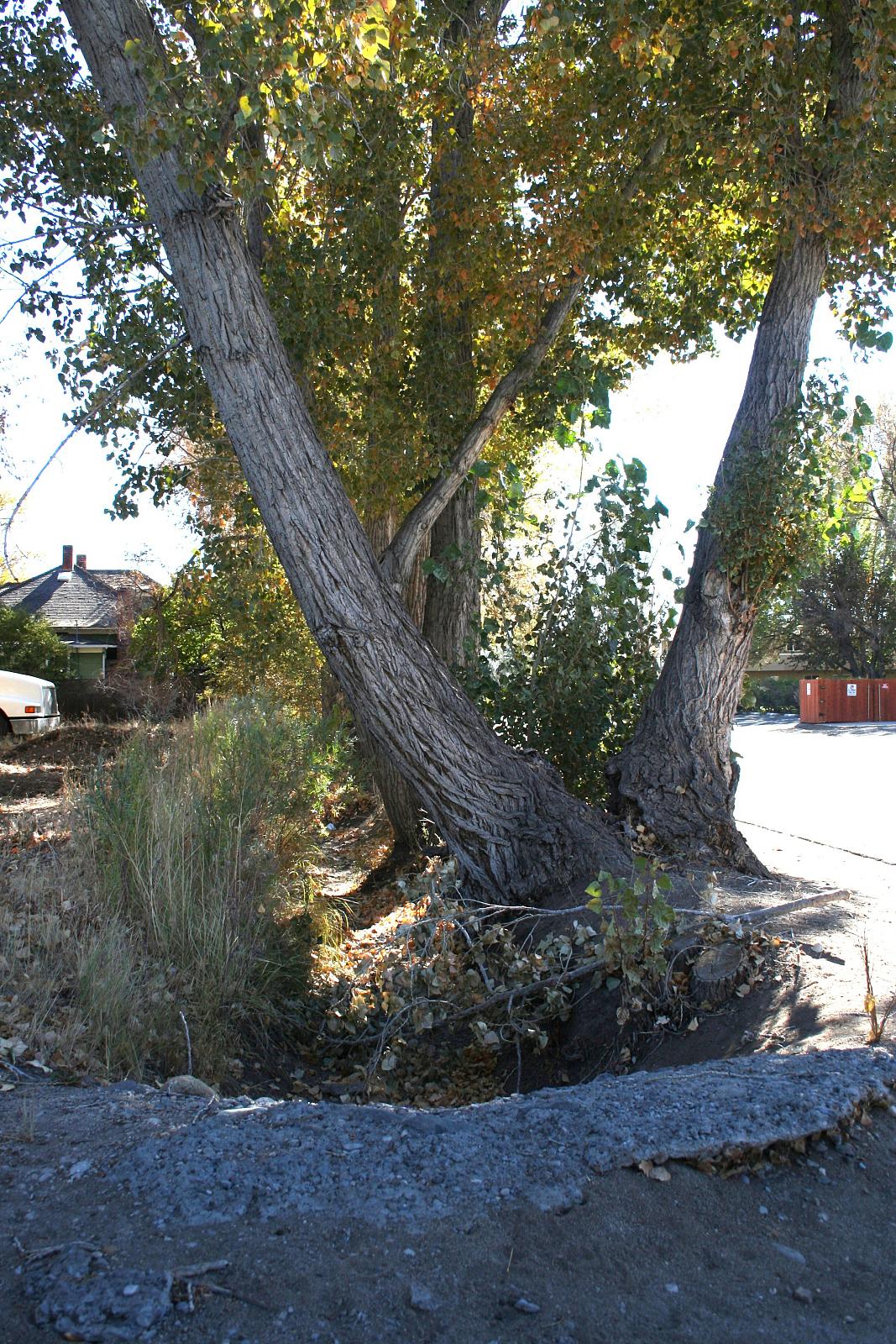 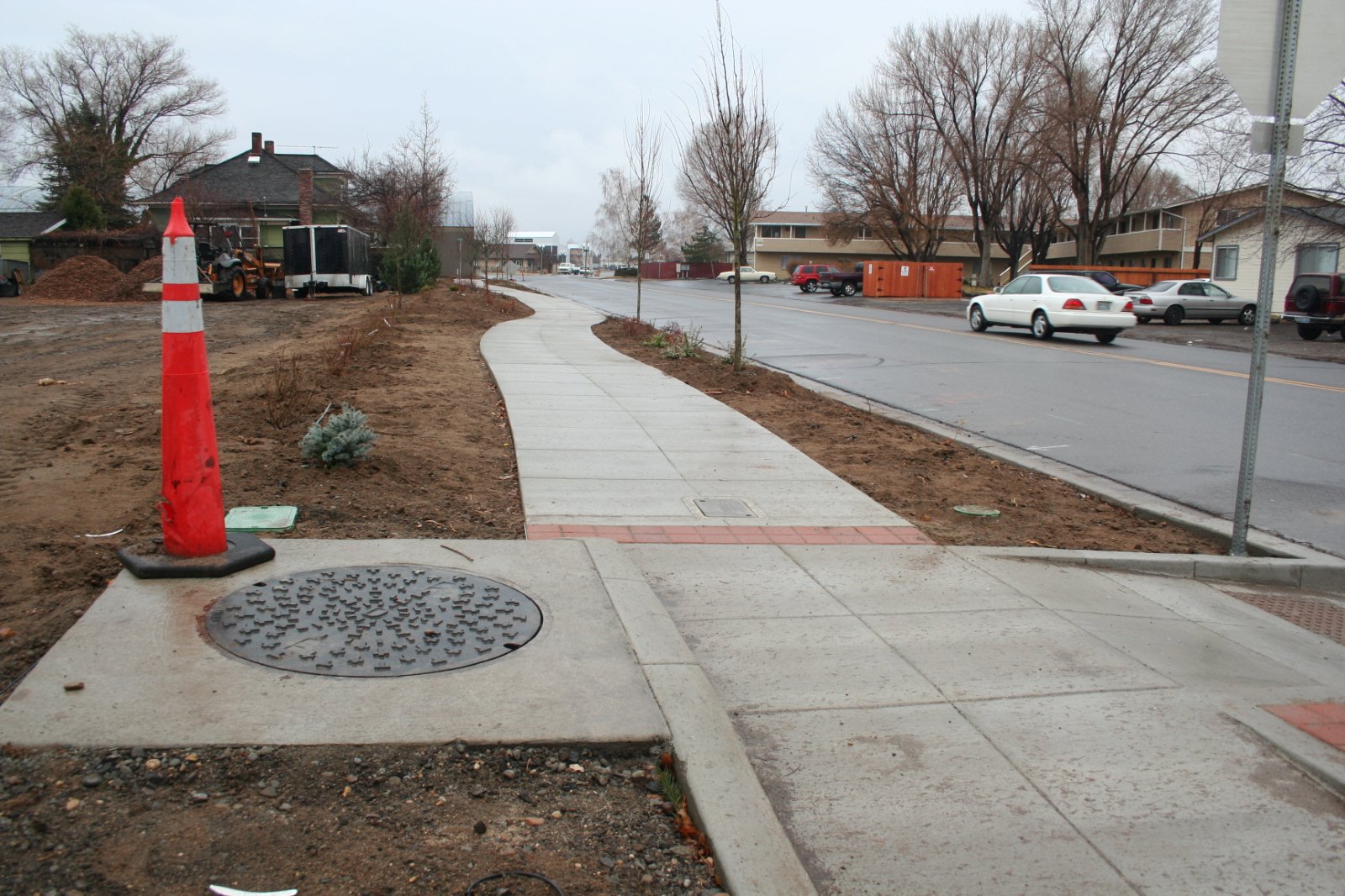 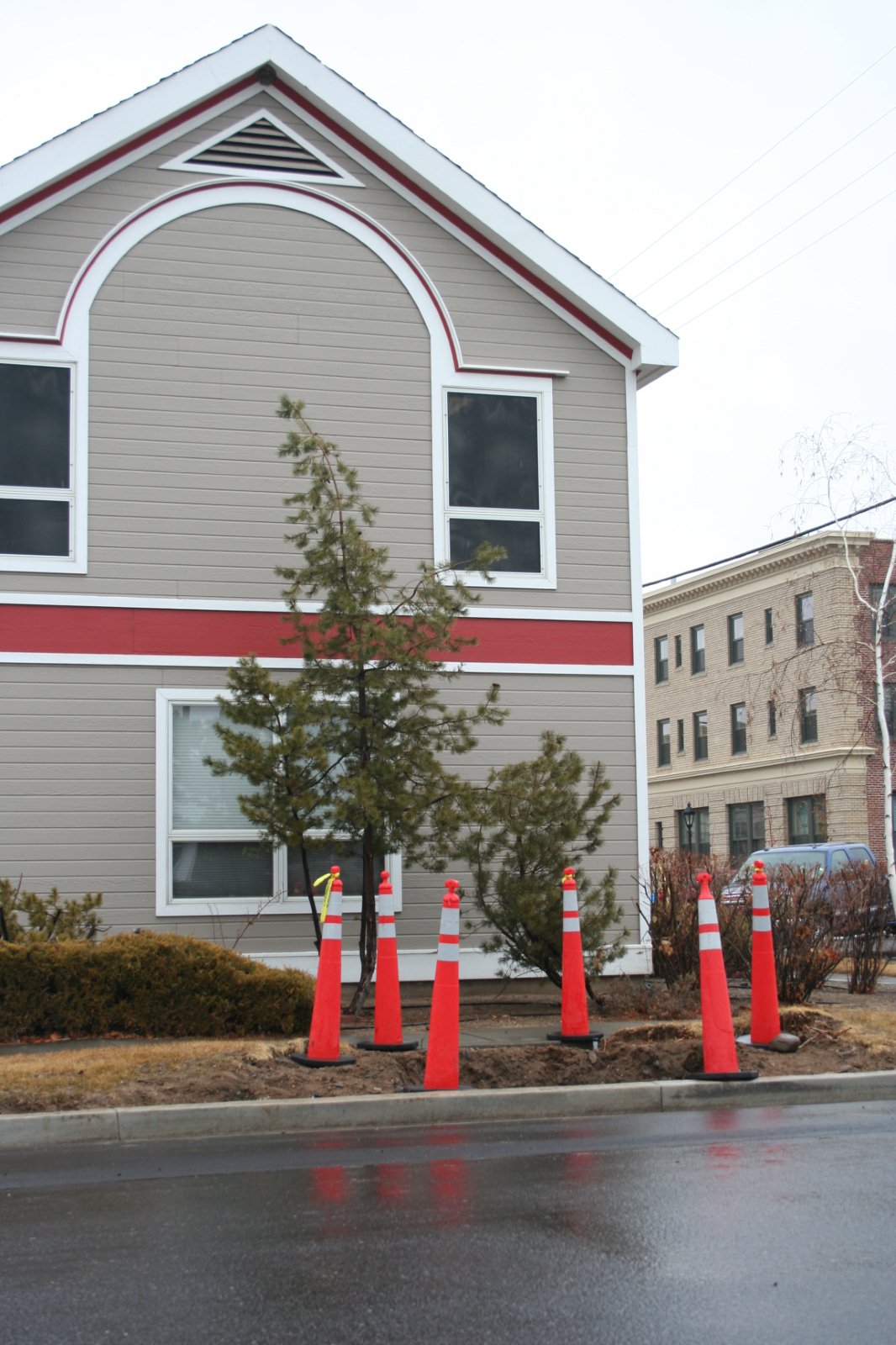 A new tree is going in this hole, where the roots of an old tree were dug out.

The parking lot behind the Minden Inn is also finished. This was supposed to be a parking garage, but they didn’t have the money so they just repaved the parking lot that was already there. Several trees were lost here too. 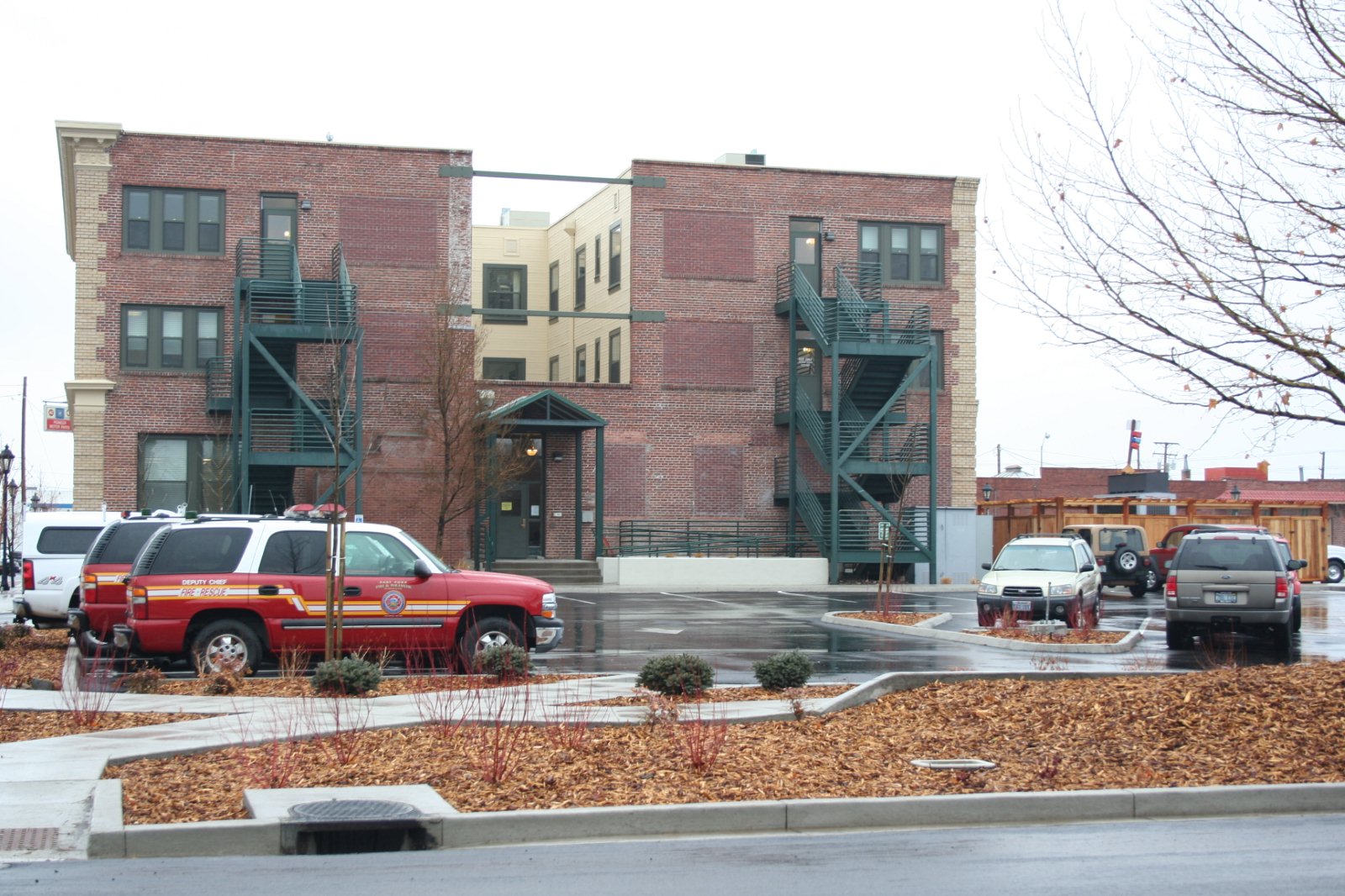 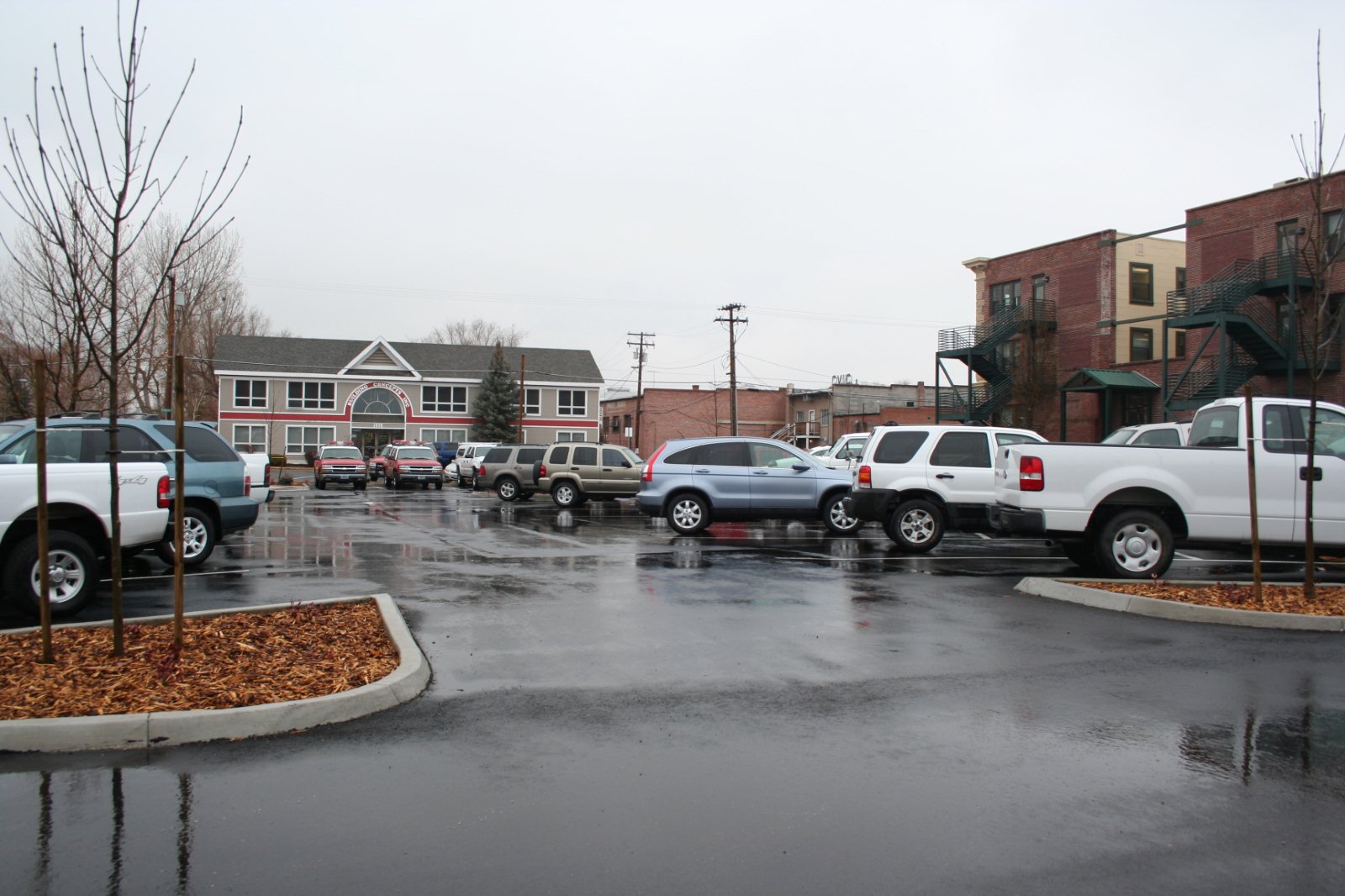 And they put up this new sign at Fifth and Esmeralda, next to the CVIC Hall and town offices. It’s a nice sign, although not very picturesque with the parking lot as a a background. 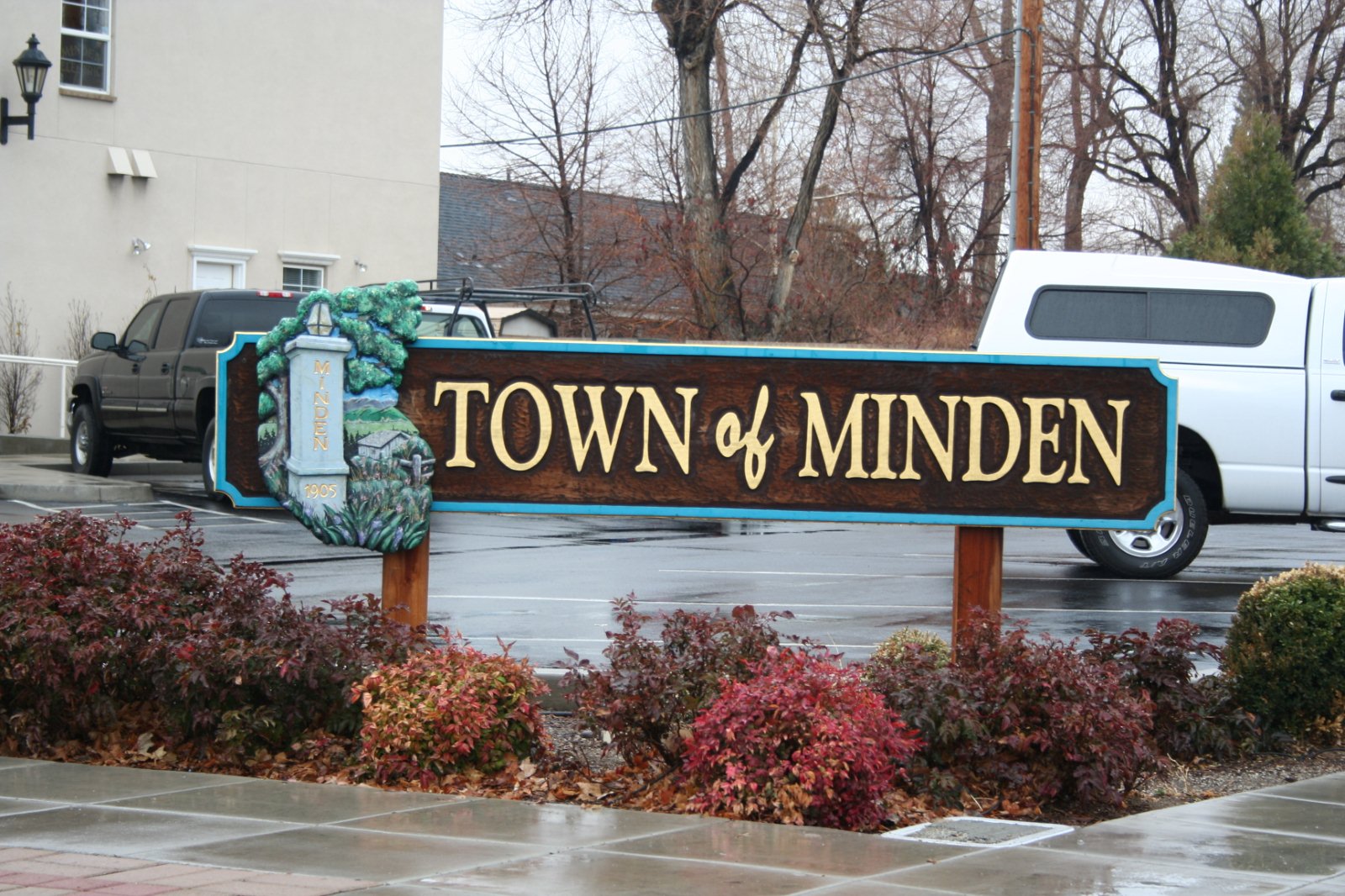 It’s a shame to see all the trees torn out, but at the same time this shows an effort to beautify downtown Minden, and that’s much appreciated. Plus, doing nothing was not an option, because many of the old trees were diseased and had to come out anyway. They could have just left the stumps behind, but instead they took the time to do it right. So that should be applauded.