It’s been a few months, and hardly anything has been going on around the Ormsby House. But, I’ve seen people going in and out, and there has been a little progress and workers cleaning up a couple of things on the outside. So, this is not an exciting update, but at least it’s something. 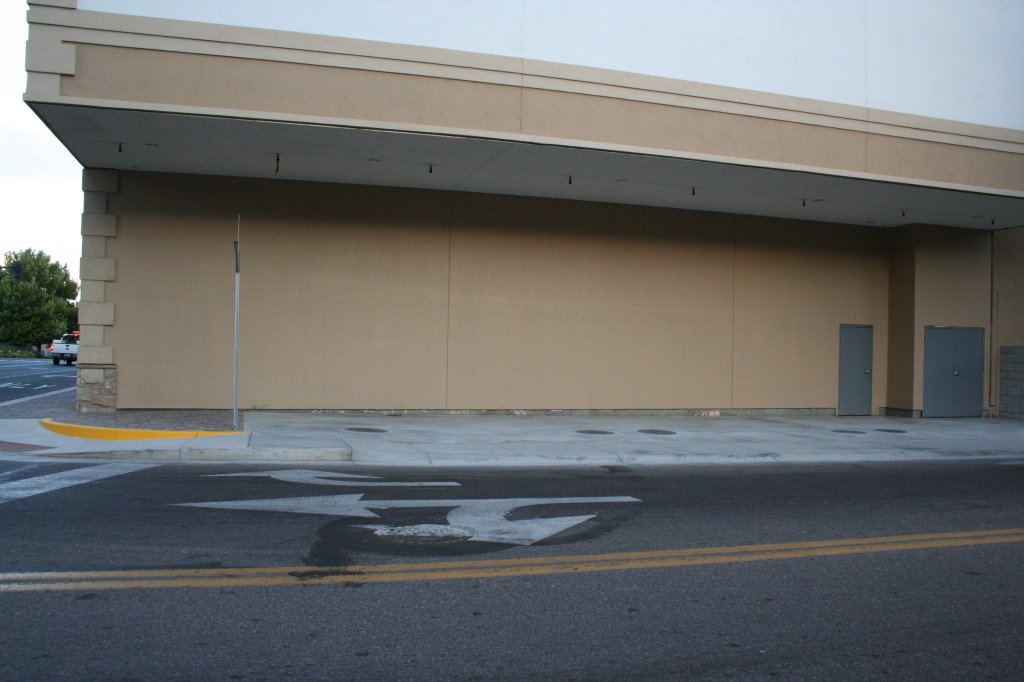 Here in the back of the casino, one of the last things left undone was this loading dock area. The area underneath this overhanging eave was still all dirt. But this summer a crew came in and poured concrete to create a little parking area here. 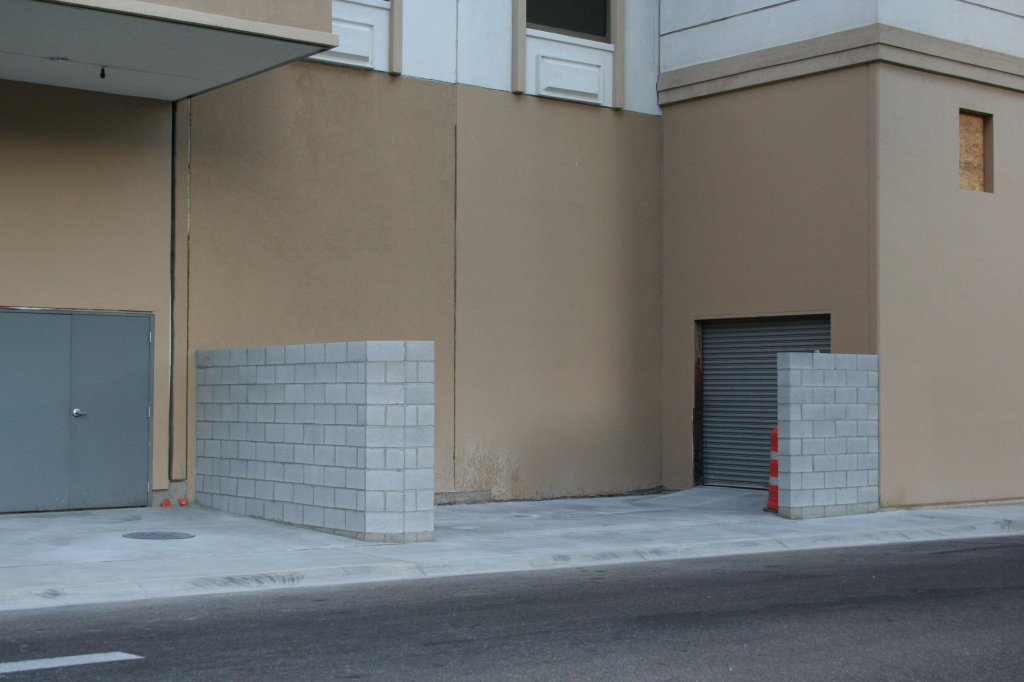 They also put up this block wall, with an opening where they’ll probably be putting up a gate. This looks like the kind of place they’ll keep their dumpsters. 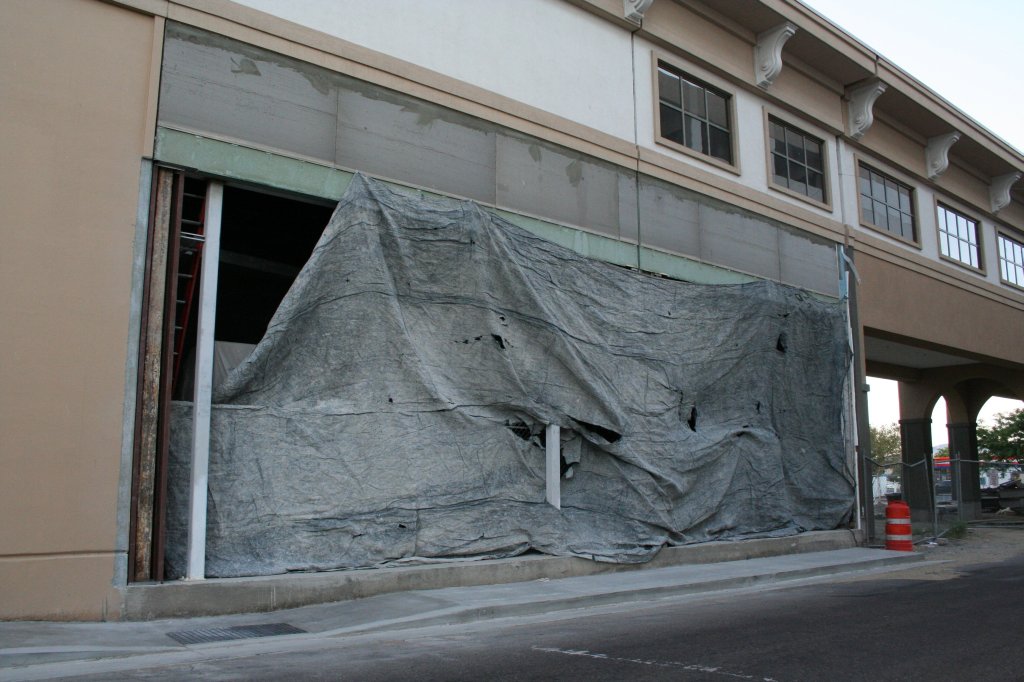 The big hole leading to the backside of the escalators has not been closed yet (I don’t know what they’re waiting for), but they did at least hang a tarp over it. So that’s something, I guess. 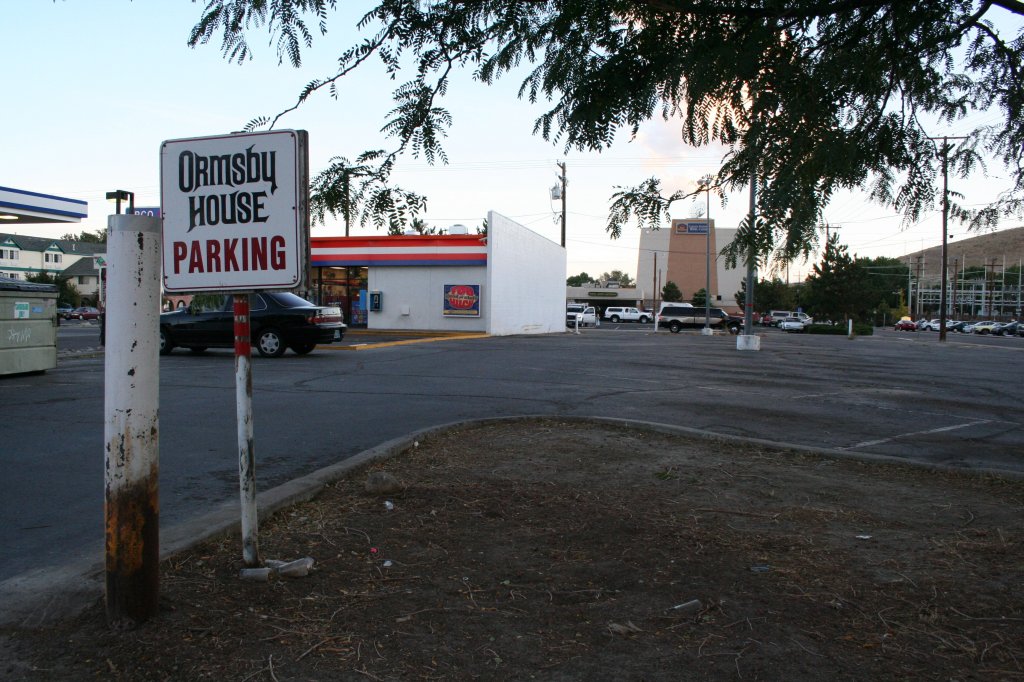 On the other side of Seventh Street, this parking lot has been reopened. Ever since the remodel began this lot has been blocked off and used as a place to store new materials that they were prepping to bring inside the casino. They also had piles of trash and old scrap metal stored here before they got around to hauling them away. 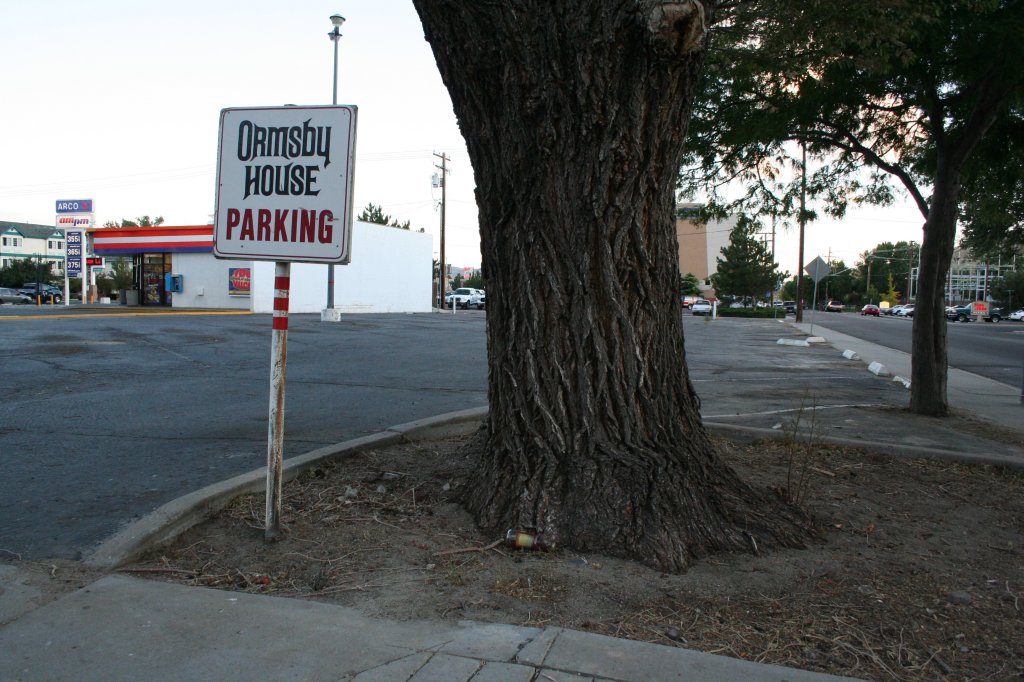 All of that has been moved out over the course of this year, and finally the fence came down and the parking lot is available as a parking lot again. And I love how the old signs are still standing here; they’ve just been too lazy to take them down, I suppose. I don’t imagine they’ll last all the way until the casino reopens. Maybe I should grab one of them now, while they’re still there! 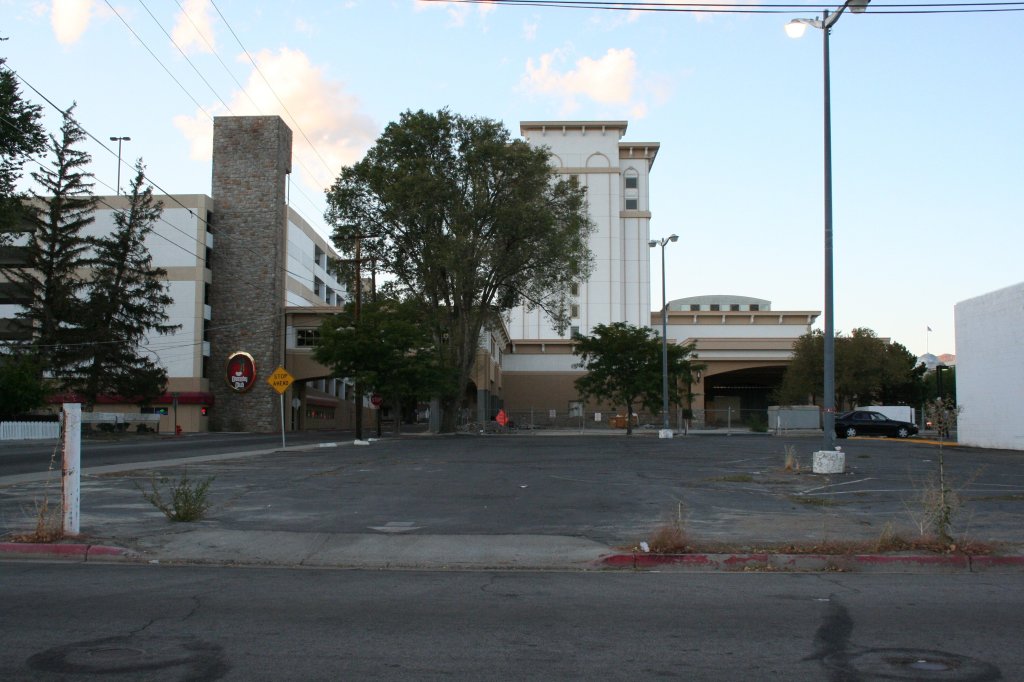 From Eighth looking back at the Ormsby House you can see that the whole lot has been emptied out. Compare it to this photo, back when it was full of construction junk.

I’ll be back when there is more news. In the meantime, keep updated with what’s going on in Carson City at the Around Carson main page.