Tonight is the full moon, but usually the night before the full moon is better for photography. Two nights before would have probably been even better. That’s because when the moon is too bright compared to the sky and the surroundings, the craters get washed out and then you need funny Photoshop tricks to bring it back. So that’s why I took these full moon photos last night; I had to pull it back with these too, but I think it turned out pretty good. 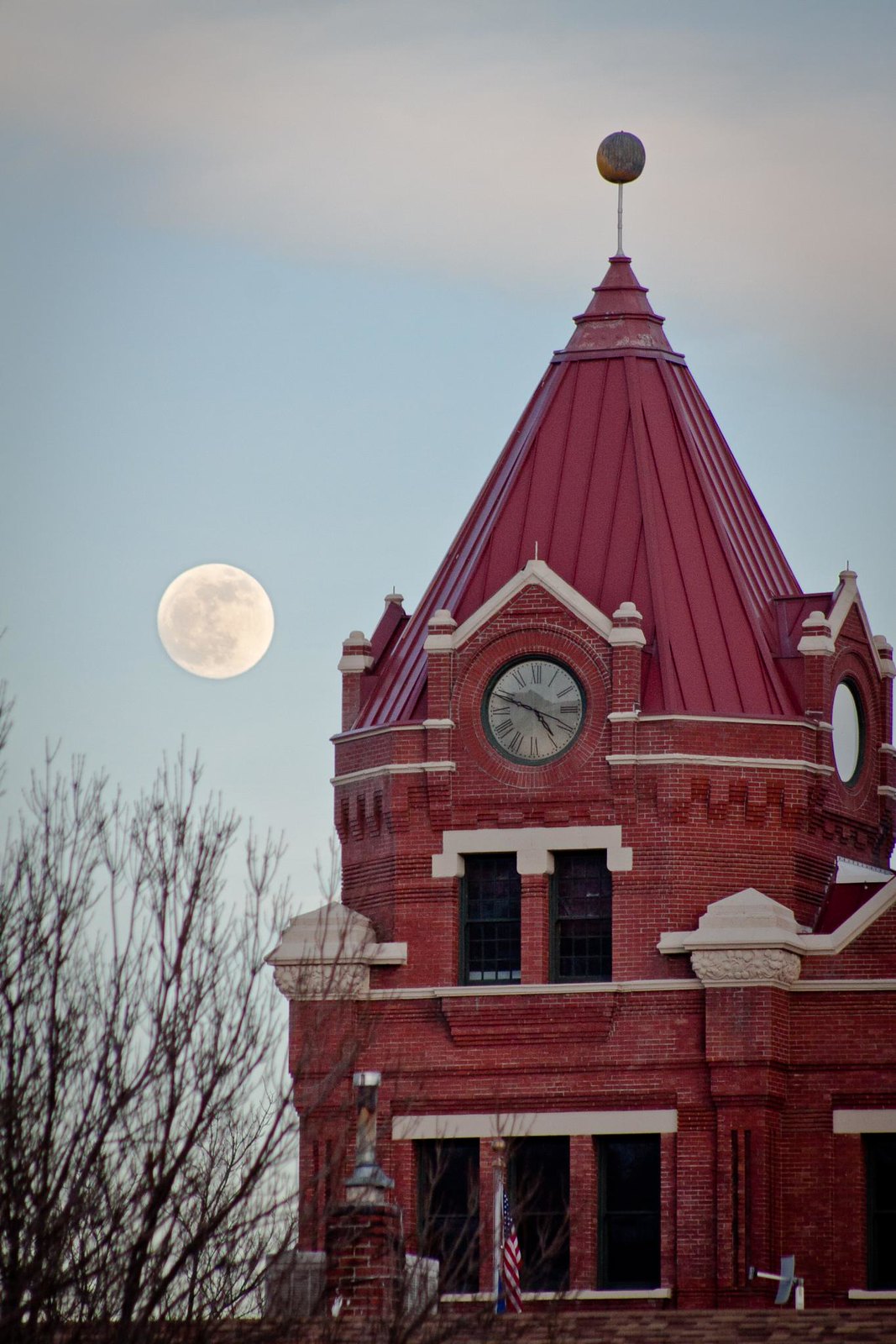 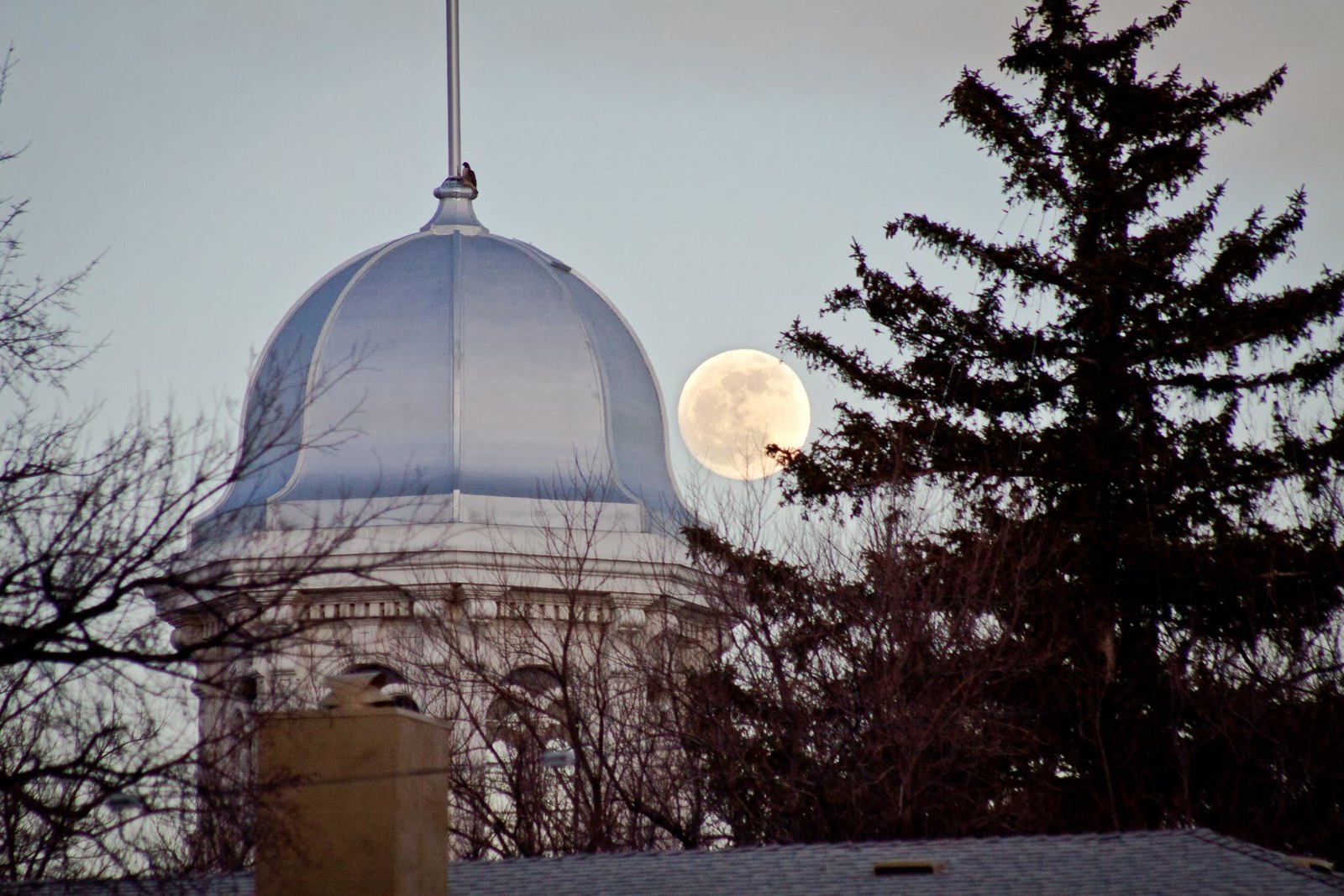 It would have turned out even better if all those trees weren’t in the way. The moon rises where it rises, though, and you can only stand in one spot to get shots like these. The moon moves around during the year; a similar shot from 2009 turned out a bit different. Maybe one time I’ll get the moon in just the right spot to bring out a good picture. The Capitol dome is getting hard to photograph in general, though. Just too many trees.