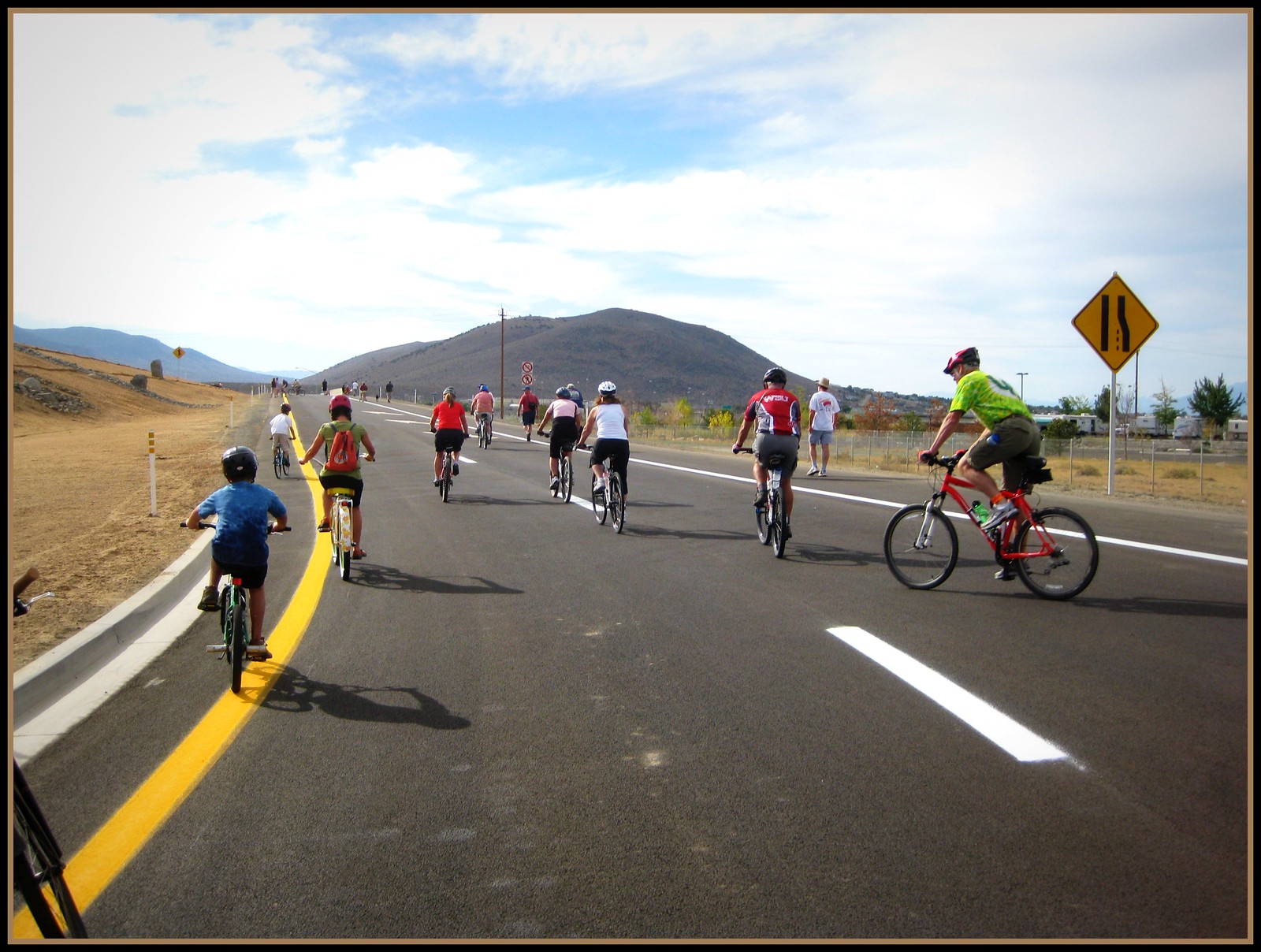 I’m back from a week of being offline, between fixing up the house, having a birthday party, and going out of town. But now I’m back, and it seems like the one big thing I missed over the weekend was the Carson City Freeway Fun Walk/Ride. This was the chance for everyone to take a stroll, or a jog, or a bicycle ride on the new Carson City Freeway between Hwy 50 and Fairview. We went to the last one, in 2006, when the first phase of the freeway opened, but we missed the one for Phase 2. Bike Carson was there, though, and has a report with plenty of photos. The Nevada Appeal also ran a story on the event.