In the last couple of weeks the Casino Fandango has started putting the final finishing coats of stucco and paint on their new Marriott Hotel tower. The exterior walls have gone through a lot of color changes lately, as all the different layers were applied. Gray, blue, yellow, white, gray again. It led to a whole patchwork being on display on South Carson Street. But now the actual colors are going up, a palette of muted browns and tans than blends in nicely with the hills behind the resort. It looks very nice, even if it doesn’t match at all the blue and white facade of the parent casino next door. Oh well, it’s not like the Fandango even tries to match itself, what with their recent Tuscan overlay on only one corner of the building. 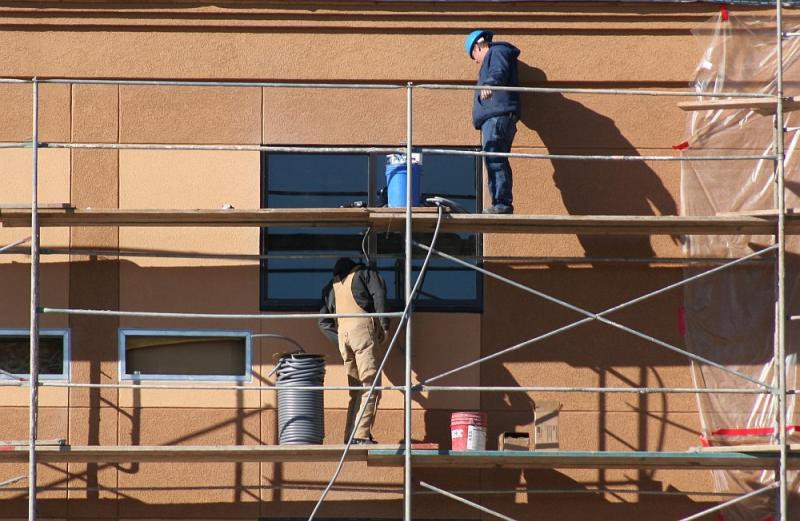 When this is done it’s going to be the nicest hotel in all of south Carson, and it will be right up there with the new Holiday Inn Express and Hampton Inn at the north end of town. It might even beat those too, as well, becoming the best place in town to stay. Of course if the Ormsby House were ever to be finished, they could give the Fandango a real run for their money. Or when Jethro’s is open (not for two years at least, given an August 2008 start date), there will be some competition to the south. But for now, the Fandango just insists on stomping all their rivals, and making sure everything they build is the biggest and the best in town. Seems to be working for them so far.