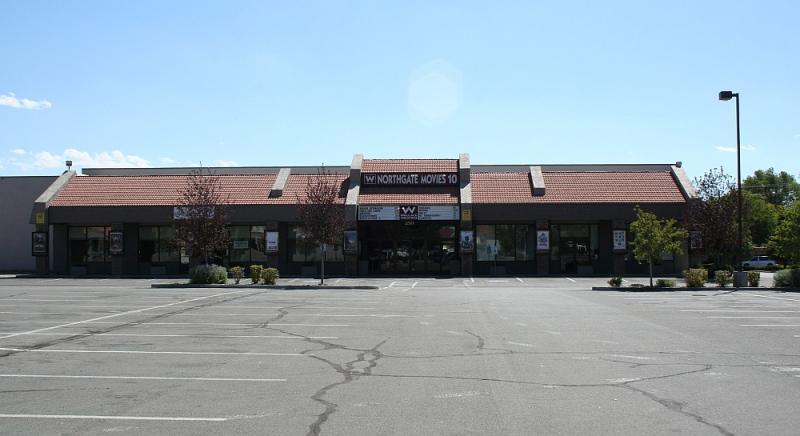 The Nevada Appeal has an article today about exactly how much trouble the Northgate 10 movie theater is in now that the Galaxy Theaters has opened. Of course the consensus around town is that the theater is going to close; it’s just not up to competing with the new Fandango Theater. I mean, even before the Galaxy opened, people from Carson City, even people who lived on the north side, near the Northgate Theaters, would travel to Minden or Reno to see a movie because Northgate is just that nasty. And this article brings home all those points and more. Even the Carson Chamber of Commerce is betting on them “going away very soon.”

The one conspicuously absent voice in the article is that of the Northgate theater itself. Nobody associated with the theater would comment for the article, not the management or the owners. They’re probably too busy talking to Realtors and scanning the want ads. Or, what I think might happen is they could go the discount route, showing second-run movies for a couple of bucks. When you go to a theater like that you expect it to be crappy and run down; Northgate definitely fits the bill.

The article also segues into a little bit of the history of Carson City’s movie theaters, which is a nice little bonus at the end. Northgate originally opened in 1980 with four screens, and I’m sure it was really clean and modern when it first opened. The problem is that they haven’t kept it clean and modern, they’ve let it slide quite a bit. The two major upgrades they’ve done is add stadium seating to the four original theaters, which was a good choice because everyone hates looking around somebody else’s head, and add six additional screens in 1996. But the problem is, when they added those six screens they built them about the size of closets, and they put them at the end of a long, cramped hallway. Those extra six screens always seemed like afterthoughts, like they built them as cheap as they could just so they could say they had ten screens. Not a way to impress customers.

But Northgate was always the “big” theater in town. The article goes on to the history of some of the other theaters in town, some of which I remember and some I don’t. It briefly touches on the Cinema 50 theaters, which are still sitting empty and abandoned out Hwy 50 next to Scolari’s. I knew the Cinema 50 as a discount house, showing second-run movies for a dollar. Then, near the end of its life, they tried to spruce up business by showing classics, like Singing in the Rain and Willy Wonka. It didn’t help.

The other theater I remember is the Carson Twin Cinema, later called the Carson Cinema 3, which was located in the Frontier Plaza at Winnie and Carson. The theater was around the side of the shopping center, and after it closed it was converted to a billiards hall. You could still see the projectionist windows way up on the wall while you were shooting pool.

Then there are the older theaters that are before my time. The Carson Theater, which was installed in the Old Sagebrush Club building after the Opera House burnt down. That building still survives today as a pawn shop. And the Carson Cinema Theater a couple of blocks north, at the corner of Carson and Washington Streets, which operated from the 1950s to 1976. That building became Chuck’s Golden Spike casino, and then it sat empty for years and years before finally being renovated into the Washington Street Station building that we have today.

There’s even a brief mention at the end of the article about Carson City’s two drive-in theaters. The Spooner drive-in was out 395 past the south end of town, roughly in the middle of today’s Wal*Mart parking lot. And the other drive-in, which they say was called the Sky-Vu, can be seen in an aerial photo that was posted at the No Safe Place blog just a couple of days ago. Look at the large picture here, and search for the semi-circle drive-in near the bottom of the photo. That drive-in was on the same land that is now occupied by the Northgate 10 movie theater.

So, this means we might have discovered a solution to Northgate’s woes. What they need to do is look the future by going back to the past, and tear down that turkey of a movie theater they’ve got there to rebuild the drive-in. I think this is a genius idea that’s sure to be a hit. Drive-ins have been making a comeback lately, I know that just from the crowds we have to fight when we go to the drive-in in Sparks. You can take your kids and not have to worry about them screaming or crying (just pop a DVD in the back seat if they get bored), you can bring your own snacks instead of getting gouged at the counter, you can talk through the movie all you want without getting shushed, but you don’t have to listen to others talk. It’s not an experience for everyone, but there’s enough of a base of customers out there.

So there’s an opportunity waiting out there, and Hollywood Theaters just needs to have the balls to go after it. They can keep struggling with their dirty little theater, showing movies to teenagers for a buck, or they can really turn things upside down. Raze the whole building, and put in a drive-in. If they take over part of the parking lot and the empty lot next door, that’s probably enough room for two screens. Or sell the whole lot of it, and find an empty piece of land somewhere to build it with four screens. Maybe on the Lompa Ranch, it’s going to get paved over soon anyway. And do it right. Digital projection, gourmet food at the snack bar, all the perks and amenities. People from Carson and Douglas would flock to it, especially during these warm summer months. If it’s done right it could be a huge success, something that the Northgate Theater is never going to be again.