First Methodist Church Then and Now 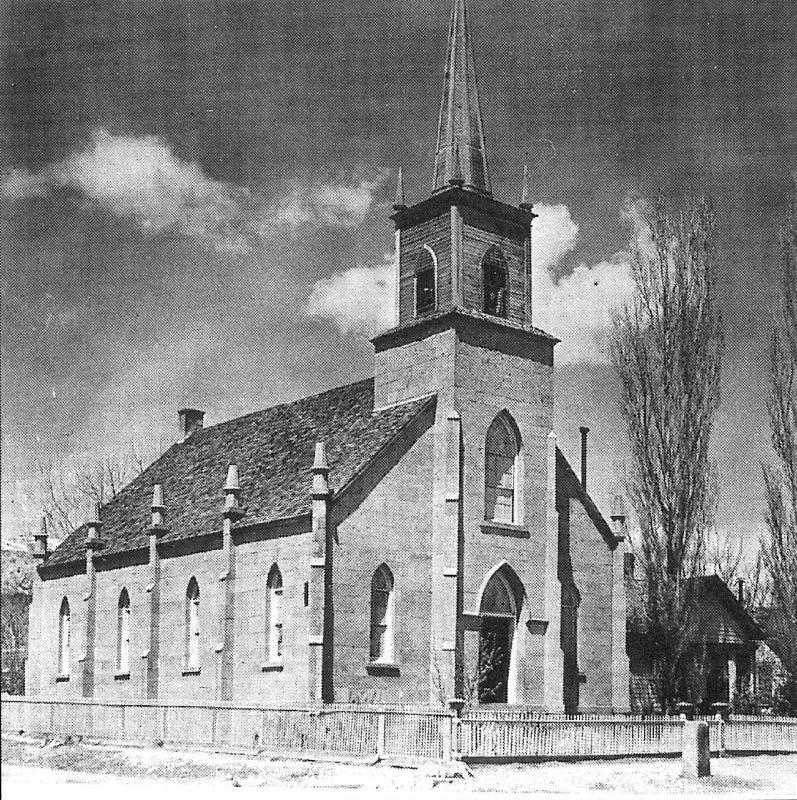 This imposing structure is one of Carson City’s first churches, the First Methodist Church at the corner of Division and Musser. It was the second of Carson’s “Big Four” churches to be completed, holding its dedication ceremony on September 8, 1867. The Presbyterians were first, building their sanctuary at Nevada and King in 1864. Next came the Episcopalians, one block north of the Methodists, in 1868, and finally the Catholics got their act together in 1870 at King and Thompson. All four of these churches are within a stone’s throw of each other, and with the exception of St. Teresa’s Catholic church, all of them still hold services each Sunday to this day. Very few modifications have been made to the Methodist Church, mostly in the way of expansions in the back and the removal of the wooden steeple. The native sandstone brick that the church was built from has held up beautifully over the decades, and thankfully never been painted. This is the same brick the Capitol and Mint buildings were constructed from, quarried at the Nevada State Prison.

The fence has been removed, the streets paved, and the hitching post replaced by a fire hydrant. But the church is basically the same, and still home to the oldest congregation of Methodists in the state.