The Long John Silver’s restaurant on South Carson Street has been there, I think, ever since I moved here in the mid 80s. The food was never that great, but sometimes you’re in the mood for some greasy fish, you know? And hushpuppies. I could probably eat a dozen of those in one sitting. I wouldn’t feel too great the next day, but it would be worth it.

I drove by this week to find the door locked, the restaurant empty, and the word “CLOSED” on the marquee. No explanation that I could find was forthcoming for why the restaurant closed. I guess the popularity of Long John Silver is dropping, at least here in Carson City. A tiny farewell note was pasted in the drive-thru and on the front door. It reads:

This Long John Silver’s has been a member of the community for a number of years.

We will miss our customers.
Thank you for your patronage.

We hope you will visit the Reno Long John Silver’s when you are in town. 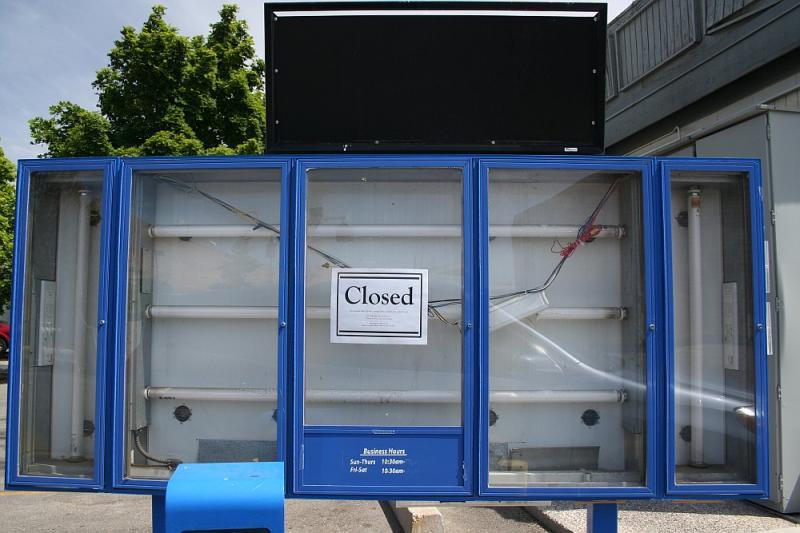 I’ll always remember this as the place where you never quite got exactly what you ordered. We would get Long John Silver’s to go, and sometimes if we were lucky we would have a few extra pieces of fish, or coleslaw when we asked for fries. On the unlucky occasions, we’d only have three dinners in the bag instead of the four we paid for. But the service was consistently inconsistent, one of those things that’s charming at first but pisses you off after the tenth time it happens.