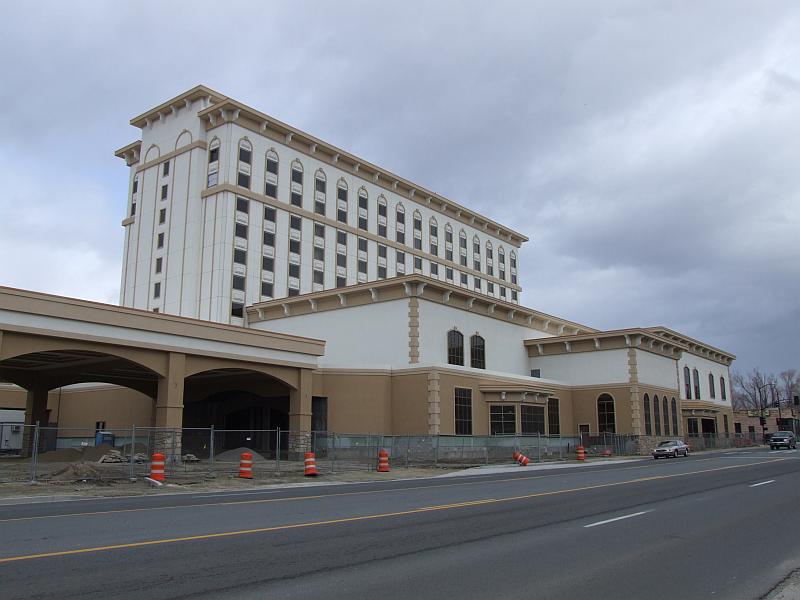 The Nevada Appeal today has a shockingly content-free article about the Ormsby House on the front page. The only real point to the article seems to be that work has stopped, and there are a couple of interviews that confirm that, yes, indeed, work has stopped. But the one big thing that goes unanswered is, “Why?” No reason is given for the work stoppage, which is kind of strange, even for the Ormsby House. In the past when they’ve given interviews they’ve always be careful to place blame on the city, or the permitting process, or some kind of surprise they found when they opened up a wall. But this time there’s not a word about what’s holding them up, just a vague “waiting for drawings” and “waiting for materials”. Both of which wouldn’t hold up any normal construction job, because all of that stuff is usually arranged for months in advance of when it’s needed. “We are working on it diligently,” says the owner. I wonder what definition of diligent he is operating under.

Work is supposed to resume in “a few months”, with 50-100 workers back on the job by then. The aforementioned drawings are given as a reason that they’re not at work now, but there are things that need to be done that don’t require drawings. Like finishing up the rockwork that was abandoned months ago, with shims still in place. But at least they have big plans for the summer. The contractor says that if they work really hard, nothing unforeseeable happens, and if we don’t have an early winter, they can finish the parking lot this summer.

The Empire State Building was built in a little over a year. The Golden Gate Bridge took four, and Hoover Dam five years. The Ormsby House has been closed nearly six years now. That’s longer than most TV shows run. There are children in kindergarten that were born after the OH closed. Thousands of people have moved to Carson since then, that don’t even remember when the Ormsby House was open. We’re starting to get to the point where we’ve run out of slack to give the owners. The delays were reasonable at first, but they’ve quickly progressed to ridiculous. Soon it’s going to become a full-blown Greek tragedy. The Ormsby House has become a joke, just like anything else that long been promised but is constantly pushed back.

The Ormsby House has become the Windows Vista of Carson City.

Actual Work on the Ormsby House