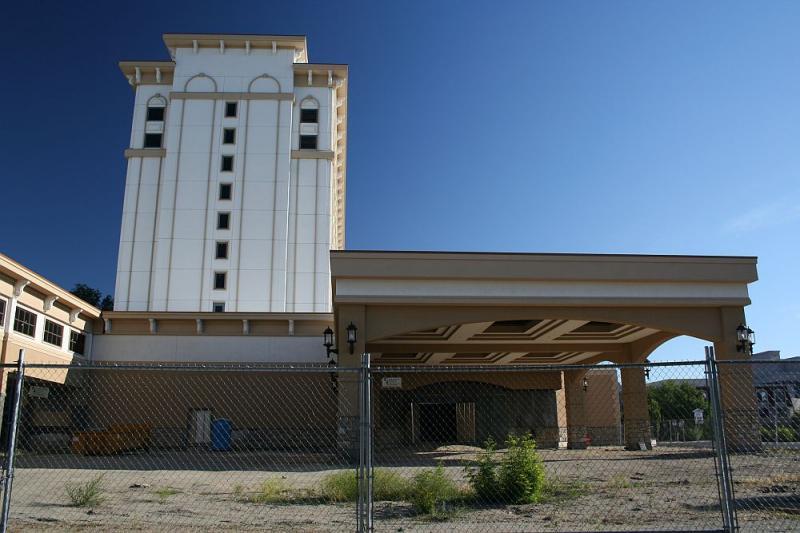 They’re able to say this because they finally have the permits to begin working on the interior, and work should begin next month. It’s such a big story that the RGJ even picked up on it. Although as usual, what’s more telling are the questions that the newspaper didn’t ask.

Plans for the interior submitted in February have been checked and approved by the city, said Developmental Services Director Walt Sullivan, and the permit issued this week allows work for everything except the restaurants.

If they’ve been working on the hotel for over seven years, why weren’t the plans submitted until just this year?

Mayor Marv Teixeira said it was “vital” that the Ormsby House got the permit so work could progress.

It’s so “vital” that it took eight months to issue the permits?

This entire project is an eight-year-long cock up, and the only bright spot is that when they do get any work done, it at least lives up to the level of quality they’re promising. So I have every confidence that when the Ormsby House does reopen, it will be a top-class joint. But I don’t believe the November 2009 date for one second.