In one of the earliest street scenes of Carson City, we find ourselves looking south down Carson Street. The streets are still dirt, and a traffic jam of horses and buggies clogs the street.

This picture was taken right in front of what is today the Capitol Building. in 1863, though, there was no Capitol, and Nevada wasn’t even a state yet. This four-block square had been set aside as the future home of a grand Capitol building, though, by town visionary Abe Curry. When he laid out the town in 1858 he reserved this spot as a public plaza with full intention to build a Capitol there. 13 years later, the Capitol did rise, exactly where Curry said it would.Â  The wooden split-rail fence stayed for another four years before Hannah Clapp won her famous bid to build a new iron fence around the plaza.

In the distance on the right we can see the St Charles Hotel on Third Street, and at the far right edge we can just make out the balcony of the original Ormsby House at Second Street. Along Second Street to the left we have the T. Boyd building, home of the Silver Saloon. I guess the saloon must have kept a steady supply of anesthetic whiskey flowing upstairs to the dentist’s office.

Carson City is still a frontier town here, but as the gateway to Virginia City it is well on its way to greatness. 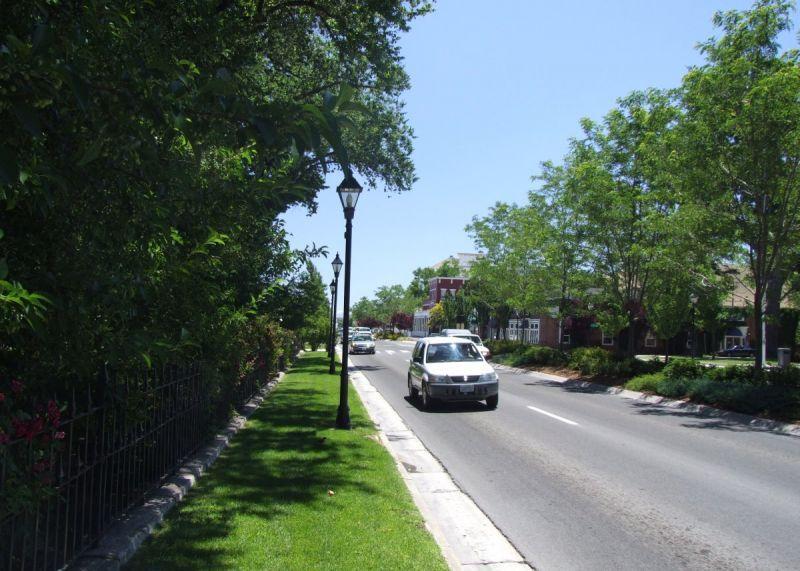 Today Carson Street is much different. A sea of green landscaping surrounds the Capitol, poking through the iron fence that Hannah Clapp had built in 1875. Carson Street is paved, two lanes in each direction, and horses only travel down it during parades. The Silver Saloon is long gone, cleared out to make a public plaza between the Capitol and the Legislature Building.

The one thing still around today is the St. Charles Hotel, which you can still see standing tall at the corner of Third and Carson. It doesn’t seem quite so big anymore, though, surrounded by towering trees and with the hulking new Ormsby House rising up behind it.

And even after 130 years there’s still no sidewalk here in front of the Capitol. But I guess a strip of grass is better than walking in the mud.