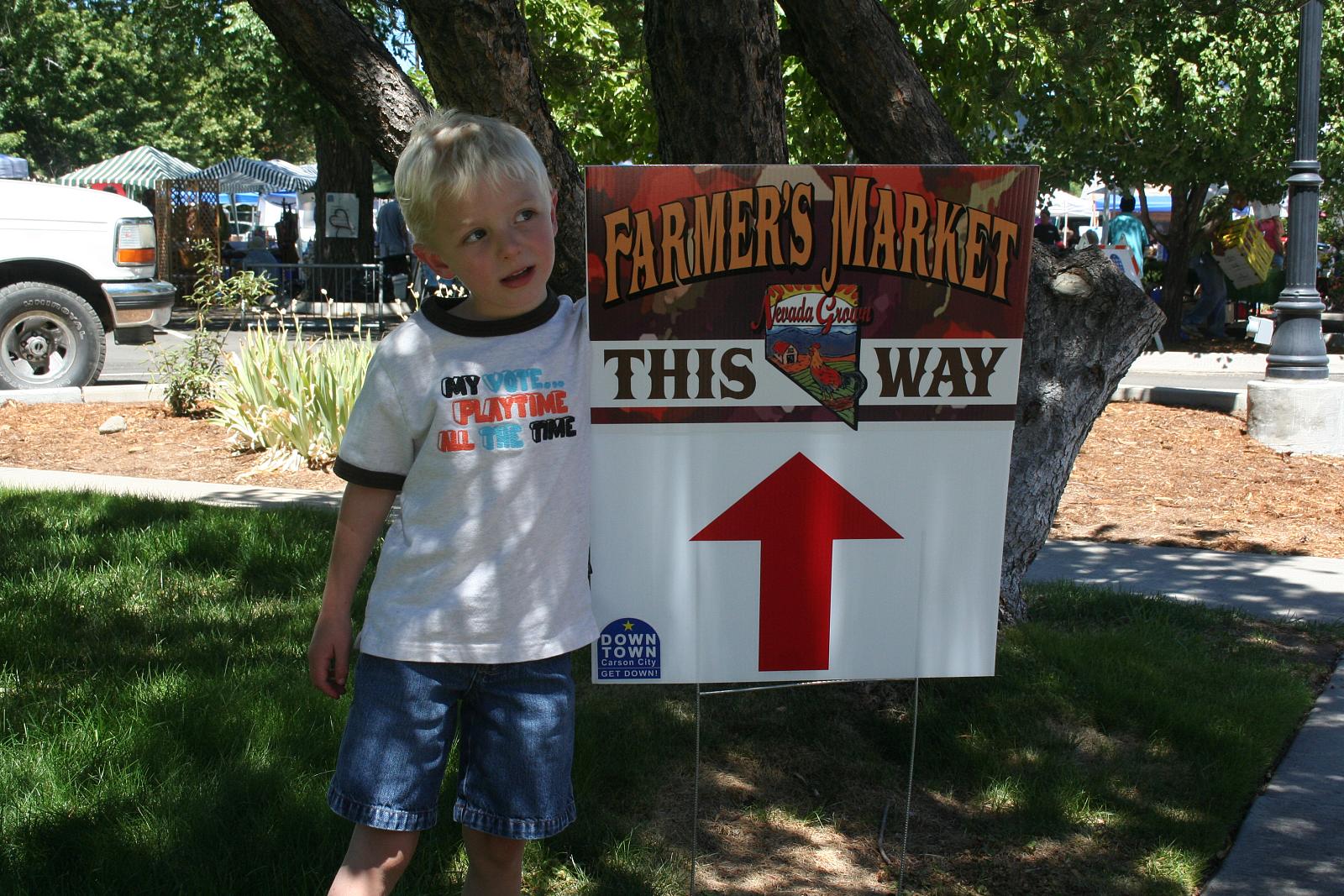 This morning Sam and I went to the Saturday Farmer’s Market, at Third and Curry streets, then took a stroll across the highway to the Capitol Plaza. In a summer when I thought I would have plenty of time to go on downtown walks, I’ve hardly done any, so it was good to get out and do one. Plus it’s both fun and frustrating to go photowalking with a four-year-old, because he has very firm ideas of where he wants to go next, and they rarely match up with where you want to go. Including going back to the car when you’re done. But we enjoyed ourselves.

All the pictures can be found at Flickr. Here are some of the highlights. 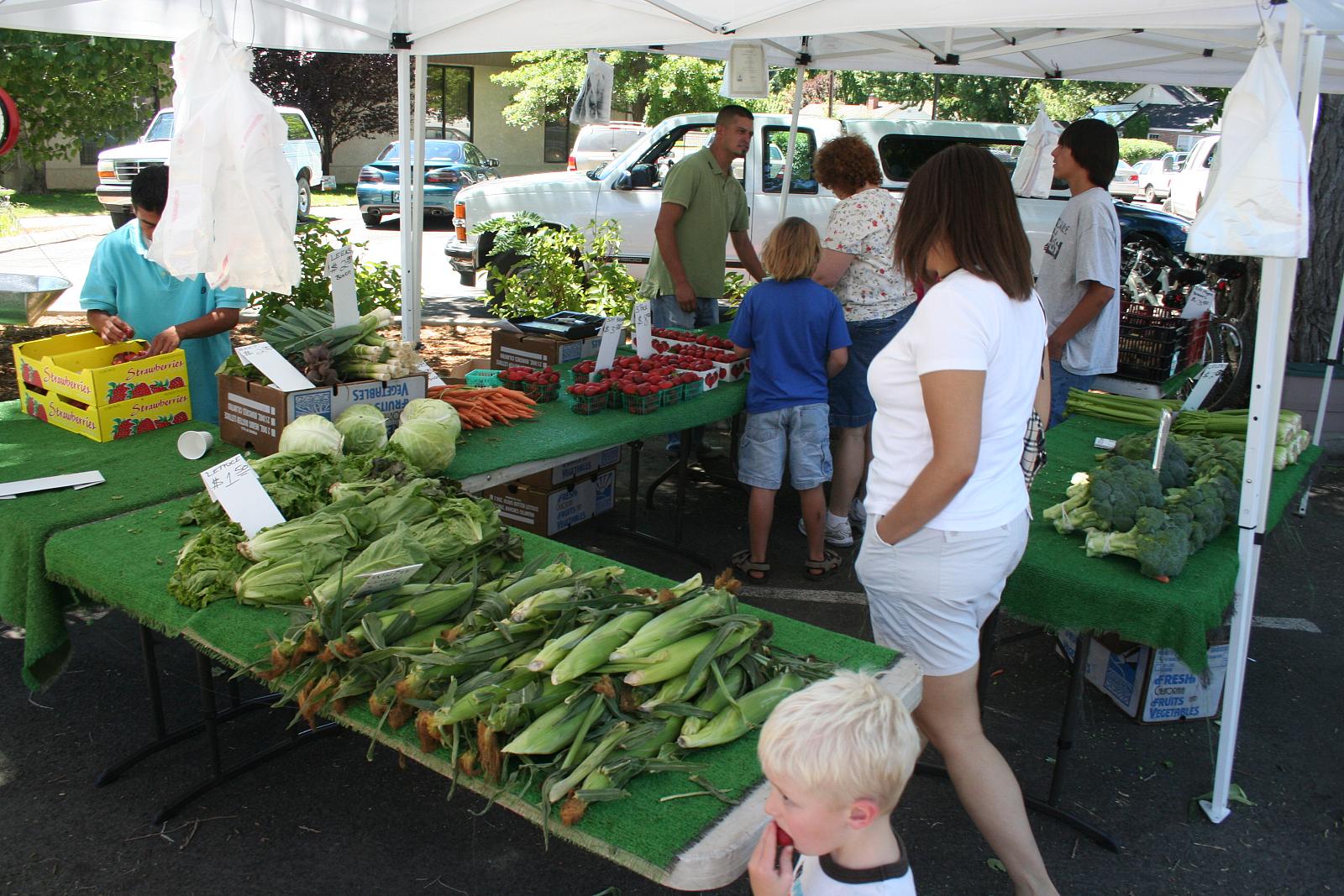 At the Farmer’s Market. Corn and cabbages and carrots and strawberries. 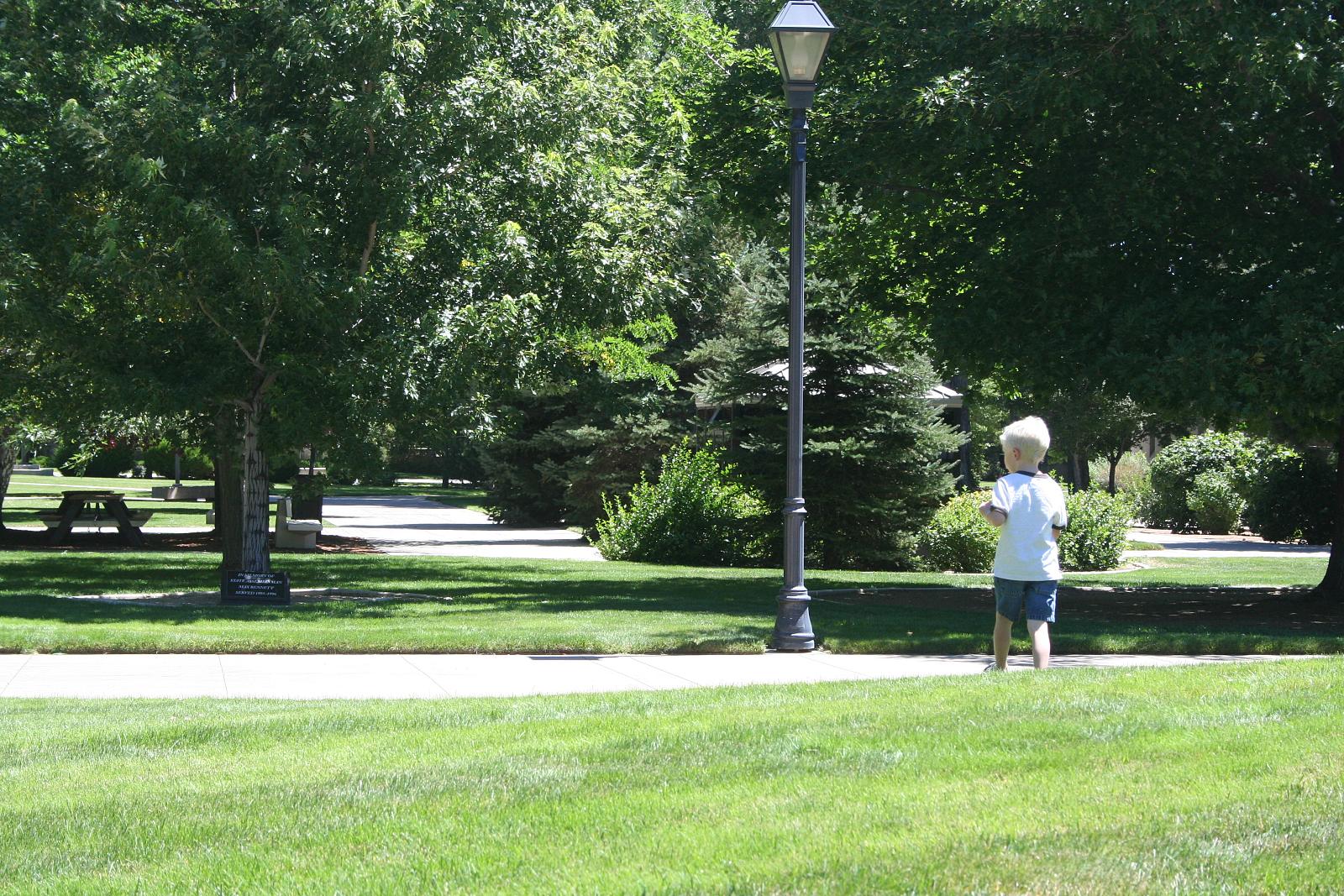 Sammy on the lawn. 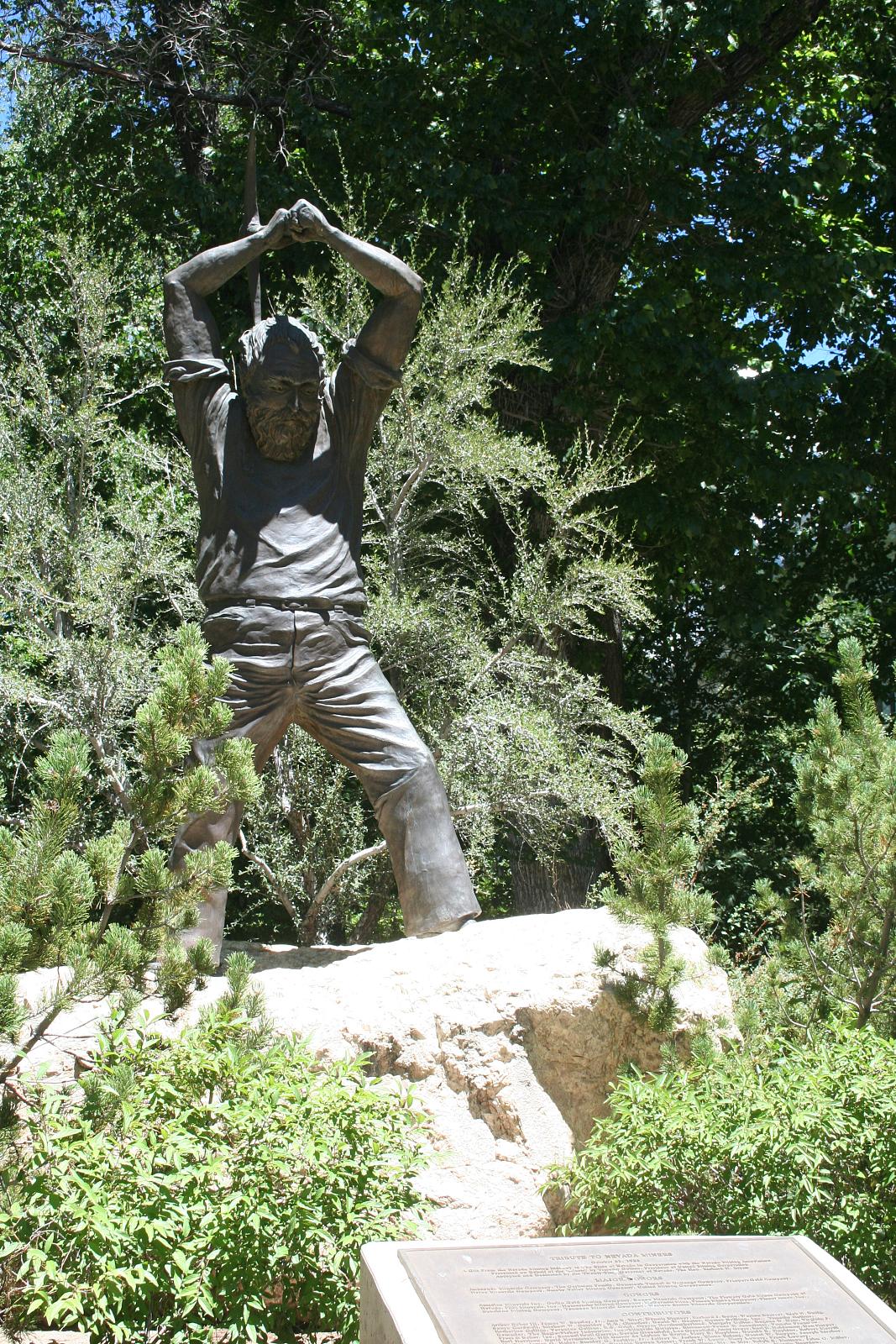 The Tribute to Nevada Miners statue, dedicated in 1983 (Compare to this). 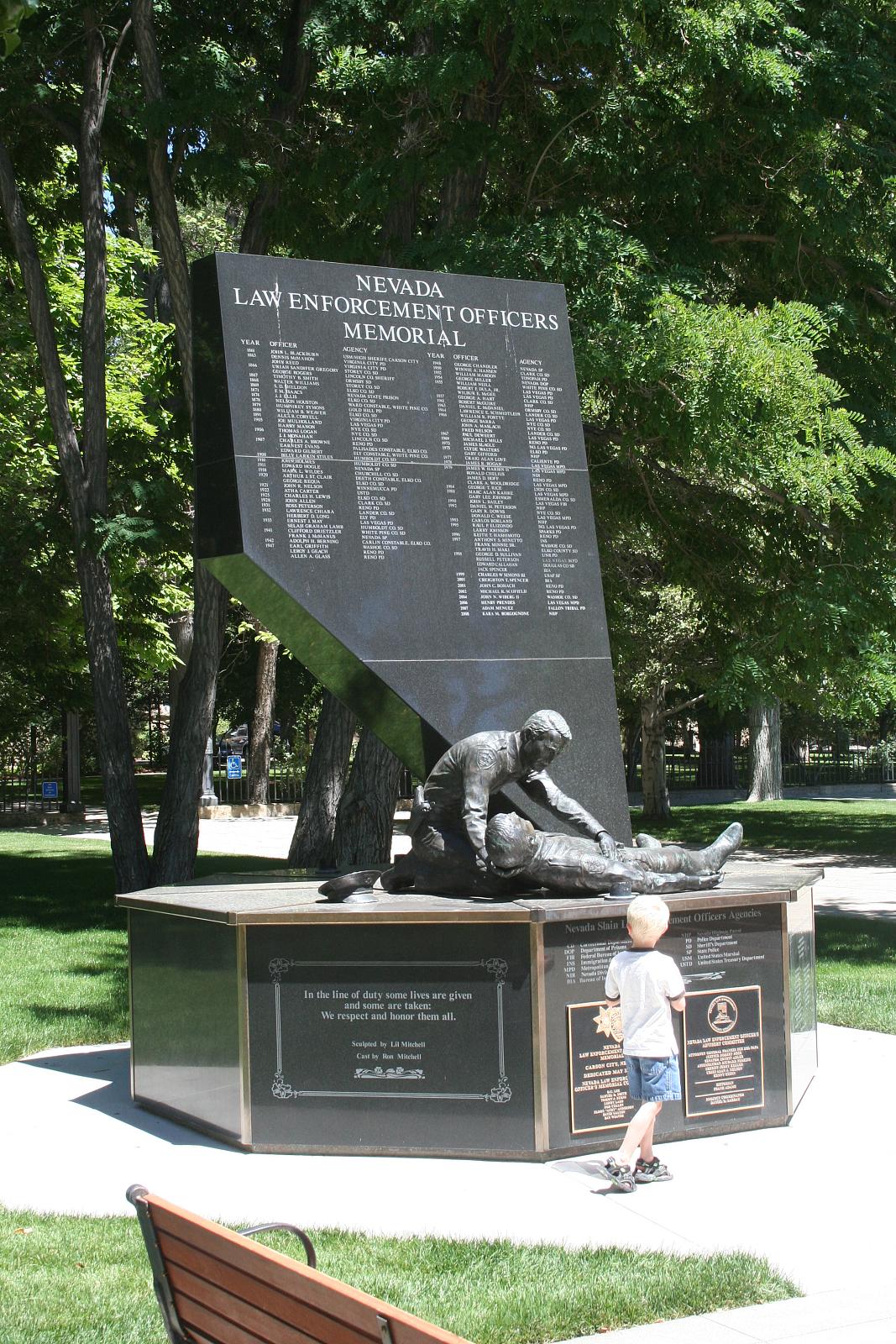 The Nevada Law Enforcement Officers Memorial. Inscribed with the name of every Nevada peace officer killed in the line of duty. 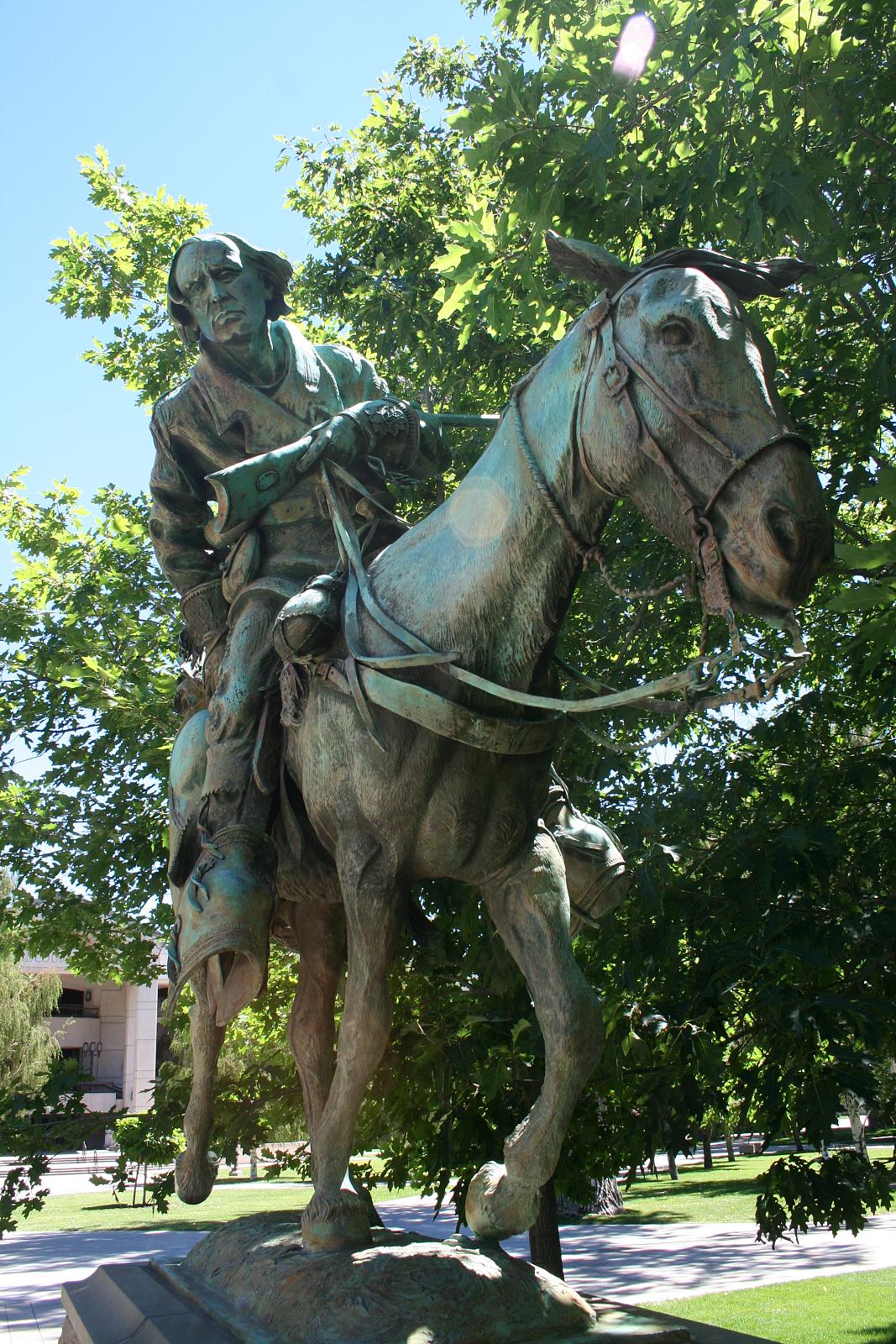 Kit Carson, exploring the wilderness of Nevada on his horse. 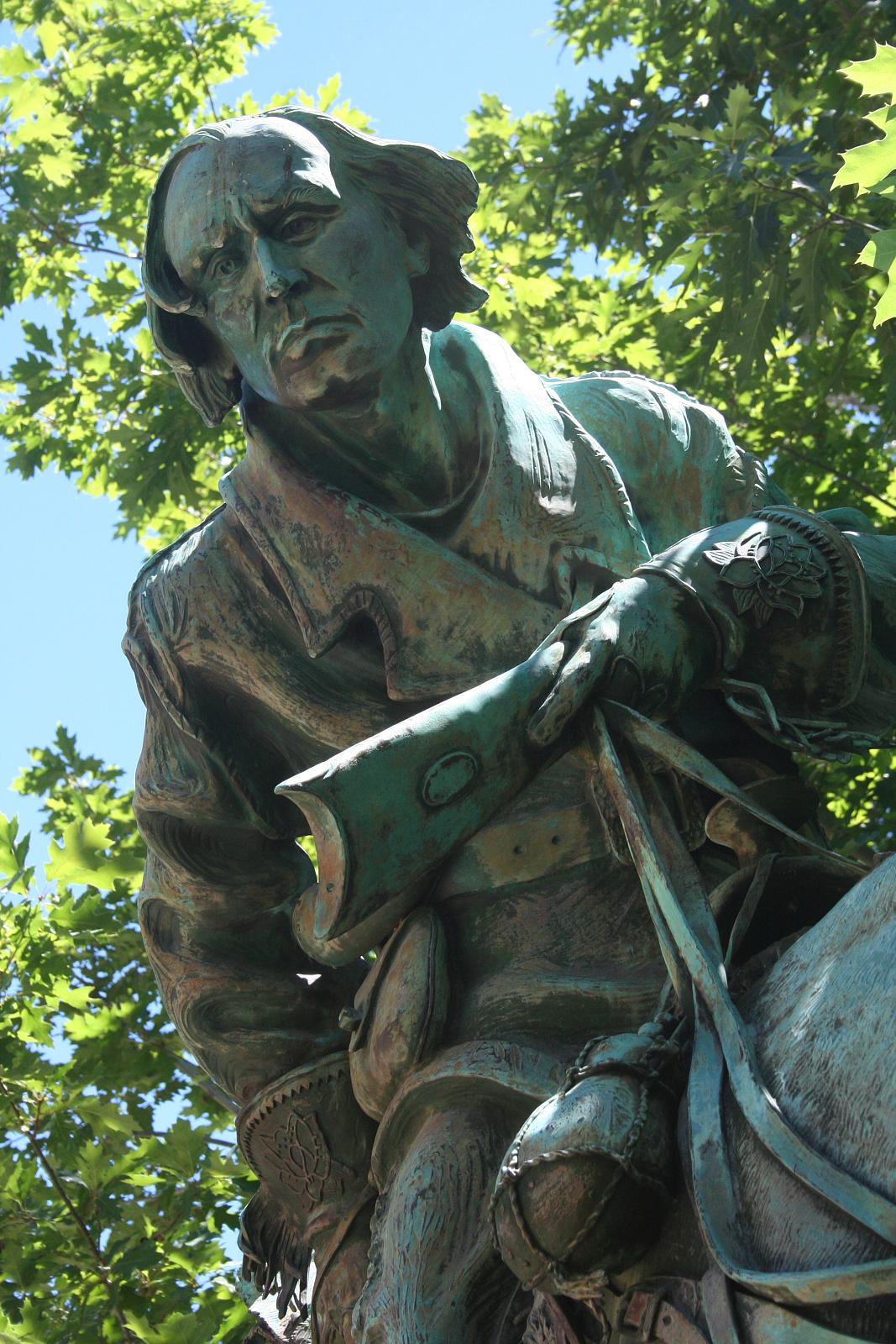 He looks kind of tired. 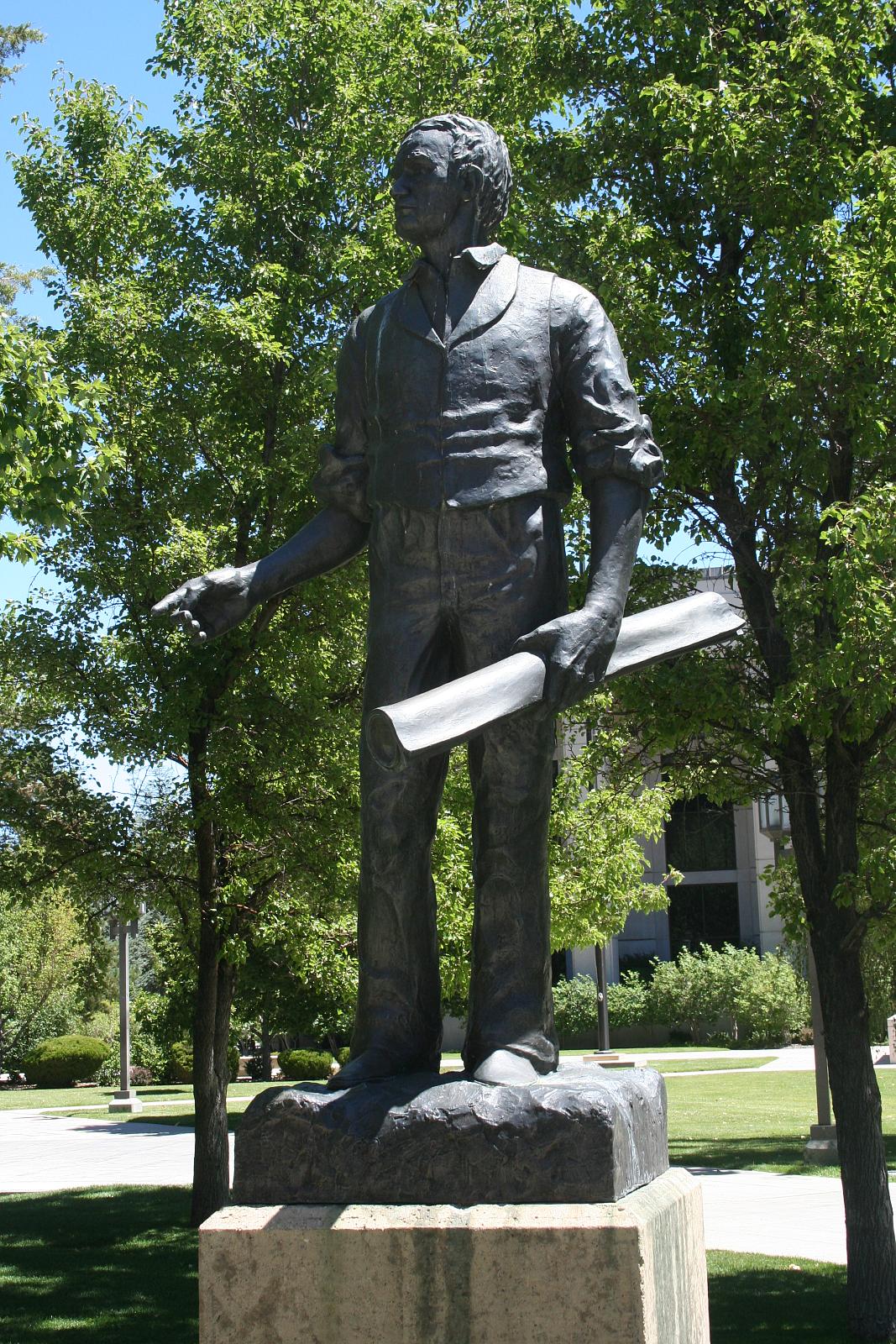 Abe Curry, the “father” of Carson City, carrying a set of blueprints that he used to build one of the buildings in town. 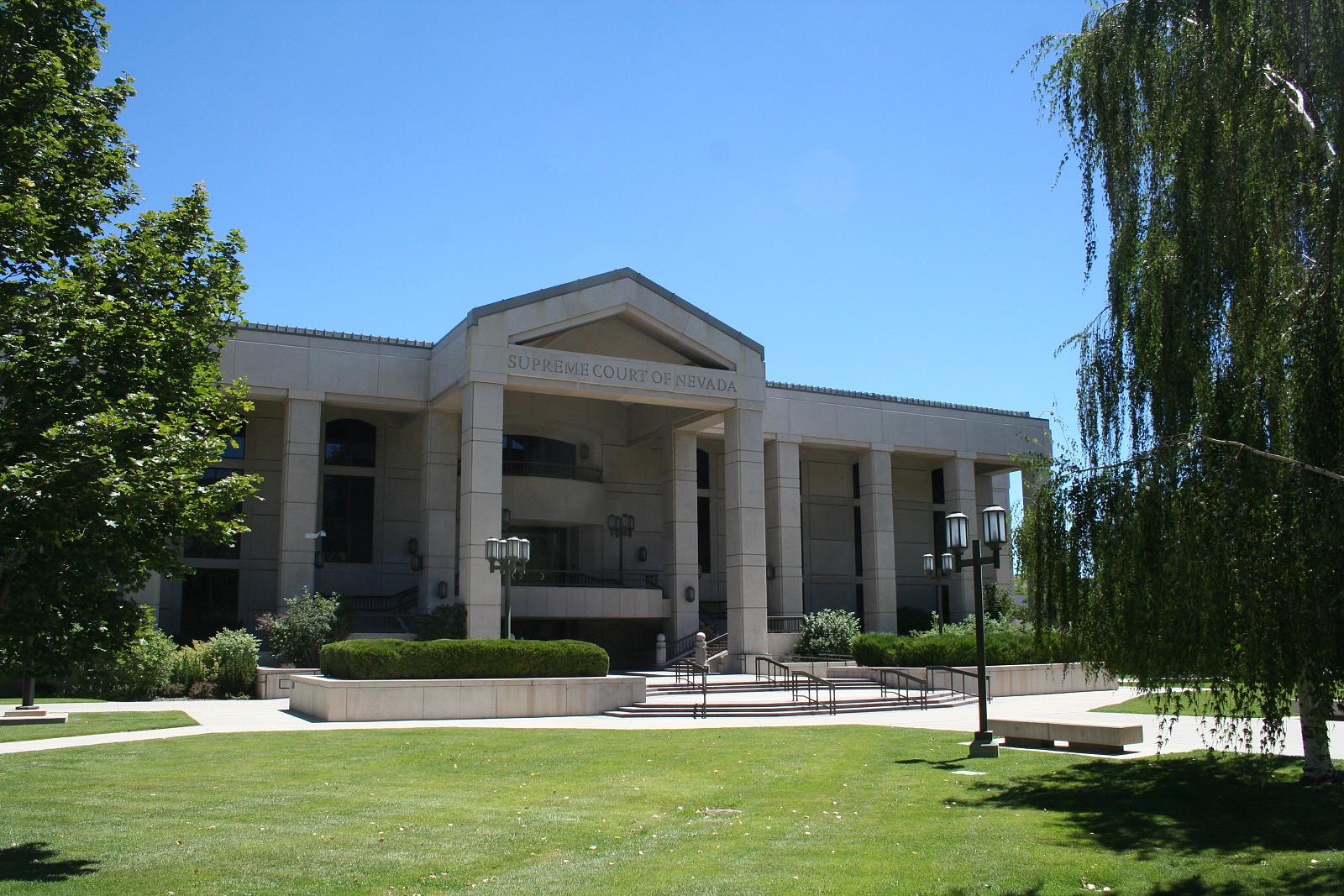 The Nevada Supreme Court building. Built in 1991, it’s the newest of the buildings in the Capitol complex. 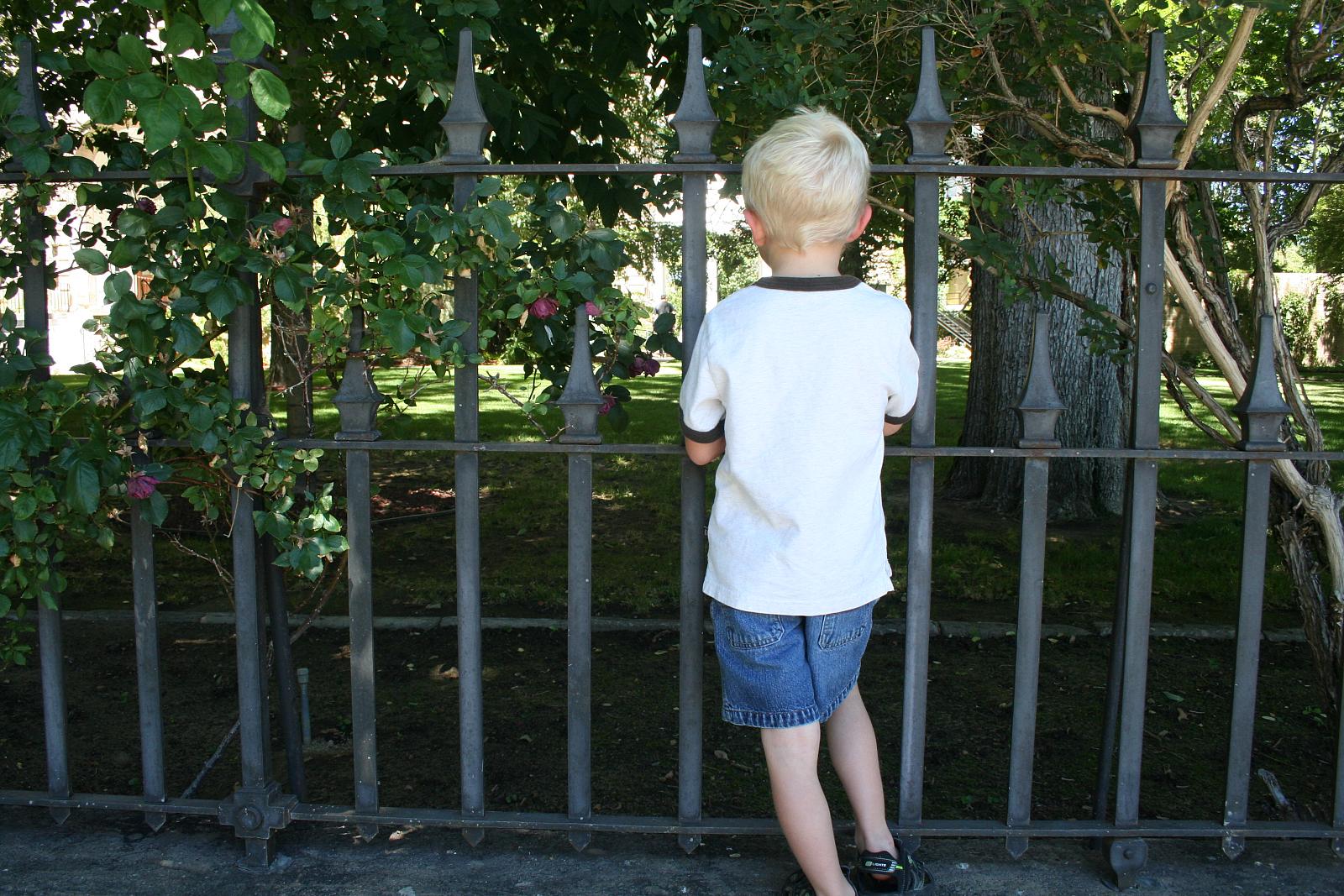 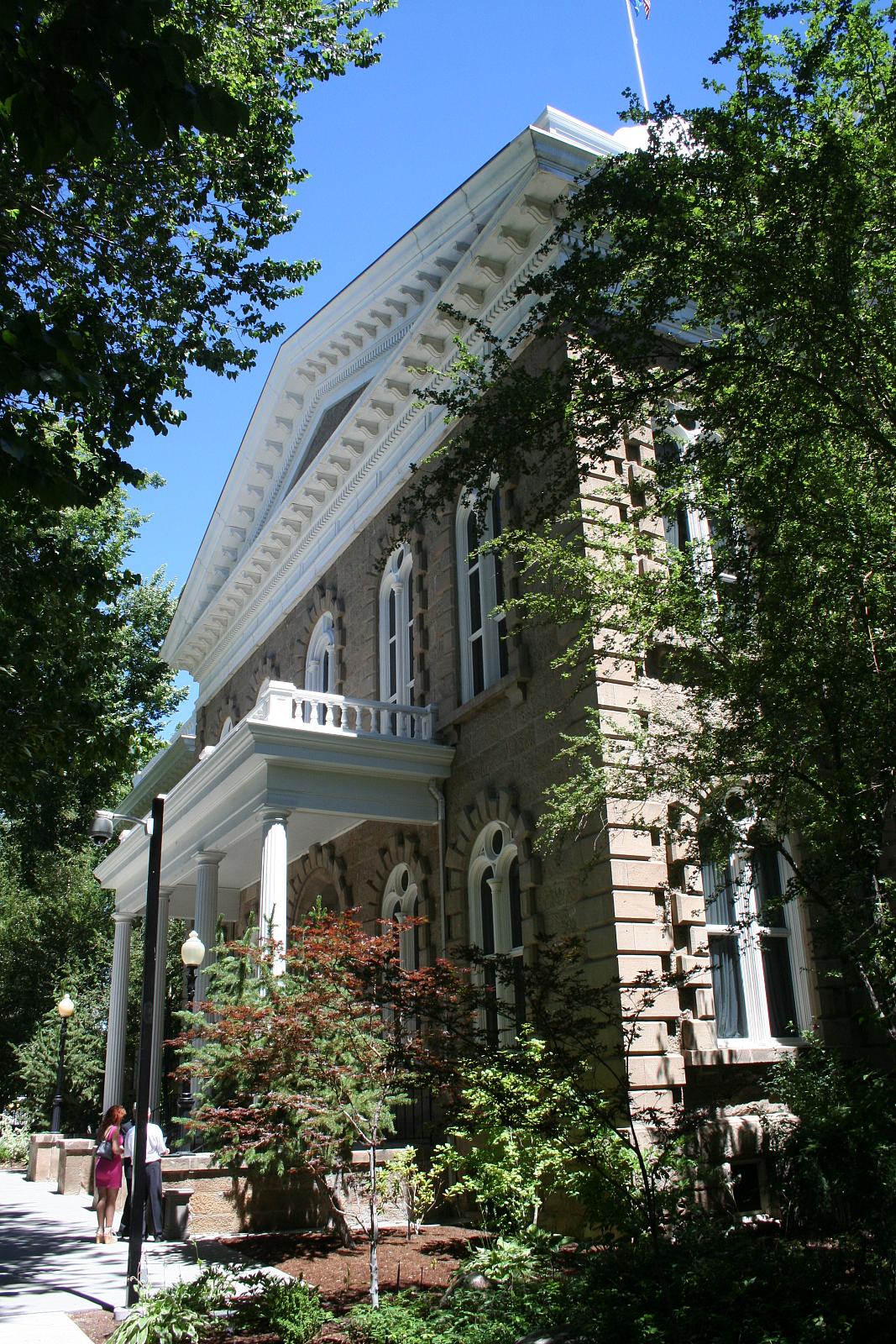 The front entrance the to Capitol. 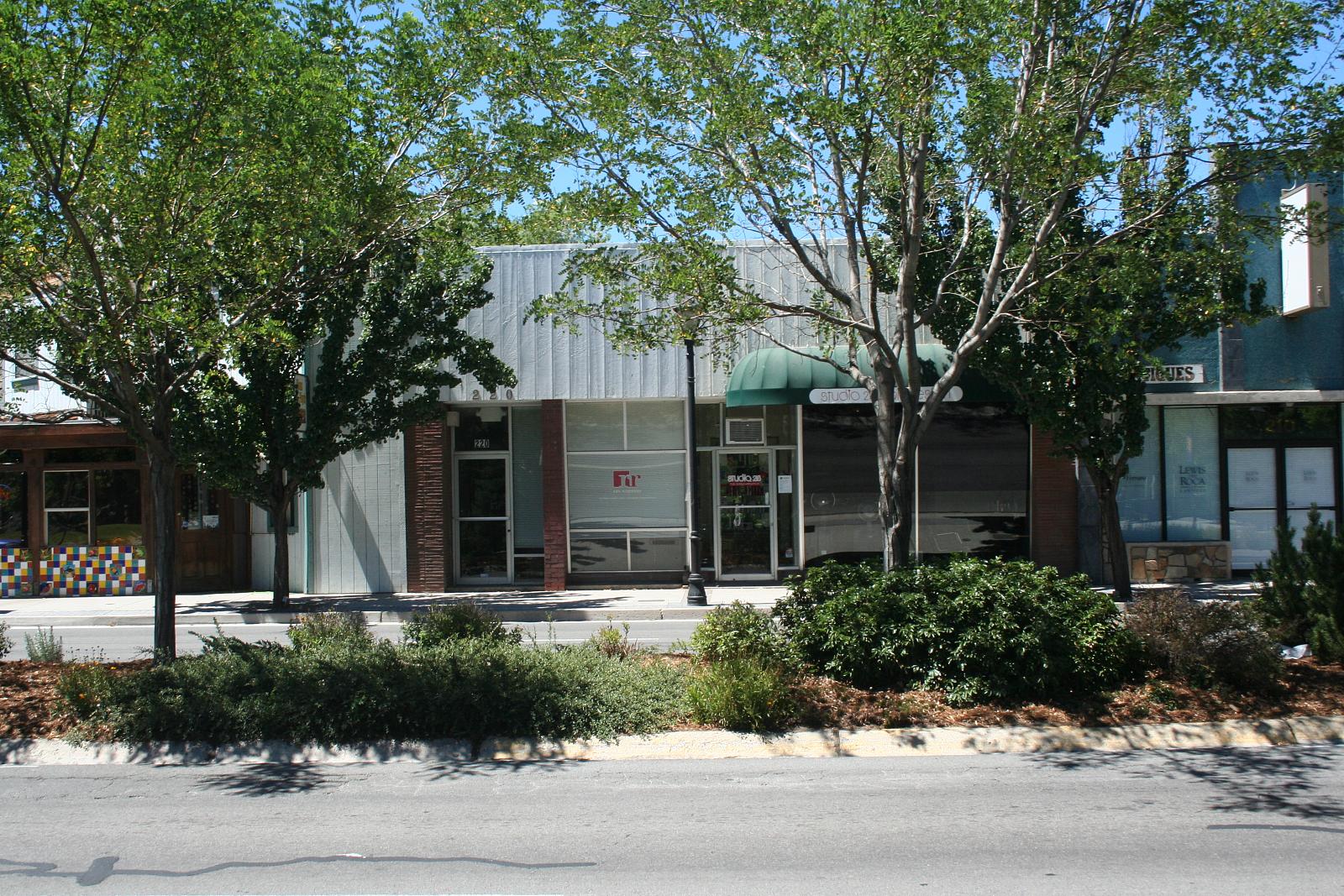 These storefronts on Carson Street could use a little TLC. Their postwar stylings stand out like an ugly duckling, even in a downtown that already has no sense of architectural unity. Hopefully with all the work being done to beautify Third Street lately, some of that will spill over and these stores will get a needed facelift. 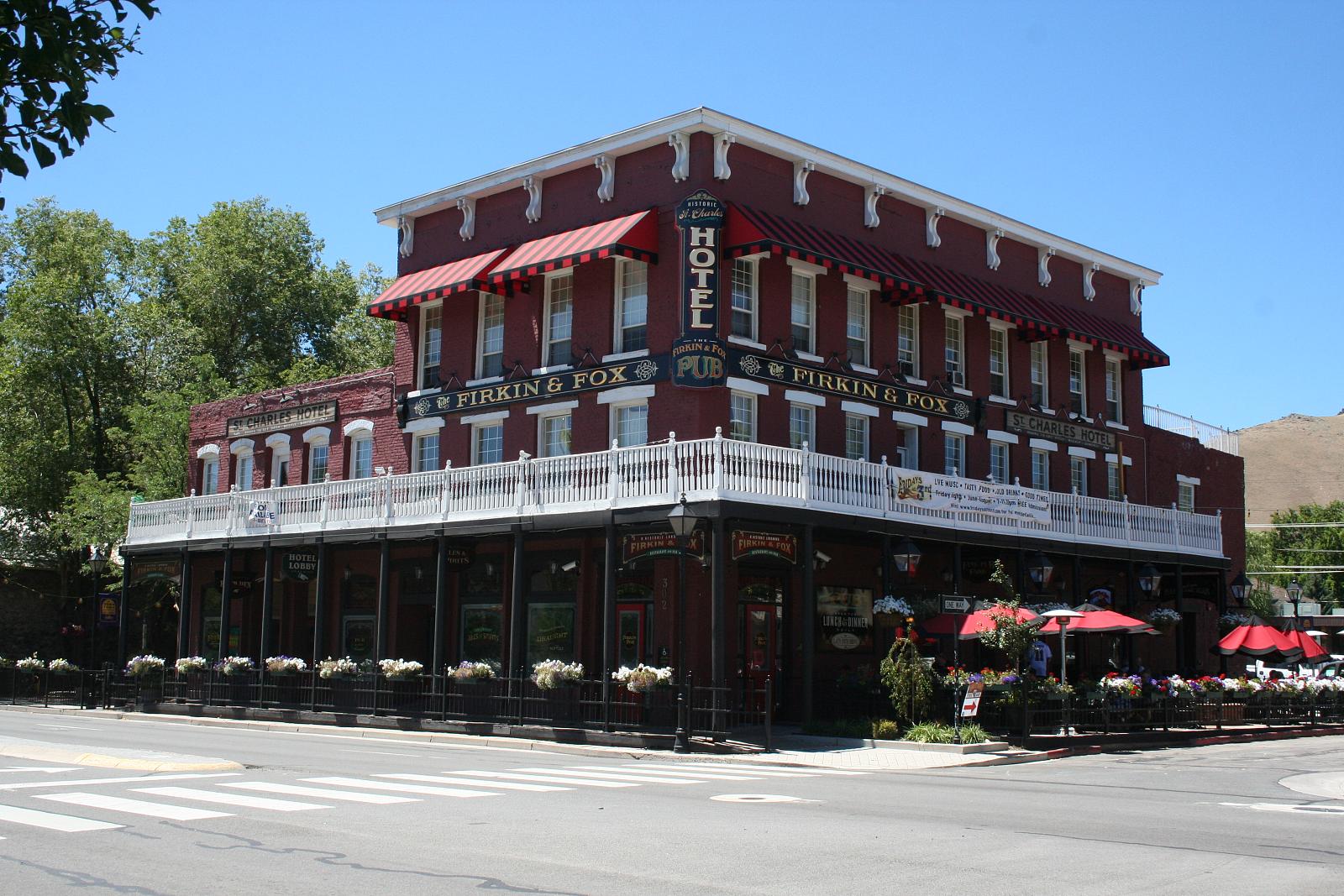 The Firkin and Fox Pub in the St. Charles Hotel has been a raging success, and is playing a large role in making the Third Street area a real destination. 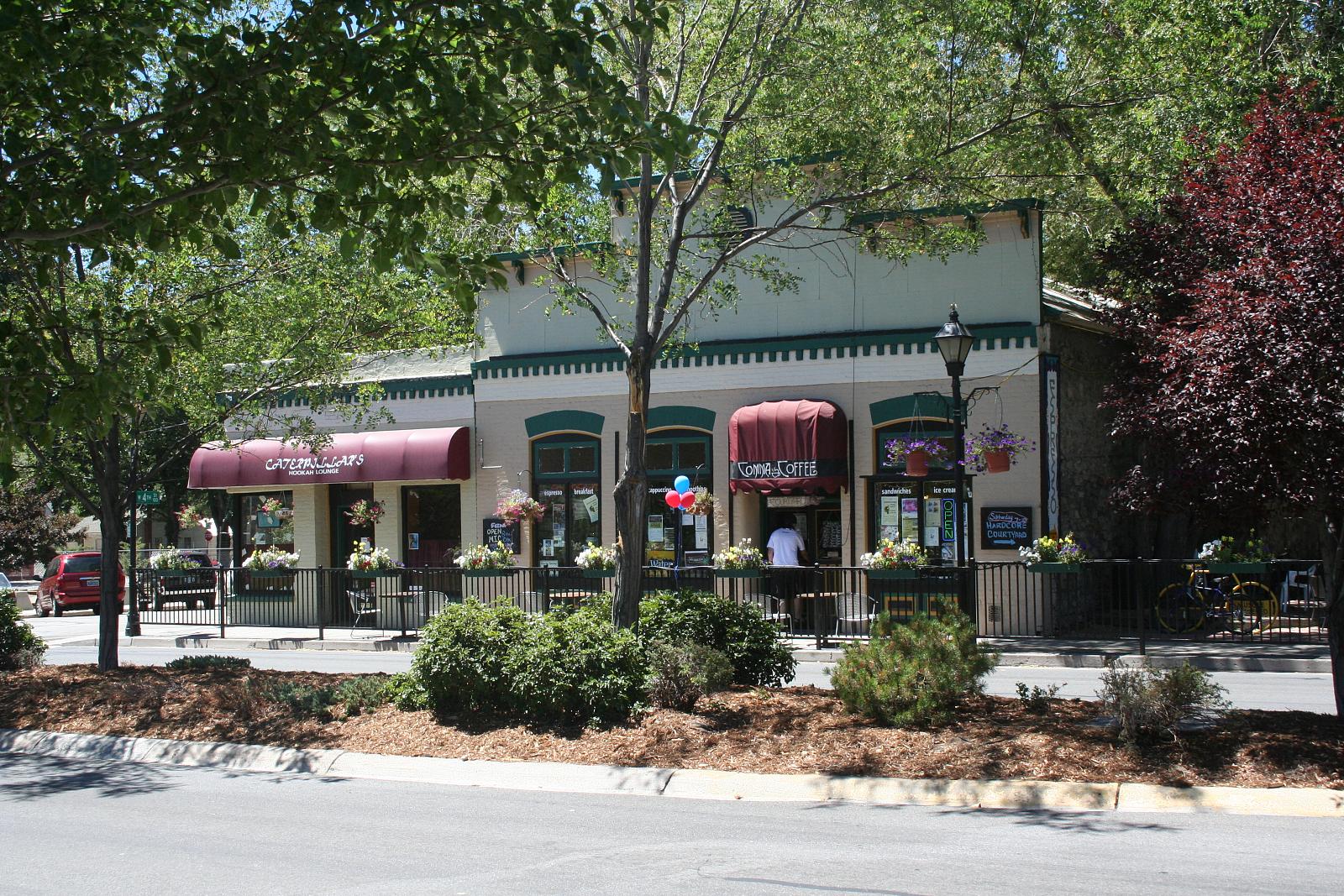 Comma Coffee next door is a nexus for the Carson City arts scene. Probably the most “indie” of all the independent coffee houses in Carson. 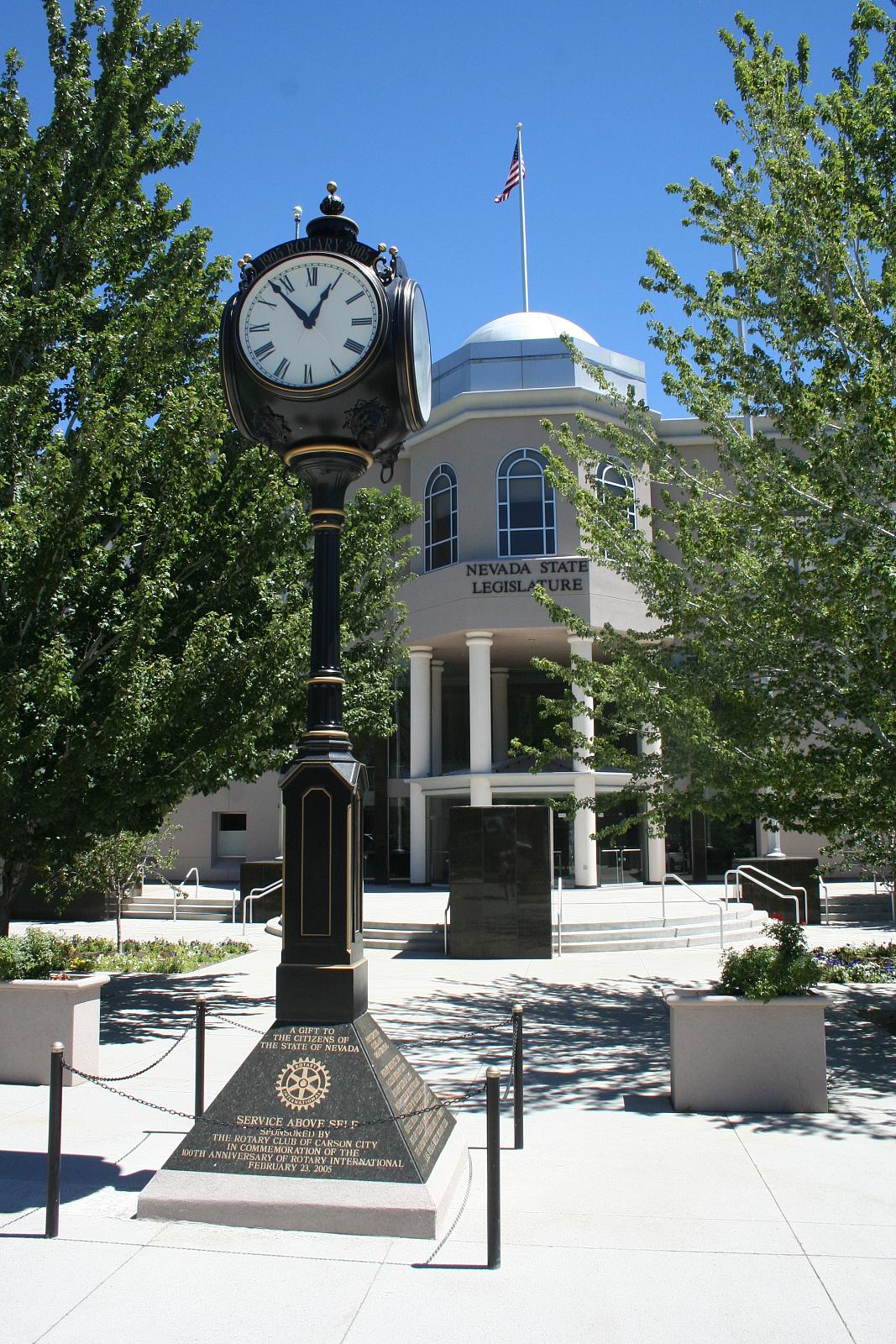 This clock in front of the Legislature Building was donated in 2005 by the Rotary Club of Carson City. 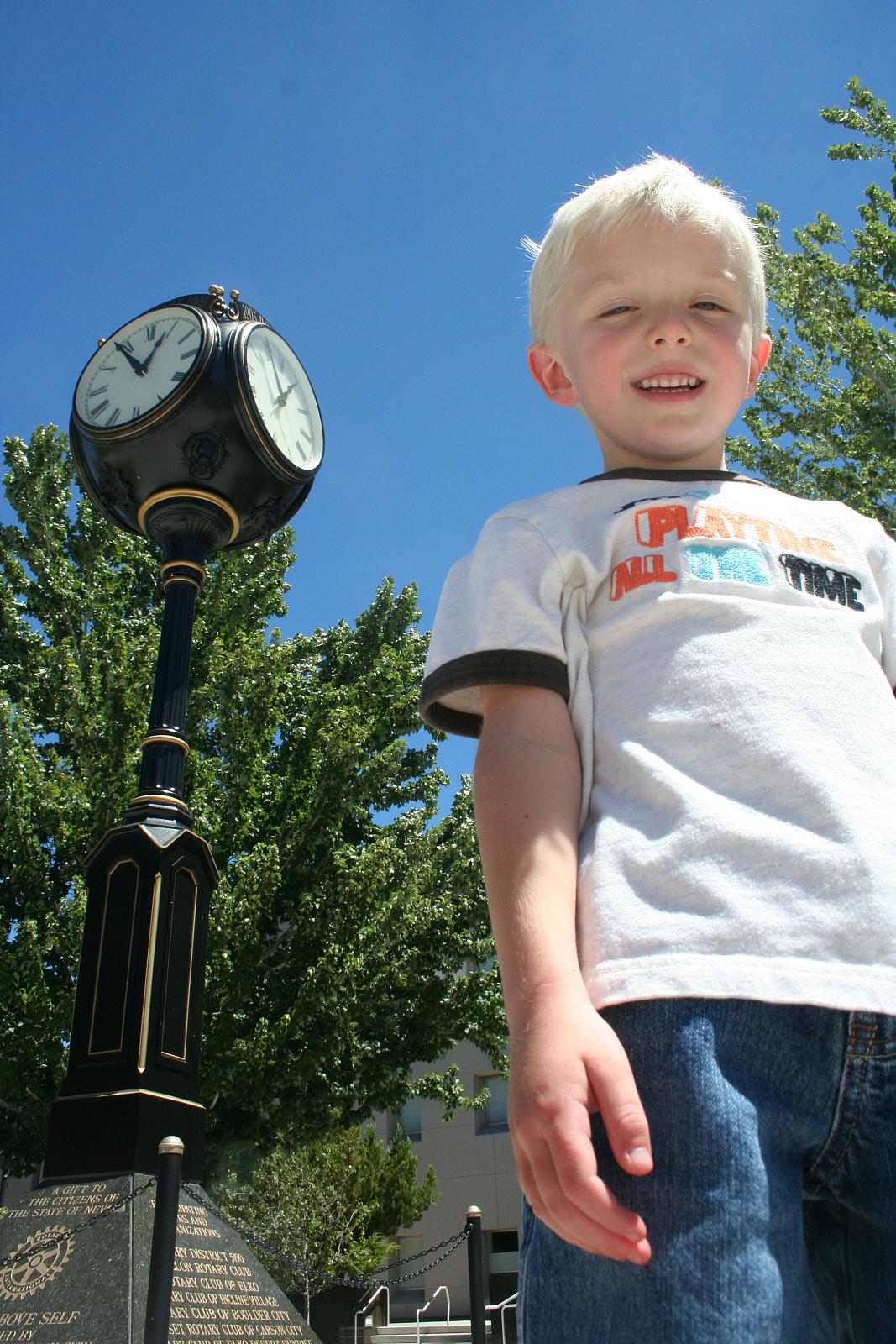 Sam stands proud next to the clock. 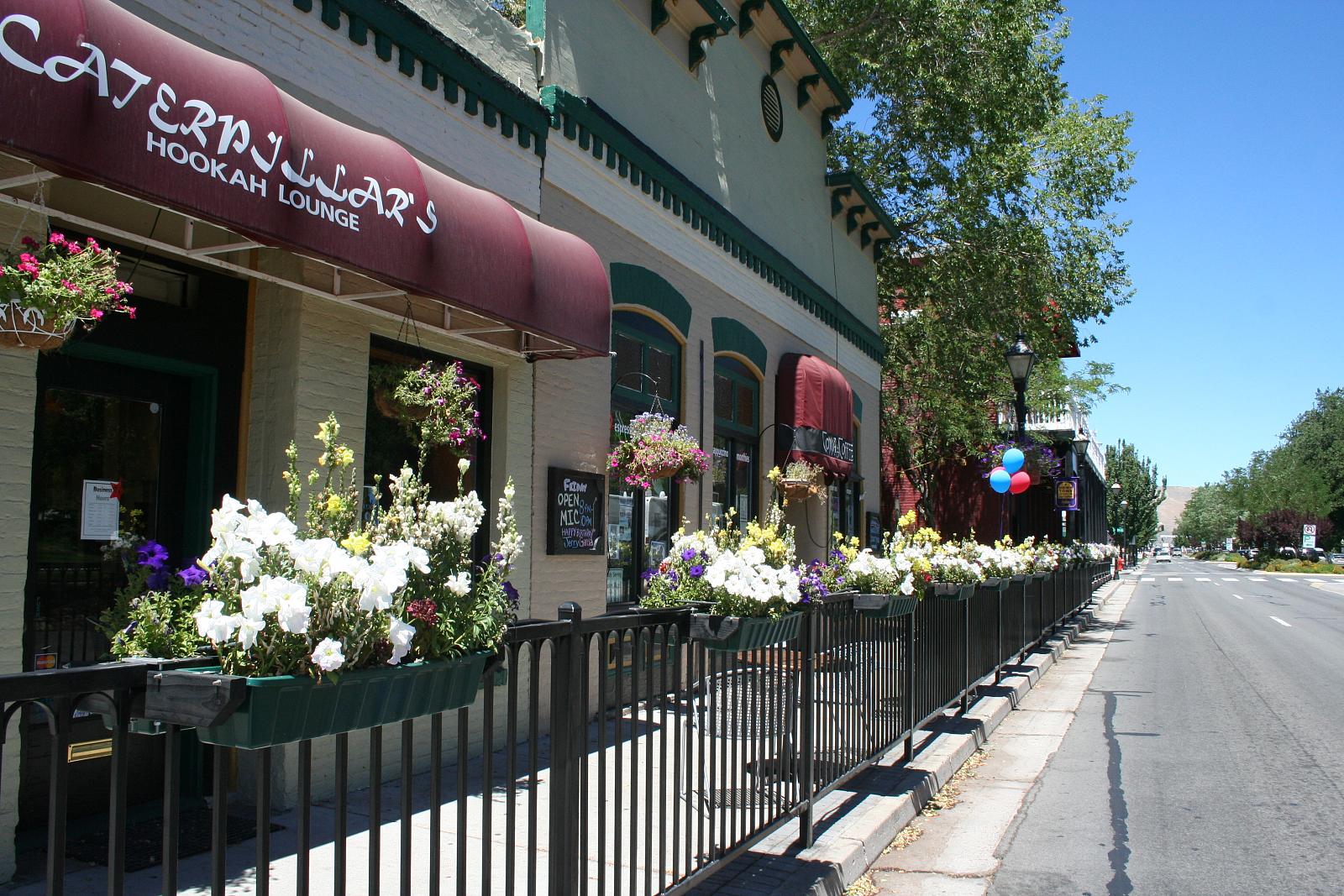 These flower baskets along Carson Street are new this year. Purchased by the Firkin and Fox, they bought enough to stretch the whole block between Third and Fourth streets, even down here in front of Comma Coffee and Caterpillar’s Hookah Lounge. 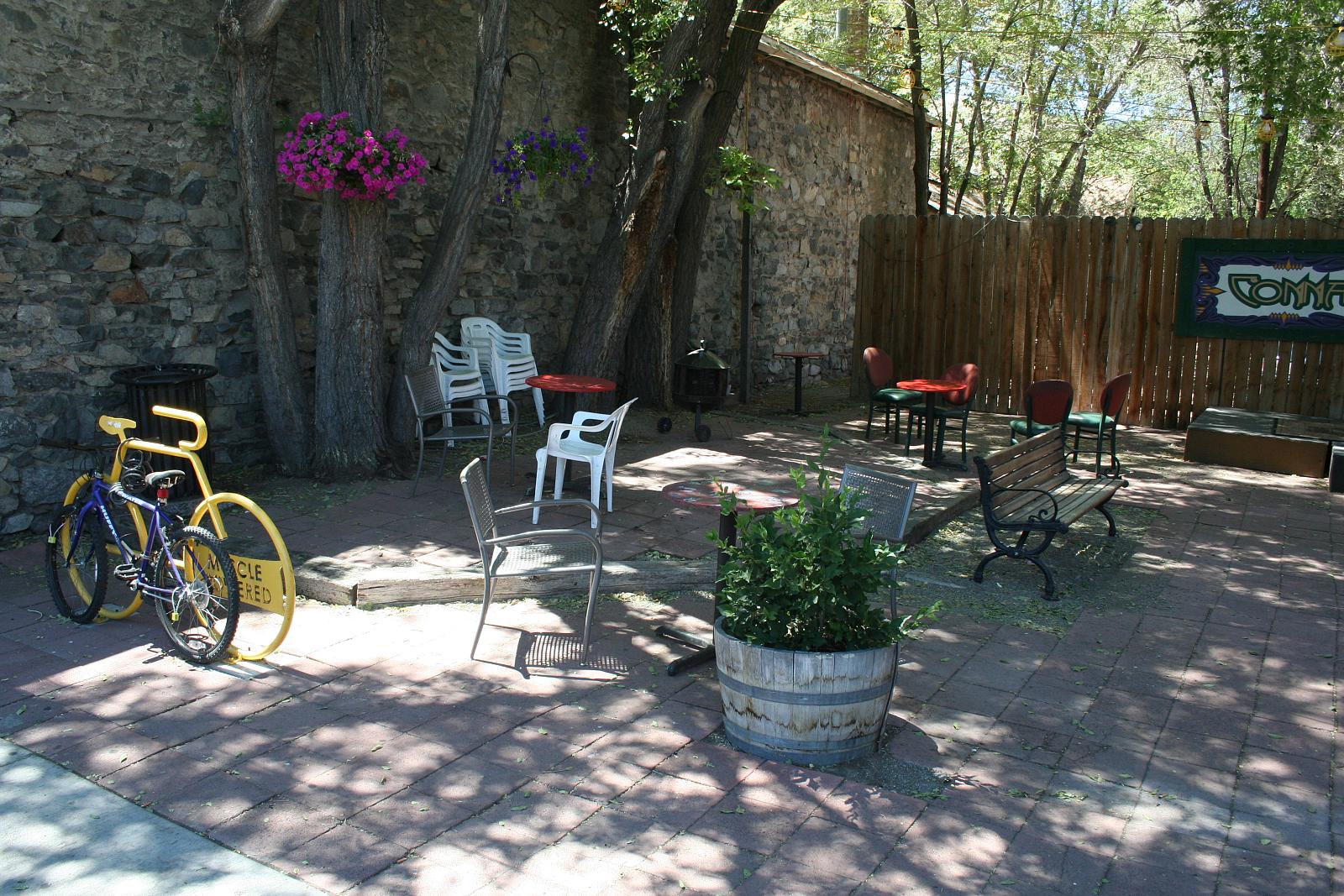 The vacant lot between Comma Coffee and the St. Charles Hotel has been turned into a public square, a shady little park right on Carson Street.