Two more Looking Into the Past photos: 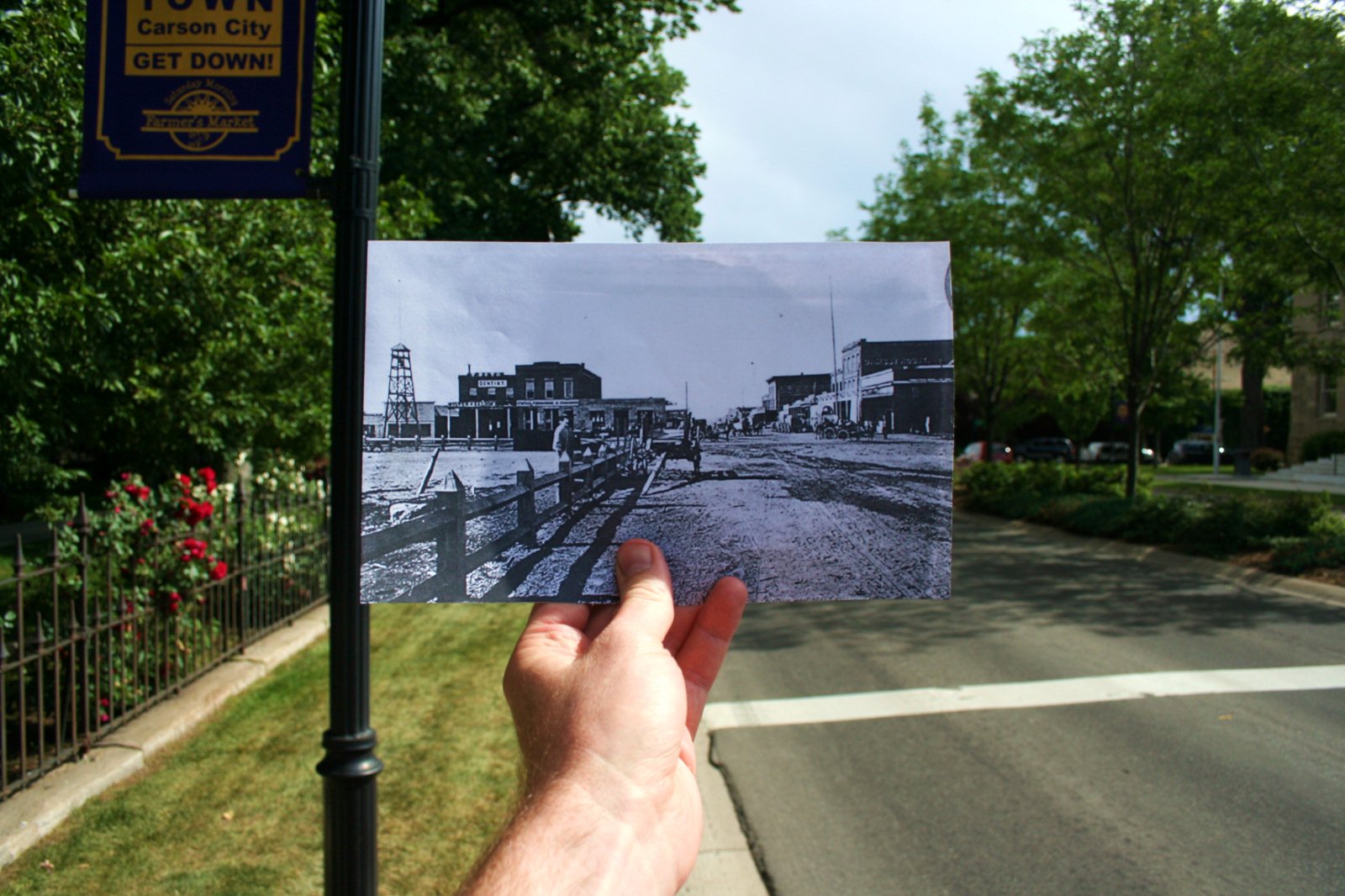 One of the first photographs of Carson City was taken from the very center of town, at the corner of King and Carson Streets. Taken around 1864, it shows a young city that’s only about 6 years old but already has a couple of large hotels and saloons. The fence on the left enclosed the Plaza, where city founder Abe Curry set aside four blocks as the site of the future State Capitol. This was a bold move when the town had a dozen residents, but twelve years later Curry’s dream came true, and the Capitol still stands there today. 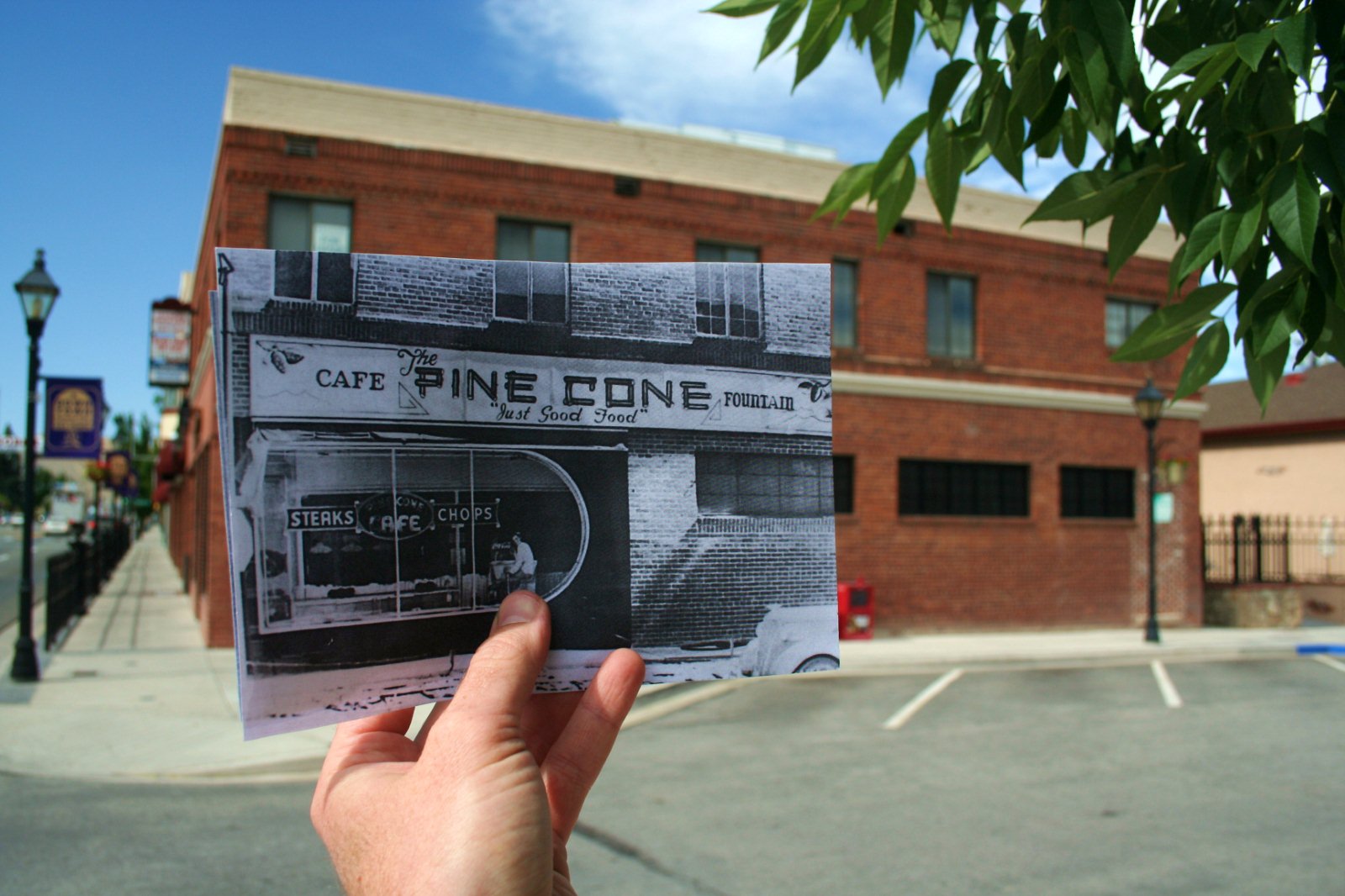 The Sweetland Building was built in the 1930s in downtown Carson City, a solid brick building for the downtown core. In the 1950s the Pine Cone Cafe was a popular hangout for the town’s high school kids. After the Pine Cone, a series of restaurants moved into the space. Jimmy G’s Cigar Bar is the latest establishment on the corner, opening in June of 2009.