Neither snow nor rain nor gloom of night can stop these folks…from getting an Xbox 360. 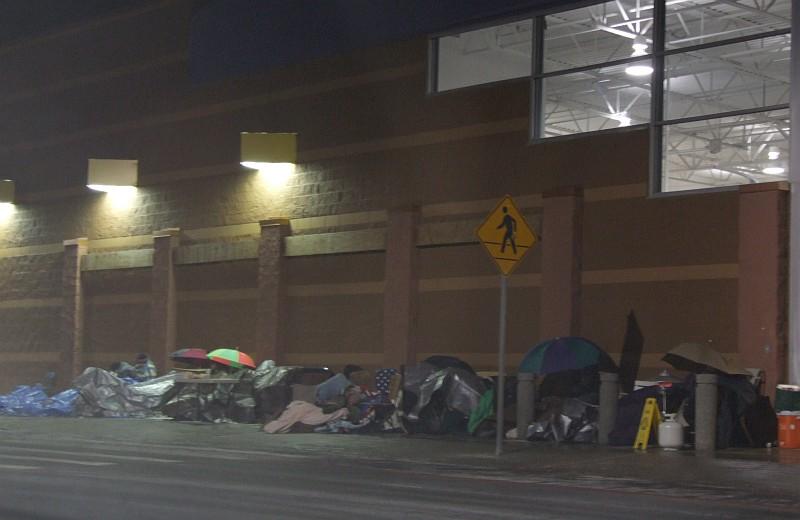 The Xbox 360 is the new video game console from Microsoft, the hottest new must-have gadget for this Christmas. It employs the latest technology to bring the most advanced video games right to your living room, and it beat Sony and Nintendo’s new devices to market by months. The only problem is, Microsoft didn’t make enough of them. So when the Xbox 360 launched on November 22nd, hardcore gamers rushed to the stores and found that there weren’t enough to go around. All the units were sold out within a few hours, and many people had to go home empty-handed. And if you’ve wanted to get one since then, you either had to be lucky and find a store with a few stray ones in stock, or pay outrageous prices to buy one from a scalper.

All that is changing, though, when the second big shipment of the Xbox 360 hits stores Sunday morning. Best Buy reportedly has received a huge supply of the consoles, and plans to start selling them across the county this morning, December 18th. Word of this, of course, leaked out all over the internet, and now there’s going to be a second big rush as all the gamers who struck out in November queue up to finally get their Xbox. It’s being called “D-Day, Part 2”, and even here in Carson City folks started lining up Saturday afternoon to guarantee their spot in line.

At least 20 people were lined up Saturday night at the Best Buy in the Carson Valley Plaza. They weren’t taking any chances at missing out on the Xbox a second time, since according to this website, our Best Buy store (#850) is only supposed to have 24 units in stock. But even Mother Nature couldn’t give these diehards a break, as it turned out that tonight our high pressure ridge finally broke and it started to snow for the first time in over a week. So what should have been just a group of people sitting on the sidewalk has evolved into a tent city of umbrellas, sleeping bags and tarps, even a propane heater to keep the chill away. It looks more like a homeless camp than anything. 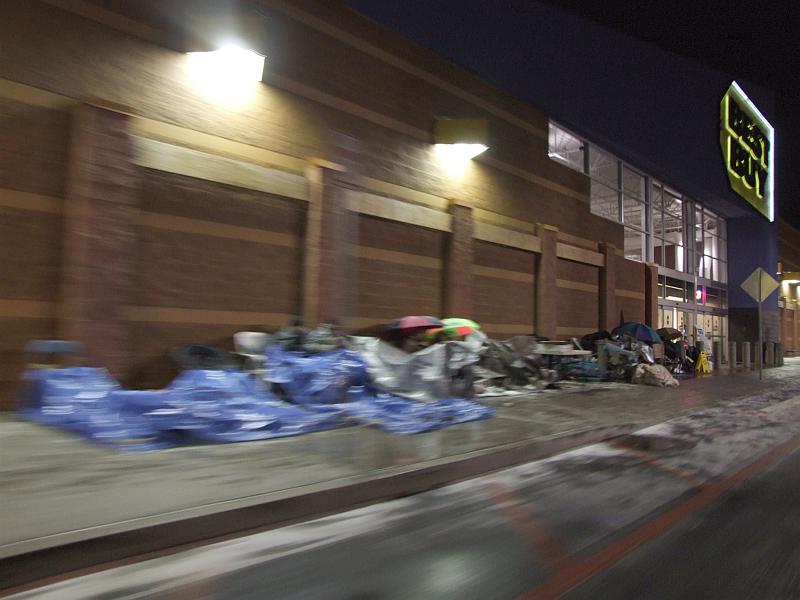 It’s going to be a long, cold night for these video game fans, but if they get to go home with an Xbox 360, it will have been well worth it. Merry Christmas, gamers!