Nevada Day weekend is almost here again. It starts on Friday with a day off for all state workers, and lucky employees of patriotic businesses. It lasts until Sunday, although most of the fun stuff is going to be happening on Saturday in the capital. 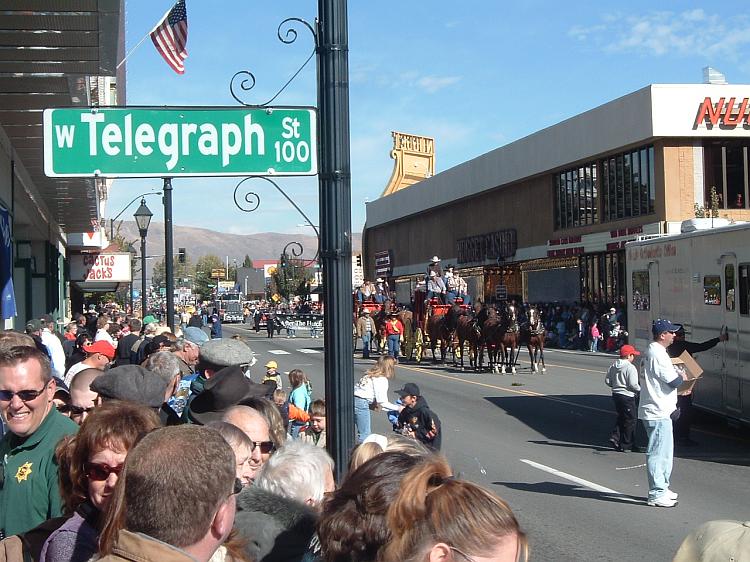 Nevada Day is the celebration of Nevada statehood, which happened on October 31, 1864. For the longest time Nevada Day was actually celebrated on the 31st each year, with the parade and everything happening then no matter what day of the week it was. But a few years ago the legislature noticed the nation-wide trend towards three day weekends, so they decided to do the same to Nevada Day. And that’s why Nevada Day is now observed on the last Saturday in October, and the Friday before is always a state holiday. Three day weekend! Here’s a partial list of the offices that will be closed on Friday:

The post office will be open, since it’s a federal agency, not state. And you’ll still be able to get married; the Marriage Bureau will be one office that stays open through the weekend. The Nevada State Museum will also be open, with free admission on Saturday.

But the centerpiece of Nevada Day, of course, is the parade. At 10am on Saturday the parade travels down Carson Street, starting at William Street and heading south to Stewart and the Carson Mall. This year there are 200 entries, so the parade will probably run a couple of hours, at least. Make sure to get to Carson Street early; the good spots fill up early, and we’ve been having a warm autumn so it might get hot out there if you get stuck standing in the wrong place. Or it might rain, like some of the forecasts are saying. Either way, bring an umbrella, or find a nice shady spot.

There are plenty of other events happening on Saturday, both before and after the parade. Here’s a rundown of the big ones:

And that’s not all that’s happening this weekend! There will also be a steam-up at the railroad museum on Sunday, among other activities. Check out www.nevadaday.com for a more complete list.

And then, after all this has died down, Halloween will be celebrated on Monday, October 31st. The governor will be personally handing out candy at the Governor’s Mansion, but get there early because the line is long!