One of the biggest tragedies in Carson City happened in 2011. After hearing about mass shootings all over the rest of the country, it came home on the morning of September 6, 2011. On that morning a gunman walked into the IHOP at the corner of Carson Street and Eagle Station Lane and opened fire. Four people were killed, three of them National Guardsmen. Several others were wounded before the gunman turned the gun on himself. This senseless act is still remembered vividly by anyone who was here at the time. The restaurant was closed for months afterward, flags and flowers appeared in the parking lot in remembrance, and a memorial run is still held every year on the anniversary of the shooting. 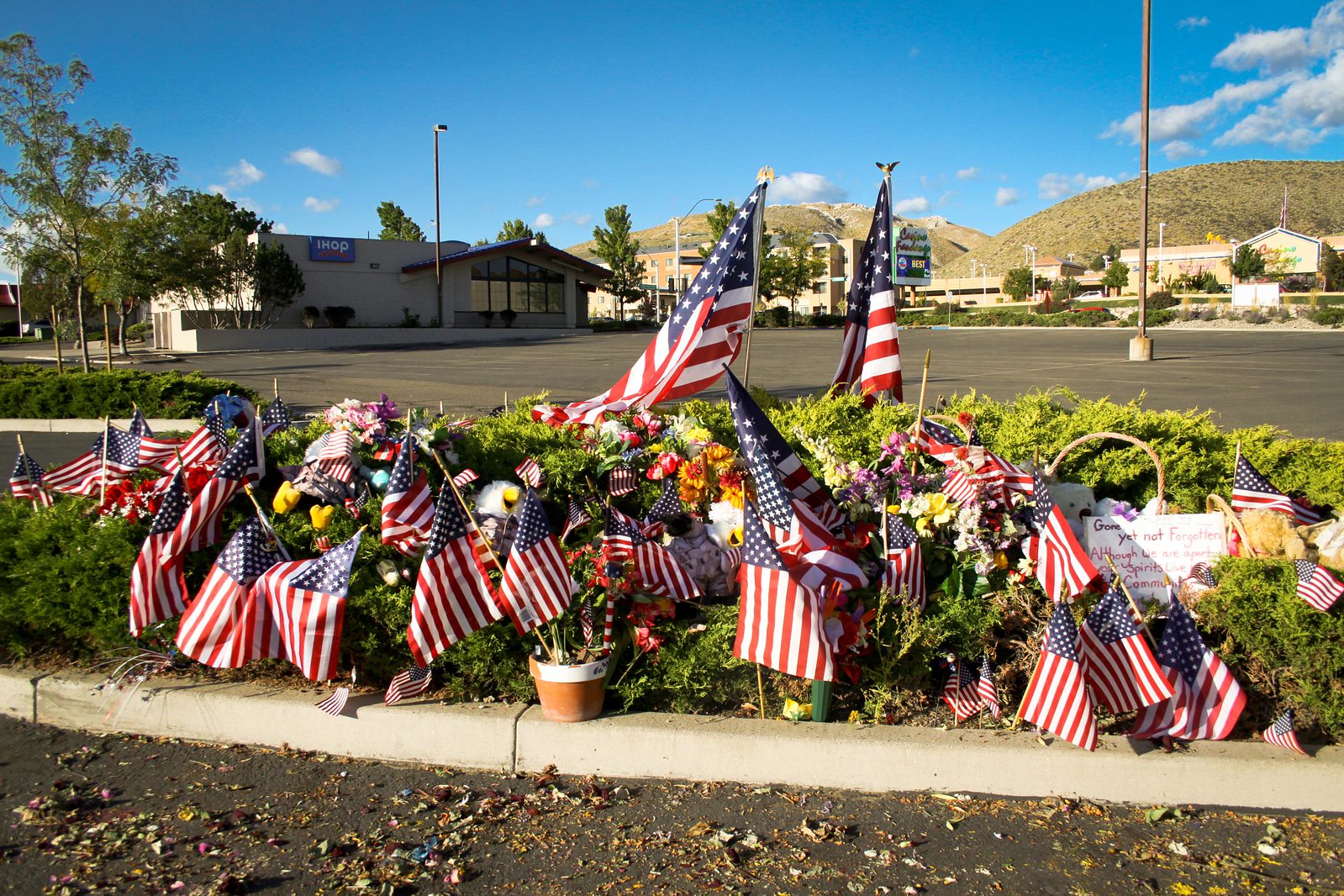 It’s basically impossible to talk about the IHOP in Carson City without bringing this up. There were years and years of ordinary days here, days where everyone just enjoyed a good breakfast before getting on with their day. But one bad day outshines all the others and gives it a reputation forever. “Oh. That’s where the shooting happened.”

Did that contribute to the announcement last month that the IHOP would be closing, and would be demolished soon after? It’s really impossible to say. There was a groundswell of support after the shooting, and a push for them to reopen, and many people were adamant about going to eat there more just to prove that we shouldn’t need to live in fear. But there’s probably just as many people who never set foot in there again after the incident, or who went but found themselves haunted by the thoughts of what happened that day. Are the ripples of that still affecting their bottom line to this day? Or was it just the case of a landlord seeing a better business opportunity and going for it? I don’t think we can really know.

I’m not sure of all the early history of this building. I can’t remember what year it became an International House of Pancakes, and I don’t know when it was built. The one thing I do remember is that this used to be a Bob’s Big Boy. I came here to eat several times in the 80s and was greeted by the Big Boy statue outside. I’m going to guess it was built in the 1970s, when Raley’s and the rest of this shopping center was built, and that it was converted to an IHOP in the early 90s. But those are just educated guesses.

September 29, 2019 was the last day of operation here. I took these pictures just a couple of days later and already the signs and many of the fixtures had been removed, the doors padlocked. It’s going to be weird not having this building here. It still has the architectural charm of a Bob’s Big Boy, with the arched gable over the doorway and other slight Googie elements. It is due to be replaced with a bank, which I’m sure will have much less charm and less foot traffic, and be a poor substitute for what came before it.

Photos from before it closed: