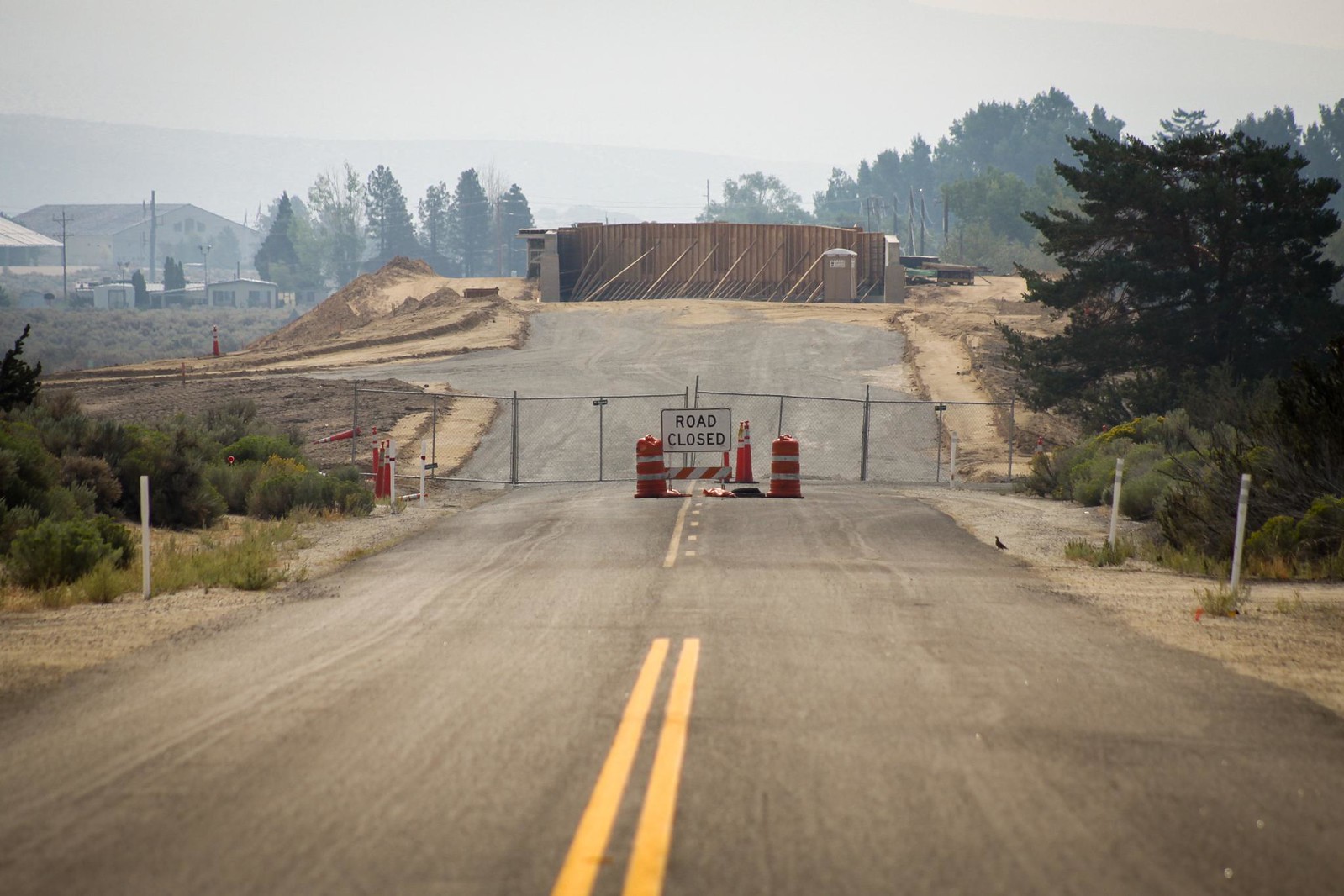 All summer long work has been going on at the south end of town, building the final leg of the Carson City freeway. The spring was taken up with moving dirt around, so it wasn’t very exciting. Now they are starting to build things on top of the dirt, so there’s more to keep our interest. 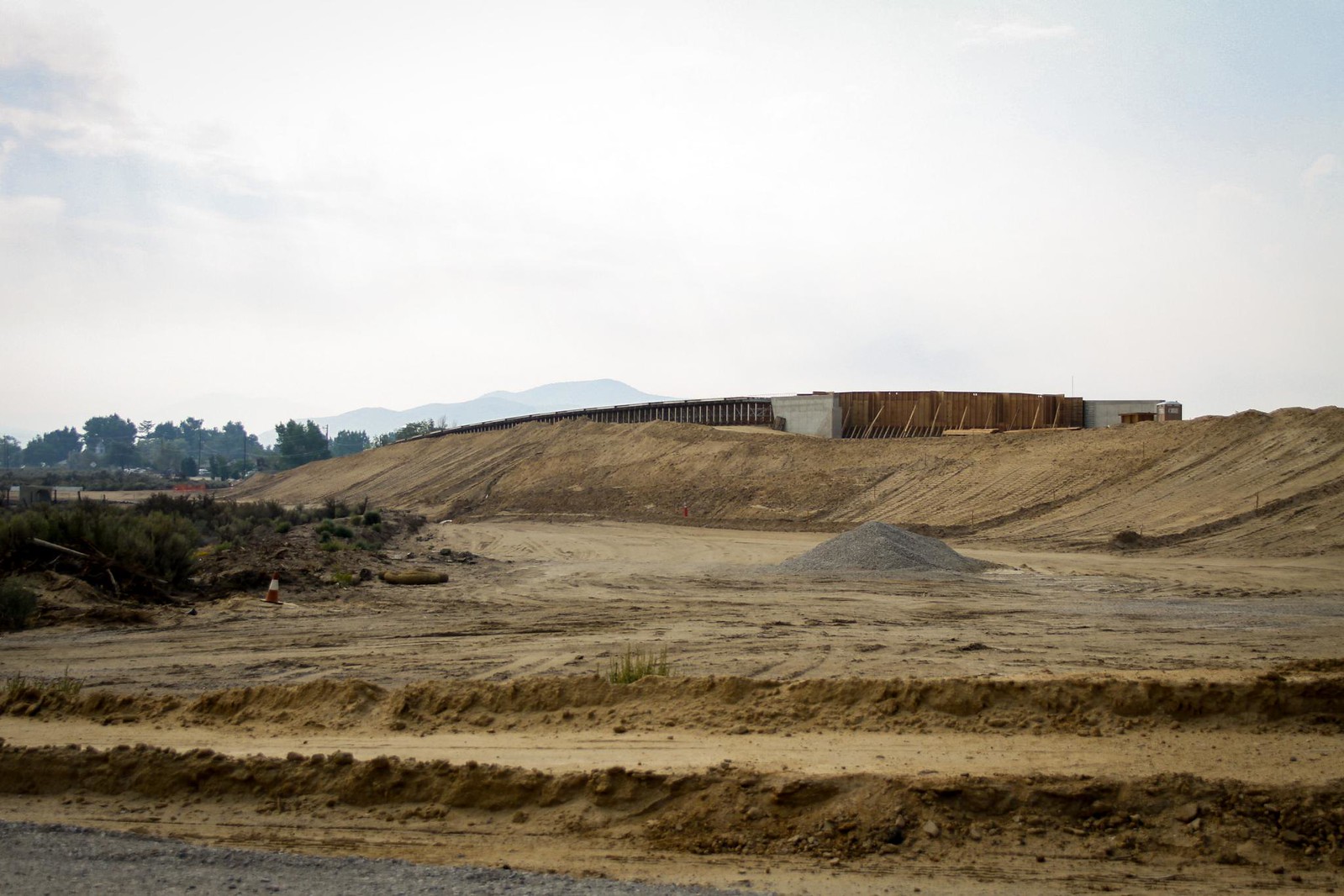 The central icon of the whole project is the bridge that will carry Snyder over the new freeway. We saw them build a big mound of dirt, now they are placing forms so they can pour the concrete that will make up the bridge deck. 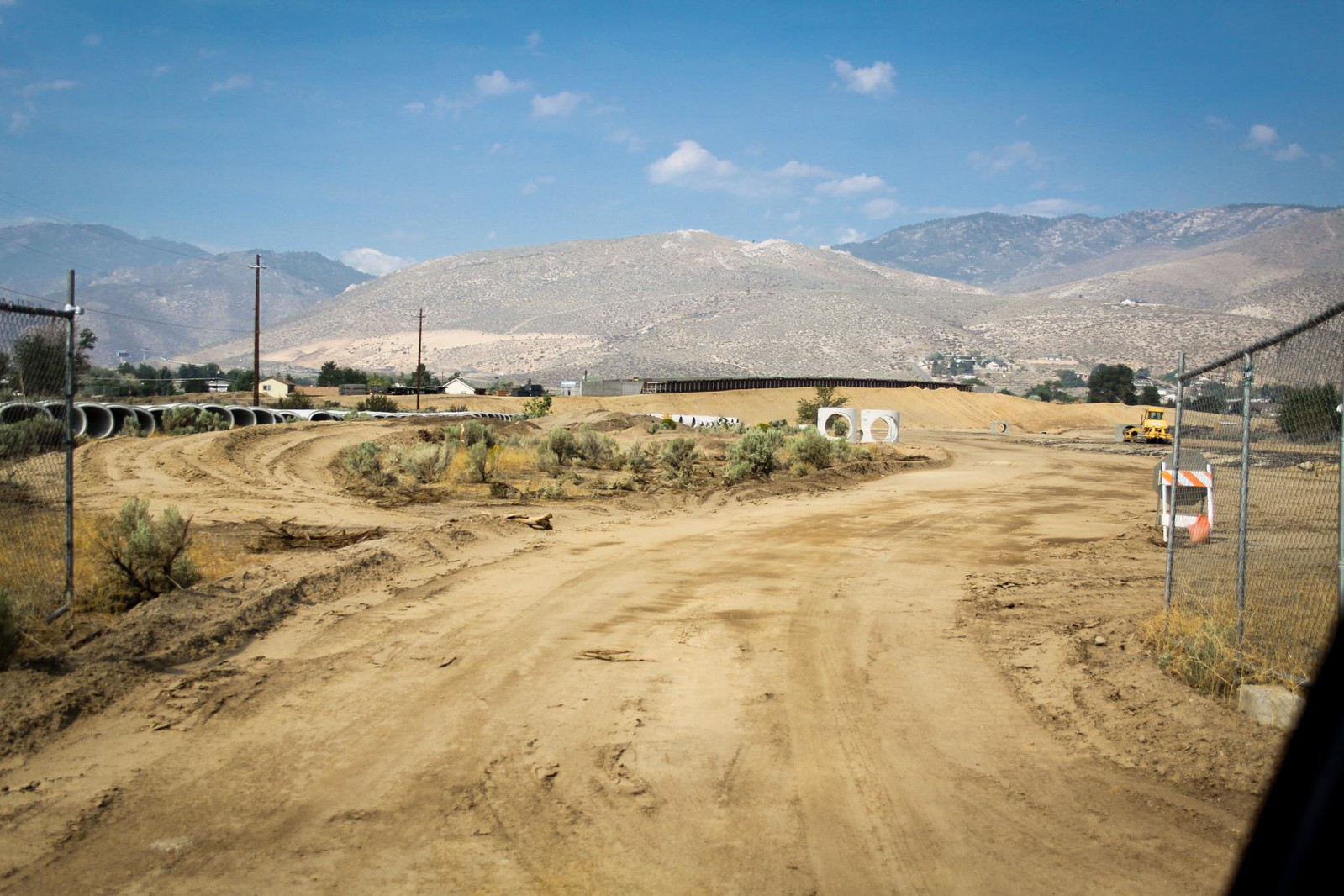 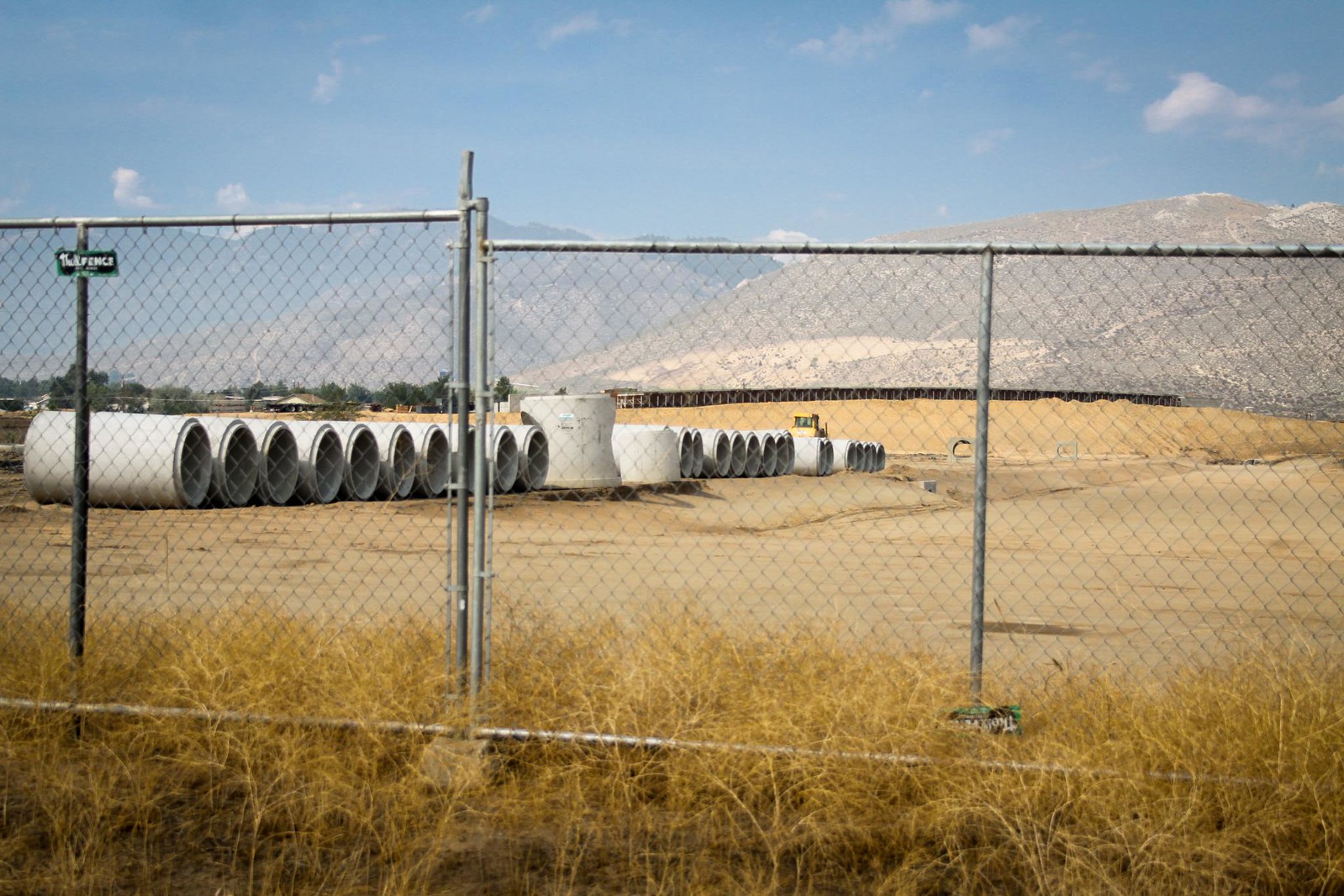 Large drainage pipes are sitting around waiting to be buried. There was an article in the Nevada Appeal last month that gave an overview of the project, and the NDOT engineers characterized it as mostly a big drainage project, with a road on top of it. So that’s not very exciting, but I guess when you take land that has been sculpted to allow water to flow across it for thousands of years, and you place a large barrier in the middle, you’ve got to make sure there are ways for the water to still get to where it’s supposed to go. Hence, lots of underground pipes and a large retention basin next to Carson Street. 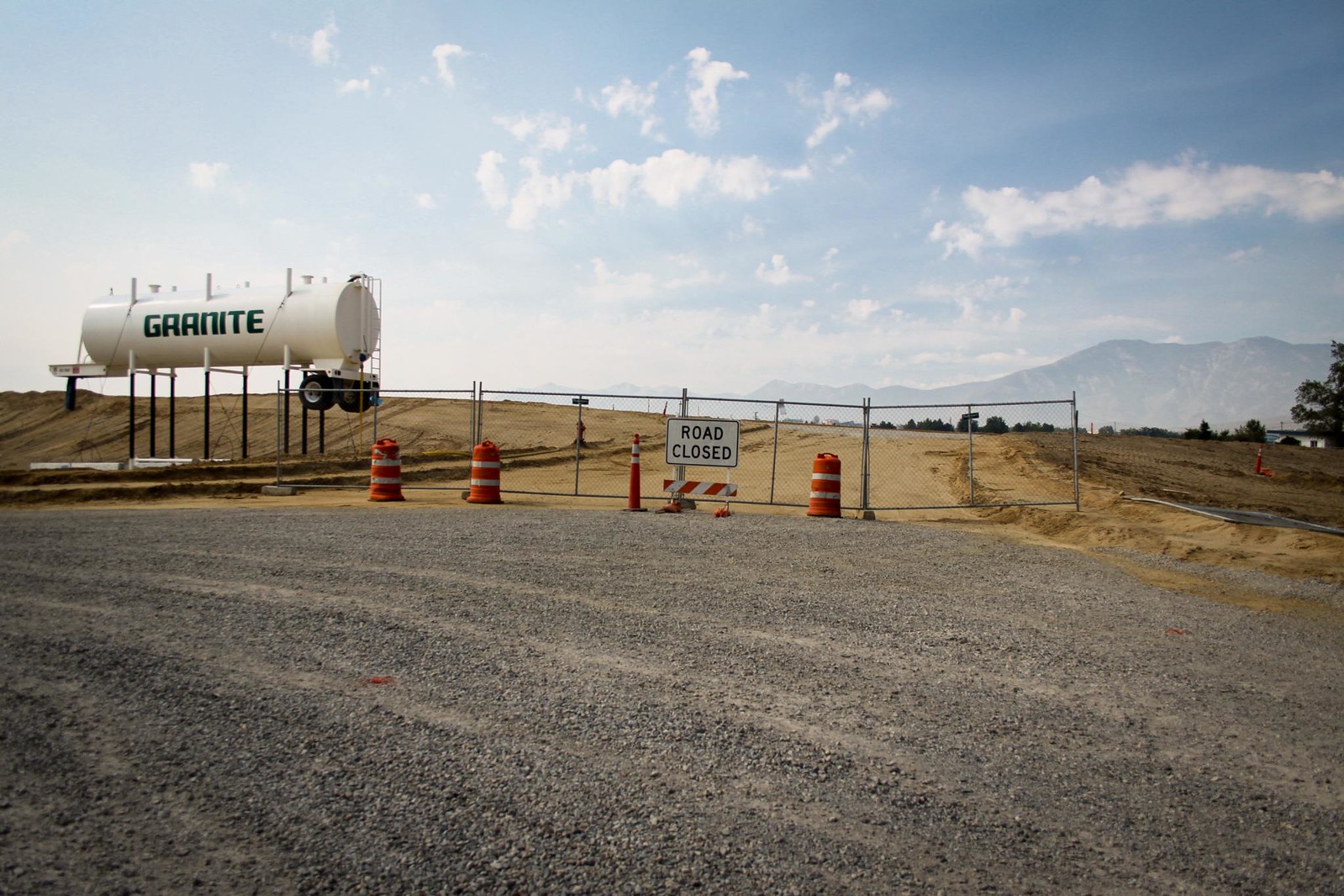 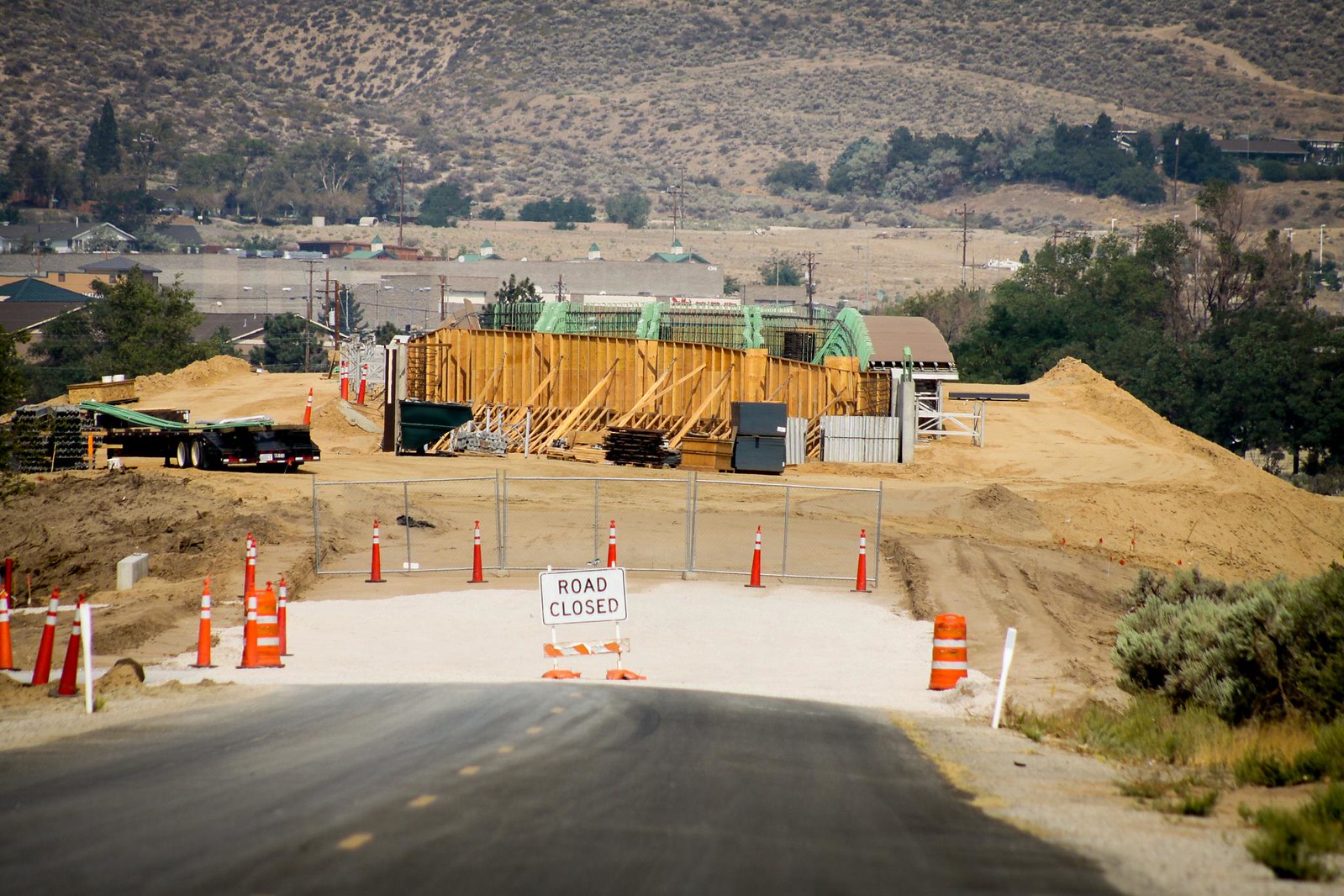 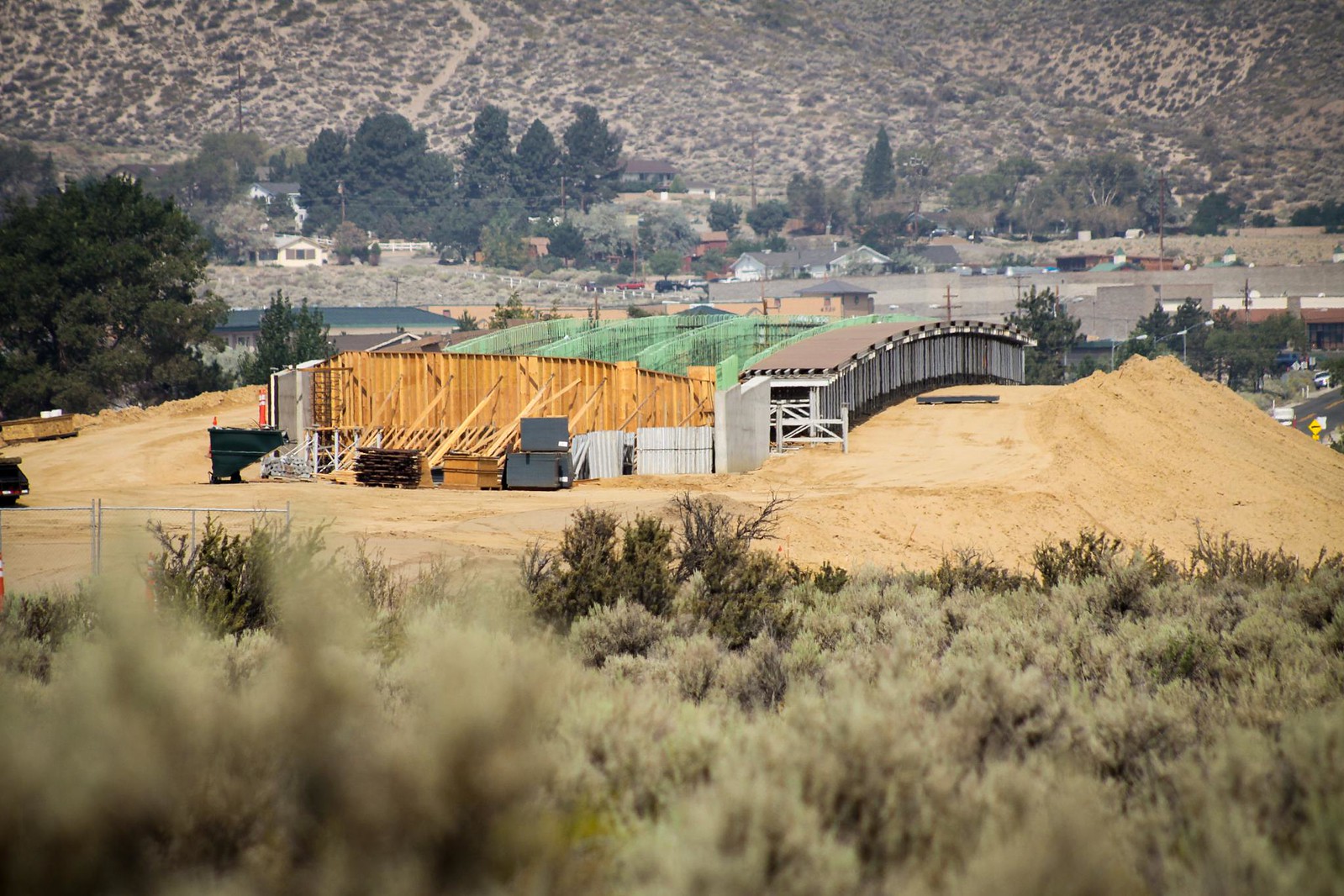 The bridge itself is well into the process of being shaped. Rebar is in place, and forms are going up. The bridge is curved so there will be a nice smooth arch for drivers to go up and over. Remember, the central bridge pillars have already been built, and they’re hidden under the pile of dirt. When the bridge it finished, it will all be dug out and uncovered. 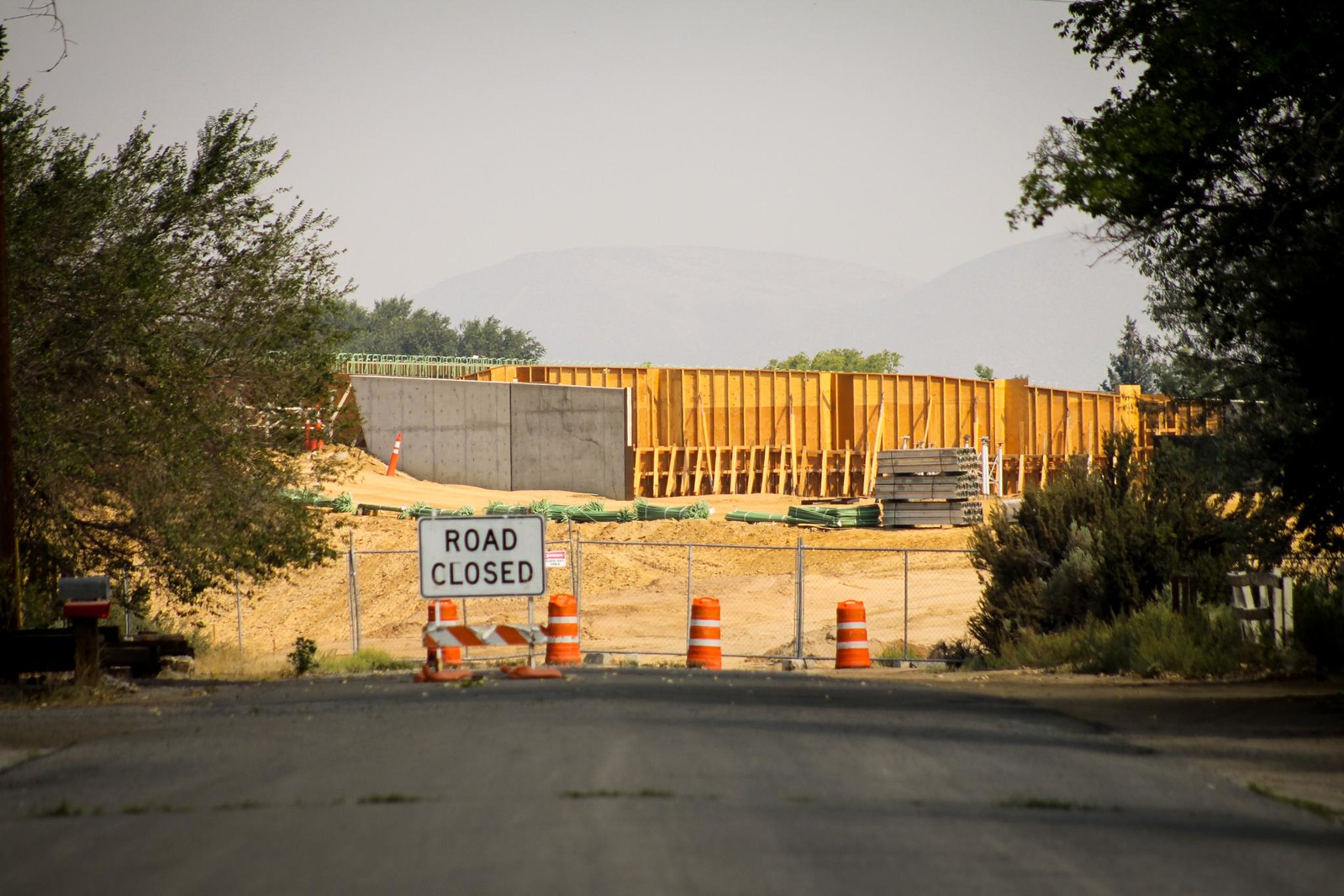 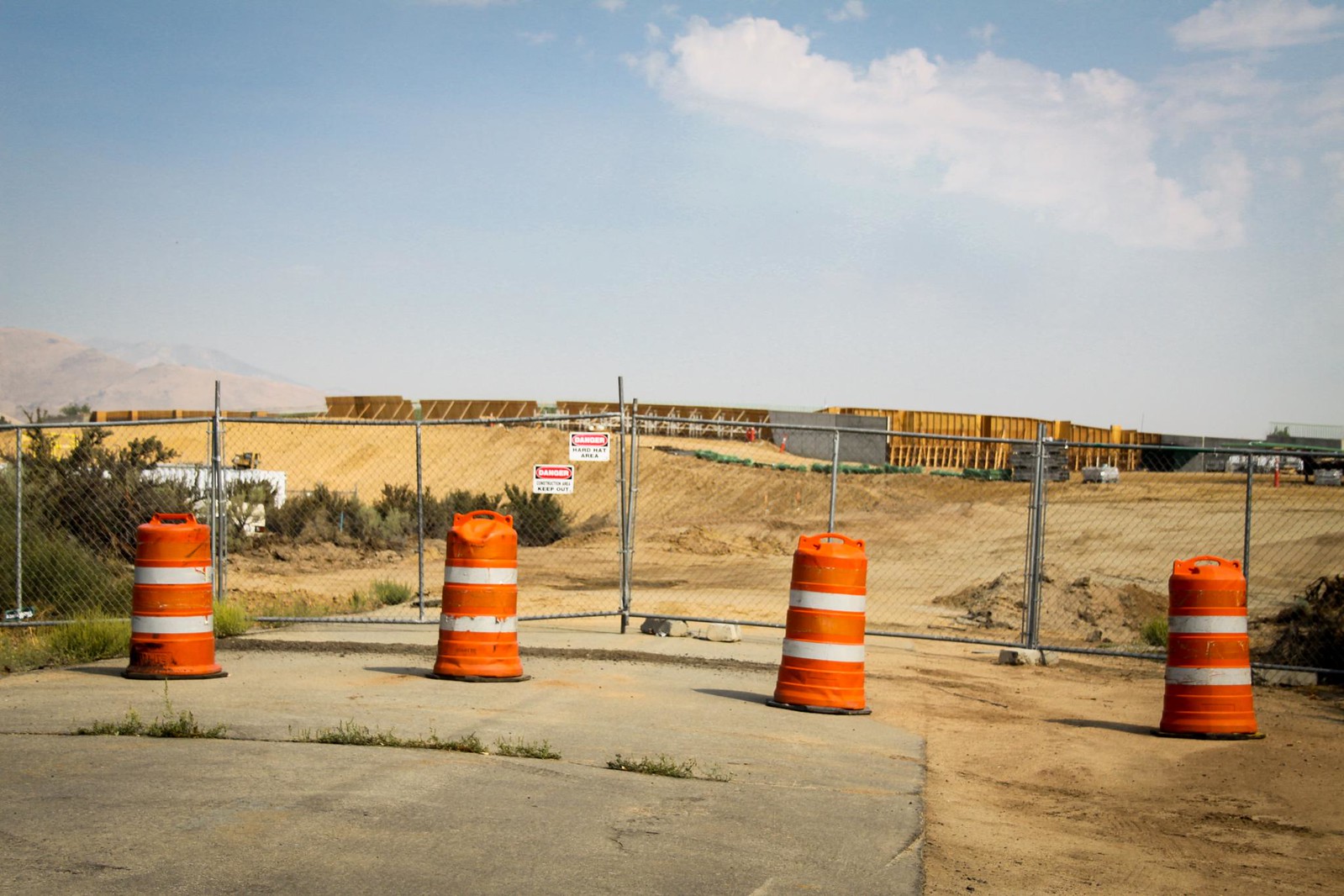 A separate, but related, project is being done along Carson Street. Staying with the theme of this being mostly drainage work, they are taking the opportunity to completely rebuild the Voltaire Canyon drainage system, to solve some flooding problems they have had. Voltaire Canyon, up above the Galaxy Theater, is dry most of the time, but during a thunderstorm it can collect a lot of water and send it rushing down into town. 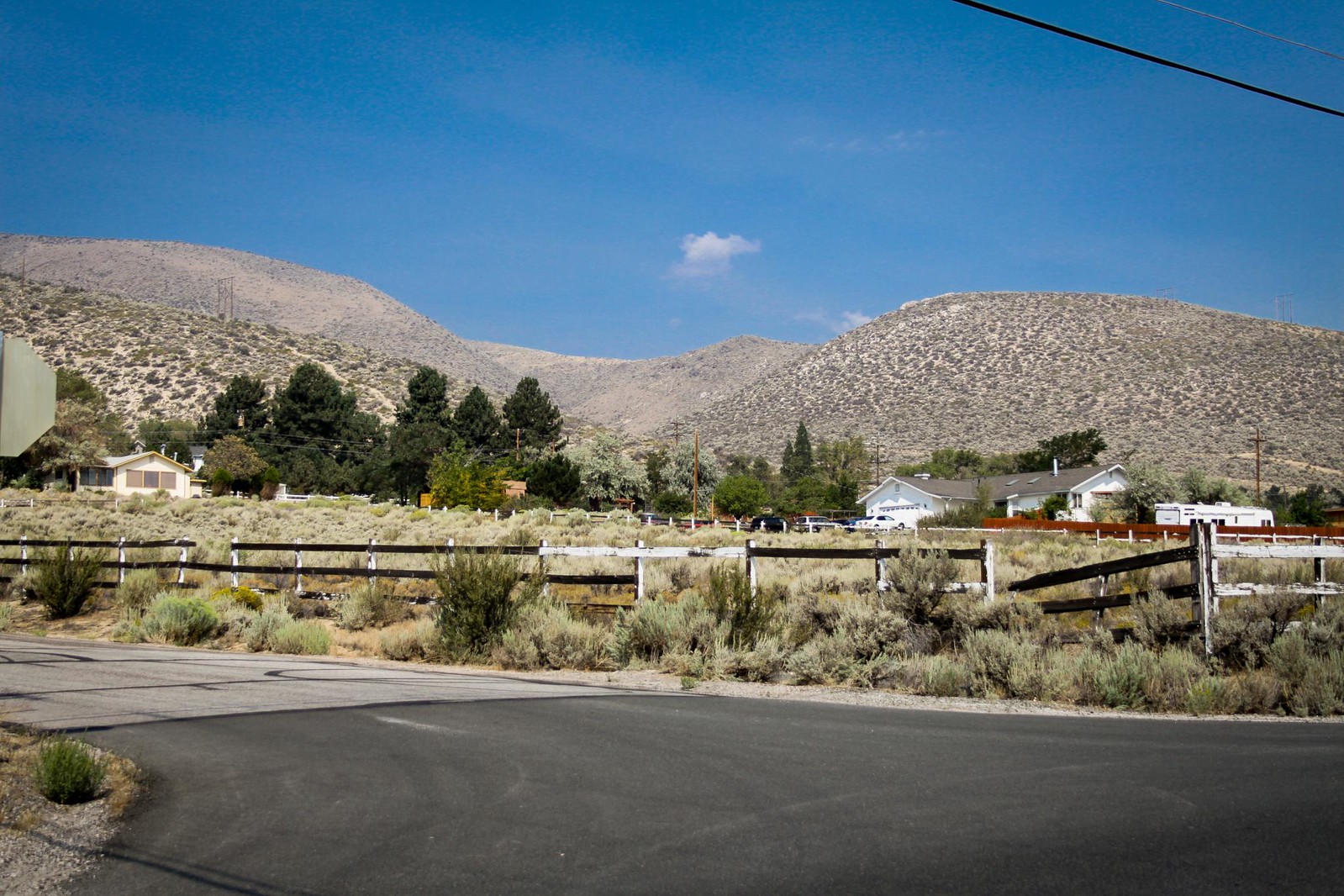 A drainage channel was part of the project when they built the Carson-Tahoe Quail shopping center, but it has proved to be inadequate. So they are deepening it and lining it so it can better handle those rare heavy flood events. 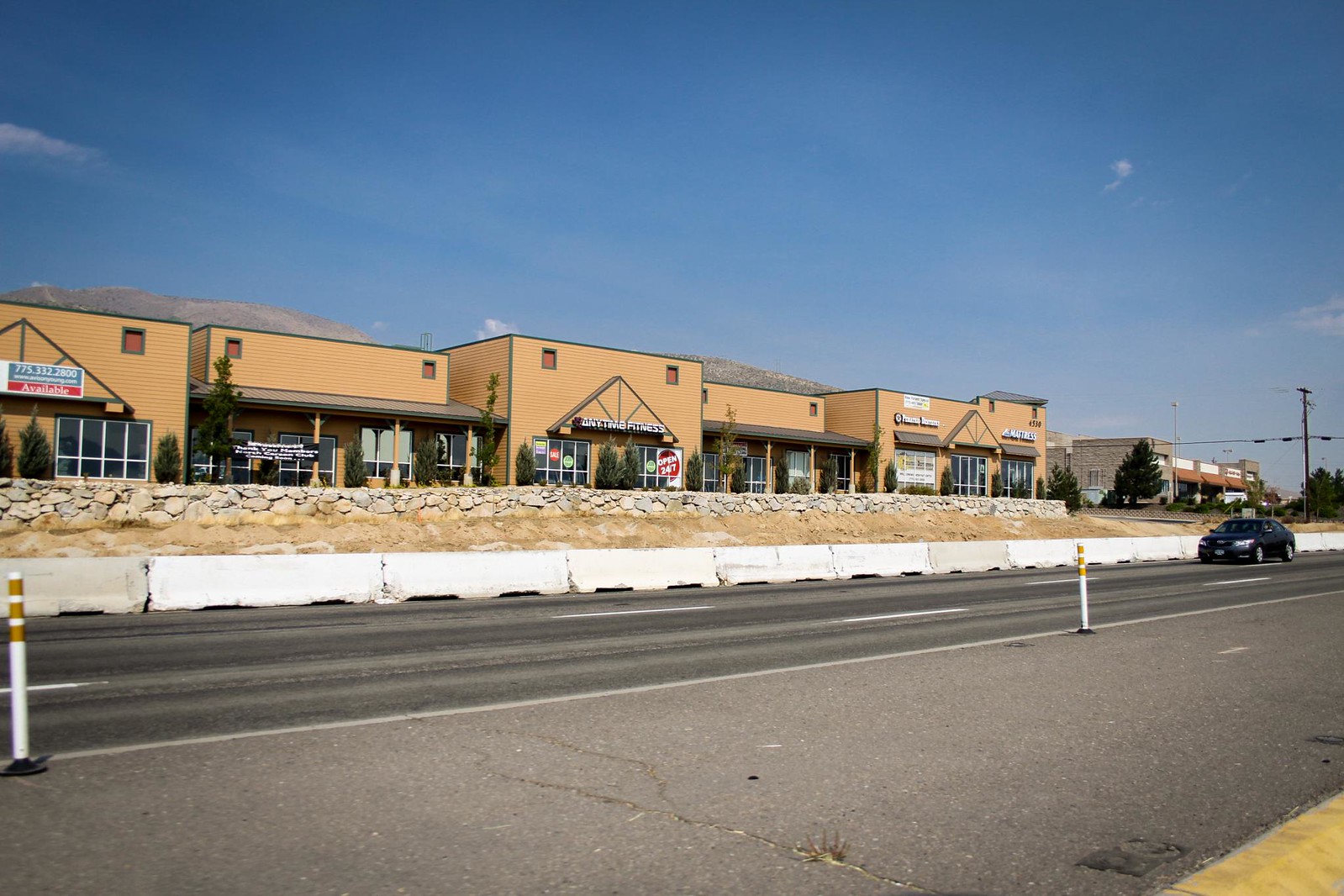 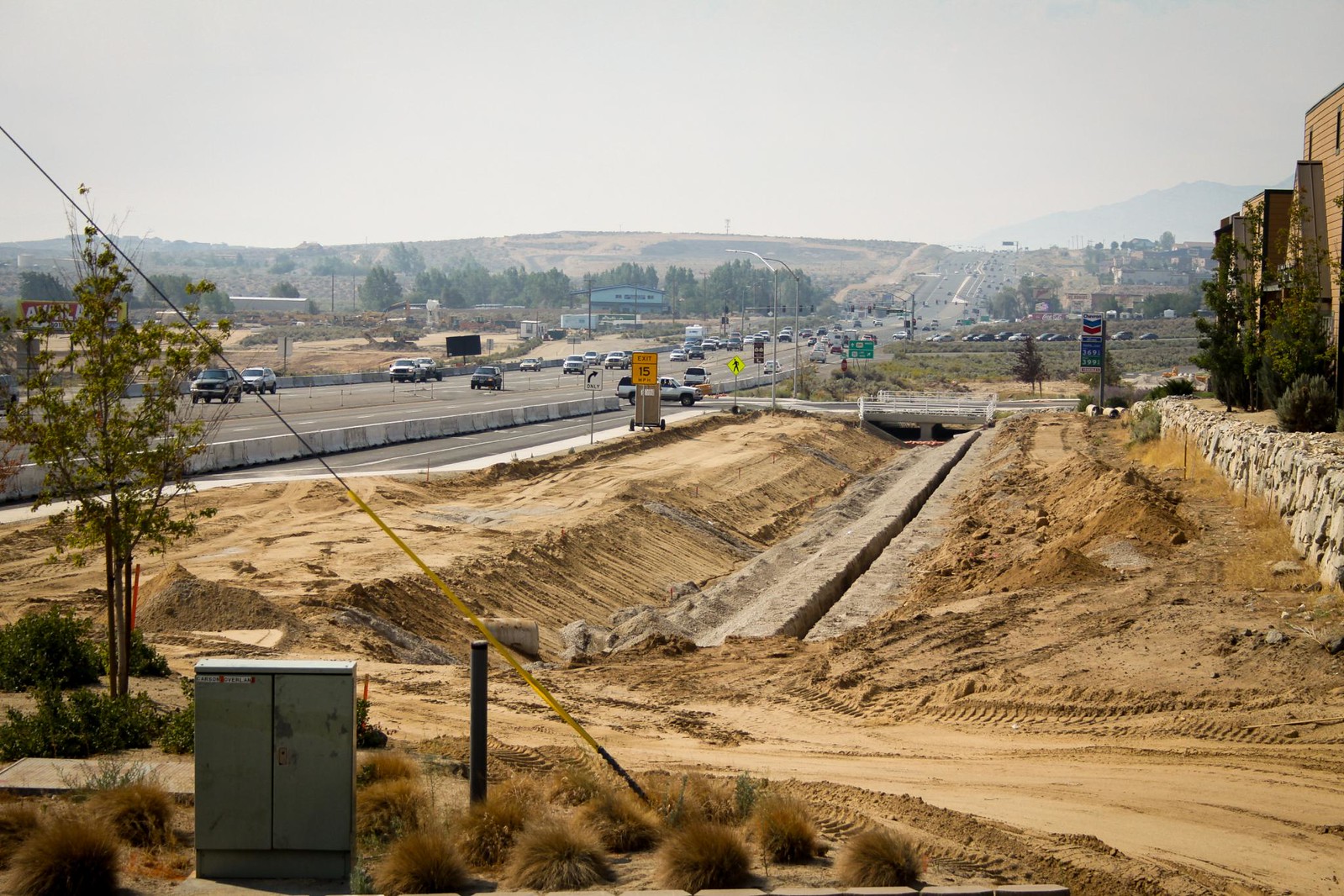 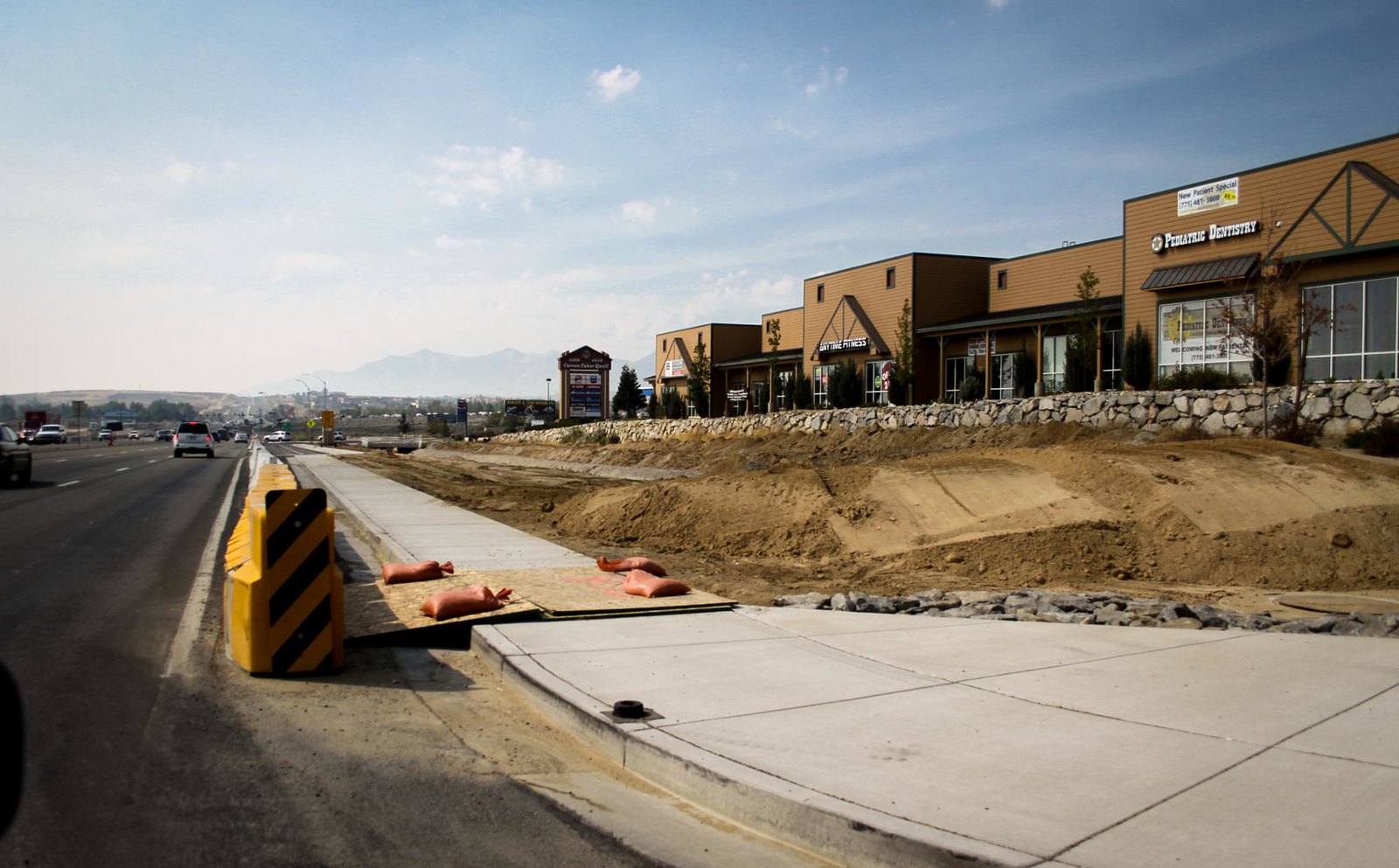 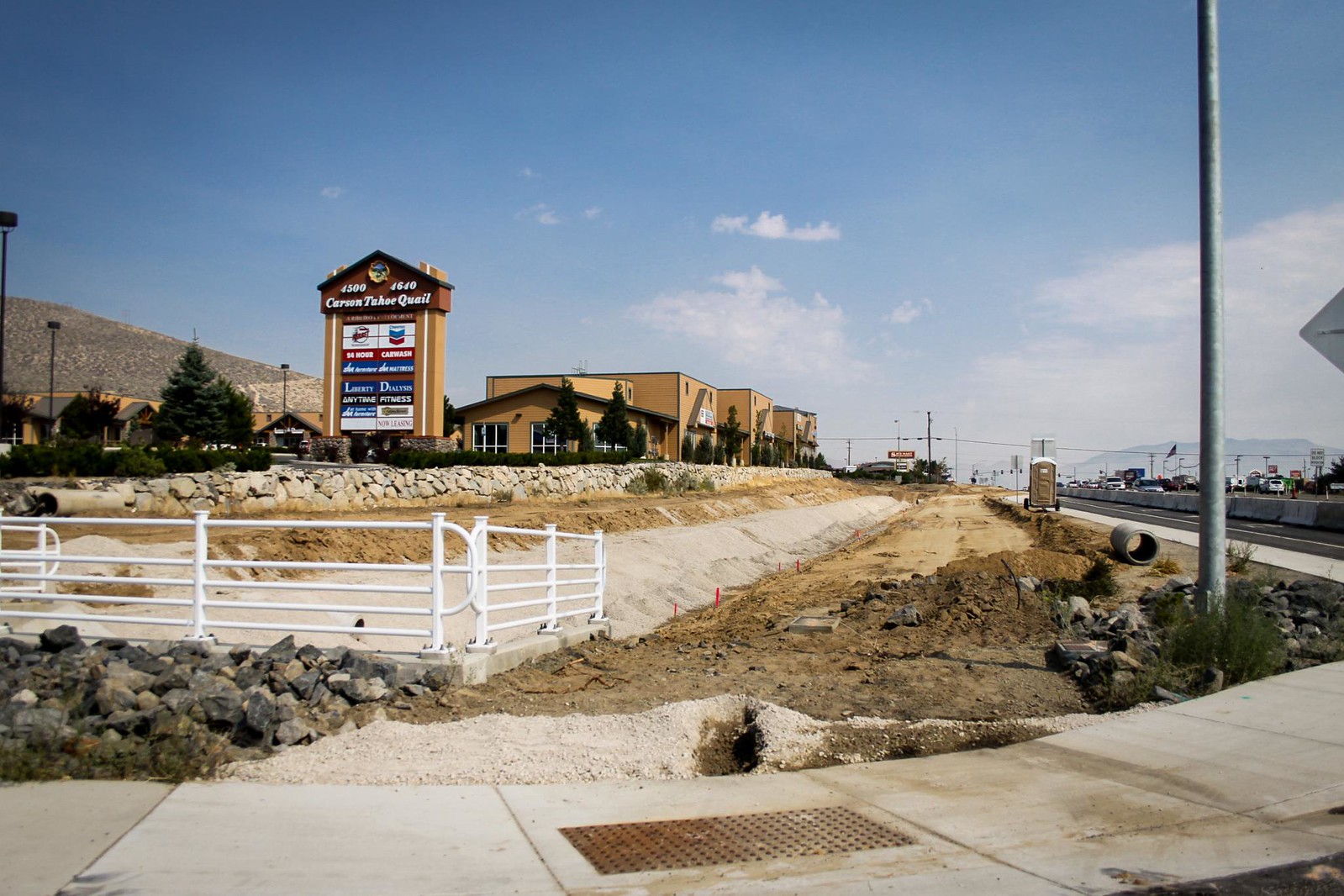 The project also includes a large culvert under Carson Street, to bring the flood water into the new detention pond that is part of the freeway project. This will be good to have so that water can flow under the road instead of over it. The problem is that to put a culvert under there, you’ve got to dig up the road. 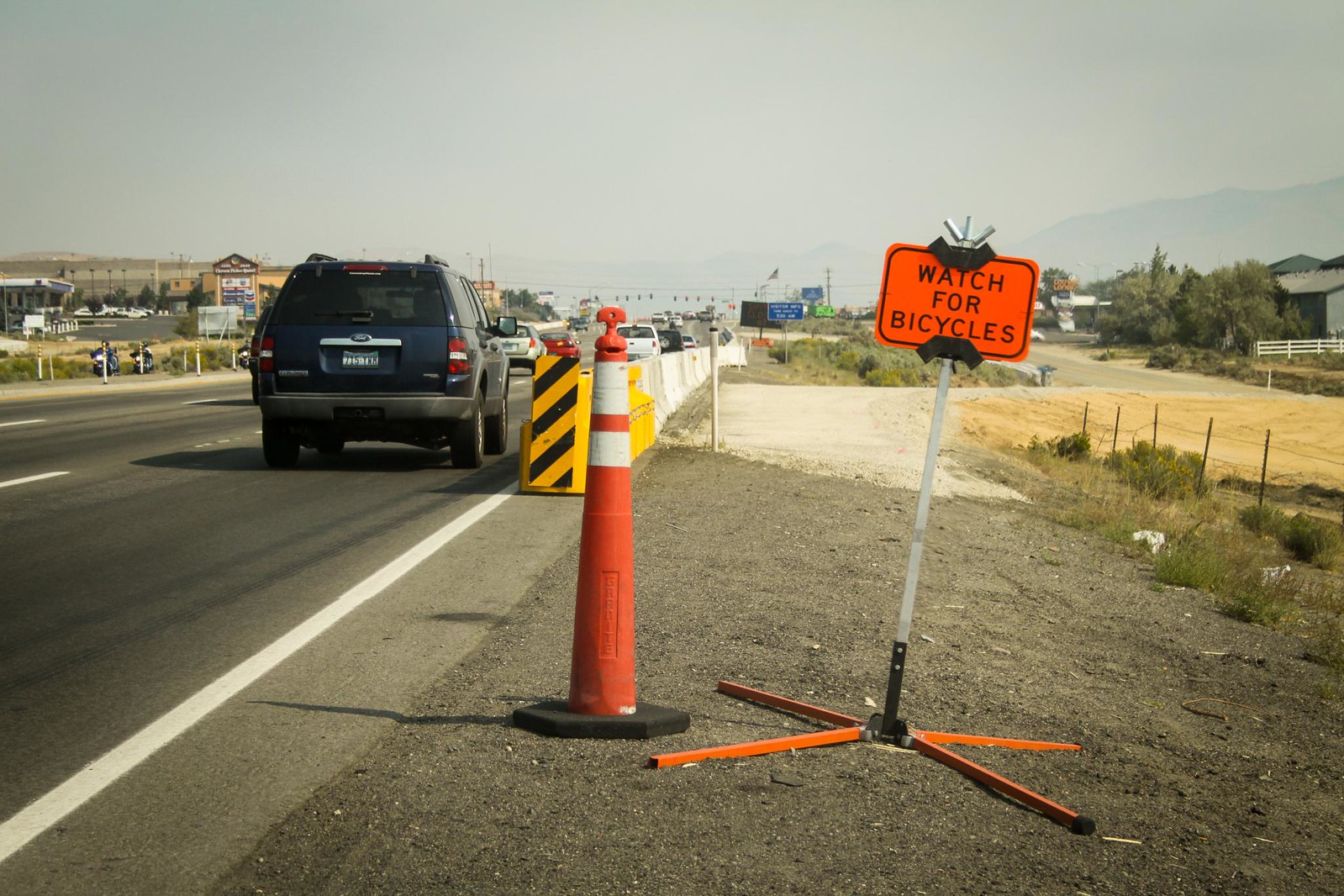 So far the freeway project has not disrupted traffic on the main road at all. That’s going to change soon, as they will have to tear into the pavement to put this large culvert in. This will involve closed lanes, and according to what I’ve been seeing, will also involve a detour. 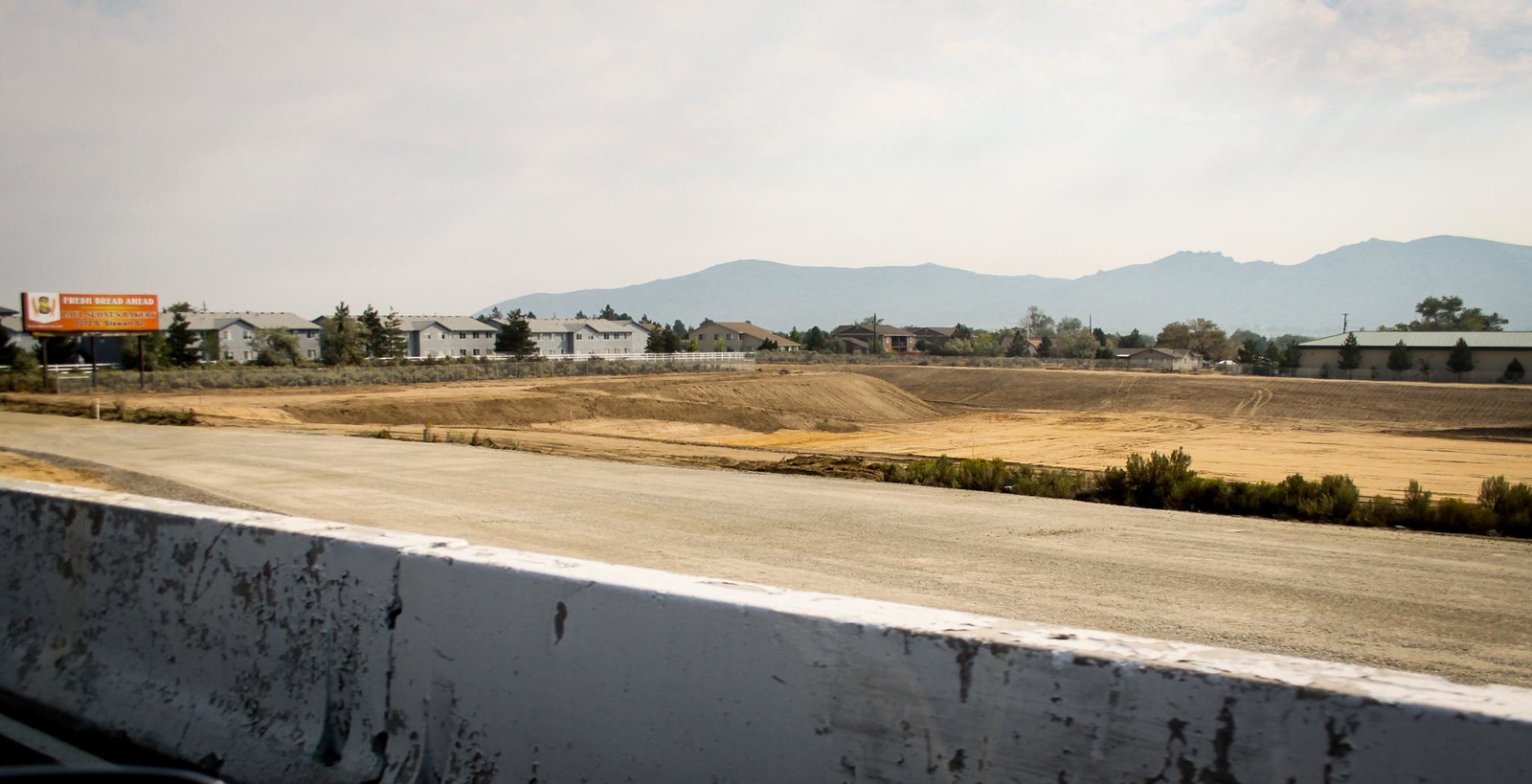 You can see where they are building a detour that will take northbound traffic off of the main road and down onto the frontage road, so that the main road can be torn up to put the culvert in. This seems like a lot of work when just realigning lanes might have done well enough, but I guess they want to culvert work to go smoothly and quickly 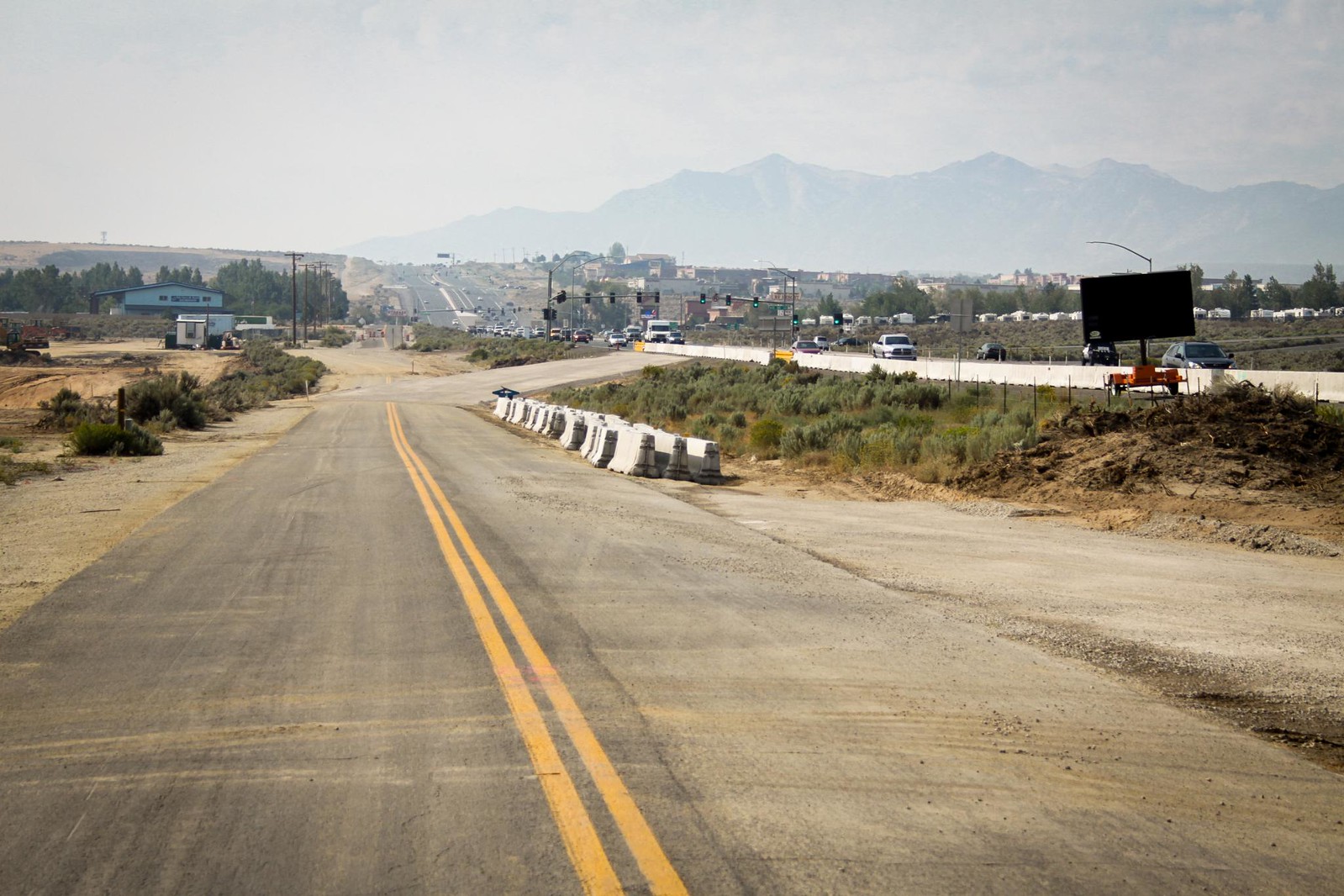 I don’t know when the detour is going to start being used, but the article linked above says that work on the culvert will start “after Labor Day.” so it looks like we have some pain ahead of us pretty soon if you drive that part of the highway. 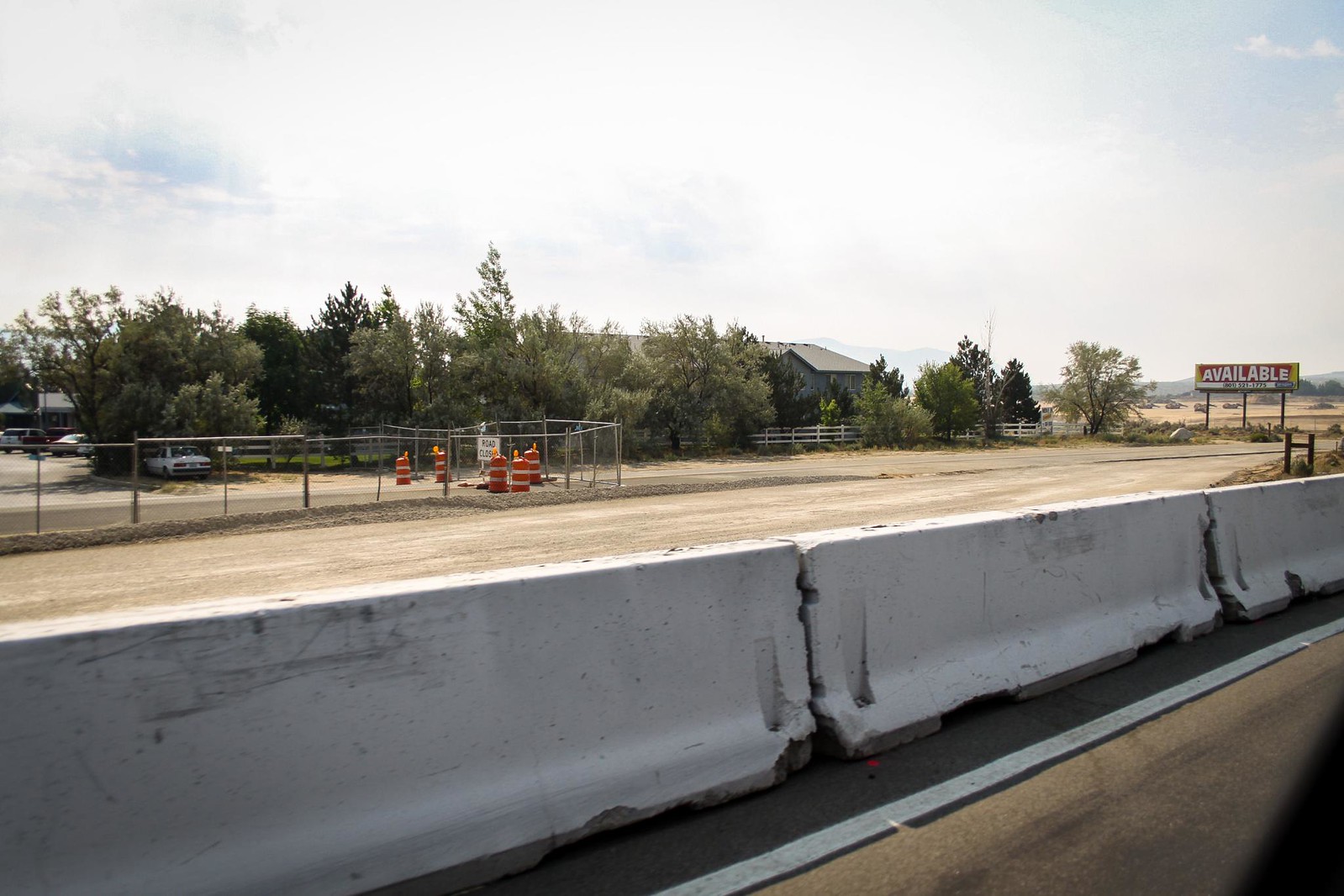 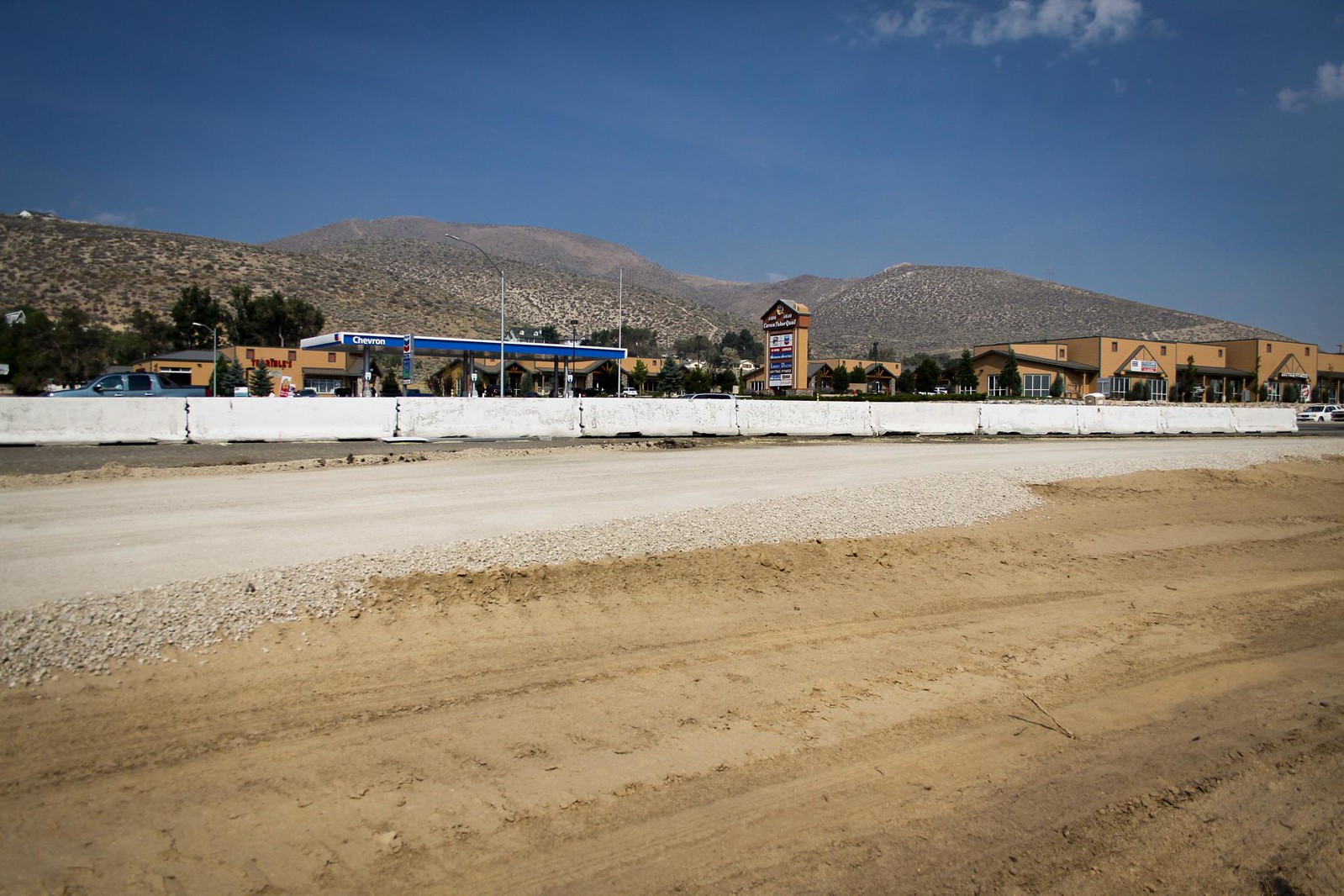 Of course this disruption is nothing compared to the mess that this whole part of town will be when they start building the big freeway bridge over Carson Street. Now, that will be a pain. No timetable has been laid out for that yet, but the sooner they start the sooner they finish, so let’s get going! 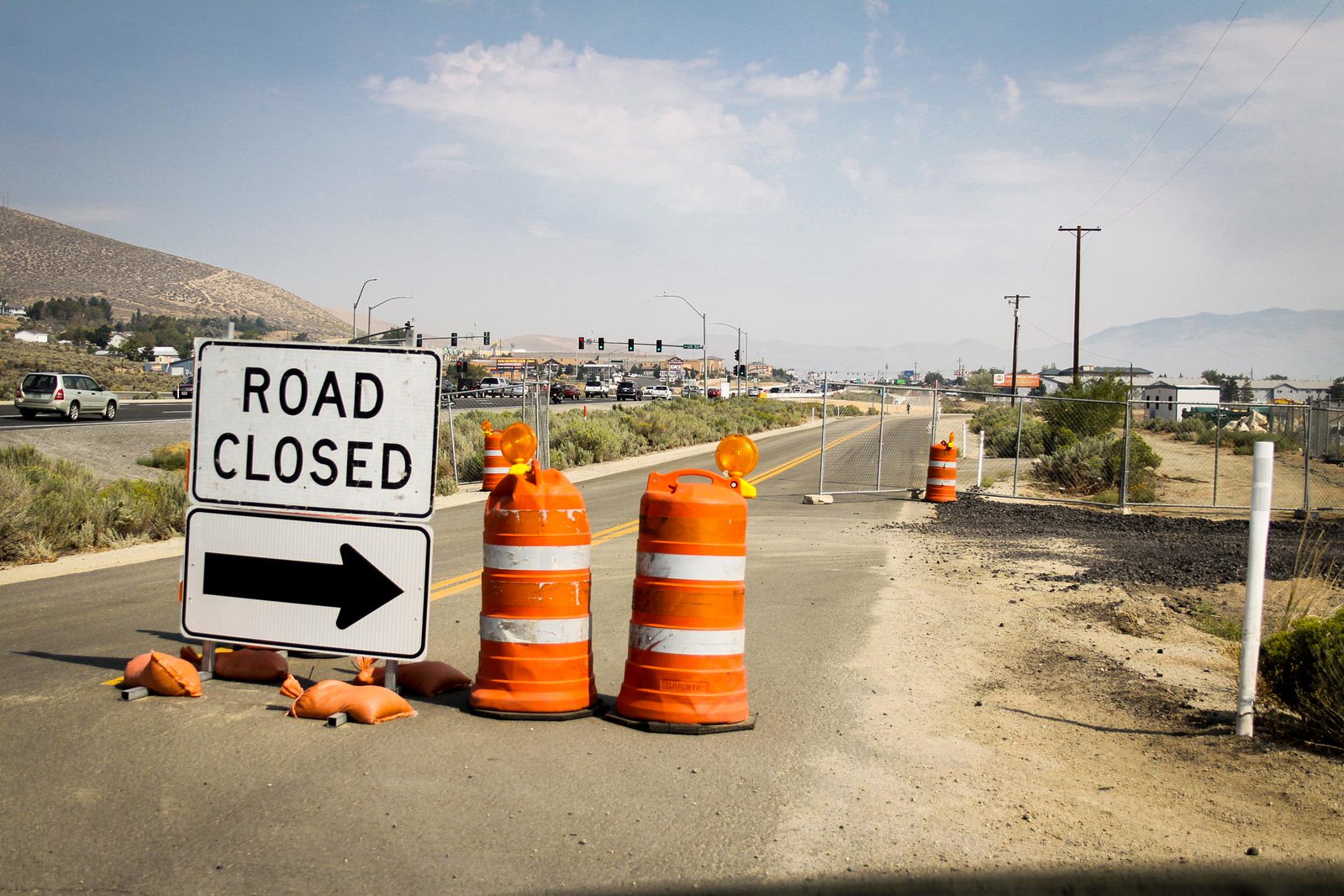