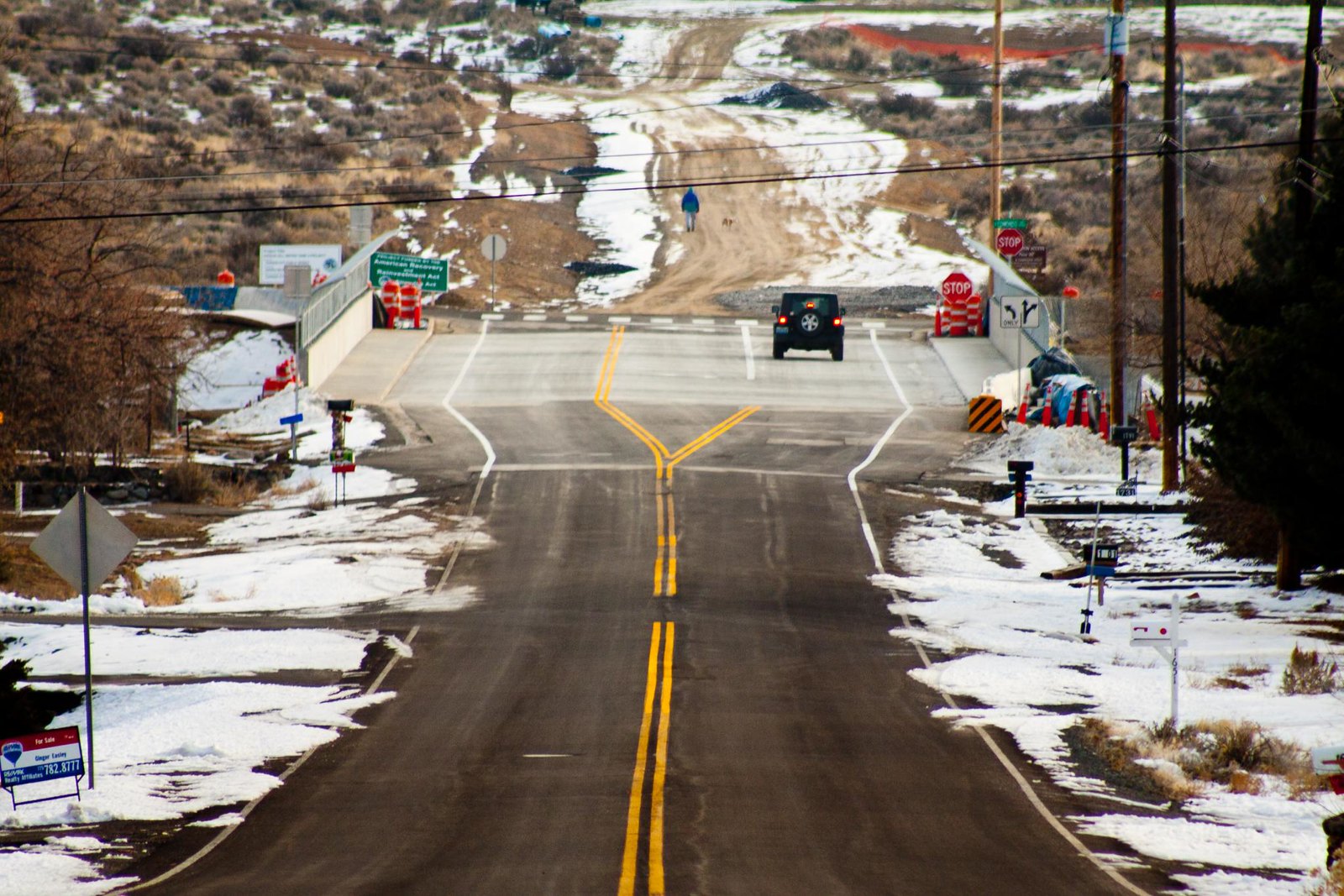 We all know the long saga of the Carson City Freeway. In planning for over 50 years, under construction for nearly 10, the freeway has become one of the big punch lines around town as one of those projects that it seems like we’ll never see the tail end of. They’ve been dribbling out freeway segments to us slowly, opening the stretch from Lakeview to Hwy 50 in Spring 2006 and the segment from Hwy 50 to Fairview in Fall 2009. The next phase of the freeway is supposed to go from Fairview to the Spooner interchange, though they don’t have the money to build it nor do they know where they’re going to get the money to build it. So we may not see a completed Carson City Freeway until 2015, 2017, 2020, or who knows when.

They do have a little money for that last phase of the freeway, though, and they figure they better use it or lose it. So what they’re doing is building two of the bridges that they’re going to need for that phase of the freeway. The freeway will be a giant wall separating south Carson into two halves, and there will only be three spots where you can cross, at Snyder, at Clearview, and at Koontz. They realized a couple of years ago that they had enough money to build the bridges at Clearview and Koontz, so they decided to get cracking on that project, even if there wouldn’t be a roadbed to go under those bridges anytime soon. That brings us to where we are today. 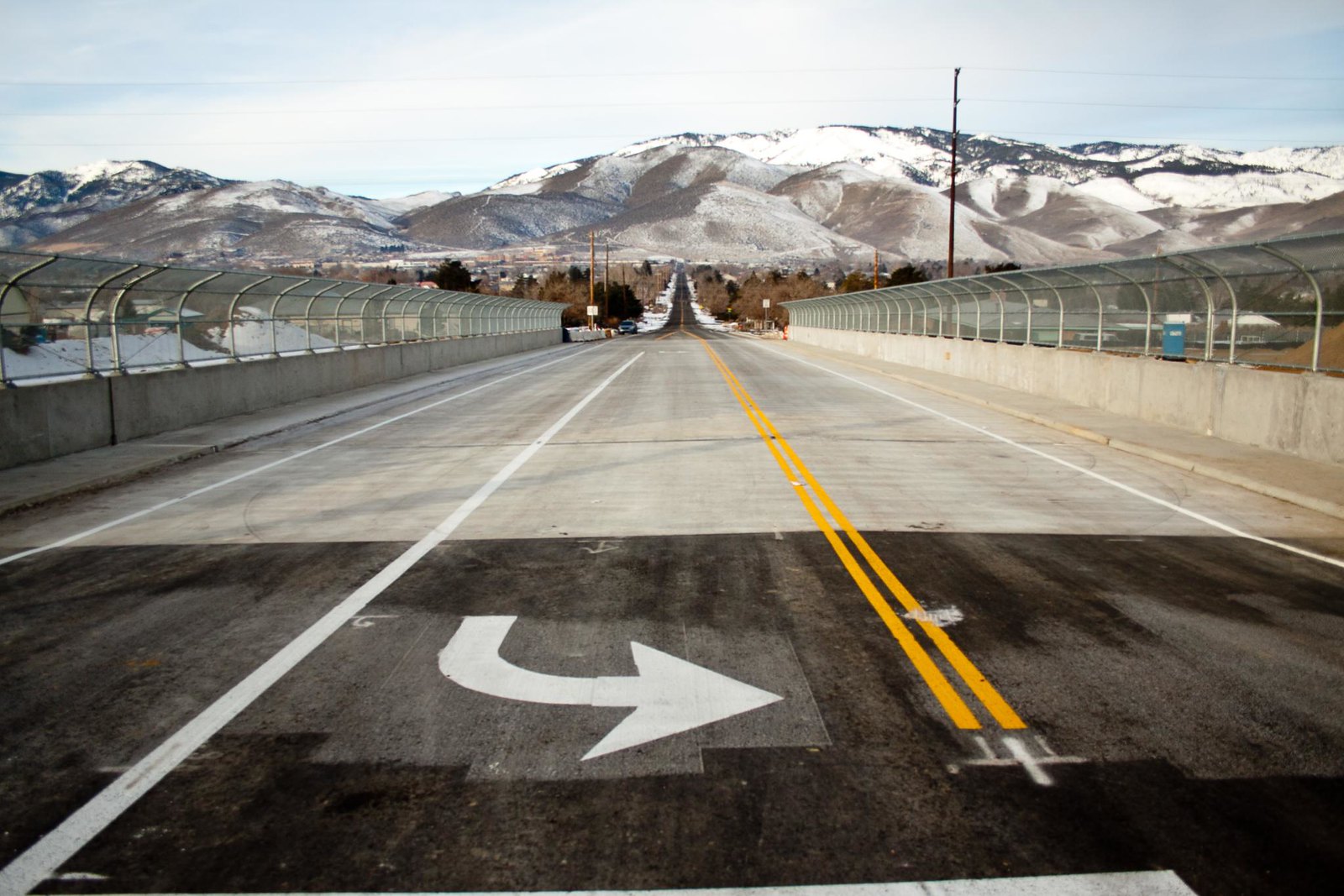 There are so few milestones on this freeway project that I feel like we need to celebrate each one as it happens. And we just had another one. Yesterday was the official opening day of the new Koontz Lane overpass, the first of the two bridges to be built. I don’t think there was much hooplah around the opening, like a ribbon cutting or anything, they just took down the barriers and the Road Closed signs. The newspaper did take notice, and put together an article on the opening of the bridge and what it means to the residents of the area. 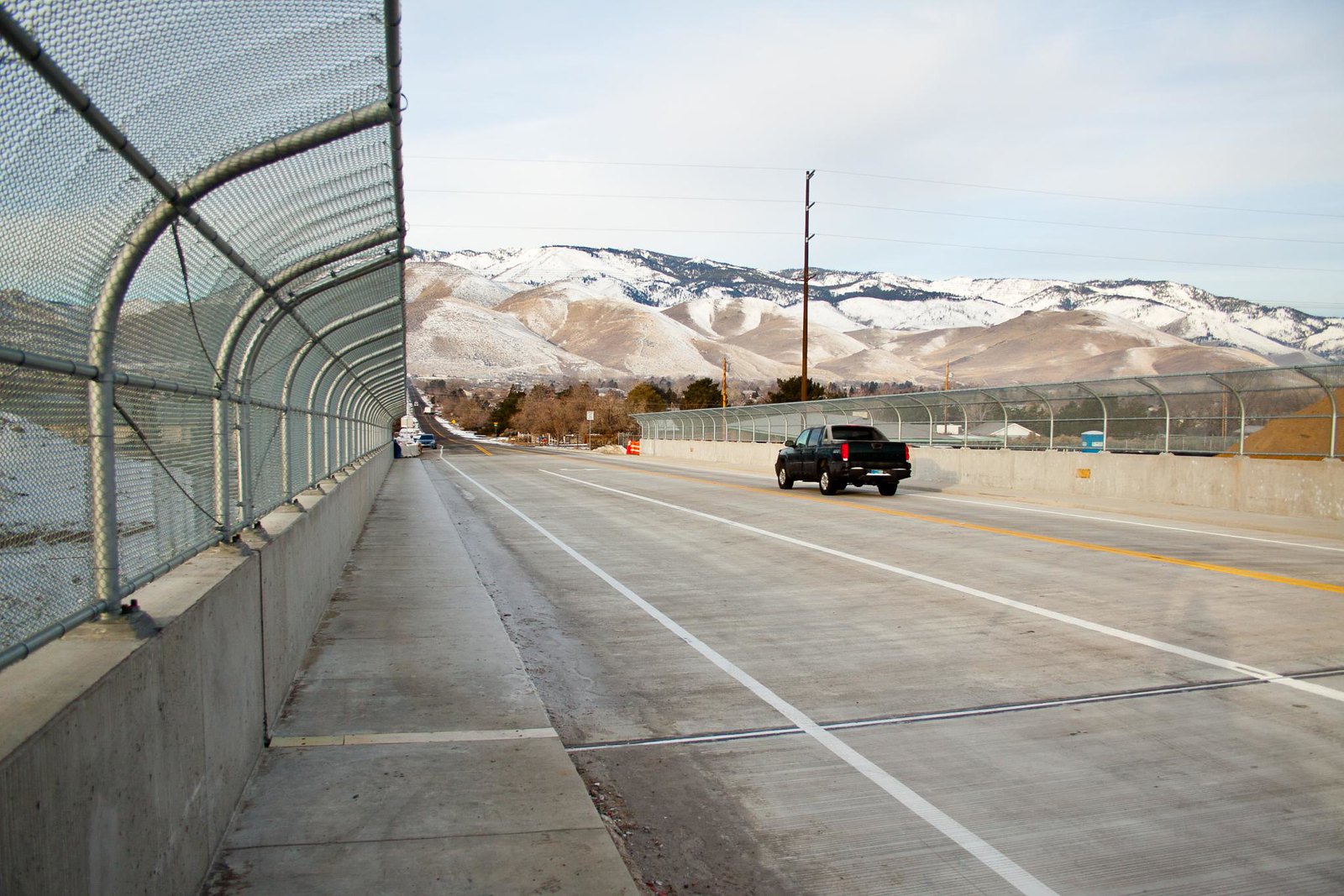 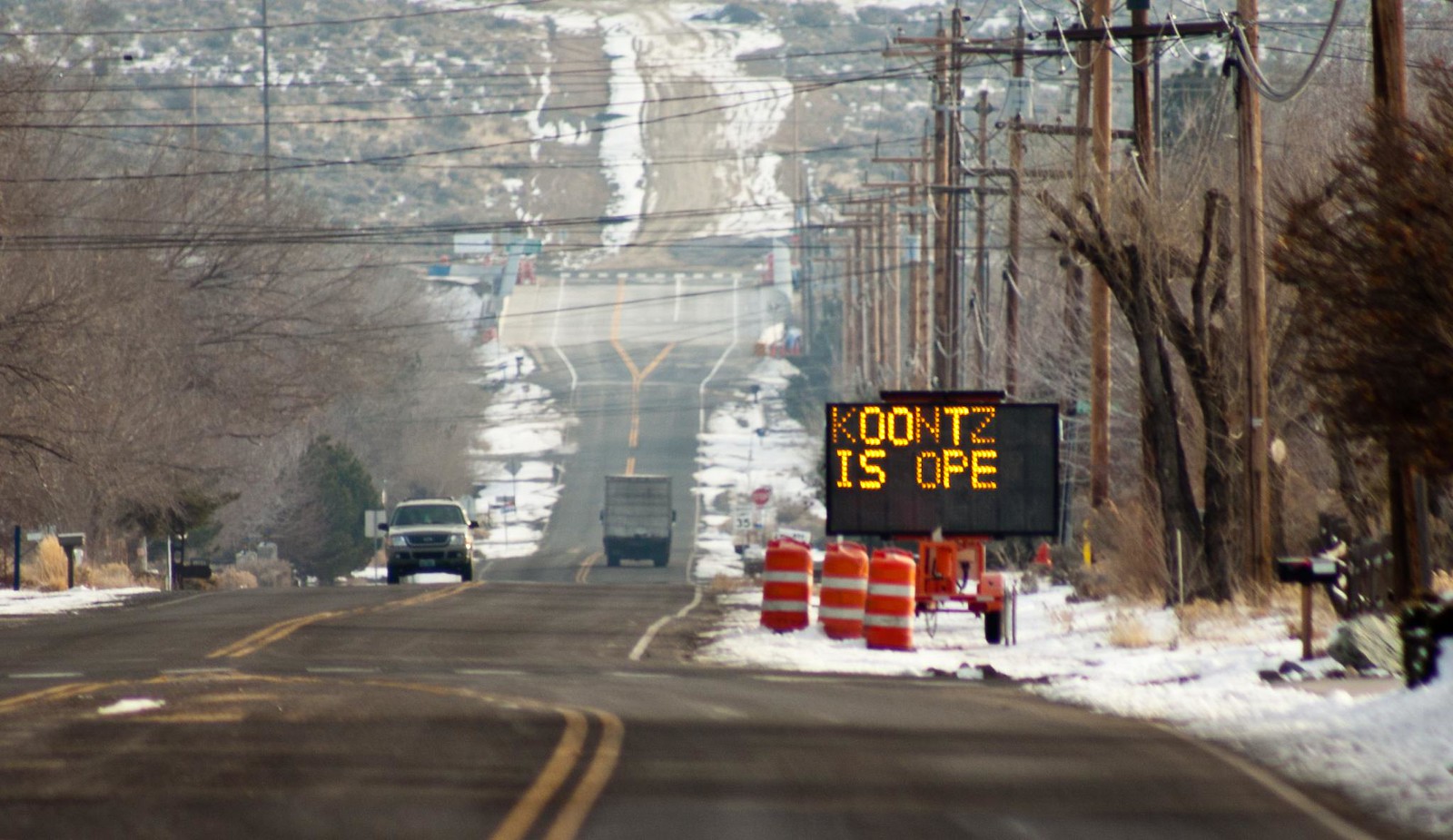 The bridge itself looks great. There are three lanes on the bridge, two travel lanes and a turn lane. There are also two bike lanes, and a sidewalk on each side. Plus there is a suicide fence along both sides, I guess because we don’t want anyone jumping down onto the freeway below. Very forward thinking of them, I suppose, because so many bridges around the country are now looking at having to retrofit suicide bridges in. So why not build it in during initial construction? 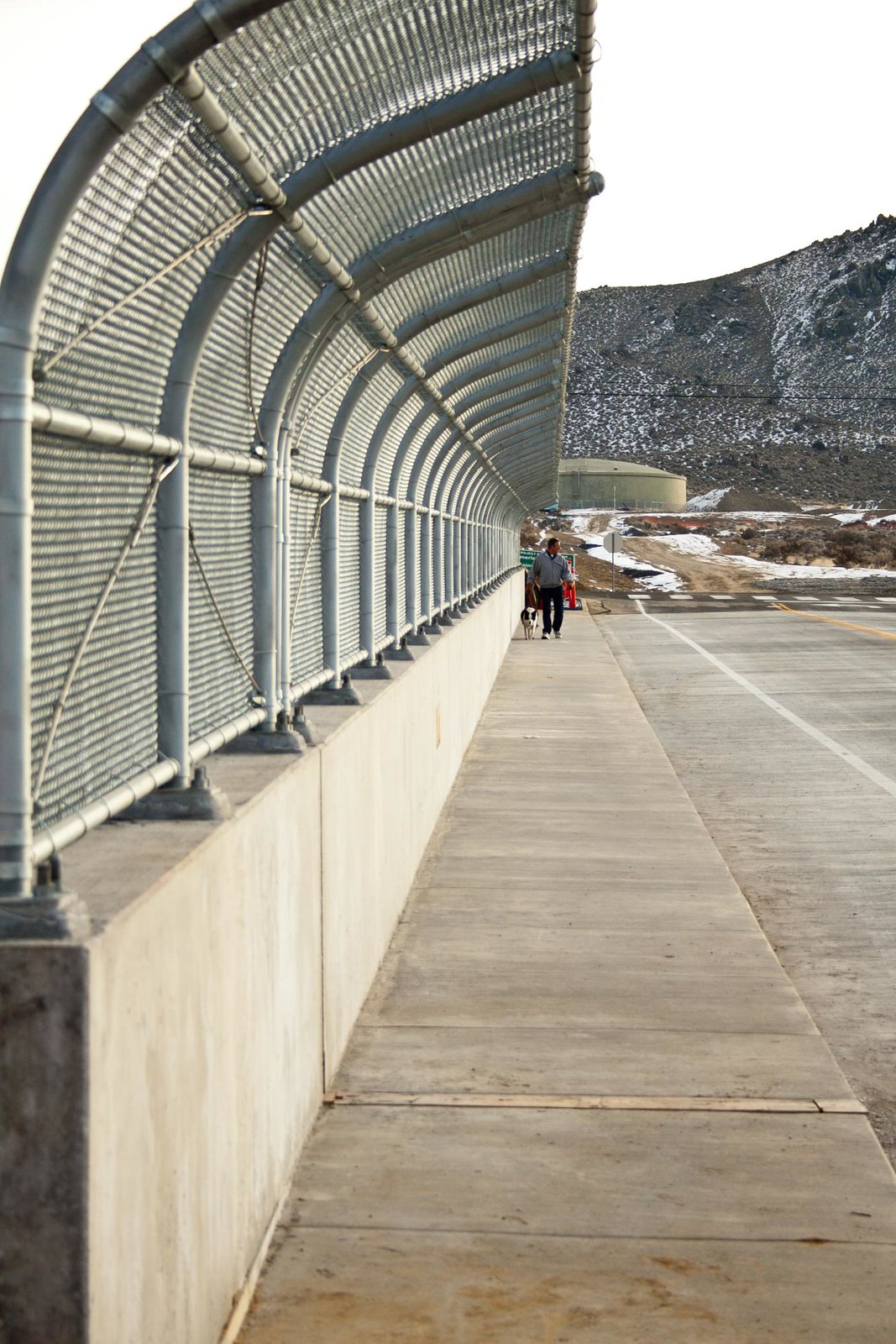 A suicide fence curves over the sidewalk.

The ground around the bridge still looks like a construction zone, though. They have a lot of cleanup to do, and I think they’re still working on the outside of the bridge even though the roadbed itself is done. Then, of course, one day they’ll be digging a large trench underneath the bridge and laying down a freeway. But when that day comes they should be able to do that without having to disrupt traffic on top of the bridge. I guess that’s the point of building the bridges now, so that when the actual freeway construction gets underway and the whole area is a huge mess, at least there will be some stability there with the bridges. 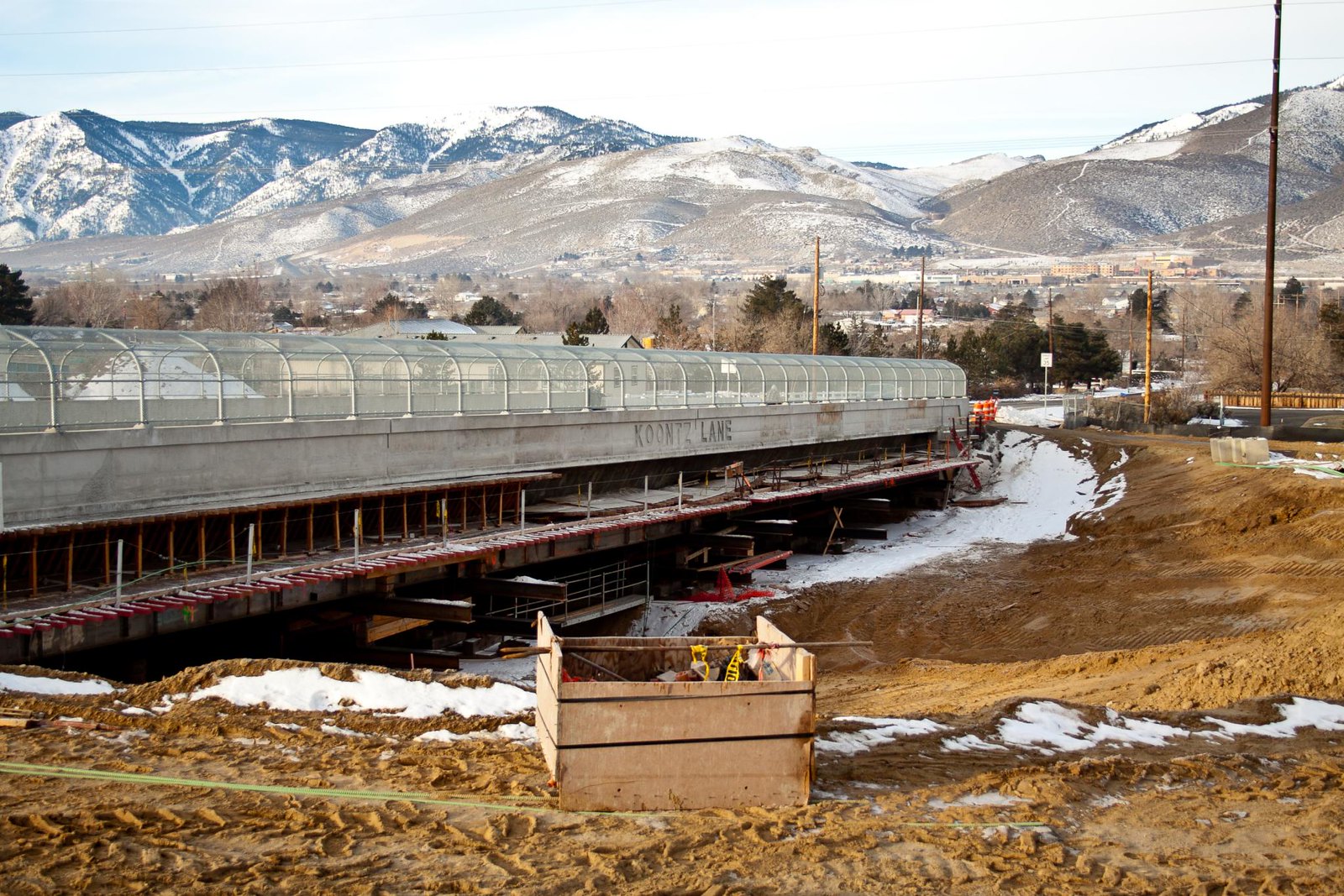 Notice the inlaid “Koontz Lane” on the side of the overpass. 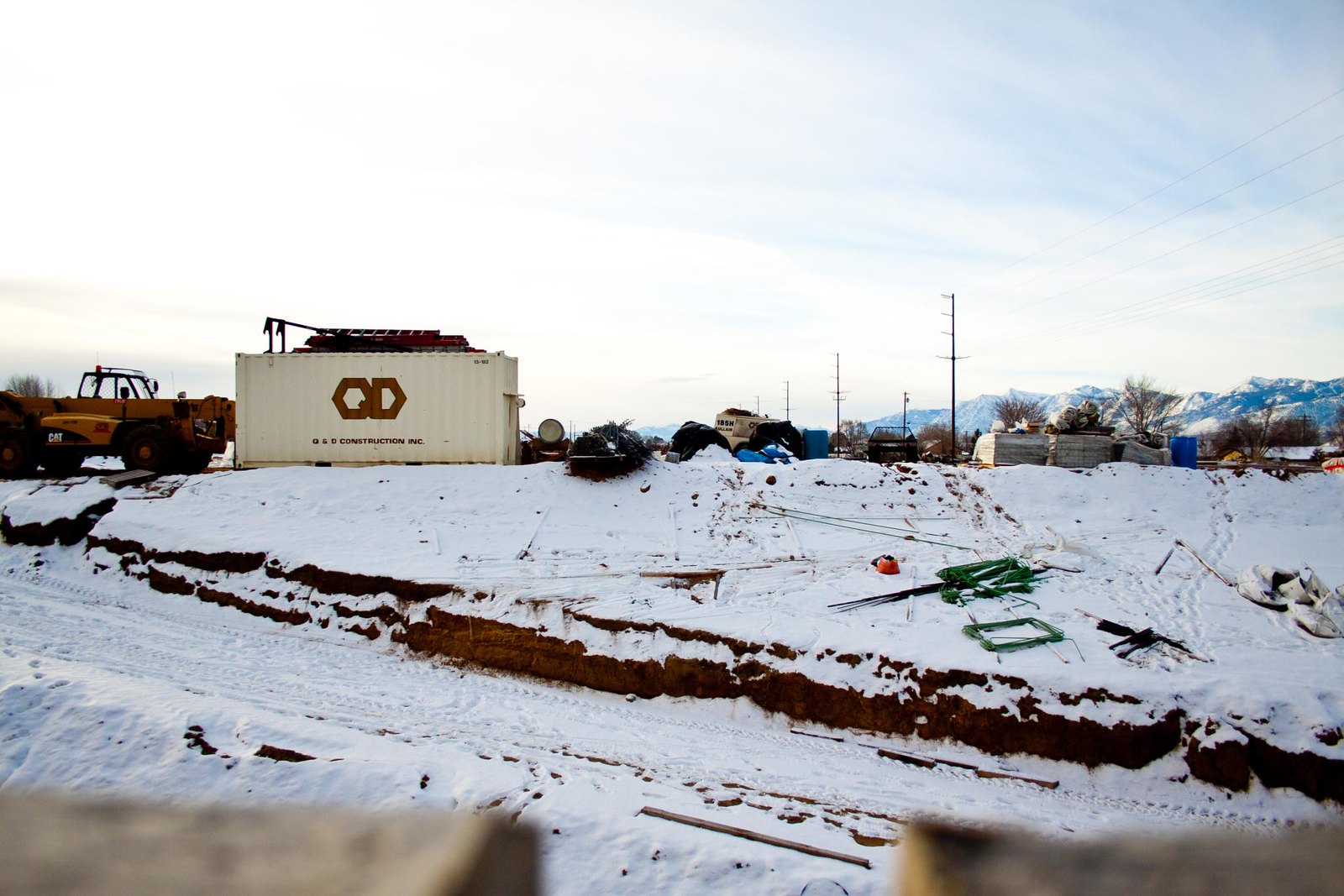 Looking due south at the line of where the freeway will be.

Next up is the Clearview St Overpass. Construction on that gets underway Monday, with the street being closed and torn up just like Koontz was. There is a 10-month timetable on that project, just like there was on this one, so look at November for the grand opening of the Clearview overpass. And then…well, what happens next is a huge question mark. There’s a bridge at Snyder that needs to be built, there’s a whole hellish four-way interchange at Spooner and 395 that they have to conjure out of thin air, and there’s a couple of miles of freeway roadbed they have to build, most of which will be 20 feet below grade. So even if they started now it would be three or four years before the freeway is completely done. And since they have no way of knowing when they’ll actually get started or where the money is going to come from, I don’t think we’ll see Phase Three of the freeway (or Phase 2B, as they’re still ridiculously calling it) open for a long long time. 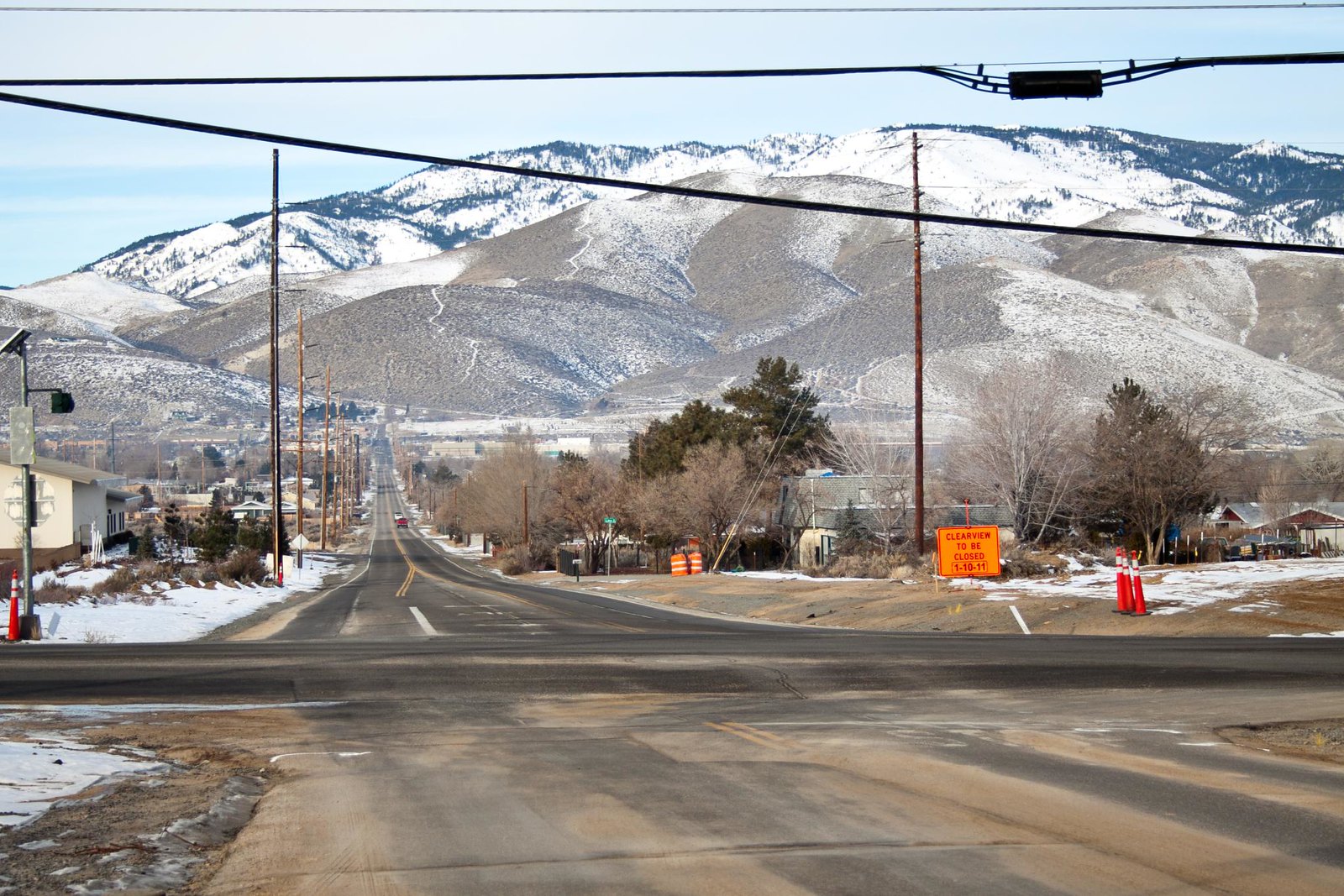 Clearview is peaceful now. The peace will be broken very soon.

But we have a new bridge to enjoy! Even if it doesn’t cross over anything yet! 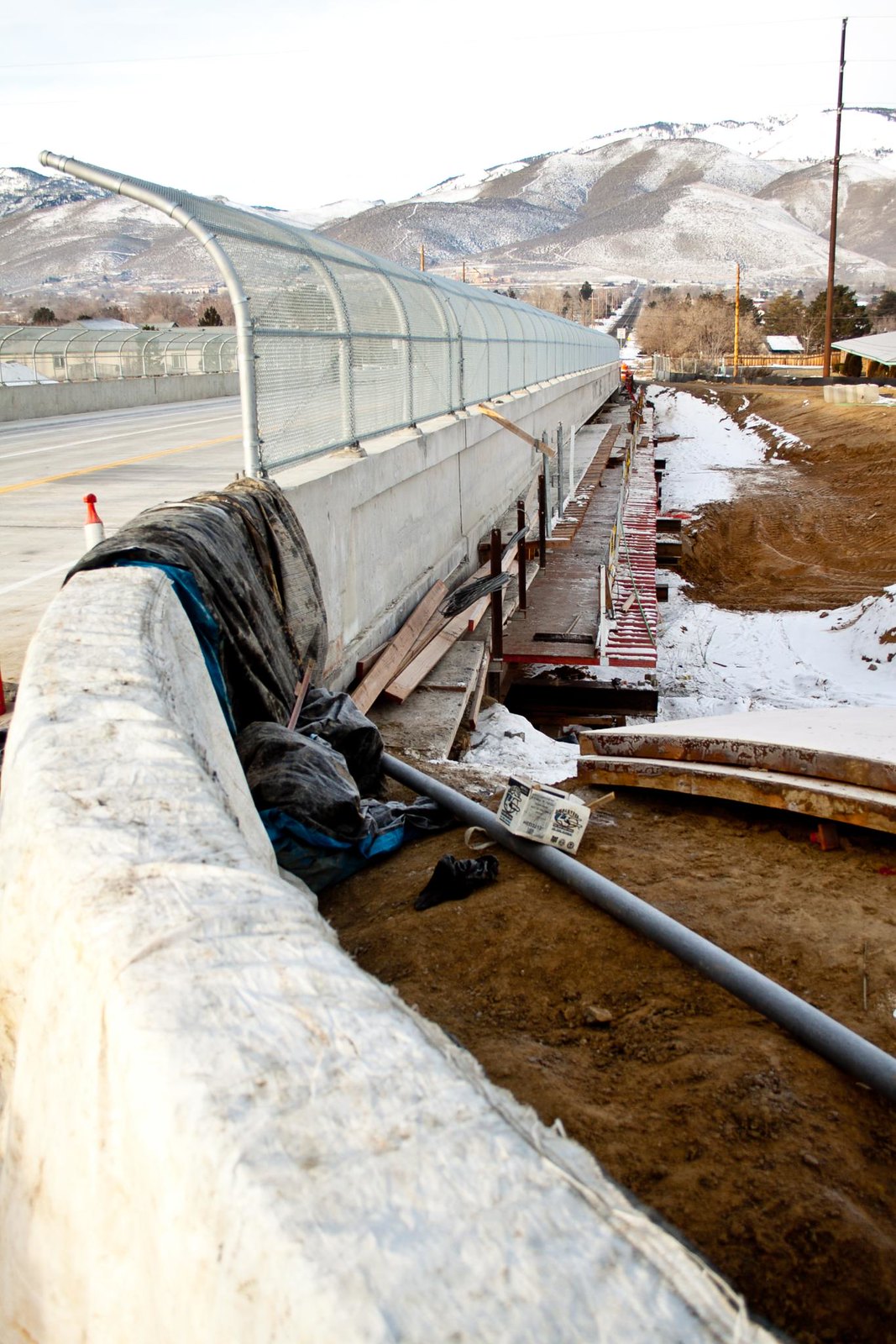 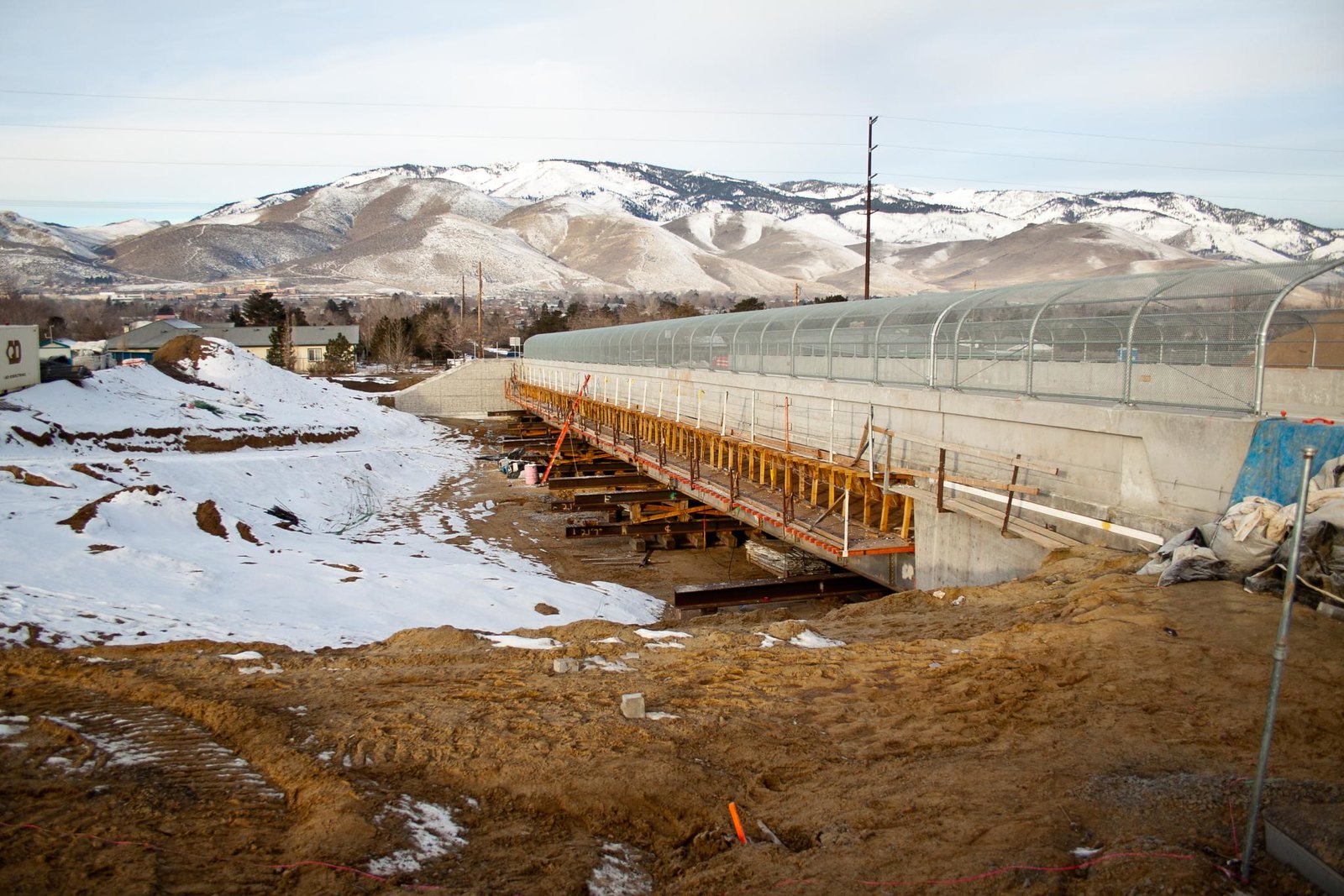 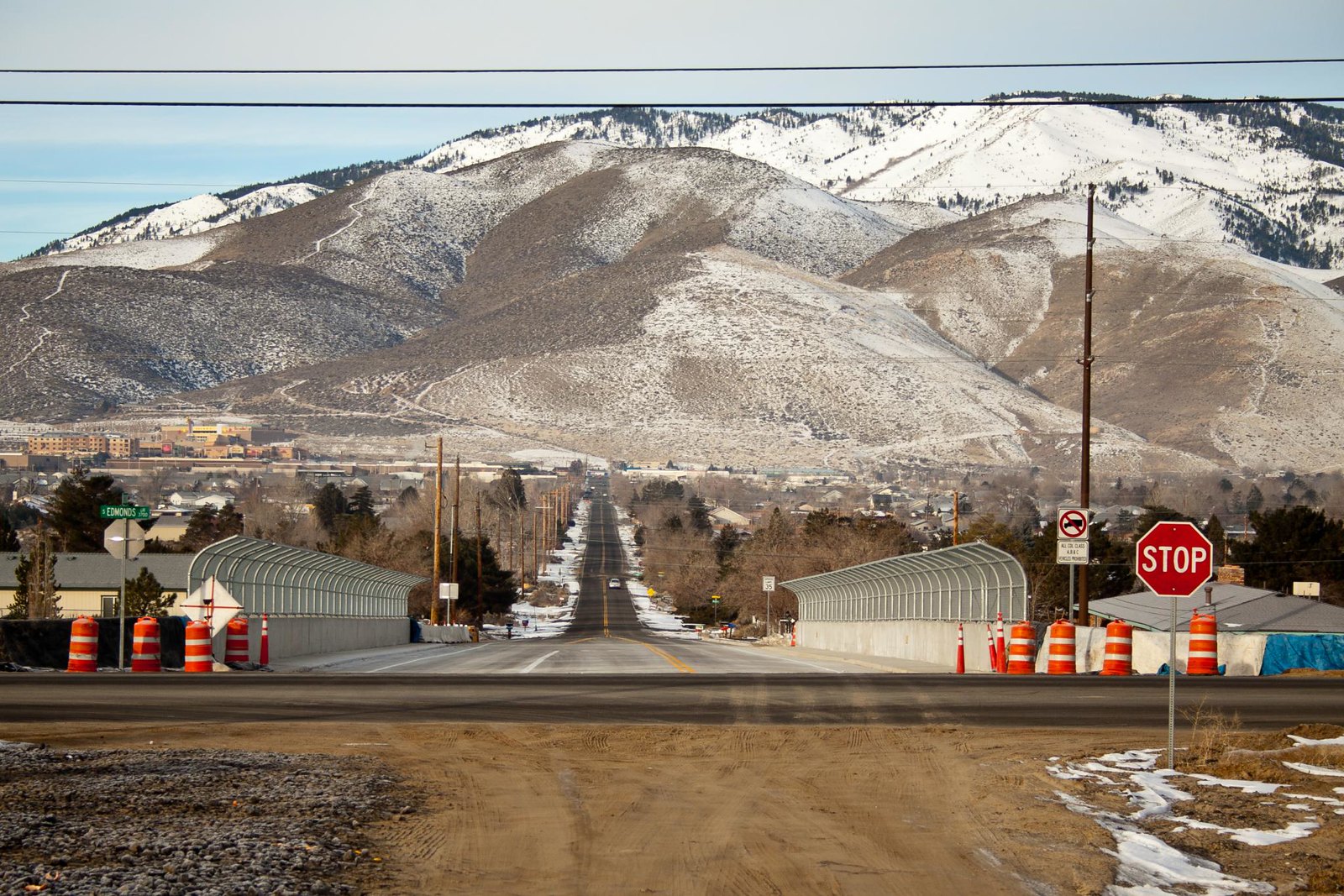