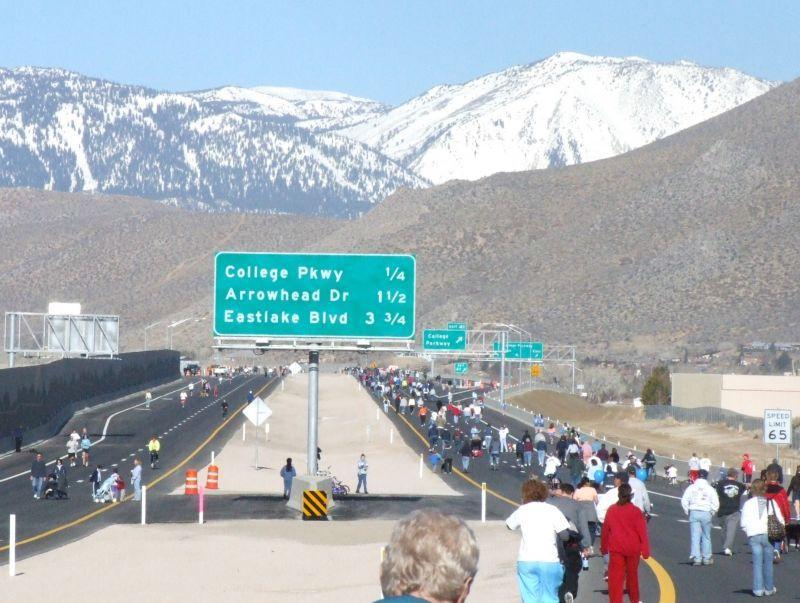 We’re finally getting some firm dates on the opening of Phase 2 of the Carson City Freeway. And just like last time, there will be another Fun Run/Walk, where the freeway will be open to foot traffic before it’s open to cars. That will take place on September 19th. The freeway will open to traffic “two weeks later”, presumably October 3rd.

And they’re still set to start working on the bridges for Phase 3 next spring, closing down Clearview and Koontz so they can build overpasses similar to the one nearby at Fairview. There’s a lot more work that needs to be done on that phase, and they don’t have the money to do most of it. But at least they’ll have bridges.