I pass by the new auto dealerships on South Carson Street every day, but it’s tricky to pull over and get a good photo of them. The construction on both has come quite a long way since my last report, and I’d say that both of them will be ready to open this spring. 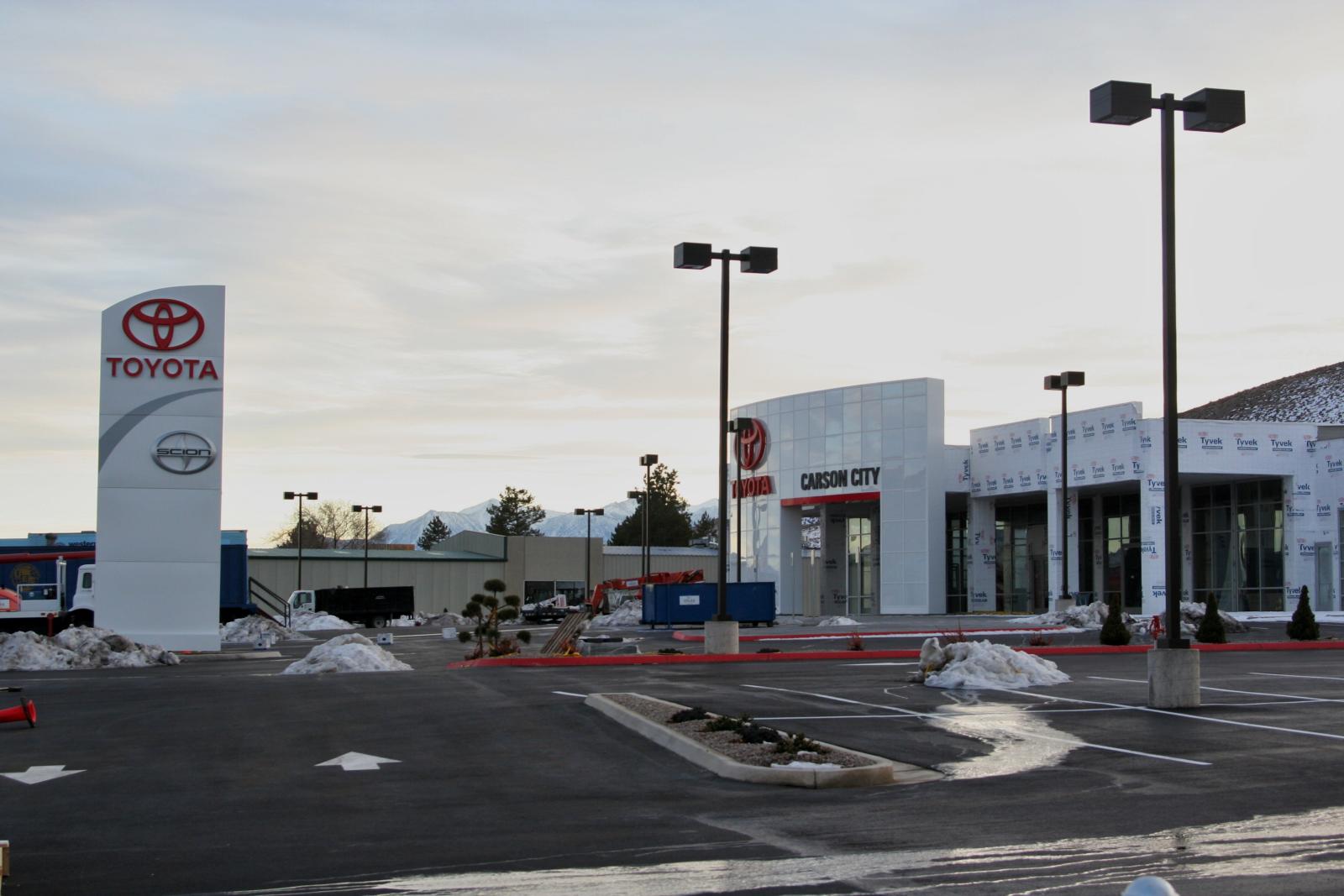 The new Dick Campagni Toyota is fronted by an impressive white wall, which completely lights up at night. Quite a centerpiece, and a way to get attention from people driving by. 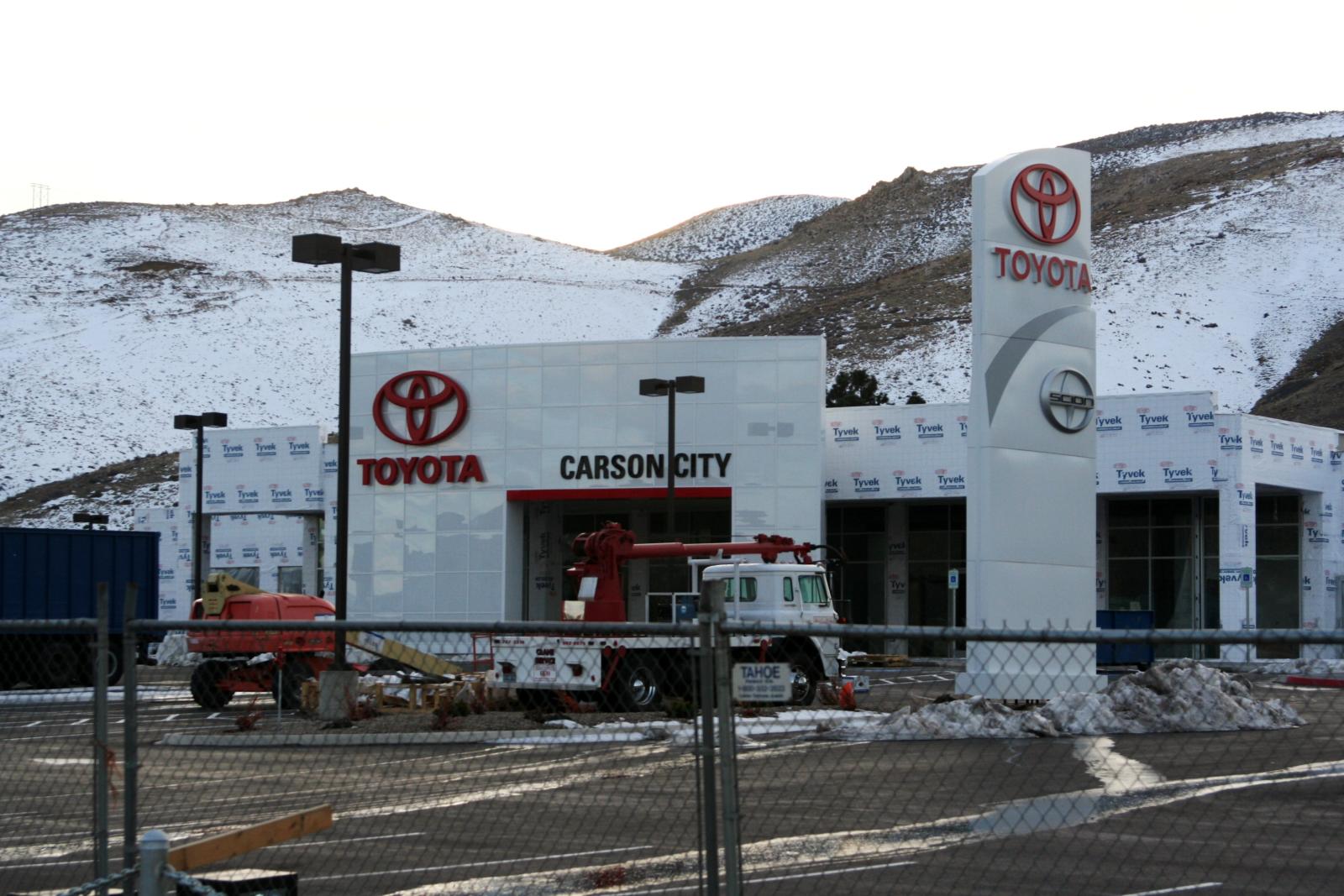 Construction on the Toyota dealership started first, so it is further along. Already the light poles in the parking lot have gone up, and only a little bit of work on the exterior remains. 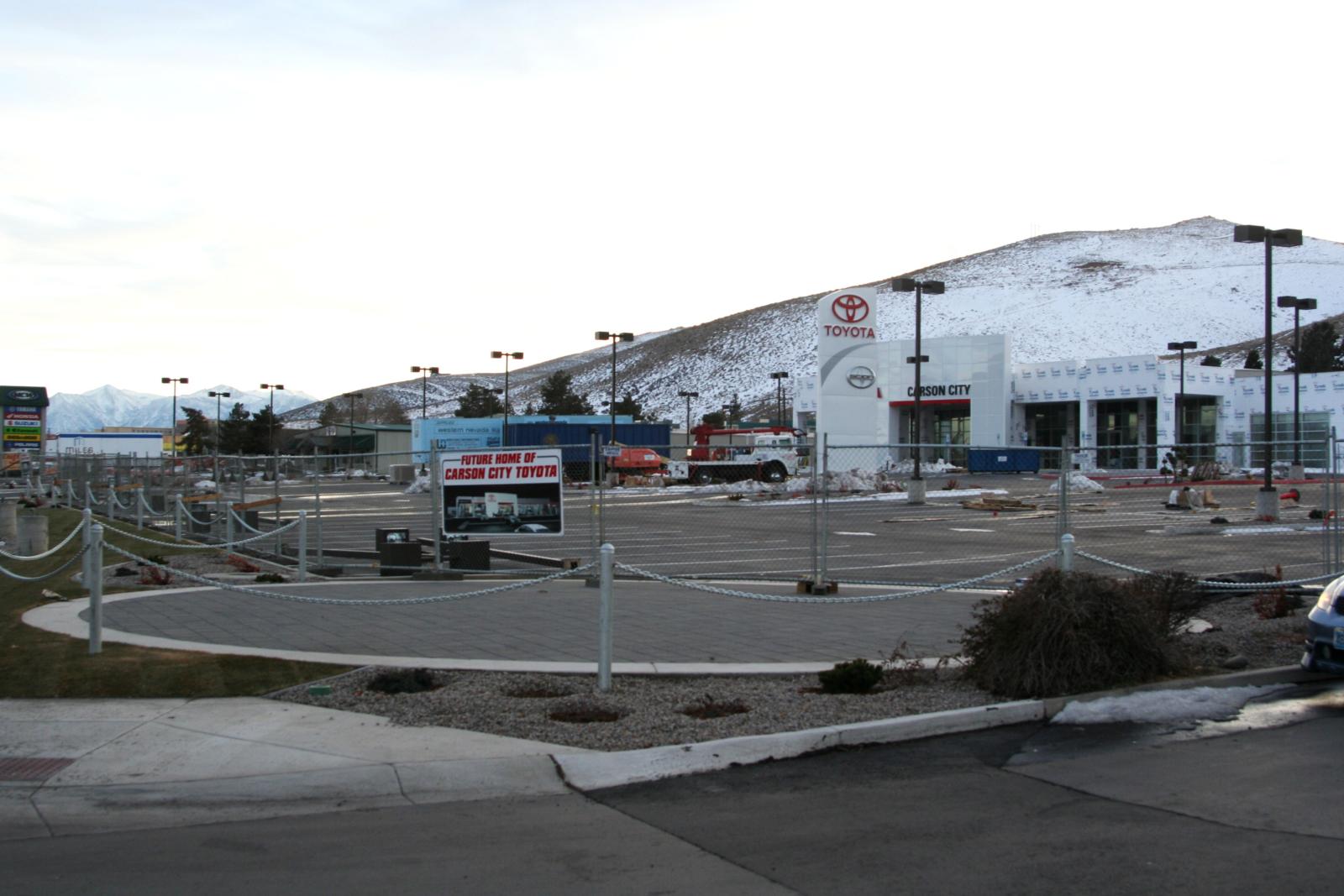 Space up front has been set aside to display the latest models, where everyone can get a good look at them. 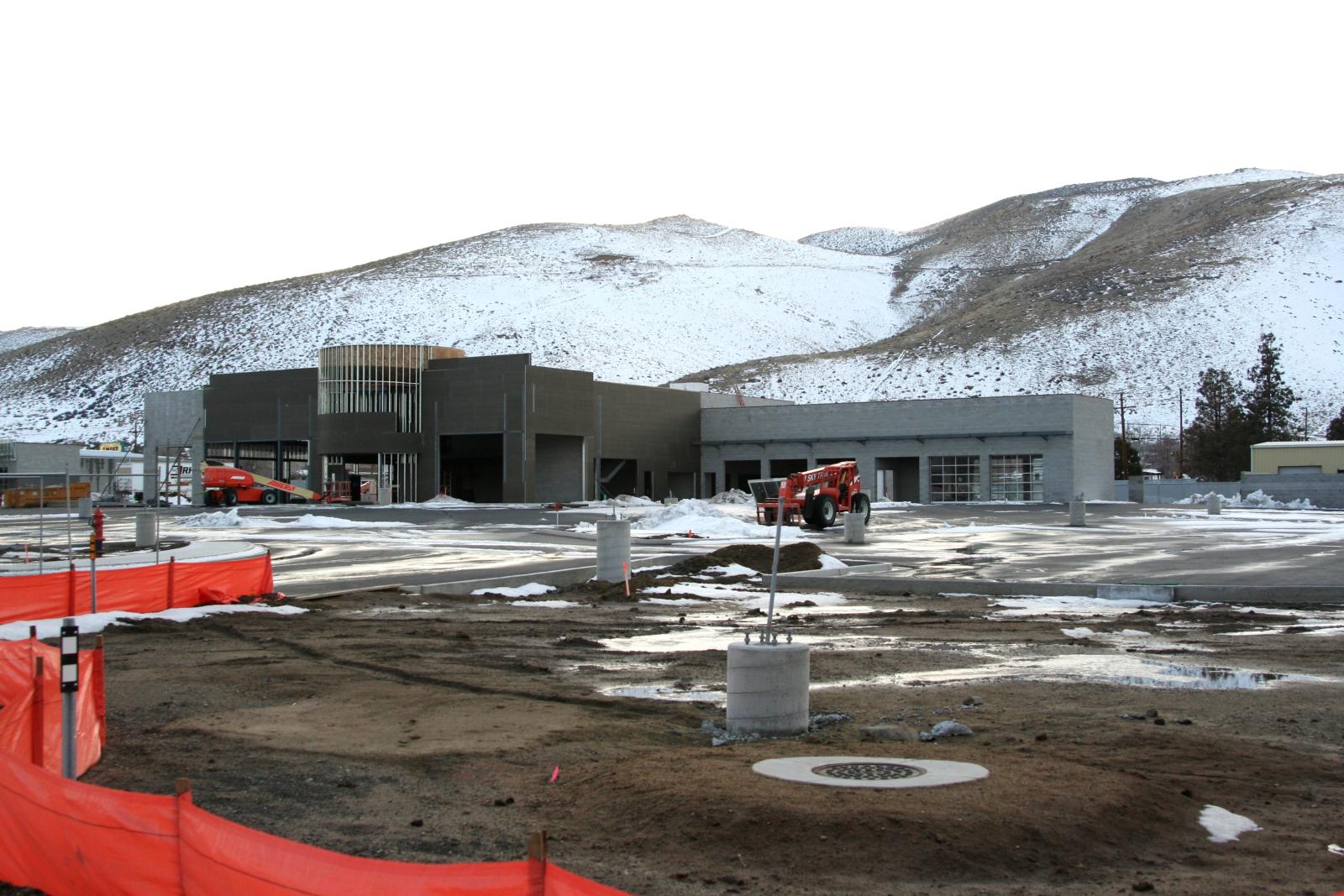 A little ways to the south is the new Michael Hohl dealership. This is actually two dealerships in one, with two completely separate buildings and parking lots. First is the Honda dealership. 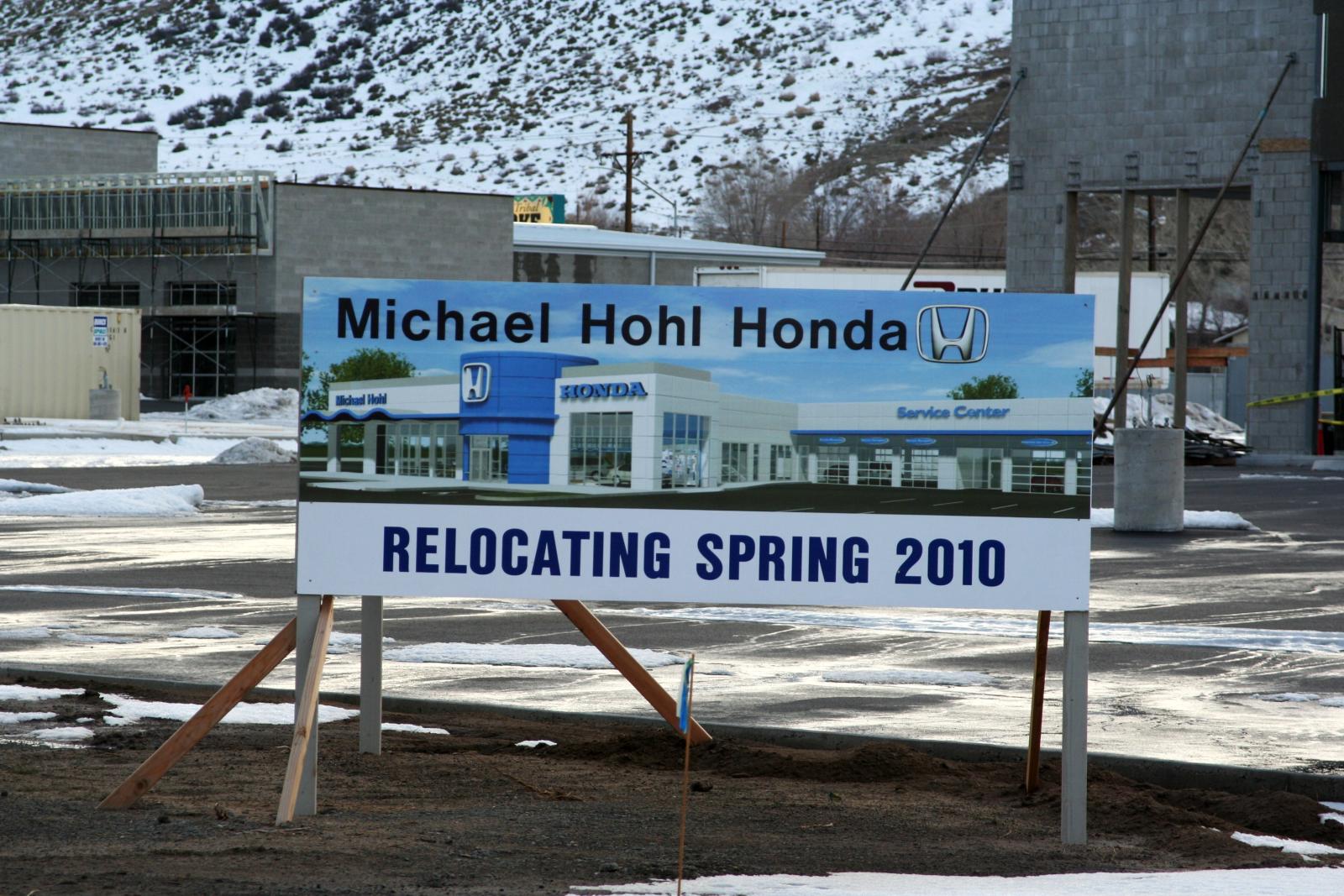 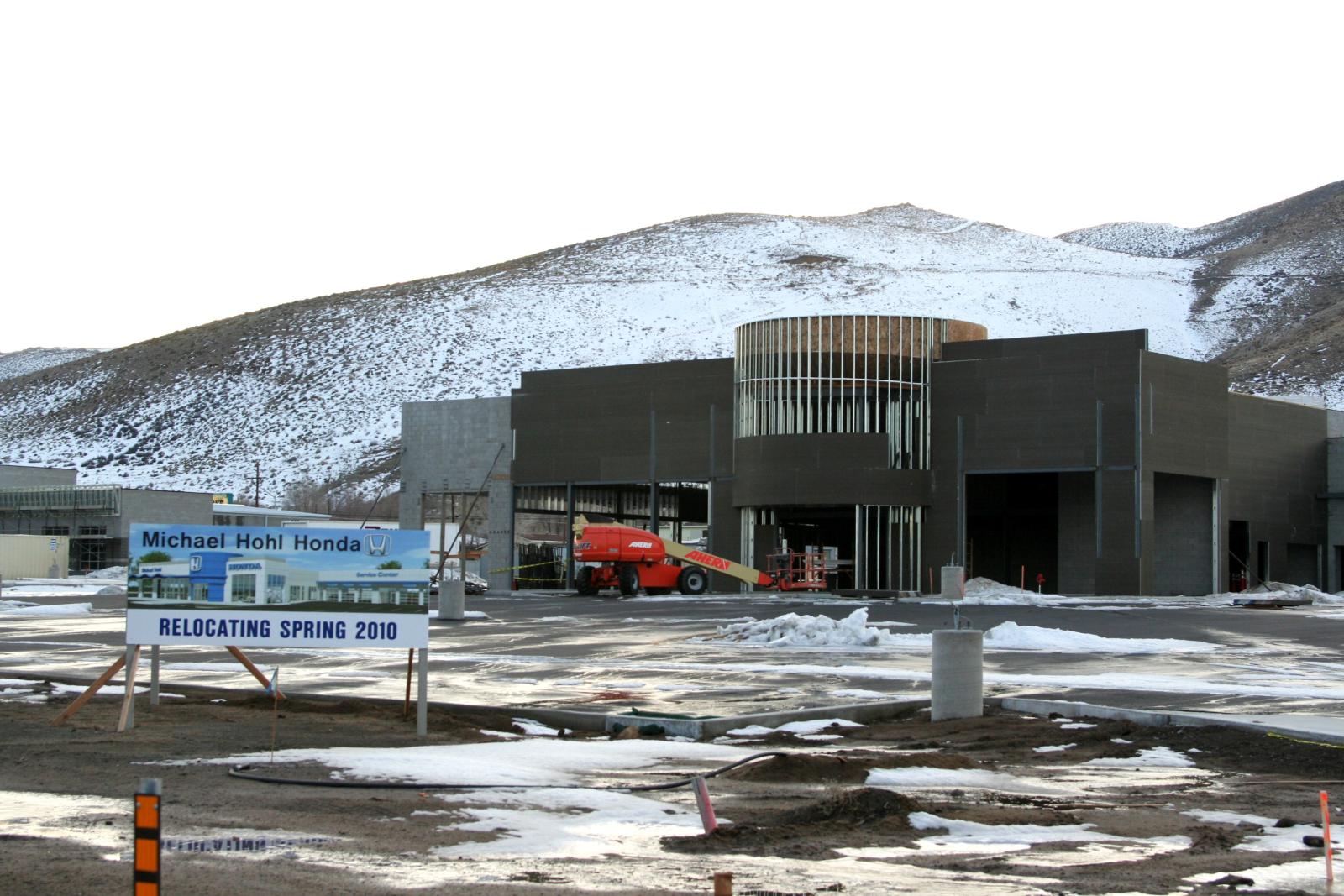 And right next door is Michael Hohl Subaru. 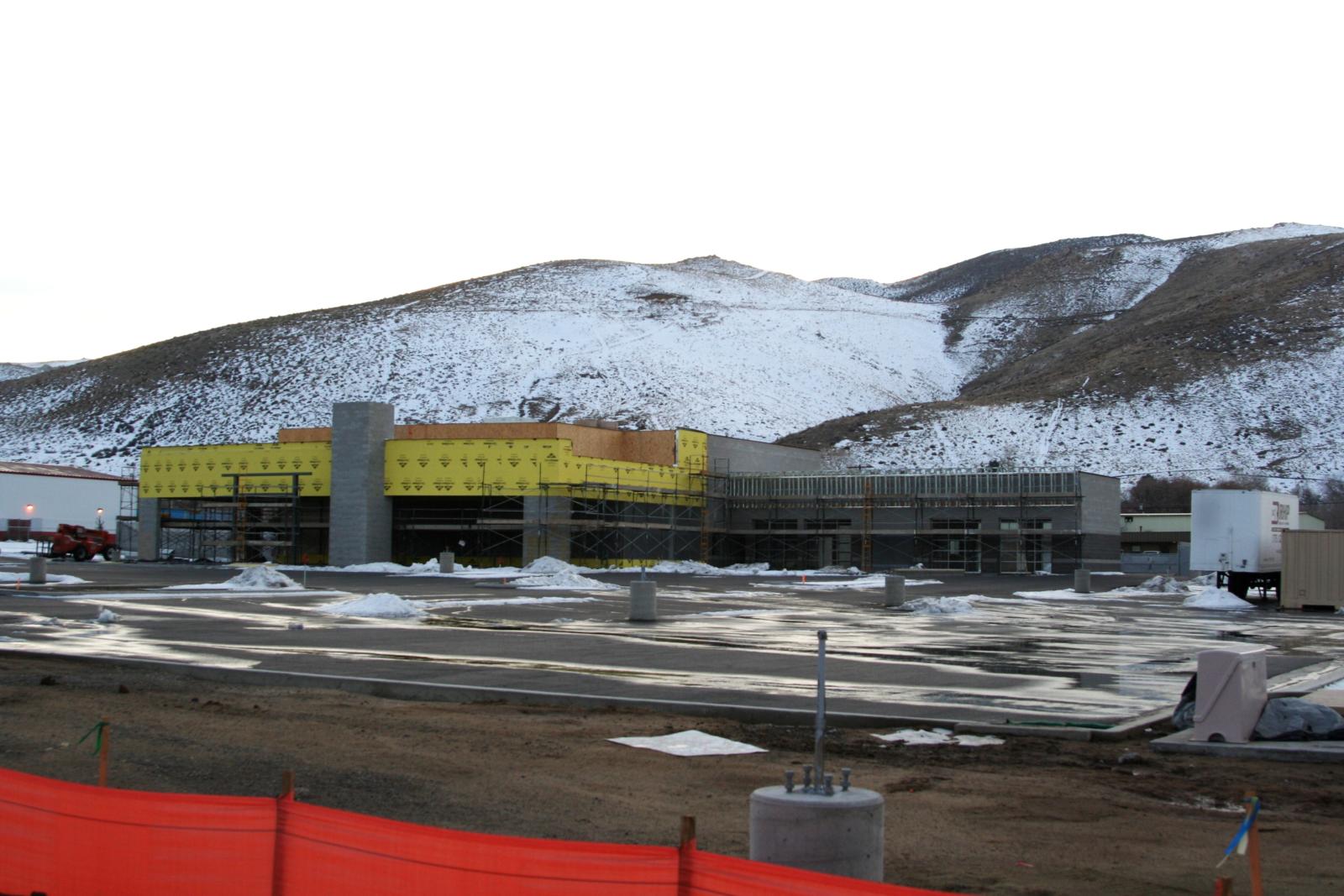 These two dealerships aren’t quite as visually striking as Toyota, but I doubt people make too many buying decisions based on what the dealership looks like. What surprises me is that Michael Hohl would build brand-new dealerships for the Honda and Subaru lines, but keep GMC and Chevrolet in the old facilities at Koontz and Carson. It was strange enough when they closed the old Valley Chevrolet at the north end of town and consolidated everything into the South Carson dealership. Now to give the shiny new stores over to Honda and Subaru, while Chevy is stuck in the old place. Looks like they’re putting more faith in the imports in the coming decade. 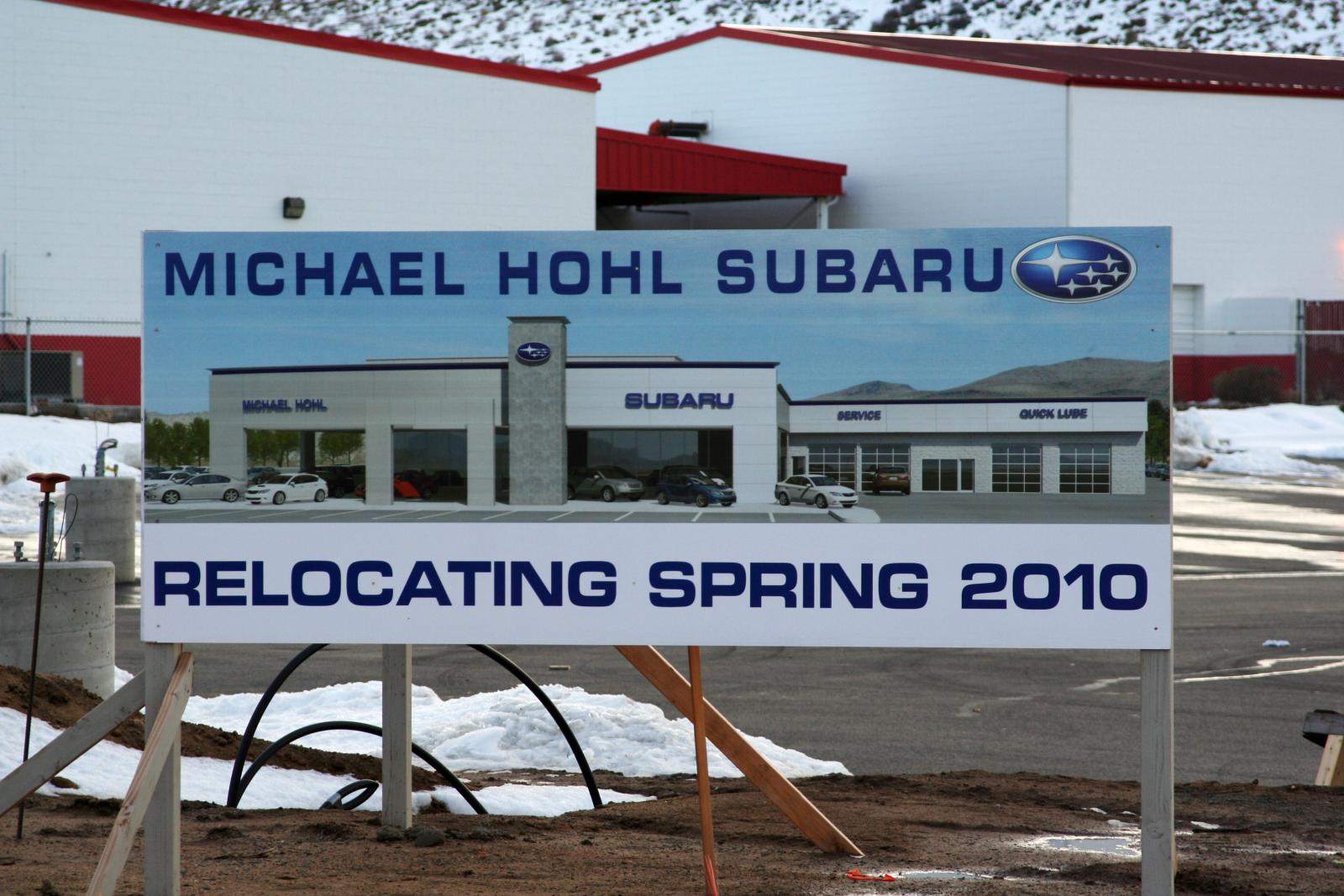 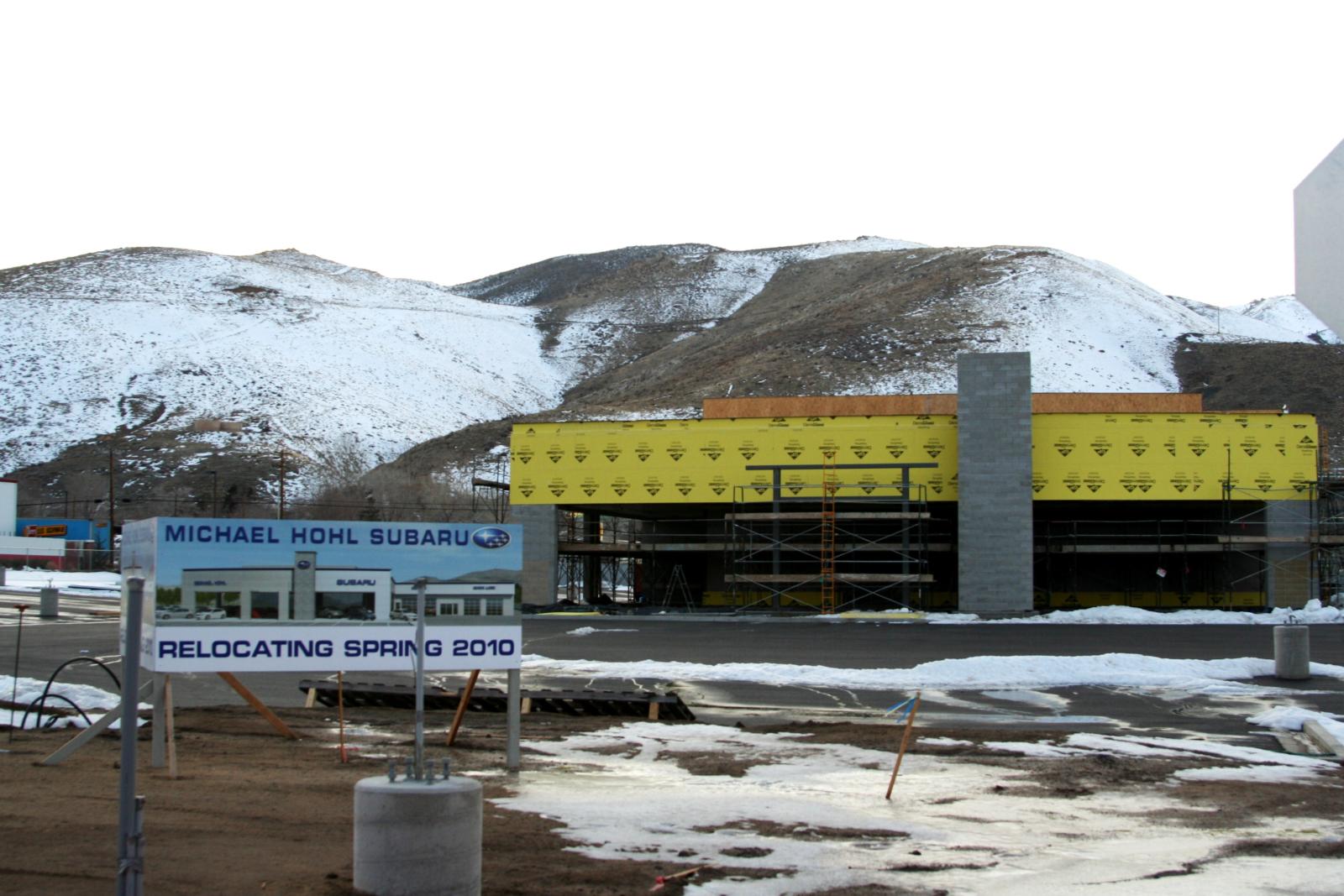 A lot of people have been calling this “auto row”, because so many car dealerships are squeezed into one stretch of highway. But I wonder if all the car dealers wouldn’t have been better off with going through with the plans to build a big consolidated auto mall in Douglas County like they had been planning a few years ago. When the final phase of the freeway is done, in 4 or 5 or 10 years, this stretch of road will be bypassed. But I guess car sales aren’t like fast food; they don’t need to be close to a freeway to attract out-of-towners. As long as the locals know where to shop for a new car, they’ll be okay.

And who was going to turn down millions of dollars in redevelopment money from the city to build in Carson? That’s throwing away free money. And to hear City Hall talk, the sales taxes from these dealerships are the only thing keeping Carson City solvent.

Now all we need in Carson is a Tesla dealer.