Downtown Carson City is about to go through a transformation. Right now the main highway still runs through the heart of town. Highway 395, and its tens of thousands of cars and trucks, creep past the Capitol, the Ormsby House, the state museum, and Nugget, and all the little shops restaurants and casinos. Downtown is dominated by the highway, and you can’t walk along the sidwalk without noticing the traffic whizzing by just a few inches from your head.

But that’s going to be changing soon. The freeway bypass, which has been promised for 50 years, is actually being built now. It’s being built in sections, so it’s going to take a while to get the full effect, but eventually all that “just passing though” traffic will be shuttled around the edge of town, leaving Carson Street and downtown just to us locals. So, the question is, what are we going to do with downtown?

That’s what the city is trying to answer this week. On Wednesday and Thursday there will be an open house of sorts, showcasing all the different ideas and possibilities for how downtown can be reimagined once the traffic is gone. It’s apparently part of the “Envision Carson City” phase of the city’s master plan The inside of the old Garibaldi’s restaurant (at the corner of Carson and Proctor) will be set up so residents can walk through 3-D simulations of the concepts, and decide which ones they like best. Then, on Thursday night, the most popular plans will be unveiled. And then, most likely, nothing more will be done for years, if ever. But at least someone is trying to think of ways to make downtown better.

We’ll have to wait to see what the plans actually involve. According to the Nevada Appeal, at least one of them calls for narrowing Carson Street to two lanes and widening the sidewalks, making it more friendly for pedestrians to get around. This is a bad idea because it’s going to stop up traffic for miles. I think they’re overestimating the effect the freeway is going to have on downtown if they really think they can get away with two lanes. I mean, yeah it will be nice to have wider sidewalks and open up the space a little, but come on. There are still going to be people driving across town that don’t use the freeway, and Carson Street is still going to be the main road. So two lanes? No way.

But, maybe there will be some exciting ideas put out there. If you want to check it out, the displays will run from noon to 6pm on Wednesday and 9am to 6pm on Thursday. And then it will be followed by the “reveal ceremony”, where the “winners” are picked. The old Garibaldi’s building is pretty easy to find. It’s right next door to the new Girabaldi’s. 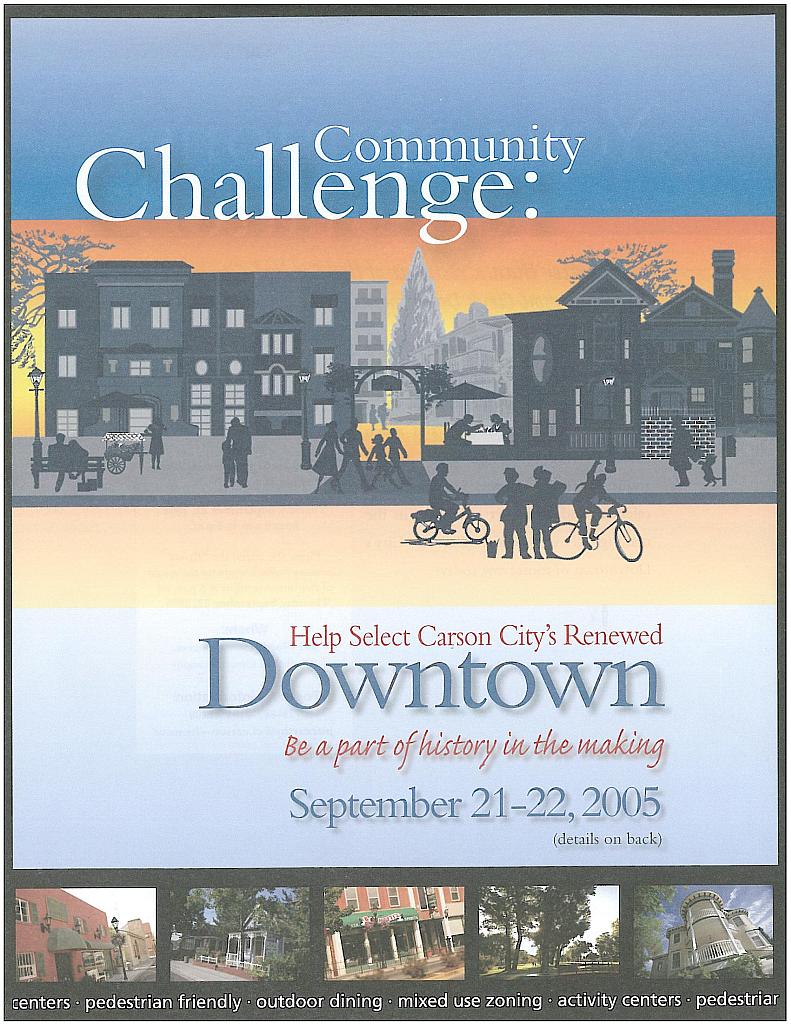 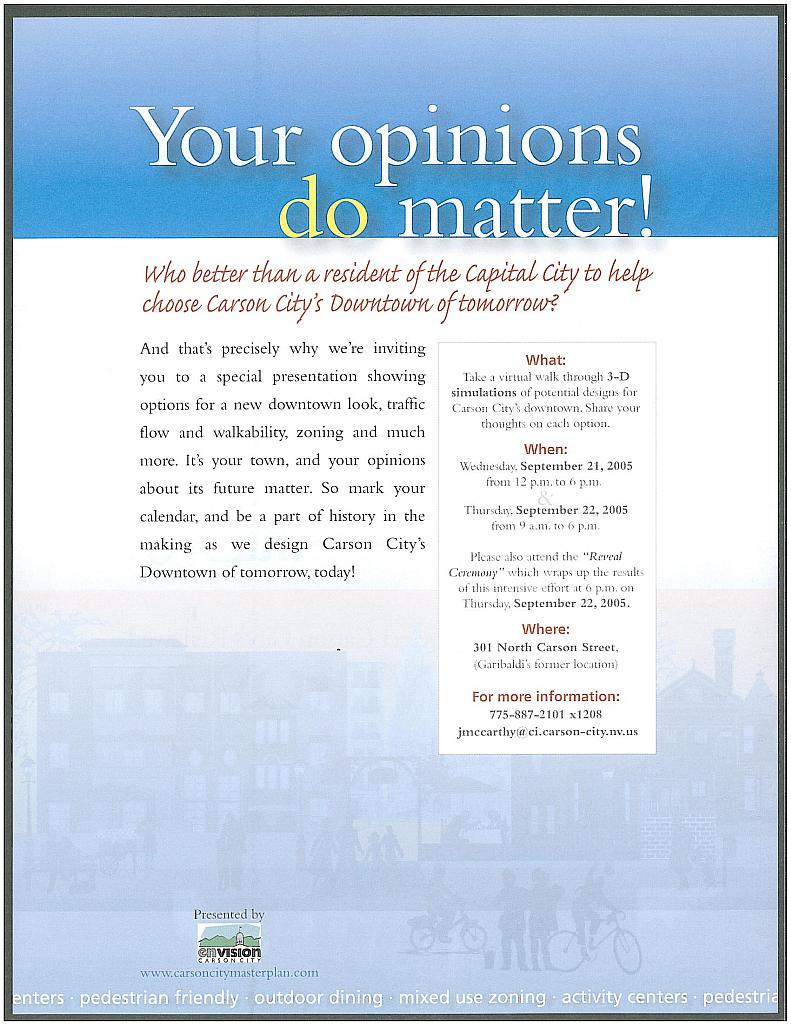