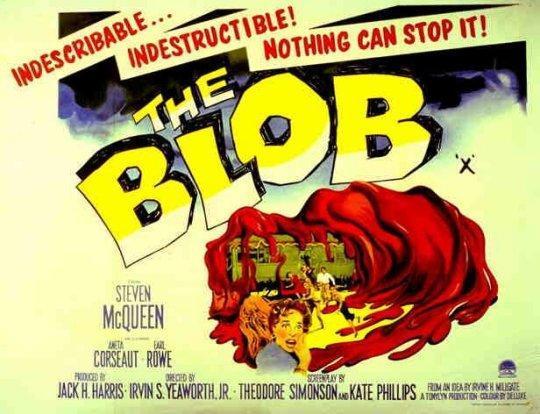 Headline of the week: “Giant Blob Found Beneath Nevada“.

Hidden beneath the U.S. West’s Great Basin, scientists have spied a giant blob of rocky material dripping like honey.

A region of heavier material trapped in the lithosphere gets warmed up and begins to sink into the lighter, less dense mantle beneath, pulling a long tail of material after it.

“Honey dripping off of a spoon is a visual aid to what we think the drip looks like,” West told LiveScience. “Dripping honey tends to lead with a large blob of honey, with a long tail of material following the initial blob.”