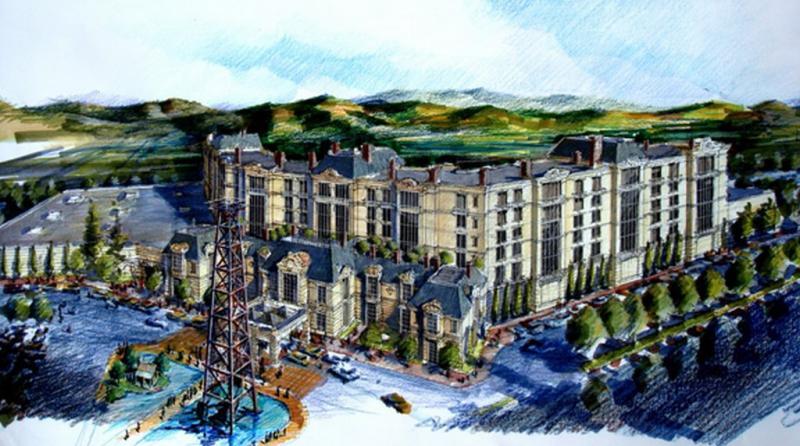 With the approval of the plans for the big marquee sign finally being obtained last year, it seemed like the Beverly Hillbillies Casino was all set to go, and that for the first time in 10 years nothing was stopping them from getting bulldozers on the site and getting to work. But in the six months since the sign was approved, nothing has happened, leaving us still to wonder: will Jethro’s Casino ever get built?

Oh but wait, there’s still the lawsuit. A suit came forward from Big George, a housing developer who was planning a subdivision near the casino site, saying the project should be stopped because of the effect it would have on the property values in their Georgetown Village residential neighborhood. This lawsuit has kind of been a stumbling block in both projects going forward, and now with where the economy has been headed for the last half a year, it might be too late for either of them to gain any steam, even if the lawsuit is dismissed.

And there’s even more trouble, in the form of a second lawsuit, this one against Big George, but the threads in this story are already too knotted, so you can go to the Nevada Appeal’s site to read about that one. The bottom line is that the troubles with this casino project are endless, and as soon as one issue is cleared up another three always take its place. It seems like the saga will never end.