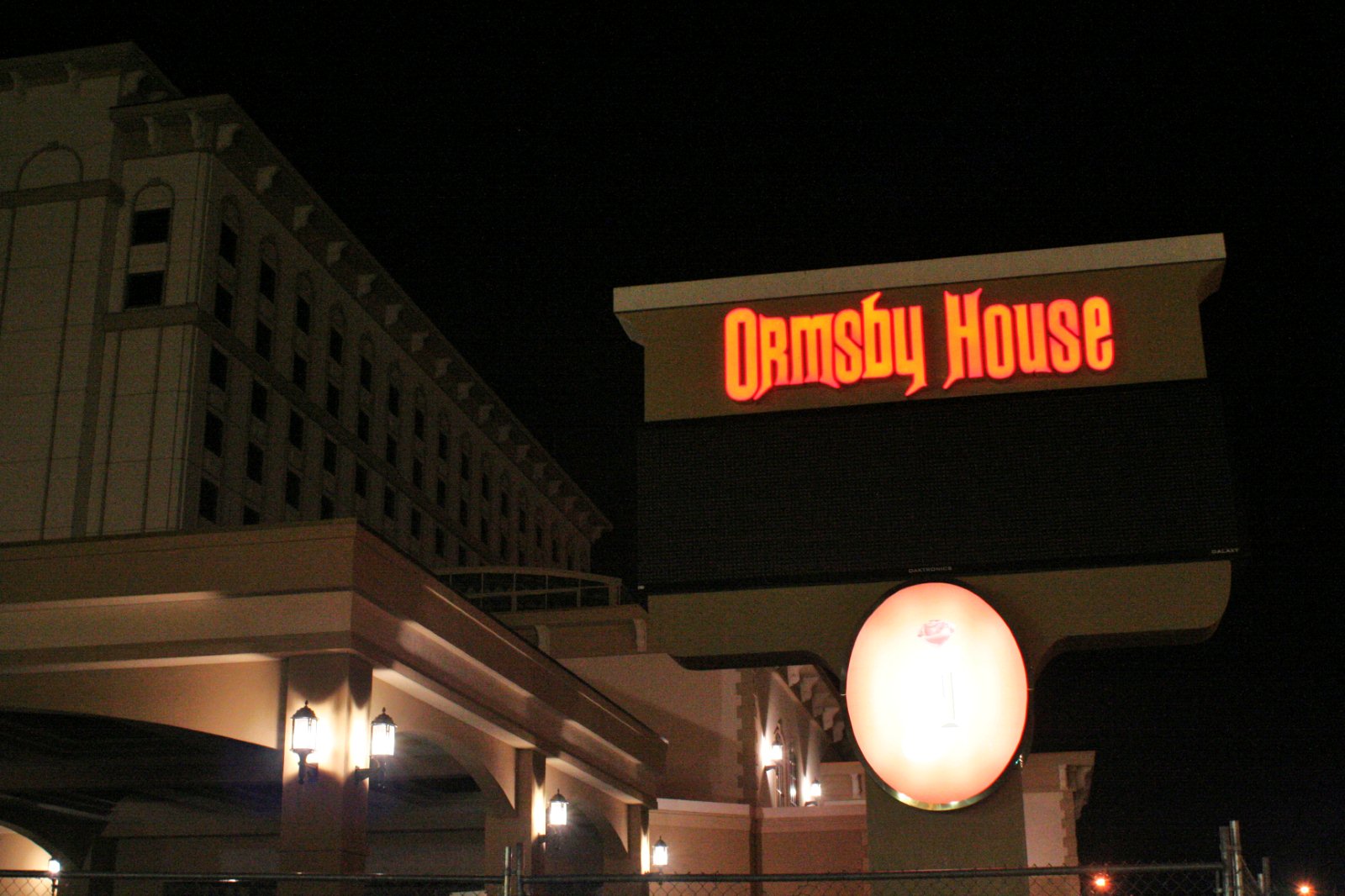 Just looking at the Ormsby House, you’d think it was an abandoned building. But I watch it enough to know that there is life inside there, just not very much. There should be a crew of a hundred people working on that building, but instead they just have a handful. But you do see trucks parked outside, and the front door open during the day, and even one or two people milling around. So they’re still working on it; it’s just at the rate they’re going it won’t be open until after the freeway, the V&T railroad, and Jethro’s casino are all finished.

But here’s one sign of progress: they’ve been turning on their new sign at night. And a couple of weeks ago I even saw words flashing by on the marquee. So we know there’s an electrician in the house. 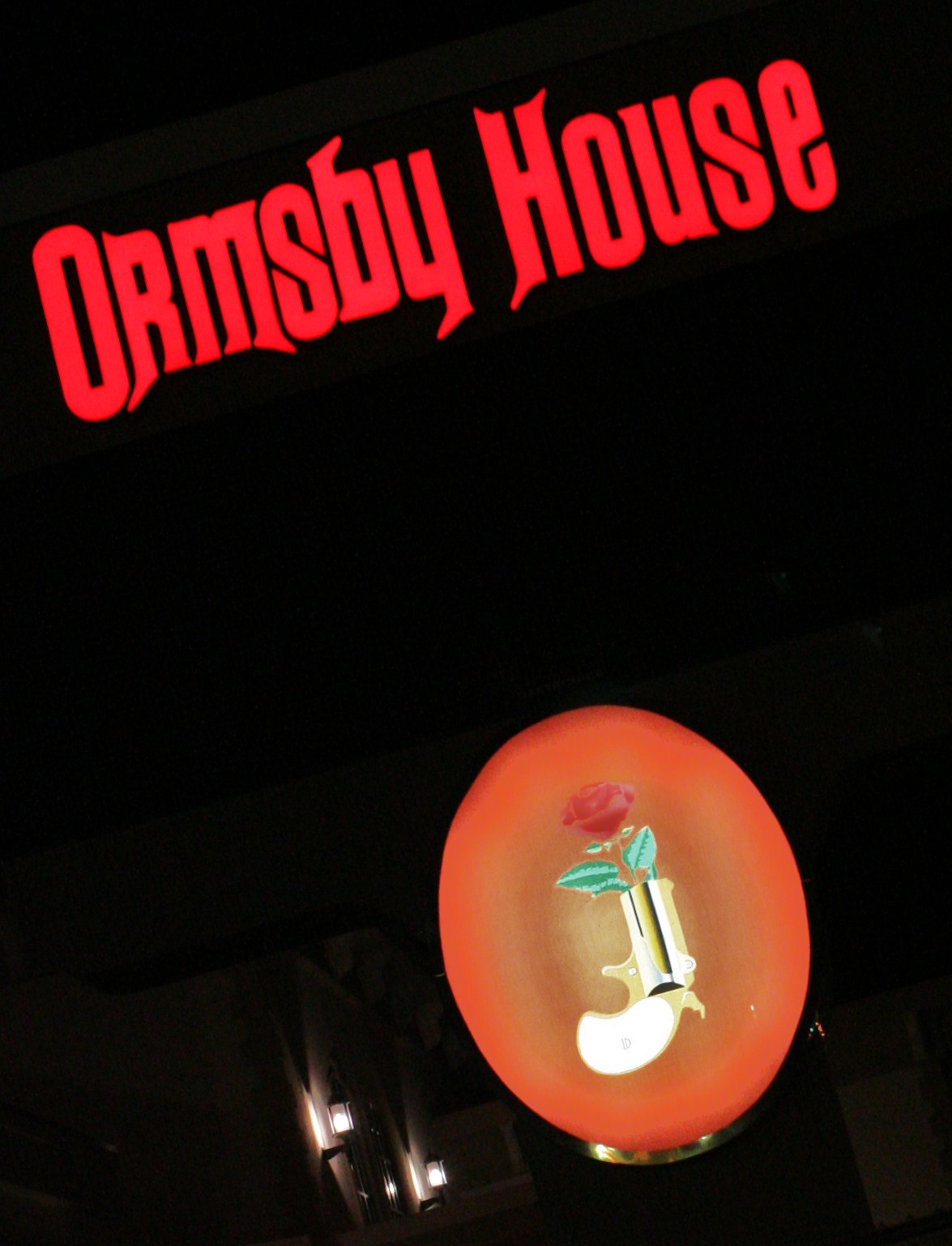