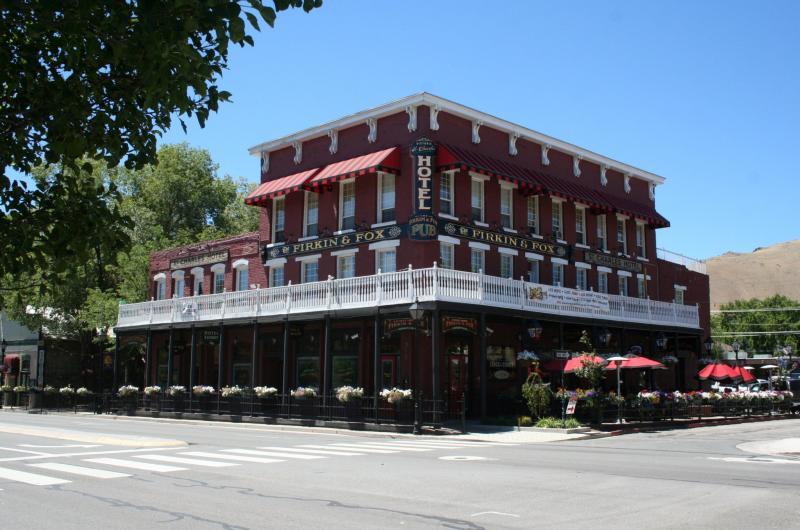 True West magazine this month has a feature story on the St. Charles Hotel and the work that has been done over the last few years to fix it up and turn it into a centerpiece of downtown. It’s a wide-ranging article, alluding to the age of the hotel (146 years) and the poor condition it was in for much of the 20th century. It’s been called a flop house, a slop house, and worse. But it’s been fixed up beautifully, and now houses an excellent restaurant, the Firkin and Fox.

But the article does make one glaring error in completely ignoring the contributions of Bob McFadden in the hotel’s current success. To read the article, it was the efforts of the current owners alone that brought it out of squalor. And while they need to be commended for four years of hard work, it was work that had already begun ten years before they owned the property. It was Bob that bought the hotel in the early 90s, kicked out the sleazy bar from the ground floor, stripped off the cracking plaster from the original brick, and rebuilt the balcony to its 1860s appearance. It was Bob that had the idea to put a classy restaurant in the ground floor, even though the space became a revolving door that was empty more than it was occupied. And it was Bob that took an eyesore of a building and made it into something Carson City could be proud of. In 2004 he decided he’d put enough of his sweat into the place and he sold it to the Lopiccolos. Sadly he died of a heart attack a few weeks later. But we can’t let his contribution to downtown Carson City be forgotten.

Mark and Jenny Lopiccolo have continued the work Bob started, and in many ways succeeded where he faltered. Much of the money they’ve put into the building has gone into strengthening the structure, replacing columns and reinforcing the walls to make sure the St. Charles is around for another 140 years. They were also able to do something Bob never did, attract an excellent tenant for the ground floor. The Firkin and Fox Pub is one of the best additions to downtown in years. And the whole Third Street area really blossomed this past year, with Bella Fiore Wines opening, the new Farmer’s Market starting up, and all the events that were constantly happening throughout the summer. The Lopiccolos really have to be credited for jump starting all that, along with Jim Phalan, the owner of the Firkin. But at the same time we can’t forget Bob, who was the first one to have a little faith in a dingy building and a forgotten part of town.

The story isn’t complete by any means, but let’s flip through a St. Charles photo gallery, following it through the years.

The hotel in the 1870s, when it could still be considered in its heyday. 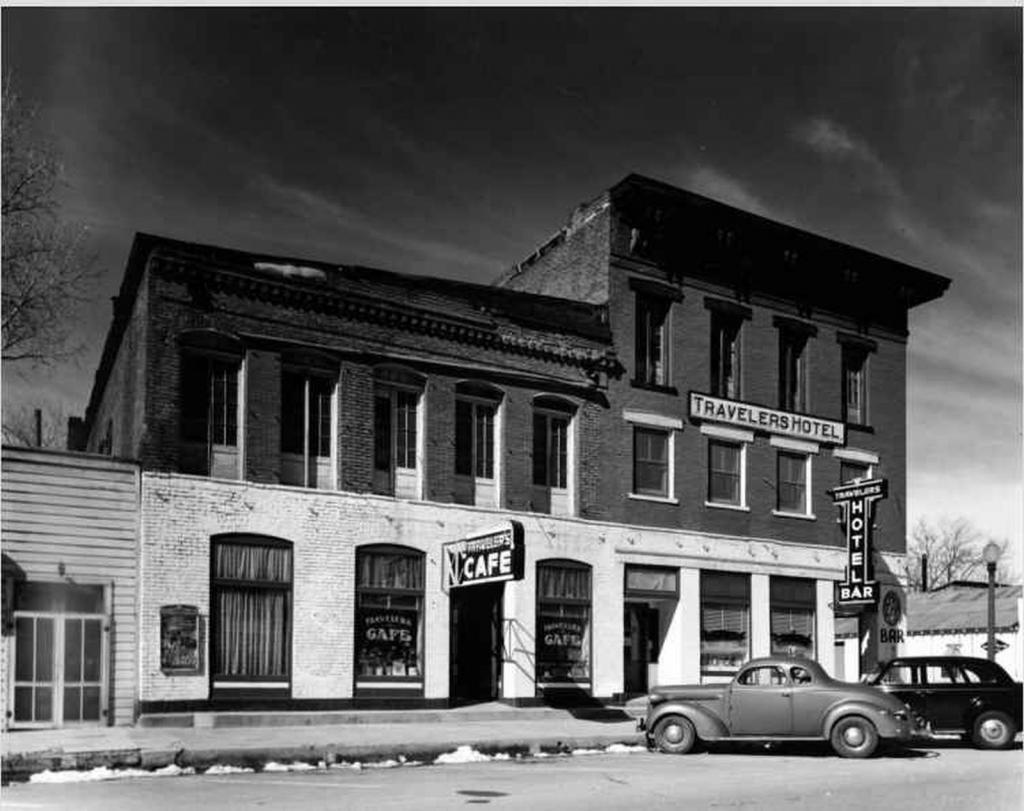 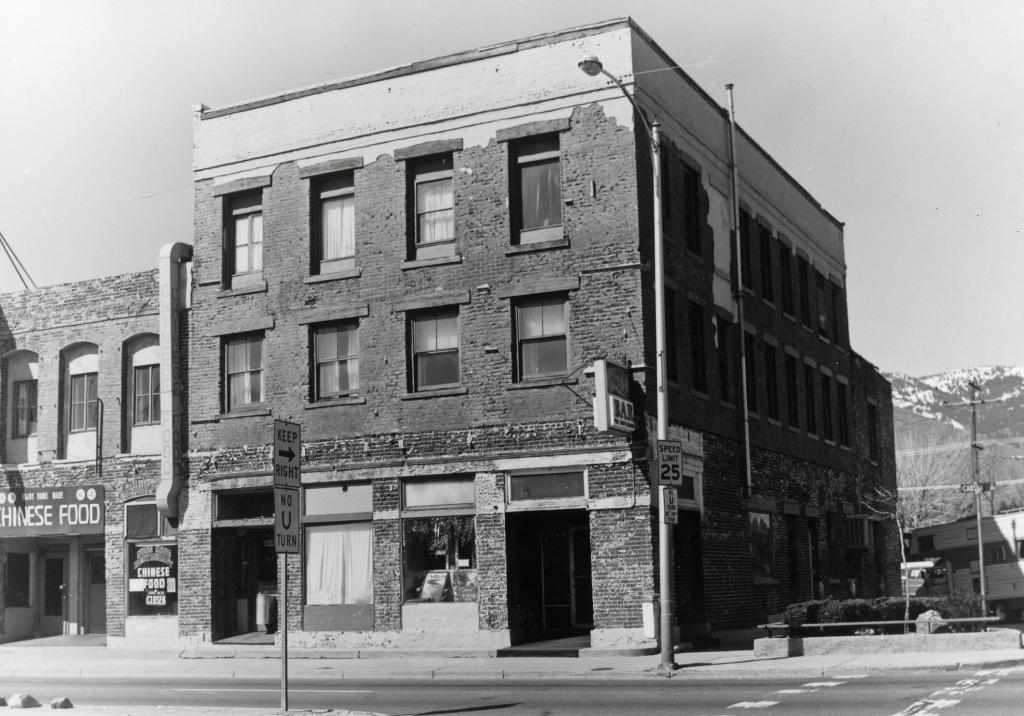 By the 1980s it was a scar on downtown, an eyesore that no one would look at twice. 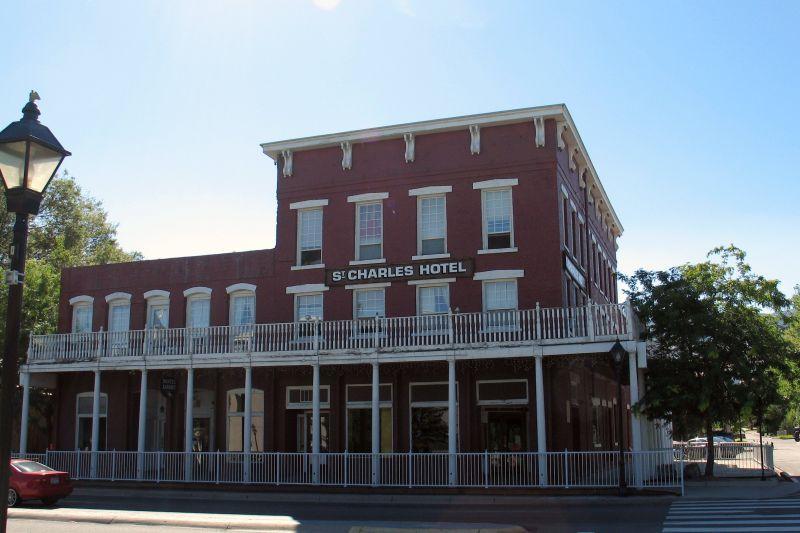 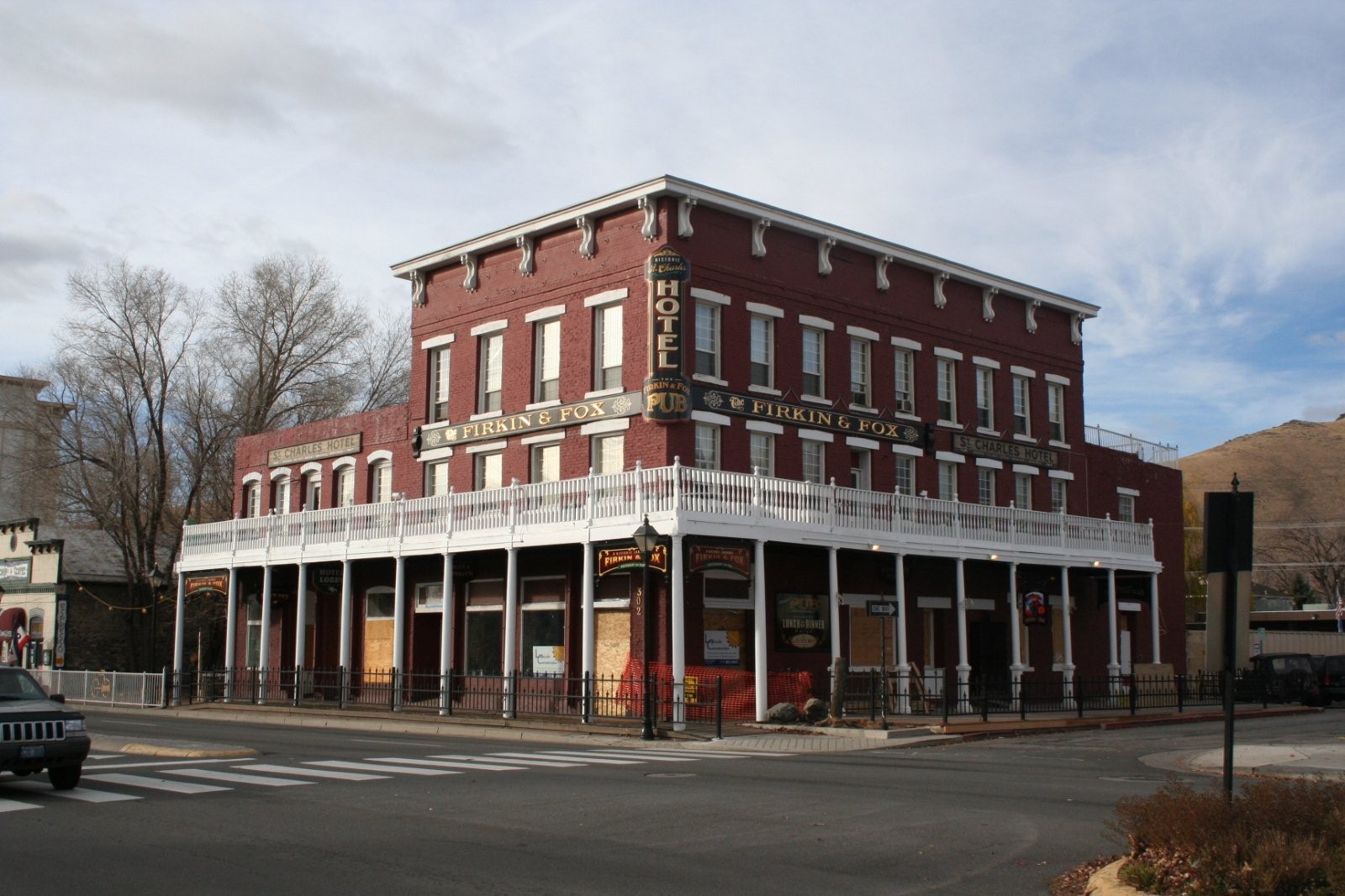 Late 2007, when the Lopiccolos were fixing it up for the Firkin and Fox opening.

Hat tip to WashoeValley.org for the link to the article.

New Restaurant in the St. Charles