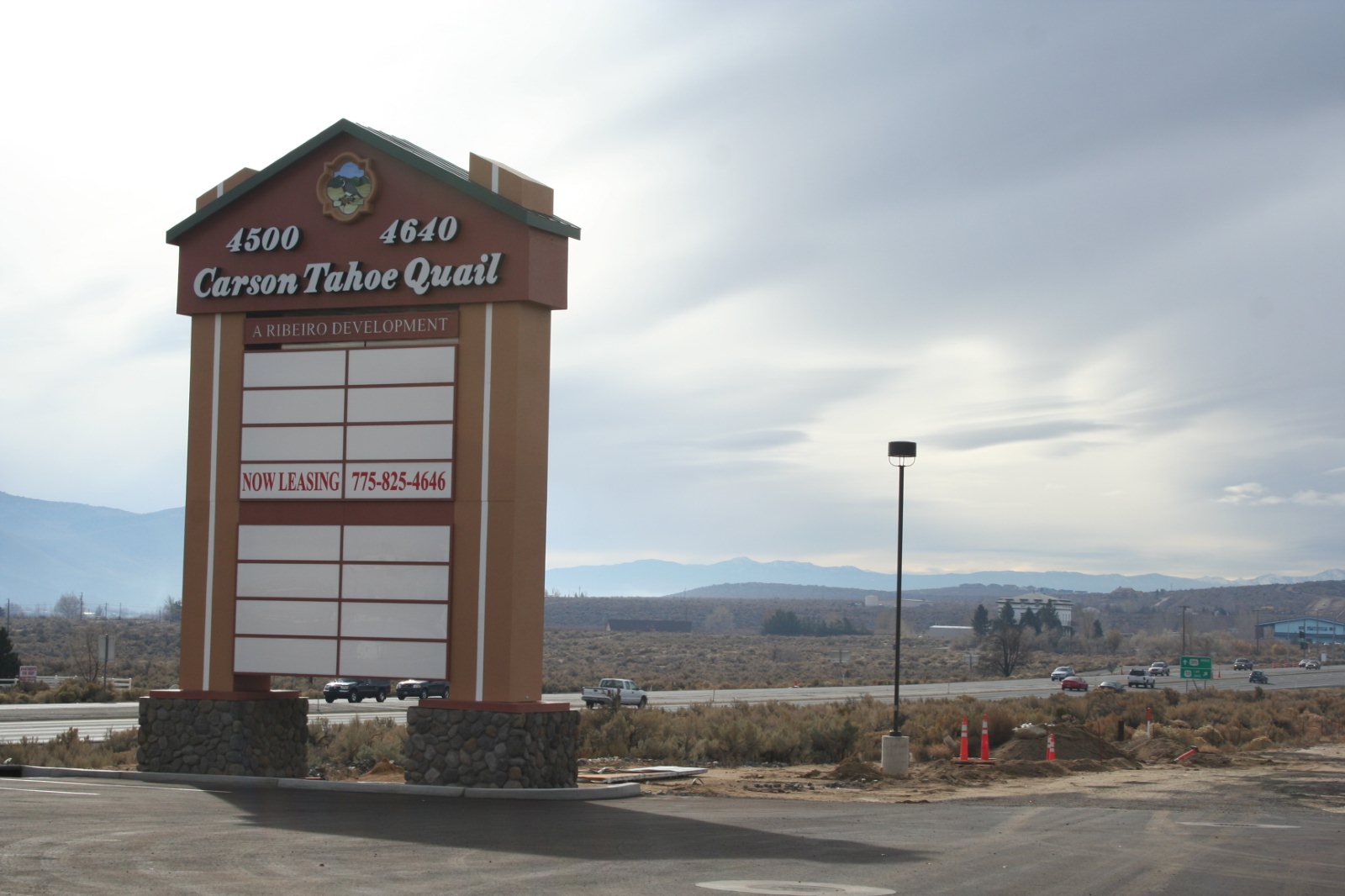 What if you built a shopping center and no tenants came? Well, I suppose you have to ask the owners of the old Super K center at the north end of town about that one. But what if you built a new shopping center at the height of the largest real estate boom in history, only to watch the economy crumble before the paint was even dry? That’s what Ribeiro Corp has to be feeling now, as their shiny new and fabulously landscaped Carson-Tahoe Quail park sits deserted at the south end of town. 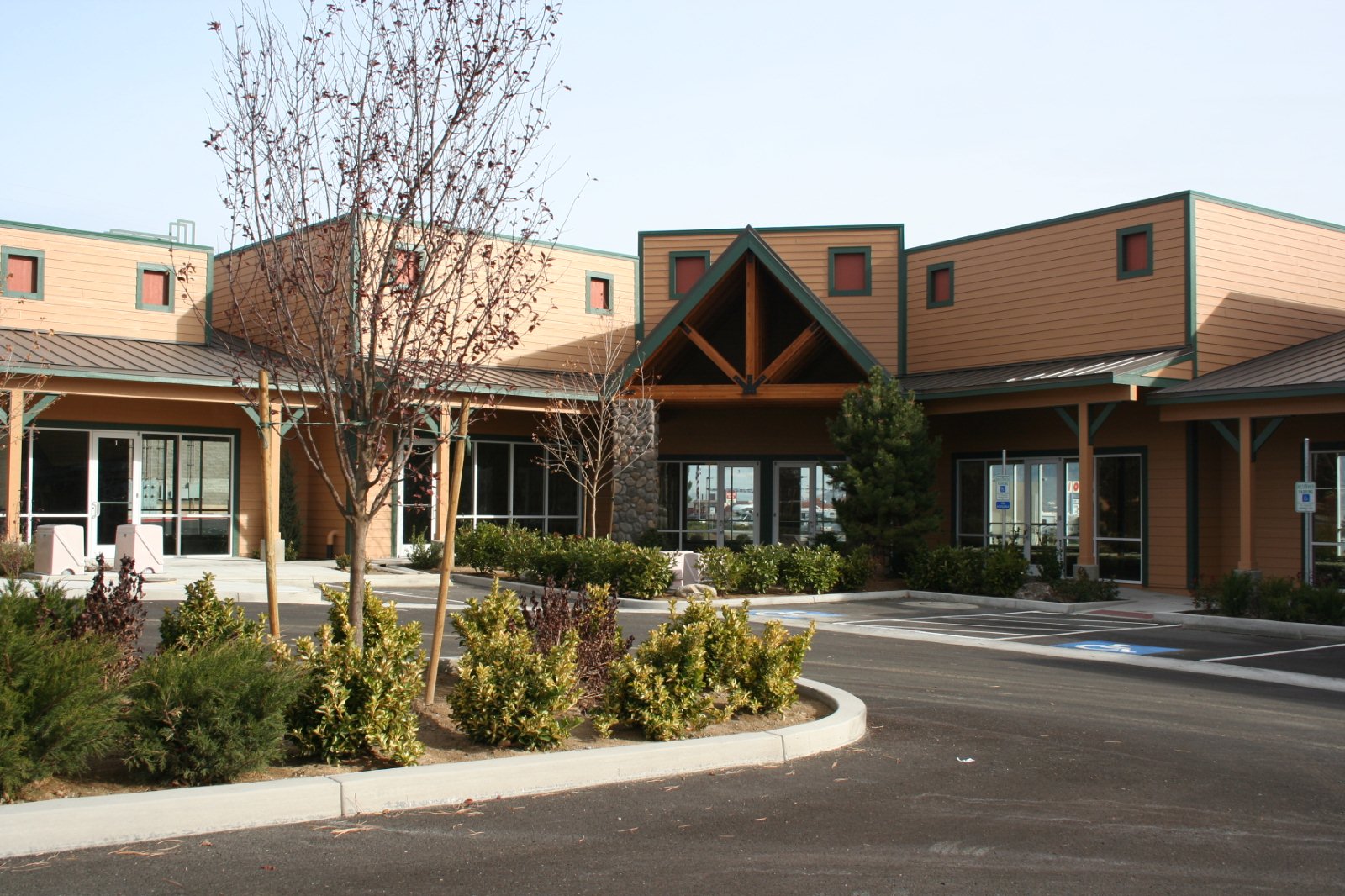 This shopping center has been on our radar for years, going back to 2005 when it was announced that the Oasis Trailer Park was being demolished and all the residents evicted so a shopping center could be built. And over the three years since then we’ve watched it be built. And now here it is, it’s done, and it’s plastered with “For Lease” signs on every available surface. 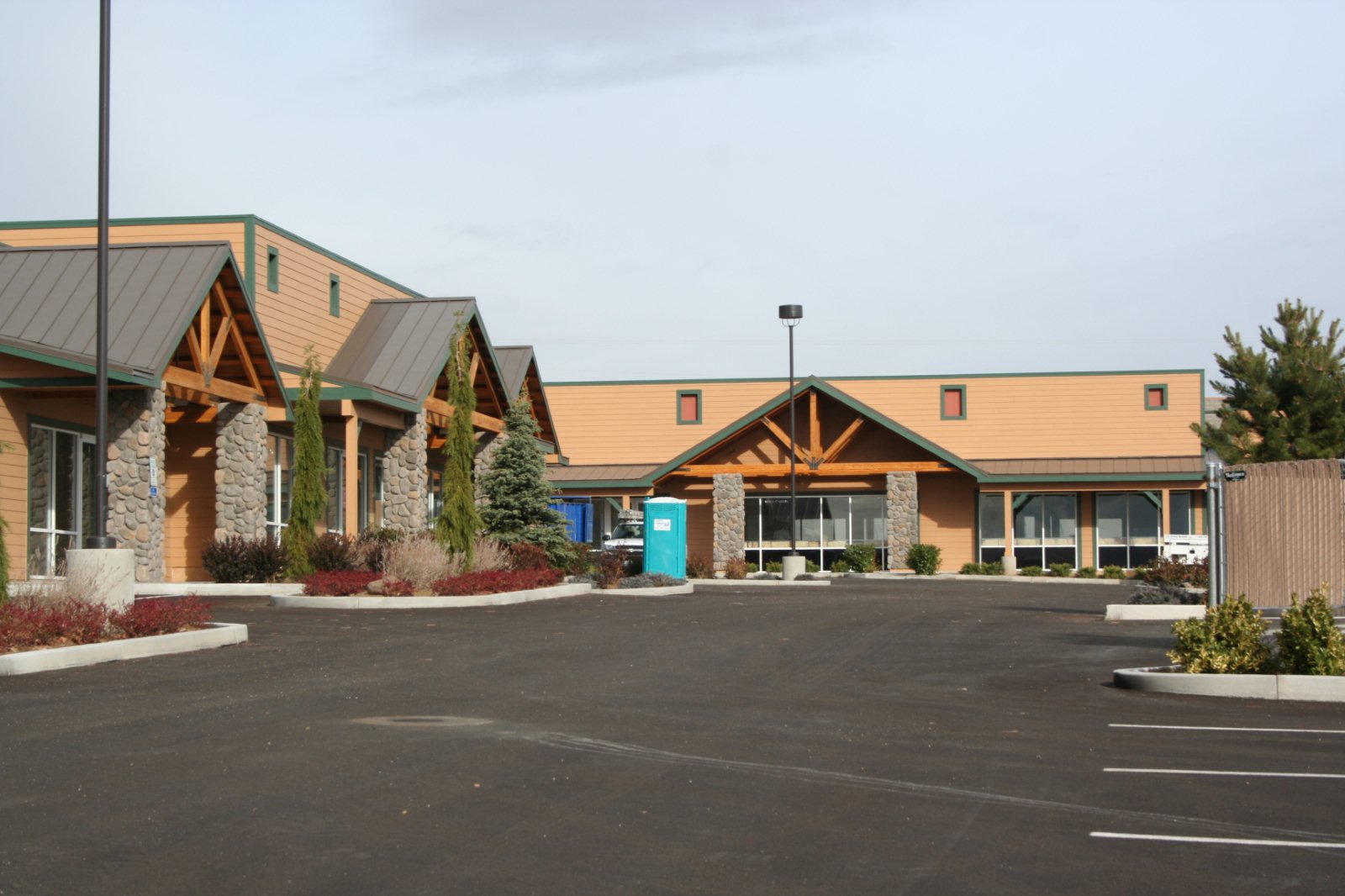 I’m sure things will pick up eventually. There was a crew onsite doing interior work on one of the units today, putting in plumbing and electrical and whatnot. So maybe at least one of the units have been rented out. Or they’re just prepping it so it’s ready for quick move in. 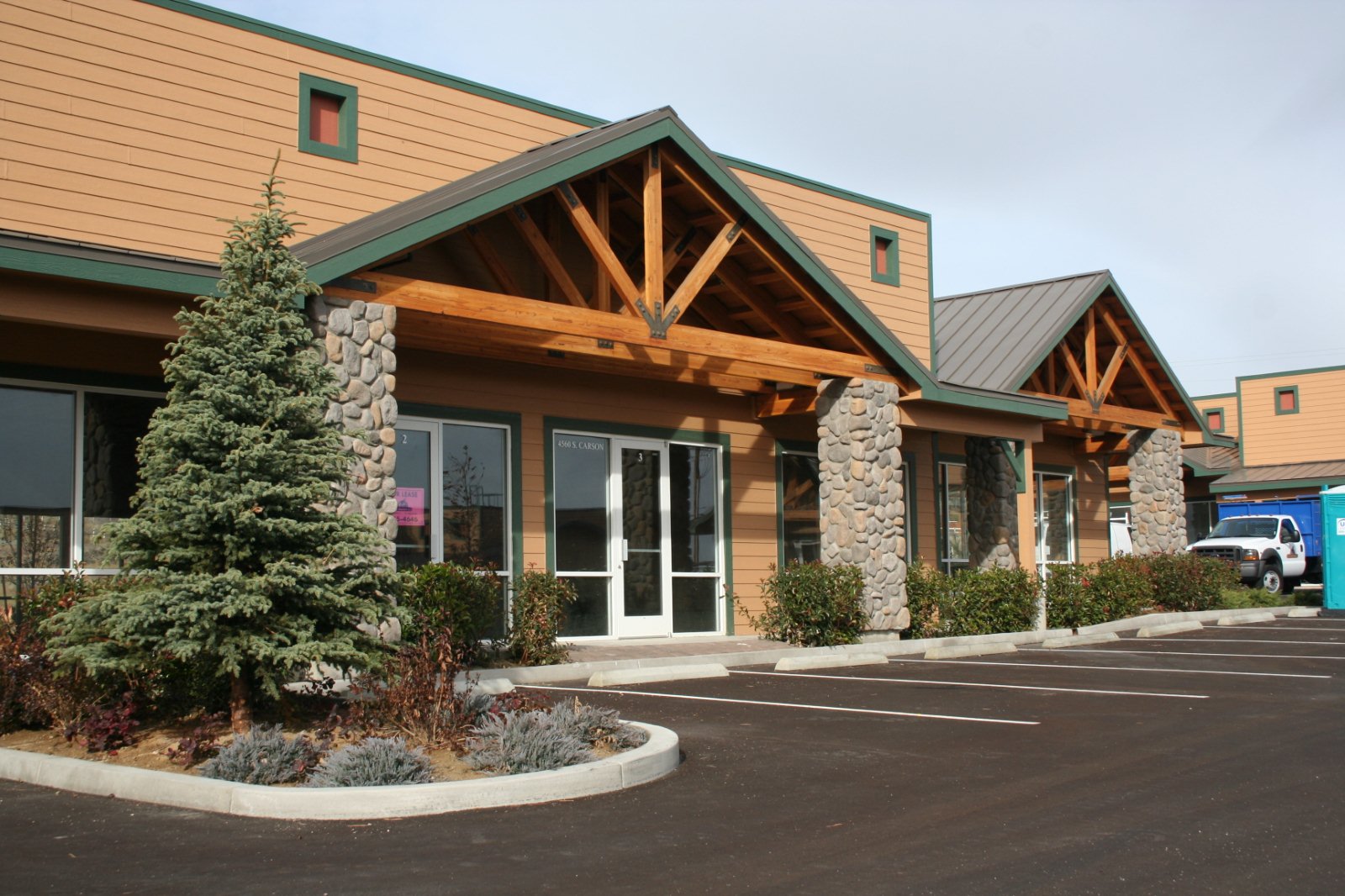 It would be a shame to let this sit empty for long; I mean they built it, might as well try to get some businesses in there. Even though there’s another big development being started in Douglas County, within site of the Carson-Tahoe Quail, and even though stores are going out of business now, not expanding. The location is good, and when the freeway has been finished all the way to Spooner this shopping center will be right there near the intersection. So it might be slow for a while, but once the economy picks up I can see the center filling up fast. 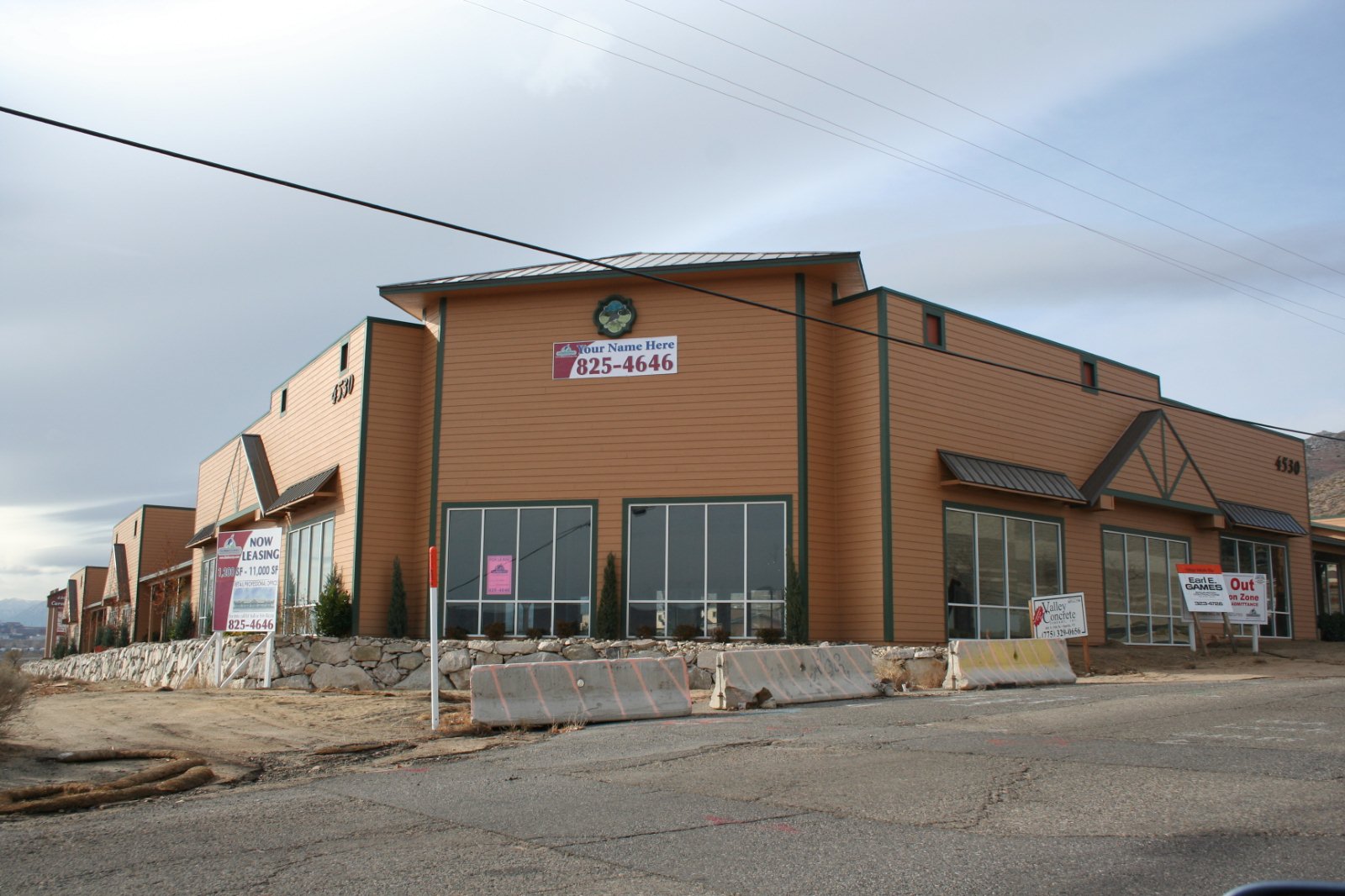