The Carson-Tahoe Quail retail park is still proving to be a huge bust. The center has been open for months now, and still the only tenant is a dialysis center. The economy, I’m sure, is a leading factor here, but this has to be frustrating to the city, who approved a retail development here hoping to bring in some sales tax, to Ribeiro, who spent millions of dollars building the center and needs to recoup those costs, and to the residents of the Oasis Trailer Park, which used to sit on the land, and who were evicted so this center could be built. It’s a horrible situation all around. 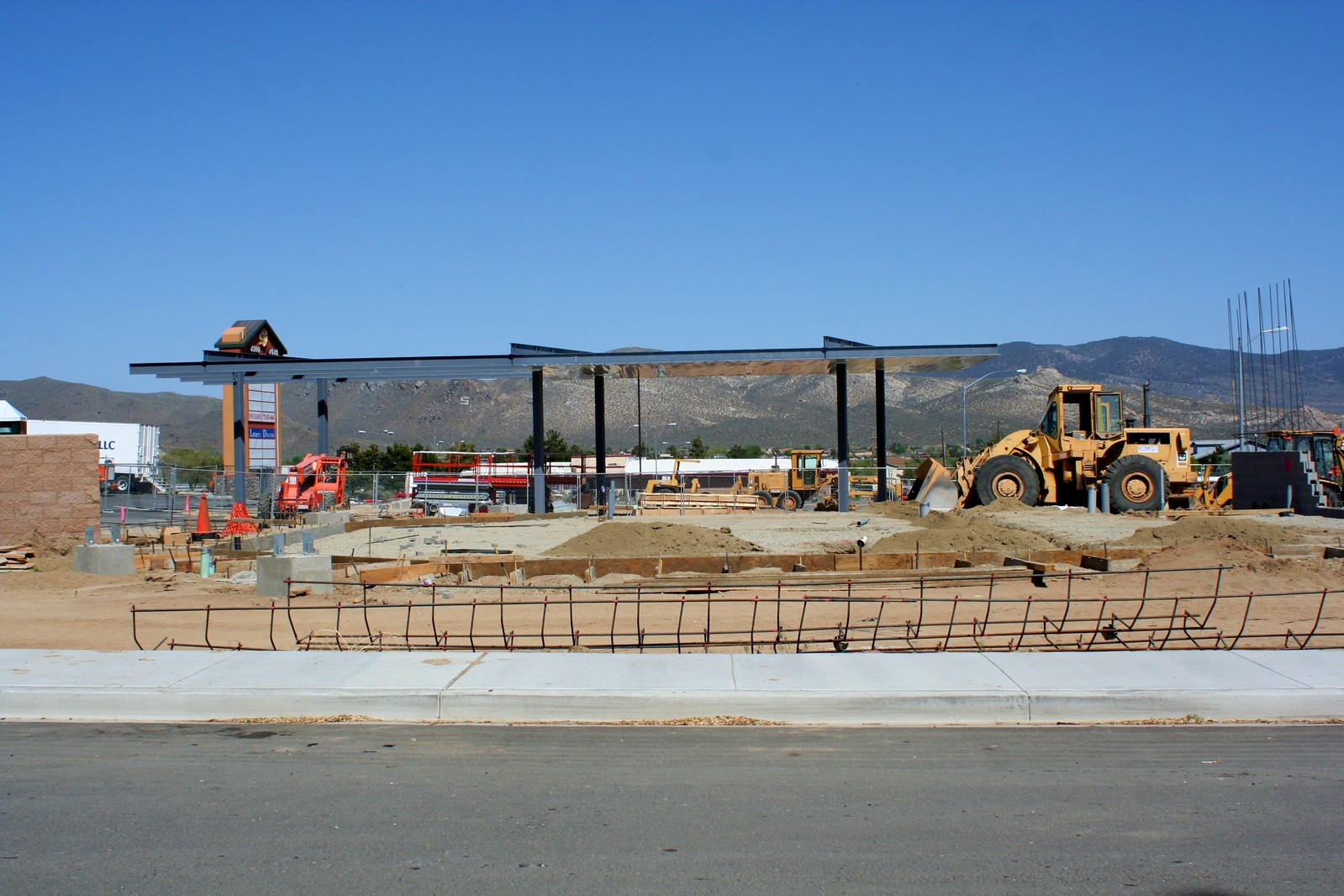 One tenant, though, is moving forward despite the rest of the center being a failure for now. The Terrible’s convenience store and gas station is pushing forward with construction at the south end of the center. They’re probably counting on the fact that there is little competition at the south end of town, with the Arco at Clearview being pretty much the only gas station in this part of town. 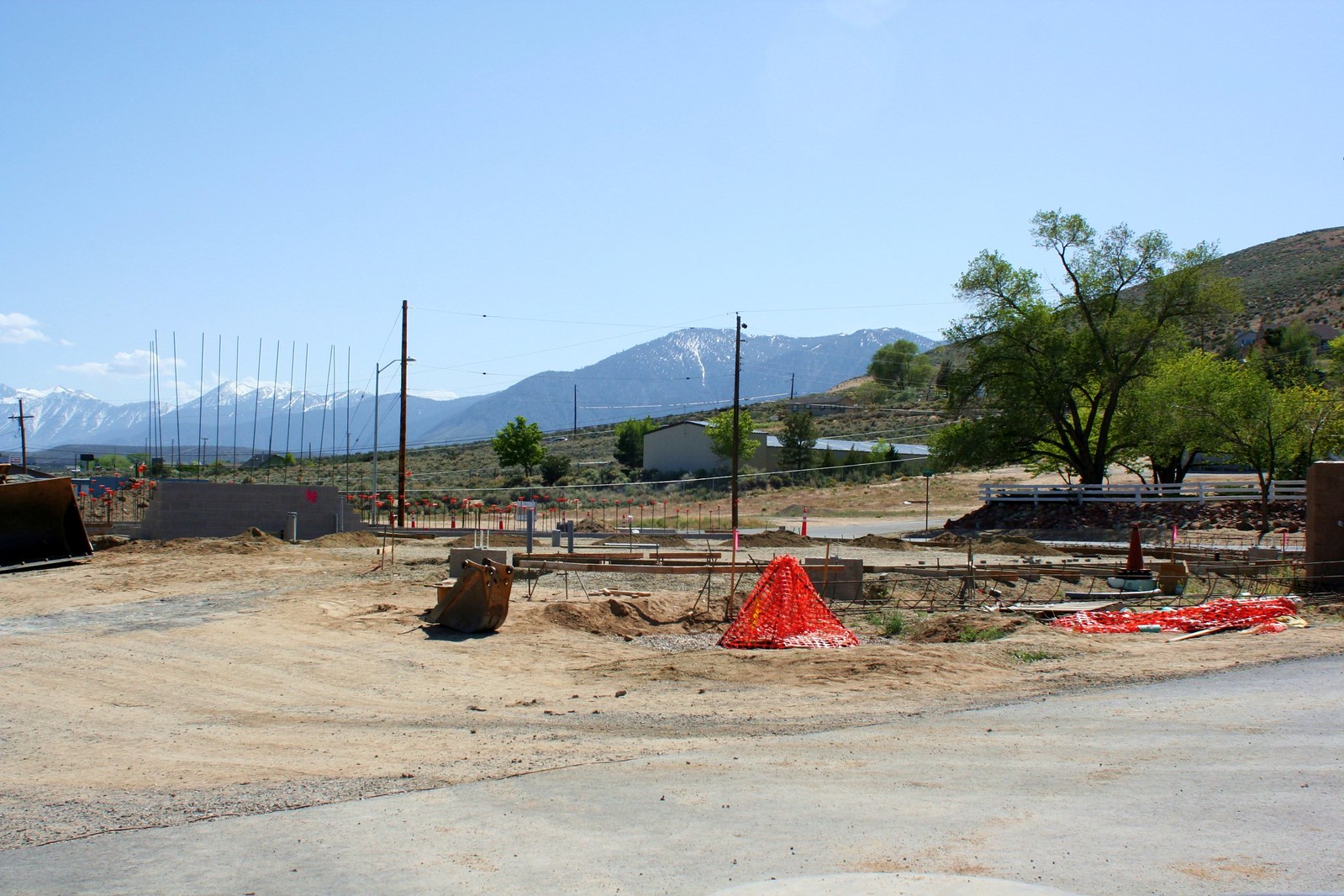 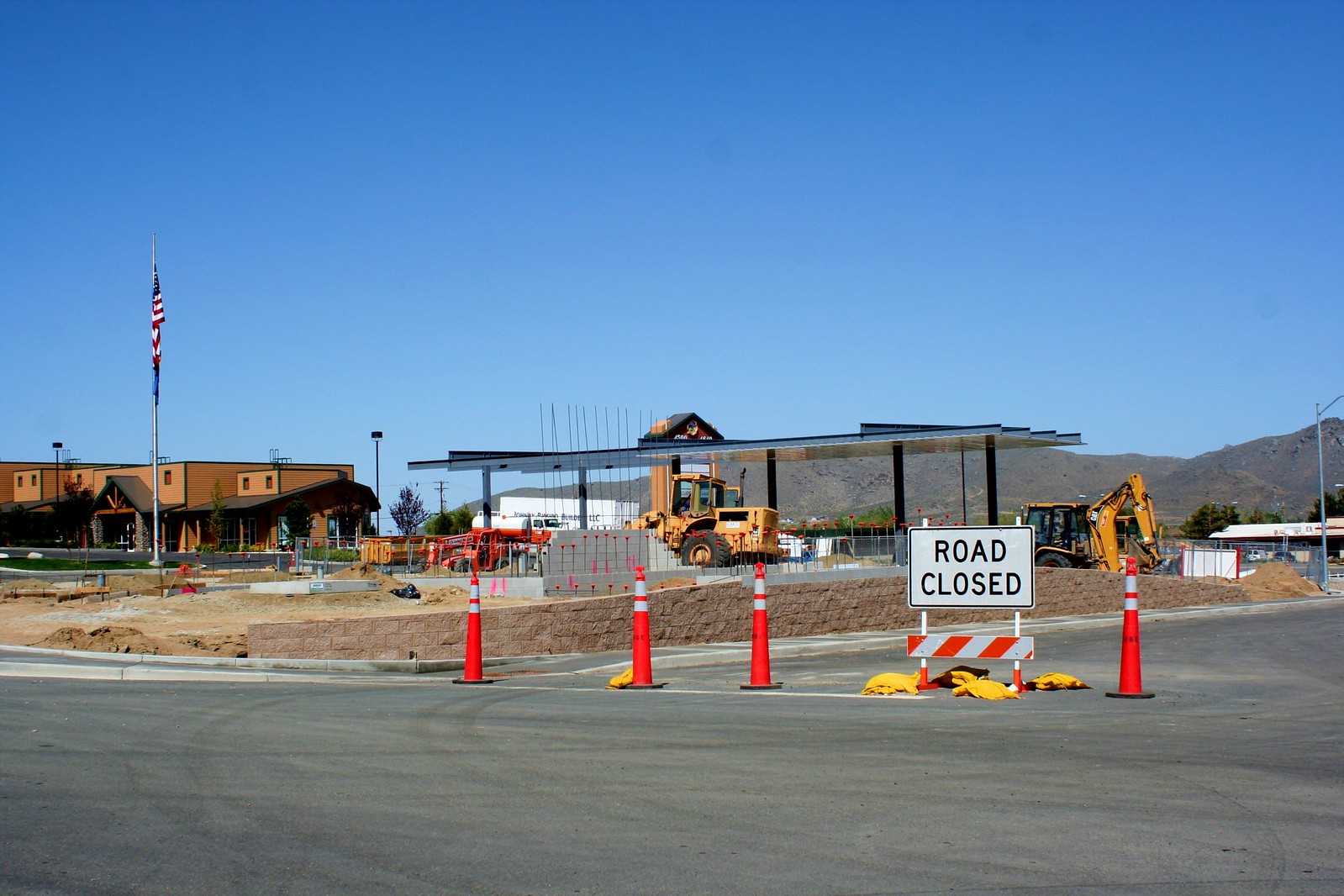 This new station is located right on the Appion Way extension, which I’ve been following for a few months. That new turnout, which will bring traffic from S. Carson Street right into Terrible’s, is all paved now, and just waiting for some finishing touches before it can open. 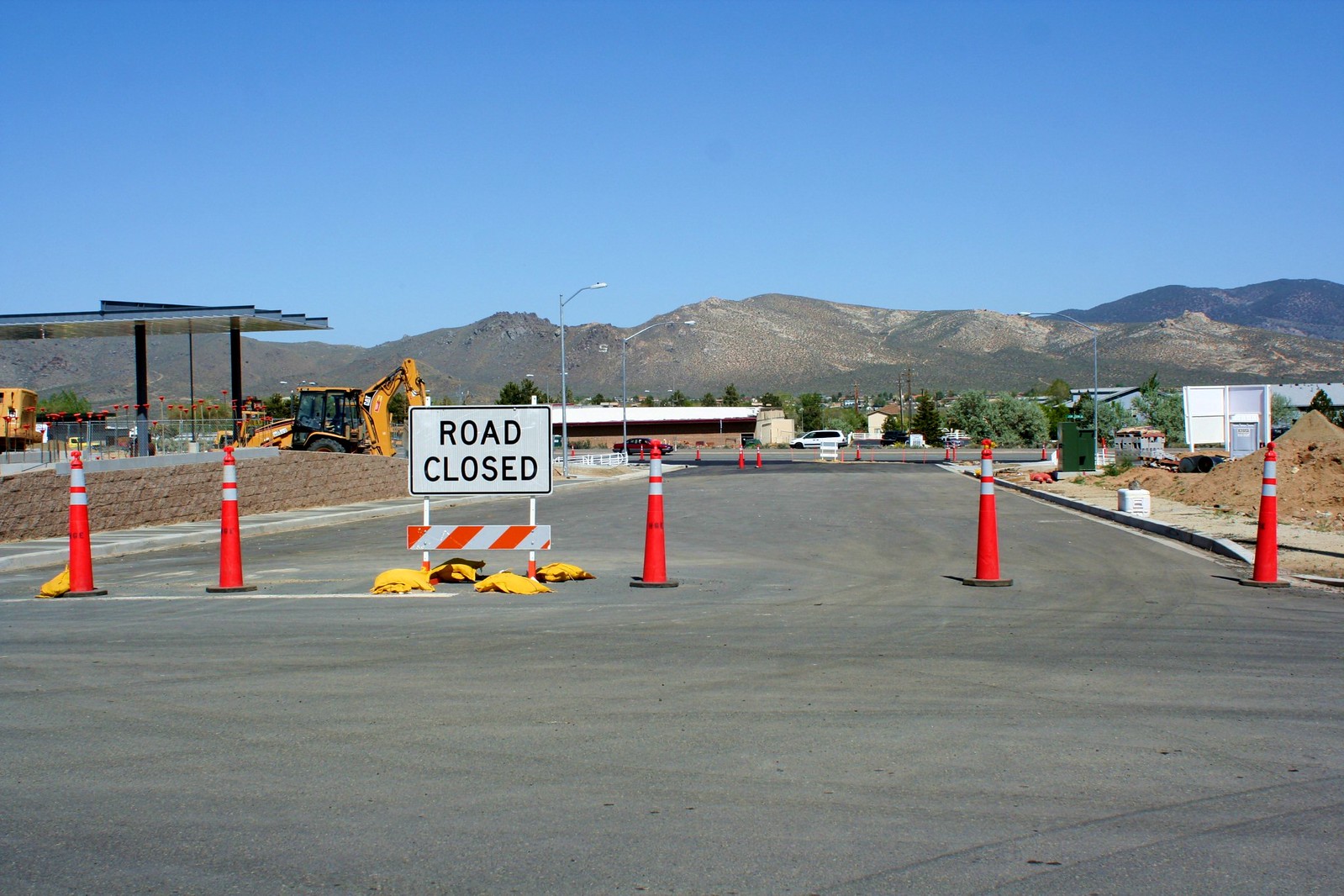