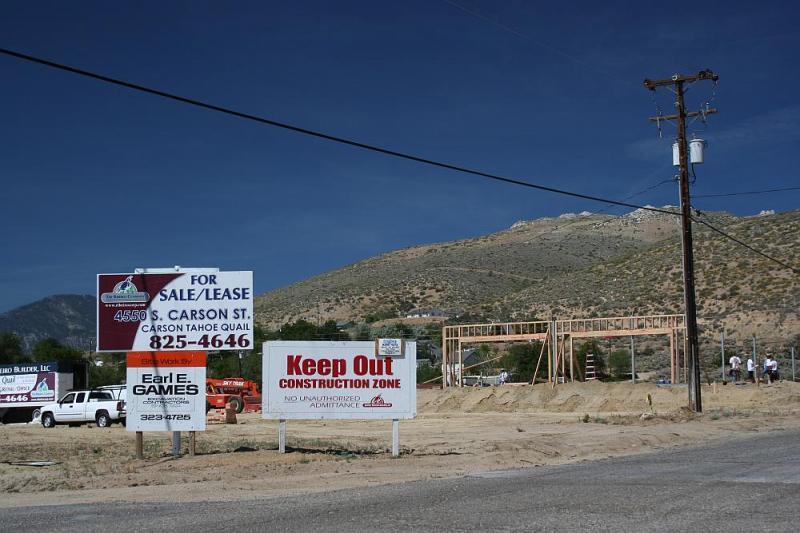 After weeks and weeks and months of site work and foundations, Ribeiro is finally going vertical with one of the Carson-Tahoe Quail Park buildings. 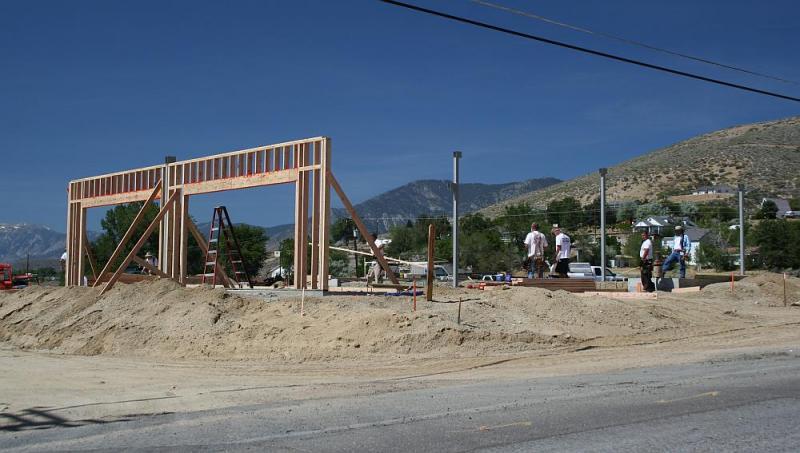 This new office and retail center is on the site of the old Oasis Trailer Park which was torn down last year, right next to Albertson’s in South Carson. Expect the shopping center when it’s finished to be almost identical to the nearby Ribeiro development, the Carson Quail Park next to the Railroad Museum, where Starbucks and Keva Juice are located. Carson-Tahoe Quail is supposed to be all built and ready to move in by November 1. At only four and a half months, that’s kind of a tight schedule.