Joe. Douglass and the DS&CV Railroad 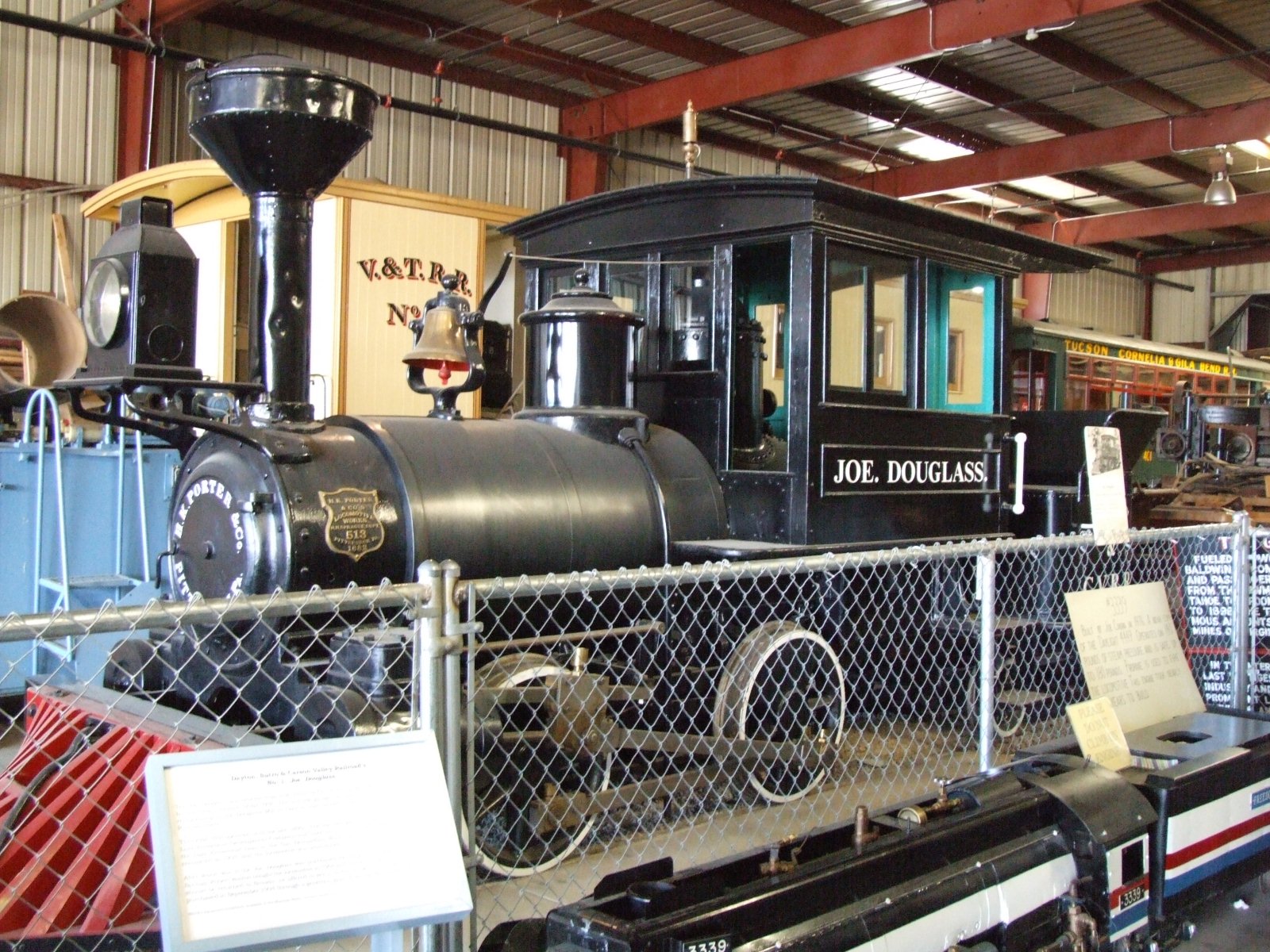 Dennis Cassinelli published an article this weekend in his Chronicles of the Comstock blog titled The Joe. Douglass and other small Comstock railroads. It’s a look at the smaller railroads that used to run in the Dayton area, and that usually get forgotten in the shadow of the V&T and the Carson and Colorado. Reading this prompted me to look again into the history of these small railroads, particularly the Dayton, Sutro & Carson Valley Railroad, which only lasted about fifteen years and at its height ran six miles. The DS&CV is mostly remarkable because there was only ever one tiny locomotive than ran on it back in the 1800s, and however improbably, that engine still exists today. It’s named the Joe. Douglass, after the railroad’s owner, and its 100-year journey took it to California and back before it returned home about 14 years ago.

I was also moved to write up Carsonpedia articles for the railroad and its tiny locomotive. Working on Carsonpedia always seems like such a daunting task, because the number of things I want to write about is so big I can barely wrap my head around it all. But here, here was a topic I could tackle in a short amount of time and write something up fairly quickly. I pulled all the info I could find on the railroad, including Dennis’s article, the NSRM page on the Joe. Douglass, and a few pages in Google’s Book Search that proved invaluable. It turned into a day-long project, but thankfully it was only one day. And I kept leaving it and coming back to it, so who knows how long it would have taken if I had been able to just keep at it. And my research led me in new and exciting directions that I wasn’t expecting to go, especially to these two wonderful pictures of the Joe. Douglass sitting abandoned in California that I only found through very serendipitous Google searches.

Anyway, on to those Carsonpedia articles. I like these articles because they’re very representative of what I think a Carsonpedia article should be. In-depth, but not too wordy, with a good grasp of the subject. And even though I probably could have combined them into one article, I kept them as two separate articles because there are two separate subjects here, the railroad and the locomotive. There is some overlap, of course, but I think each of them stands well on their own while also complementing each other nicely. Check them out!