I got a little scare last week when I drove past the location of our new Trader Joe’s and saw that the “Coming Soon” signs had been removed. A wave of panic washed over me: had the deal fallen through? Is Carson City not getting a Trader Joe’s after all?

My mind was eased a little last weekend when I talked with someone who has connections in Douglas County, who said that it was still going in, there had just been some permitting delays. But it wasn’t until today that I was able to breathe deeply again. That’s when I drove by the Clear Creek Plaza strip mall and saw this: 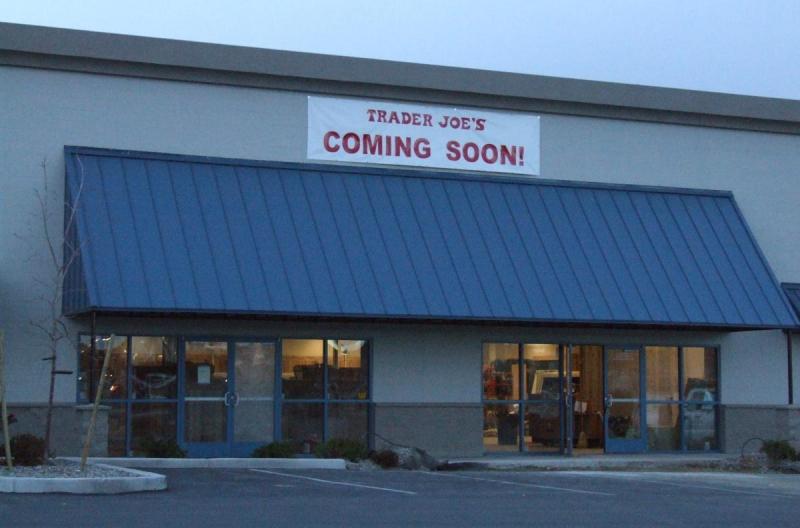 They only took down the small signs so they could put up bigger ones! That’s good news, and it also means that construction should now be starting in earnest. Not only are there work trucks piled up in the parking lot, there’s also a job trailer parked out front. 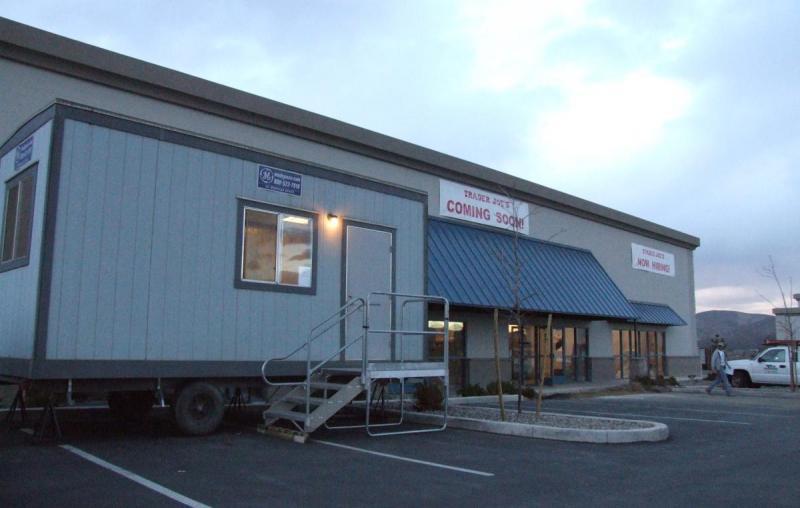 So now it’s just a matter of waiting while the inside of the store is built, the employees hired and trained, and the shelves stocked. And then Carsonites won’t have to drive to Reno anymore to go to Trader Joe’s. They’ll just have to drive to Douglas County.

Here is one of the first pictures of the inside construction: Let’s hope they get it done quick!