There’s kind of a puzzling scene along the Carson River. Take a look. 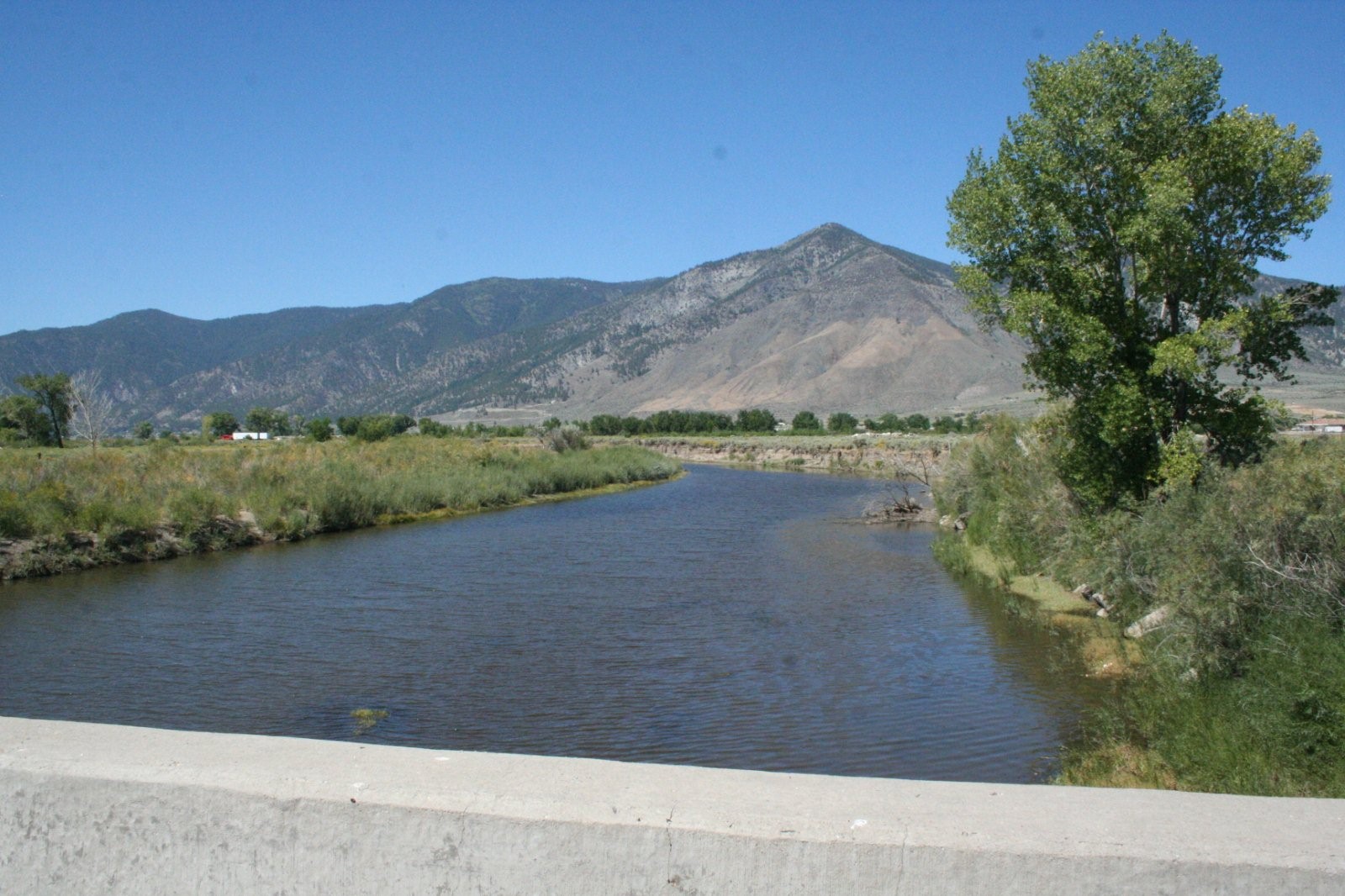 Here’s the Carson River, as seen from Cradlebaugh Bridge where it intersects with Hwy 395 in the Carson Valley. This view looks west from the bridge, towards the Carson Range with Genoa Peak in the background. From this angle it looks like a nice, wide, fast-flowing river with plenty of water in it. 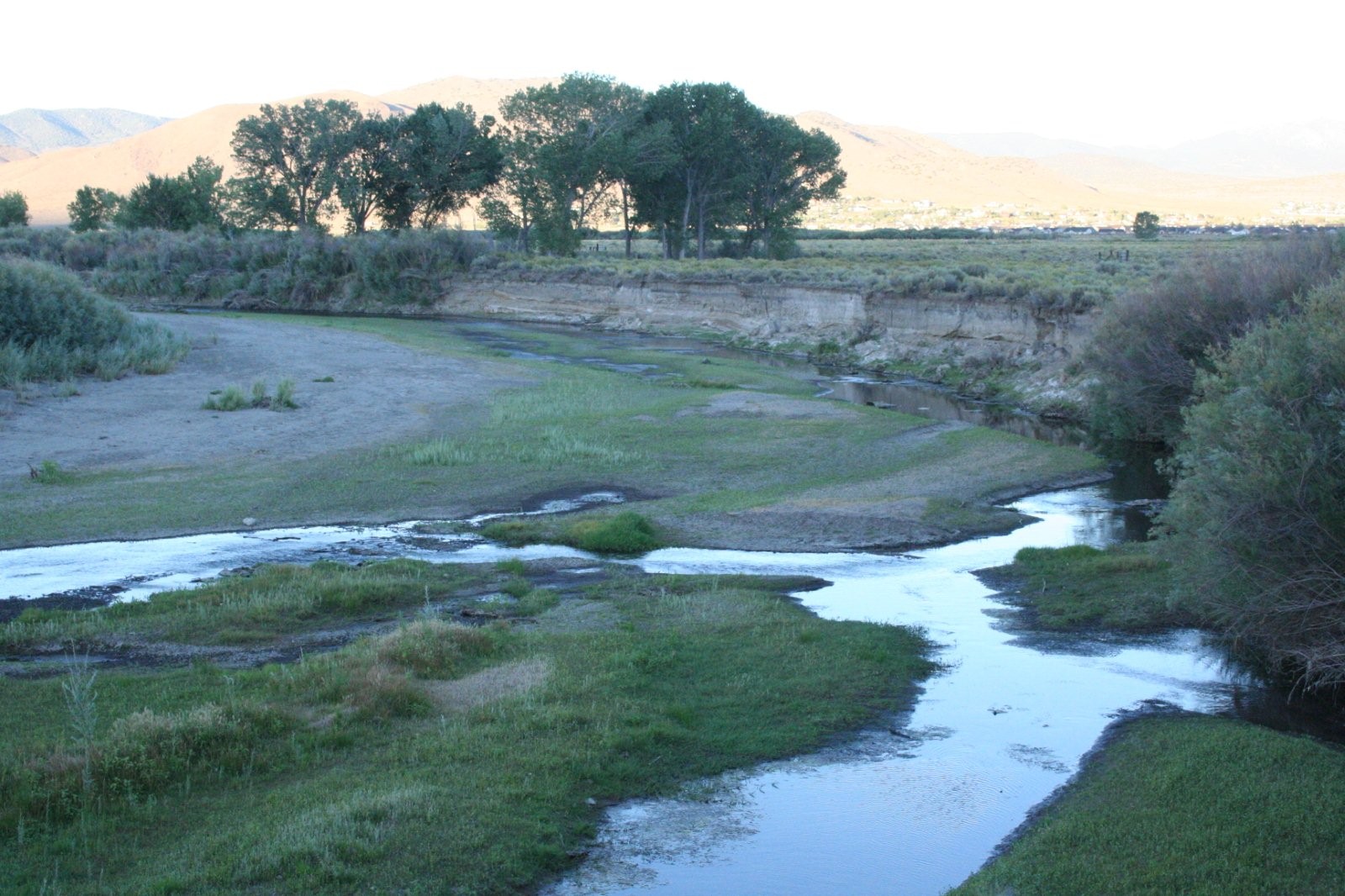 This is the view from just a few yards away. This looks to the east from the other side of the bridge, and it brings up an obvious question. Where did all the water go? All that water passing under the bridge from one side emerges as little more than a trickle on the other side, a meandering stream down the middle of a wide, dry, riverbed.

So what’s the deal here? Sinkhole? Hidden pipeline to Las vegas? A troll under the bridge drinking all the water? Or maybe there’s a small dam under the bridge, and what looks like a flowing river to the west is really a small pond. I don’t know, it’s just really weird to compare the two sides of the bridge here.

Water in the River