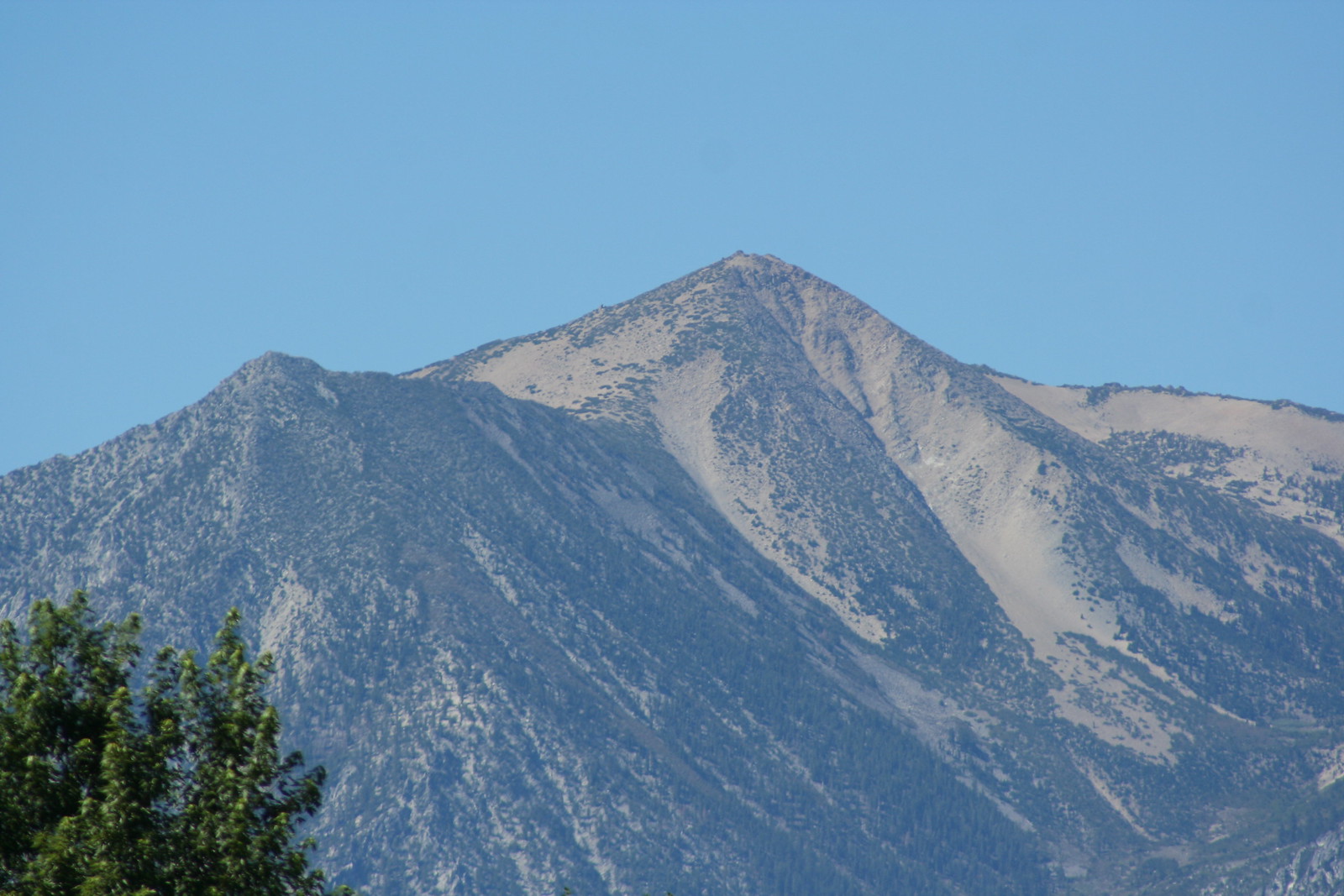 We’re deep in the doldrums of summer now, as evidenced by the above picture. The snow has disappeared from even the darkest crevasses of Job’s Peak, meaning that our snowpack is all but gone. This leads to the rivers drying up to little more than a trickle, and the water situation becoming more dire. Already this is causing problems to the east, with Lake Lahontan drying up to the point where it’s no longer safe for boaters, and only supplying Fallon farmers with a fraction of what they usually get. Adding to the problem is the levee break that occurred in Fernley last January. The levee broke along the Truckee-Carson canal, which was built to take water from the Truckee River and send it to the Carson River and Fallon. The levee has been mostly fixed, but water flows are still restricted and will be for the foreseeable future. So the Carson River is extra low this year, the canal is running at a trickle, the lake is really low, and the farmers are looking at a short season because the water just isn’t there. I’d say we could use some rain right about now. At least the fire in Yosemite is under control now, so the smoke is gone. One small consolation.