There are crazy amounts of water in the Carson River right now. May and June are usually the highest water levels of the year anyway because of all the melting snow in the mountains. But several late snowfalls this year, along with low temperatures up until just recently, have led to the melting being more immediate over the last couple of weeks. Just since mid May the river has risen dramatically, flowing outside its usual banks in several areas. There’s still no danger of flooding, though. At least not yet. If the water keeps rising we might be in trouble.

Here are a few pictures from the Cradlebaugh Bridge in Douglas County. Hwy 395 crosses the river here, and most of the year the river here is just a small trickle at the bottom of the channel. Now it actually looks like a real river! 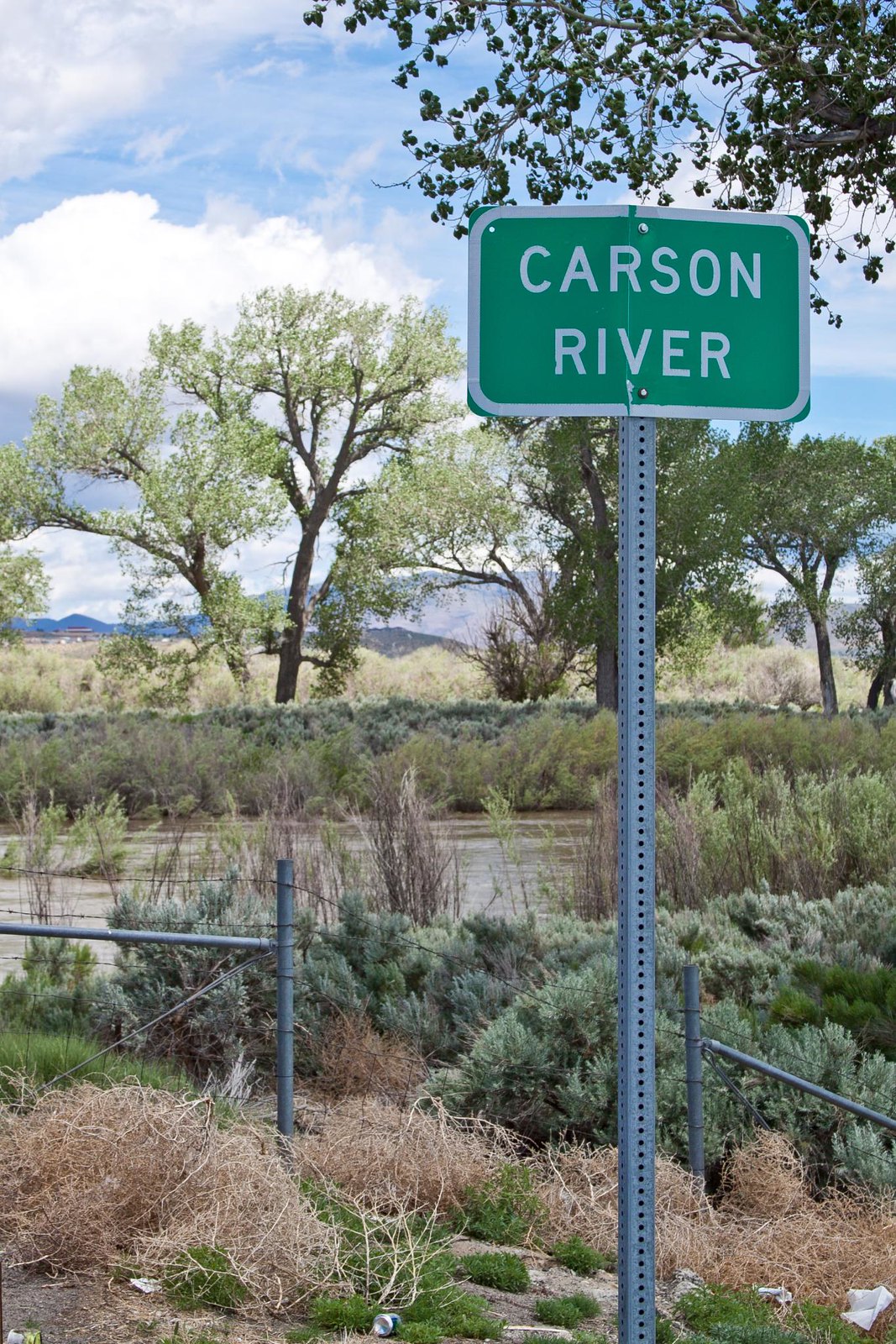 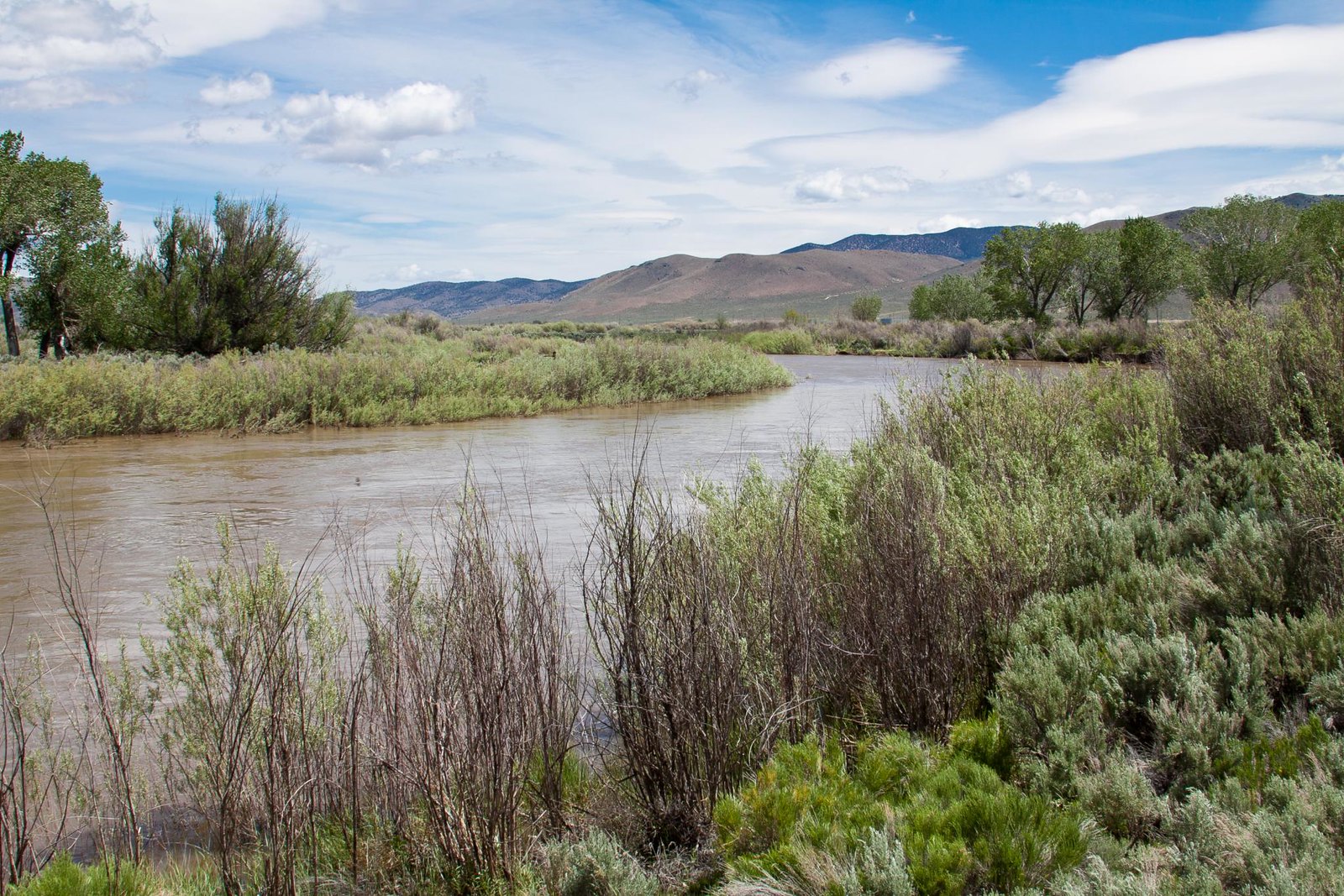 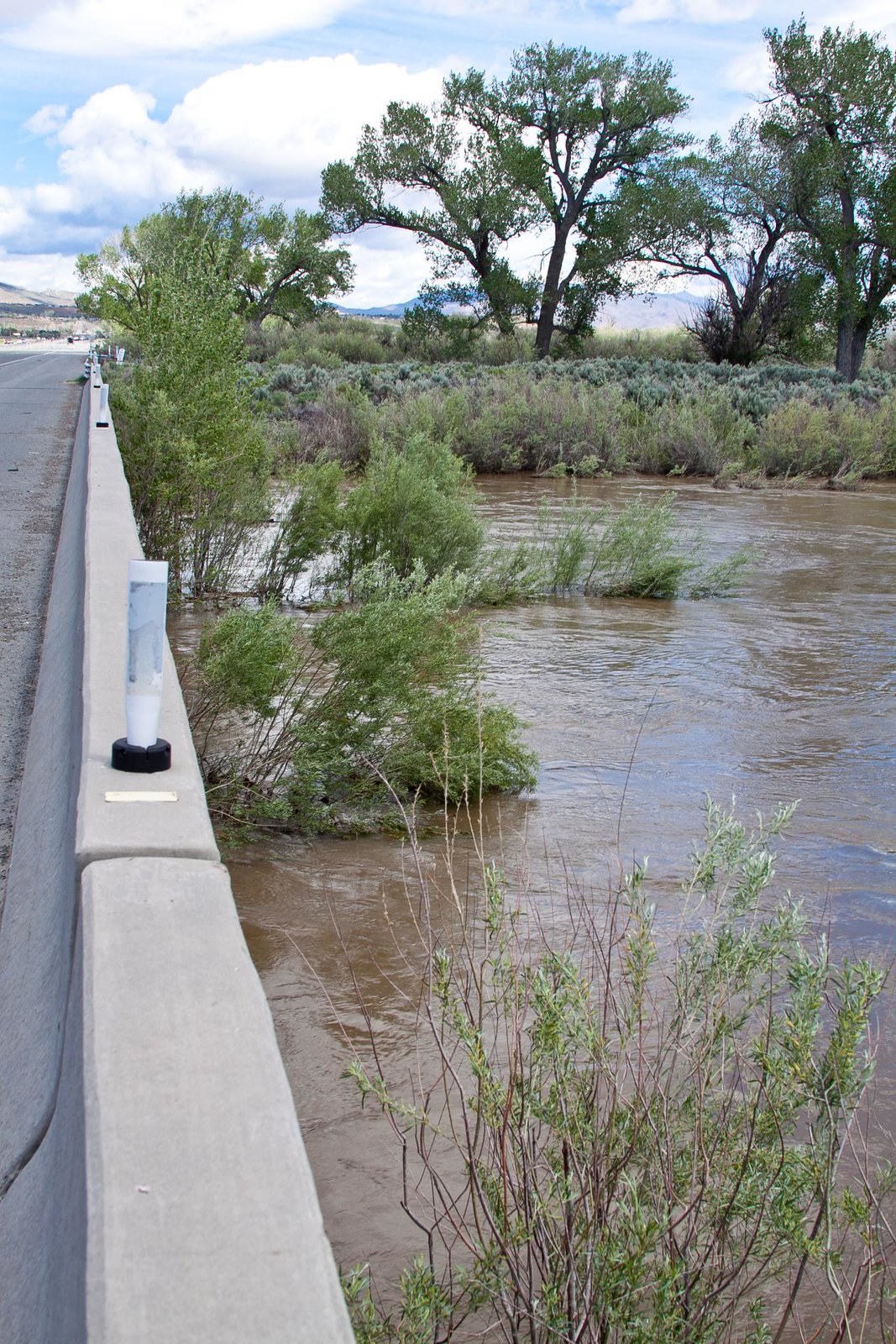 The river also runs through east Carson City, and at Riverview park there are several trails that run alongside the river. We’ve been watching the flow increase over the last couple of months. Benches that we sat on just a few weeks ago are now underwater! 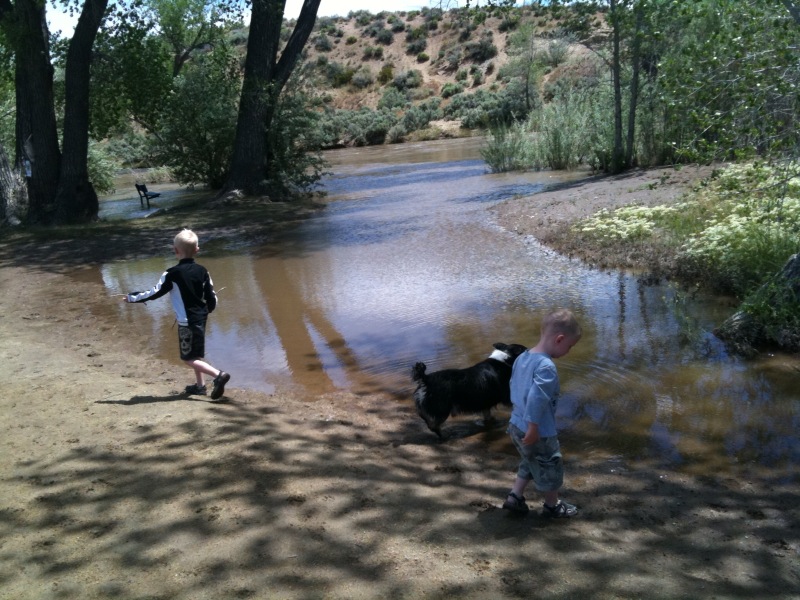 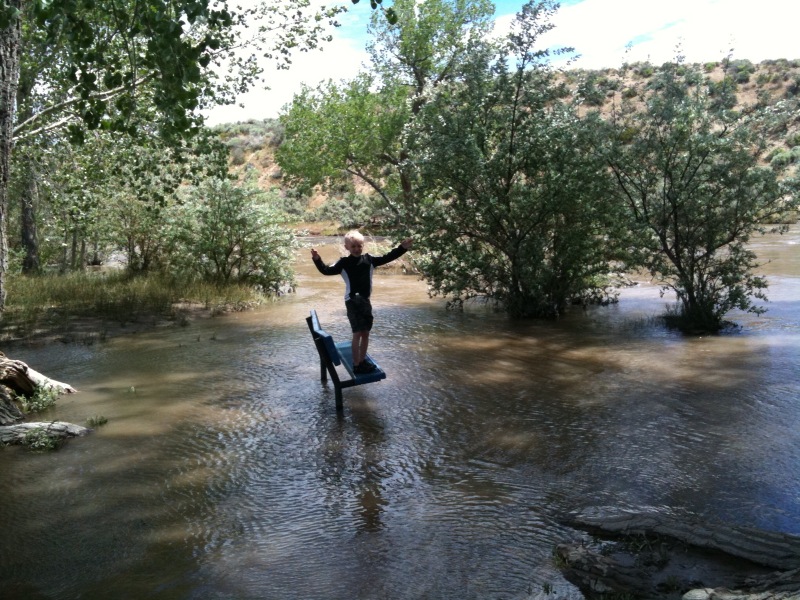 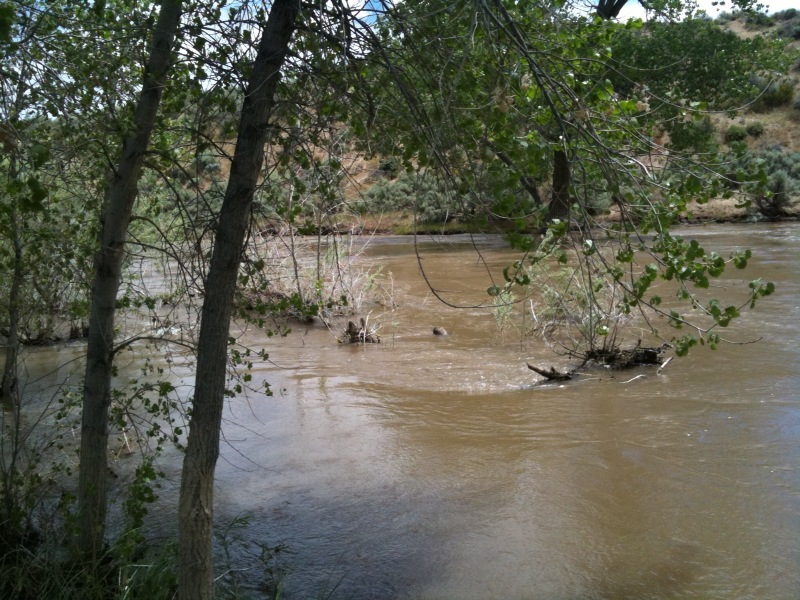 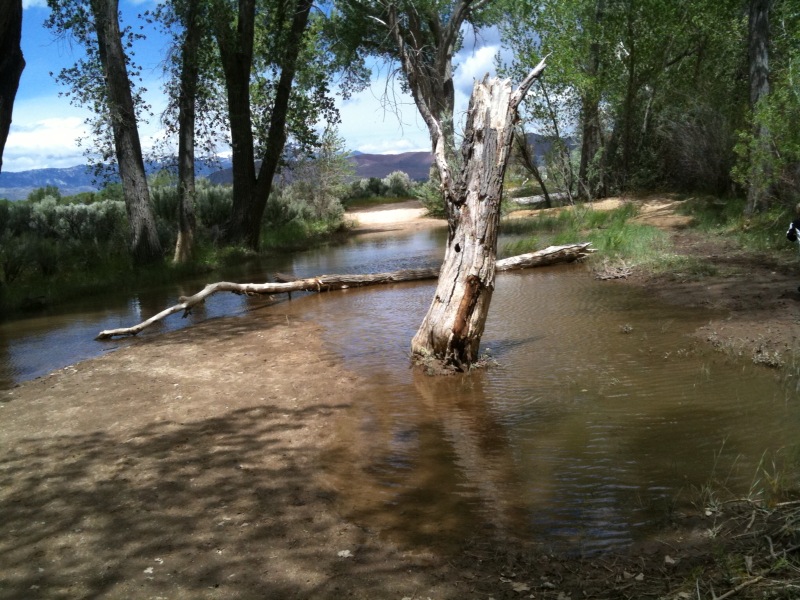 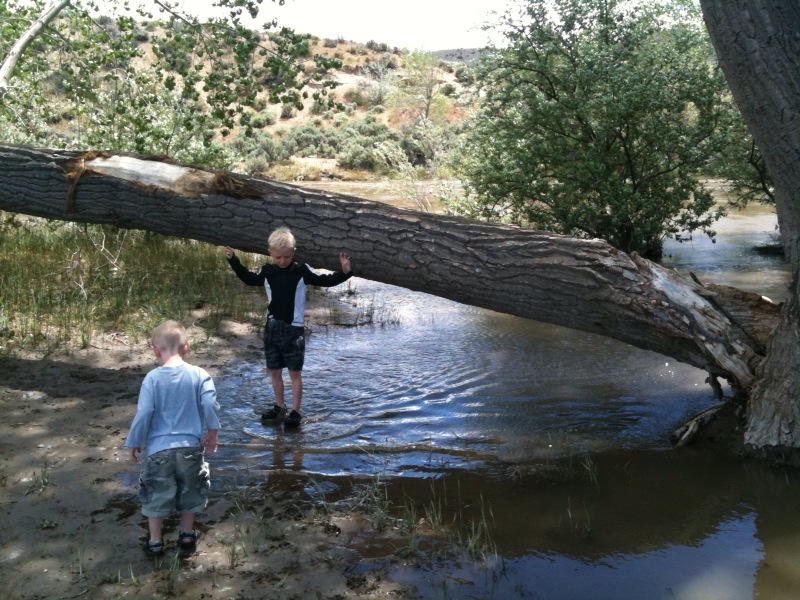 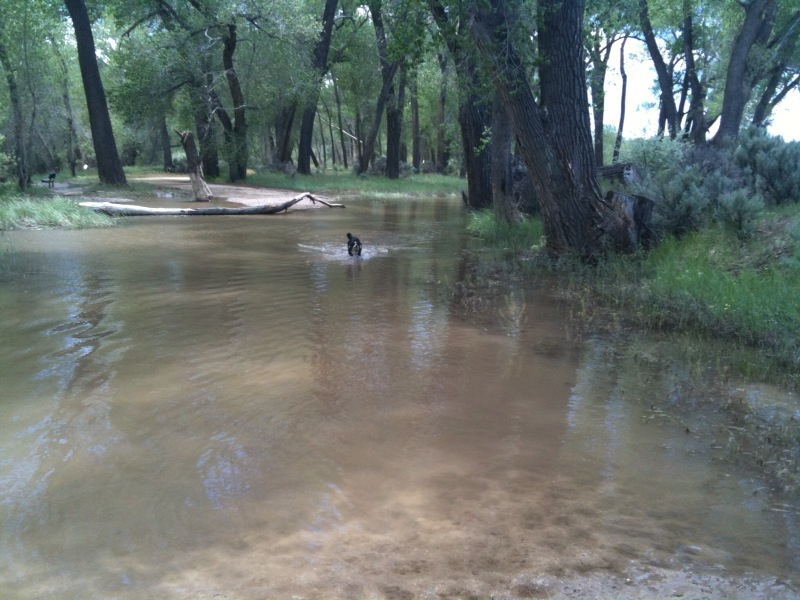 No Safe Place also brings a report from the Mexican Dam, showing the flow now compared to the flow in November. The water is so high you can’t even see the dam right now!

Last week water was over the road on Mottsville Lane. And flood warnings were sent out to residents near the Walker River in California. So keep your eyes on the river and be careful out there!