One of the positive outcomes of this winter we just had is that now the mountains have a larger than normal snowpack. That means there’s a lot more snow up there than we usually get, which means more water for us down here as the summer wears on.

But one downside of having a large snowpack is that it leads to more snowmelt as soon as summer hits. In a perfect world the water would trickle down from the mountains evenly all year, giving us a nice steady supply down here in the valleys. But that’s not what happens. Instead it gushes down in large quantities in May and June. And with these high temperatures we’ve been having this week, the water really is flowing. The Carson River is high, and water is flowing down Kings Canyon and Ash Canyon right into the heart of Carson City.

Now, normally Carson’s storm drains would be able to handle all this water. It’s not like the flows are anywhere near flood level, like we had at New Year’s. But the problem with all this water is that it’s flowing through the Waterfall Fire burn area, and it’s picking up a lot of silt and ash on its way. And the end result of that, in case you were starting to wonder where this was all leading, is that some of the storm drains here on the west side are getting choked with mud and not letting any actual water through. The Nevada Appeal had a Page 5 story on this yesterday. And that’s what lead to this bubbling cauldron on Washington Street, at the intersection of Philips. 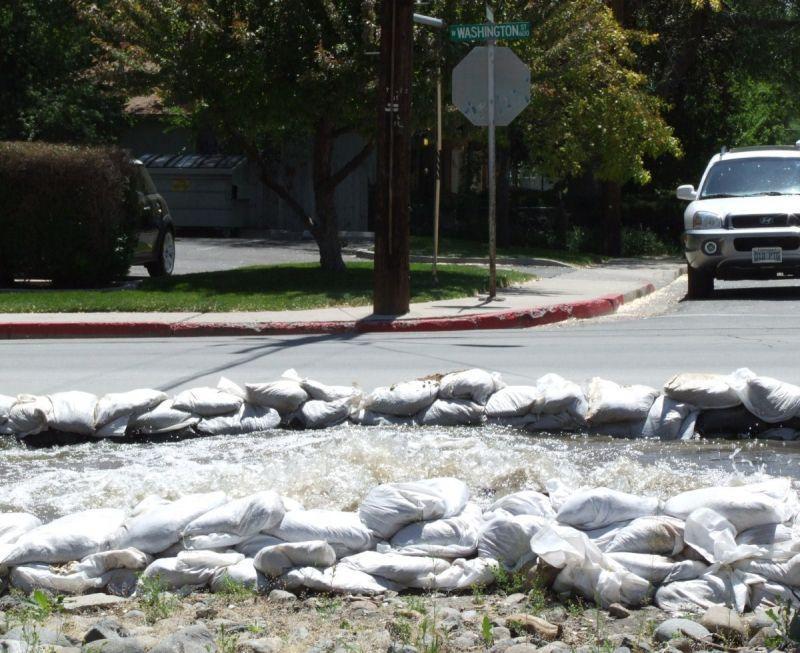 That’s water coming out of a storm drain, probably at the rate of thousands of gallons per minute. A picture doesn’t really do justice to how fast the water was coming out. And that leads to one question…where can all this water go? The answer the city’s public works department came up with was to run it along the gutters and down another storm drain that wasn’t blocked. I saw them doing this on Monday, and it was causing flooded intersections. That much water just shouldn’t be given free reign over the city’s streets, or else we’ve got another flood on our hands. So, over the course of the week, they came up with a new solution: the Washington Street River. 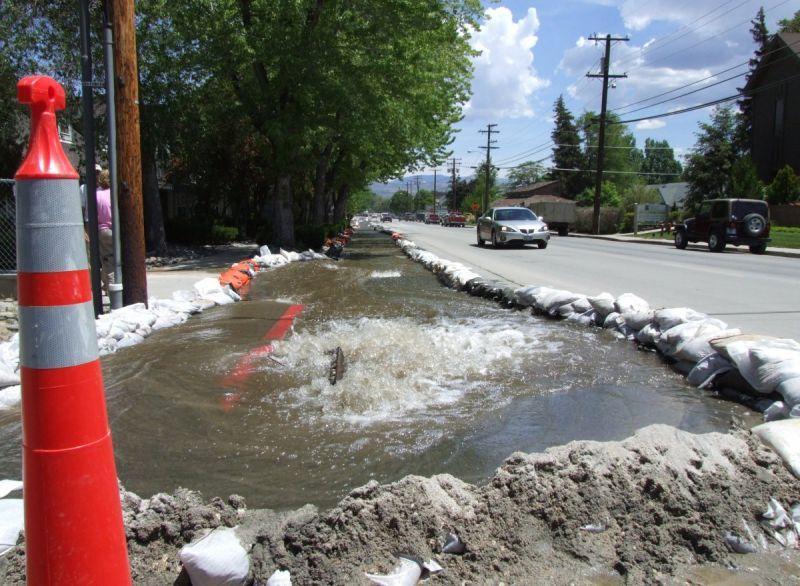 Here they’ve created a channel out of sandbags, about ten feet wide, that runs the length of Washington Street from Philips to Curry. Inside the containment area the water is about six or eight inches deep and flowing as fast as any river. They don’t want the water leaking out, so the line of sandbags remains unbroken the whole way down. Minnesota, Divison, and Nevada Streets are all closed at Washington, since there’s literally no way to drive your car through this raging torrent. At the other end of the line, at the corner of Washington and Curry, all this water drops back into another storm drain and continues its mysterious underground voyage, trying to eventually get to the Carson River. 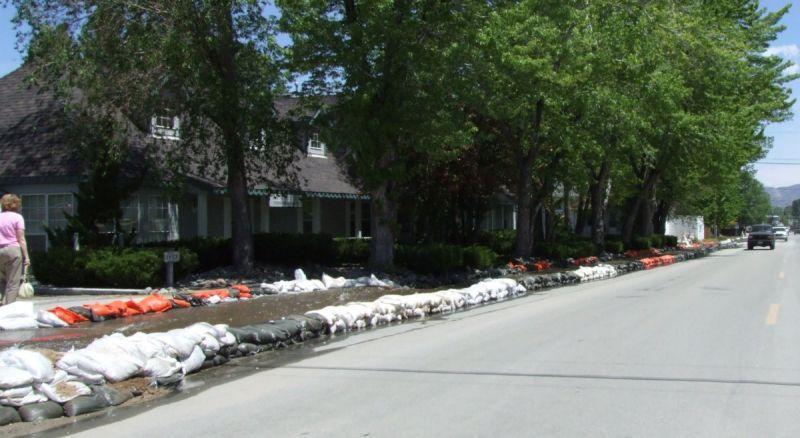 So if you’re thinking of driving across the west side of town this week, keep in mind that the river will block your way. Take Mountain or Carson Streets, and let the water do its thing.