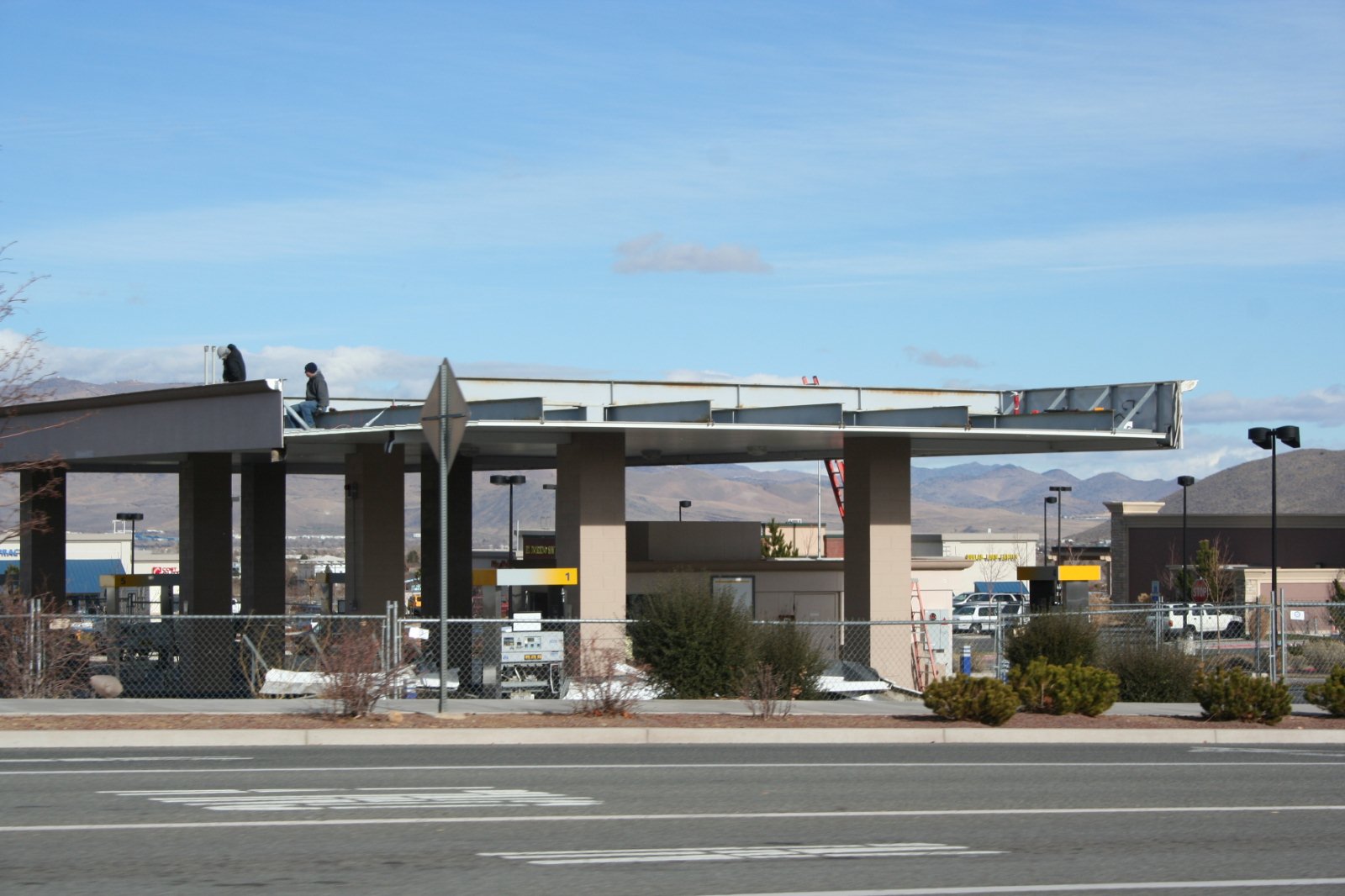 Work crews were on site Monday at the Mirastar gas station, in the parking lot of the Douglas County Wal*Mart. This gas station closed in August, part of a nation-wide shutdown of Mirastar locations, and has sat empty and roped off ever since. Now a crew has started dismantling the structure. They removed the gas pumps and set them aside, presumably to be trucked away to locations unknown, and they were also working on the roof, tearing down the decorative apron that surrounded the canopy. 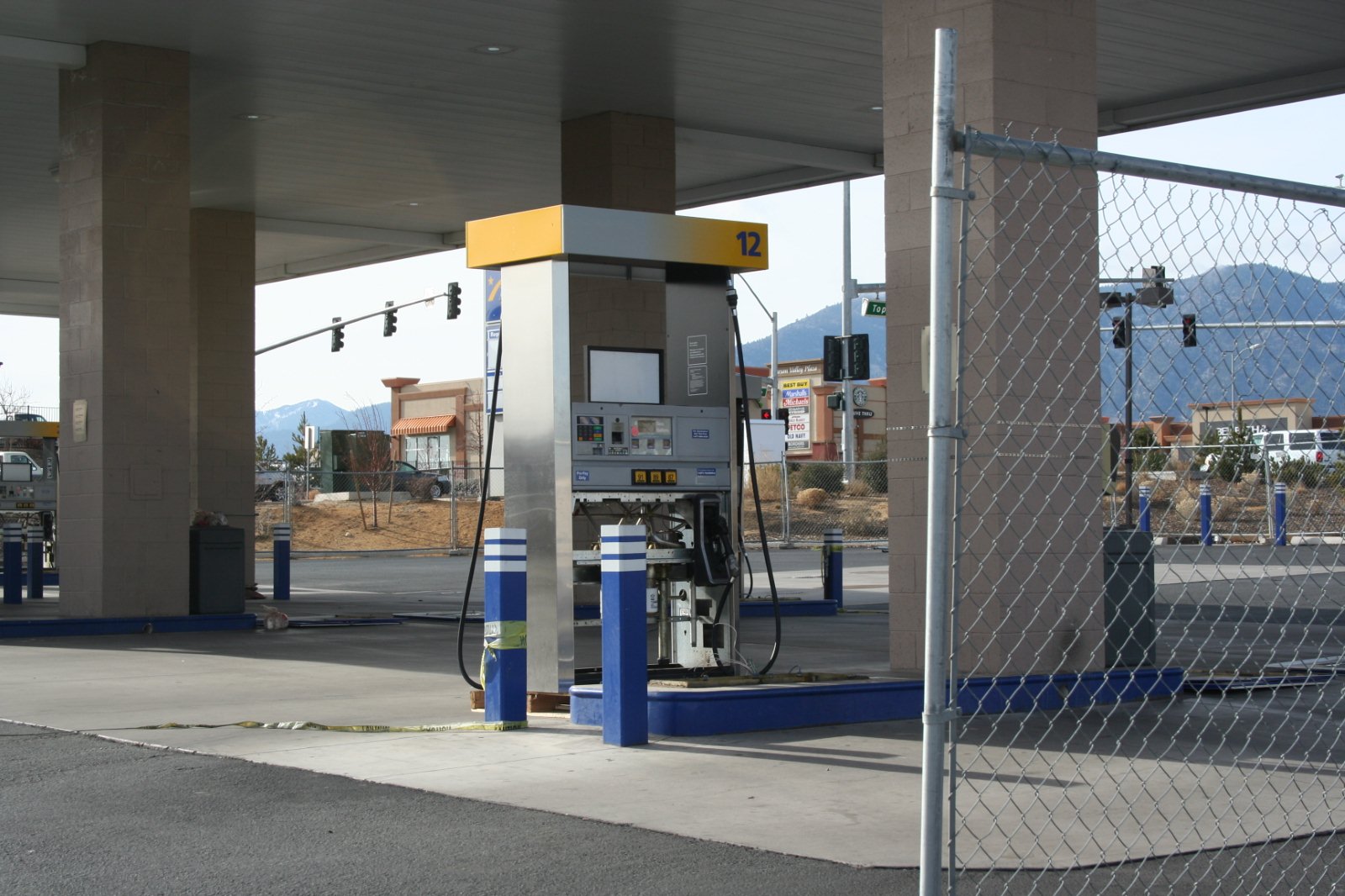 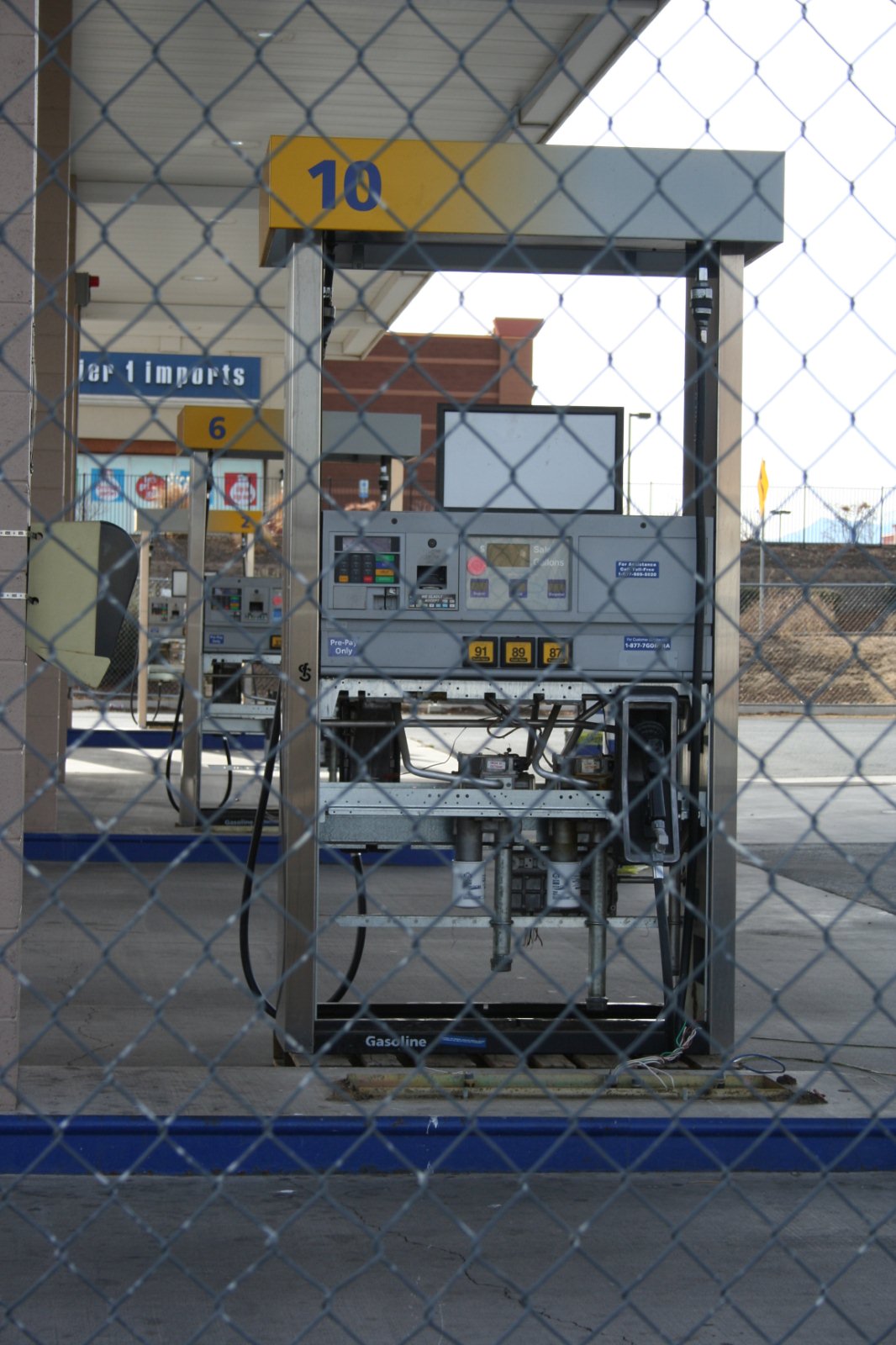 I’m not sure what they’re up to, if this is the beginning of a full-scale demolition of the gas station, or if Tesoro just wants to strip the property and reclaim some of the valuable items before they sell it. Because this is a good location for a gas station. Thousands of cars pass by it every day, on their way to Wal*Mart or Trader Joe’s, or in the turn lane to get to Best buy and Old Navy and all that. I’ve had at least five or six occasions in the last few months where I wished it was open, usually when I was in town late and the Costco gas nearby, where I usually fill up, was closed. This Mirastar always had comparably low prices, but didn’t charge debit fees like Arco does, or require membership like Costco. So I can see a low-price gas station doing very well here, and will be surprised if the whole place is just leveled, and not bought out by someone else. 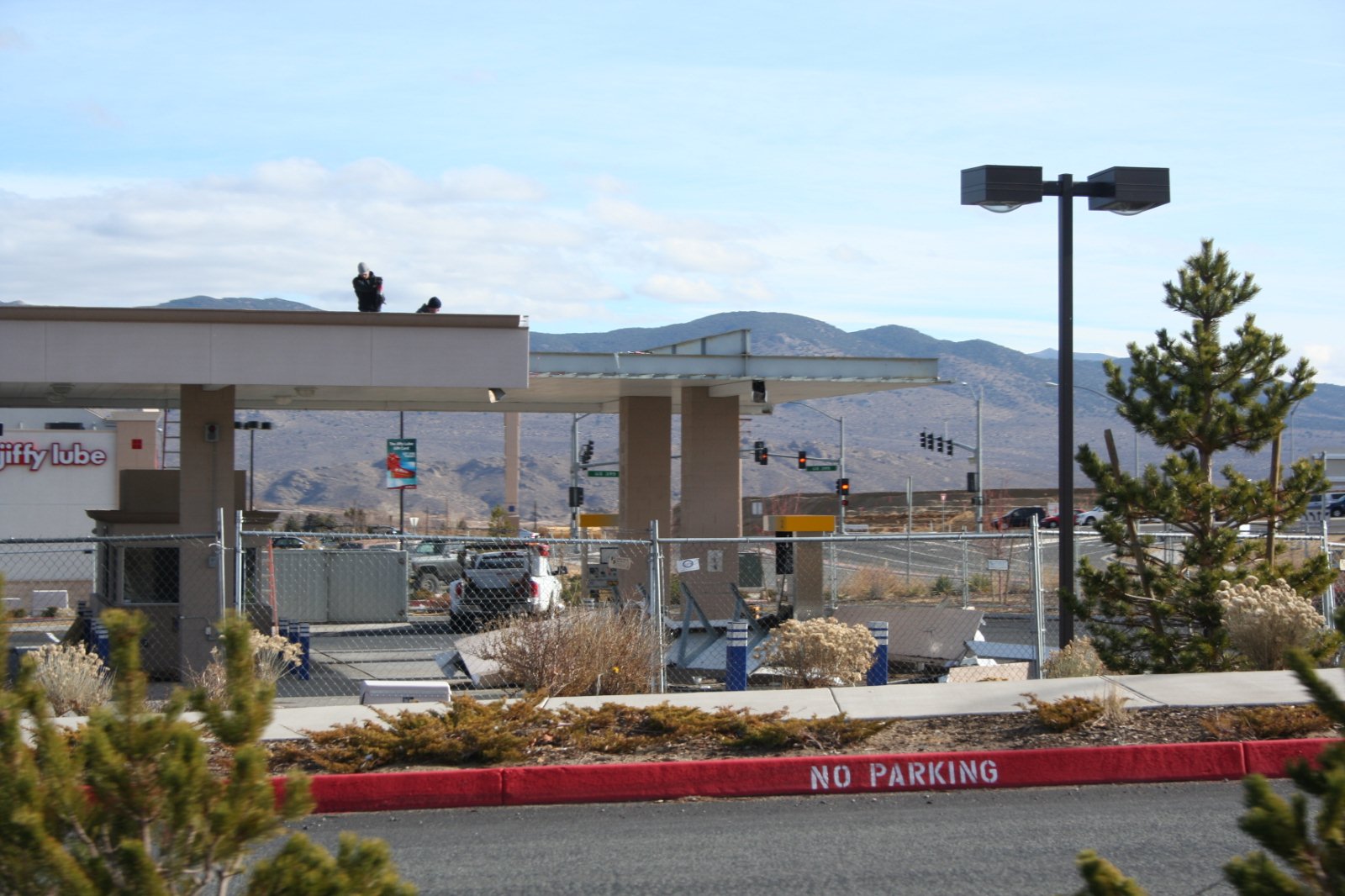