I’ve been breezing around town checking up on all the construction that’s going on now.

The Carson-Tahoe Quail park at the south end of town seems to be mostly done. The sign is up, there are trees planted in the parking lot, and the buildings seem to be finished, at least on the exterior. Now all they need are tenants. 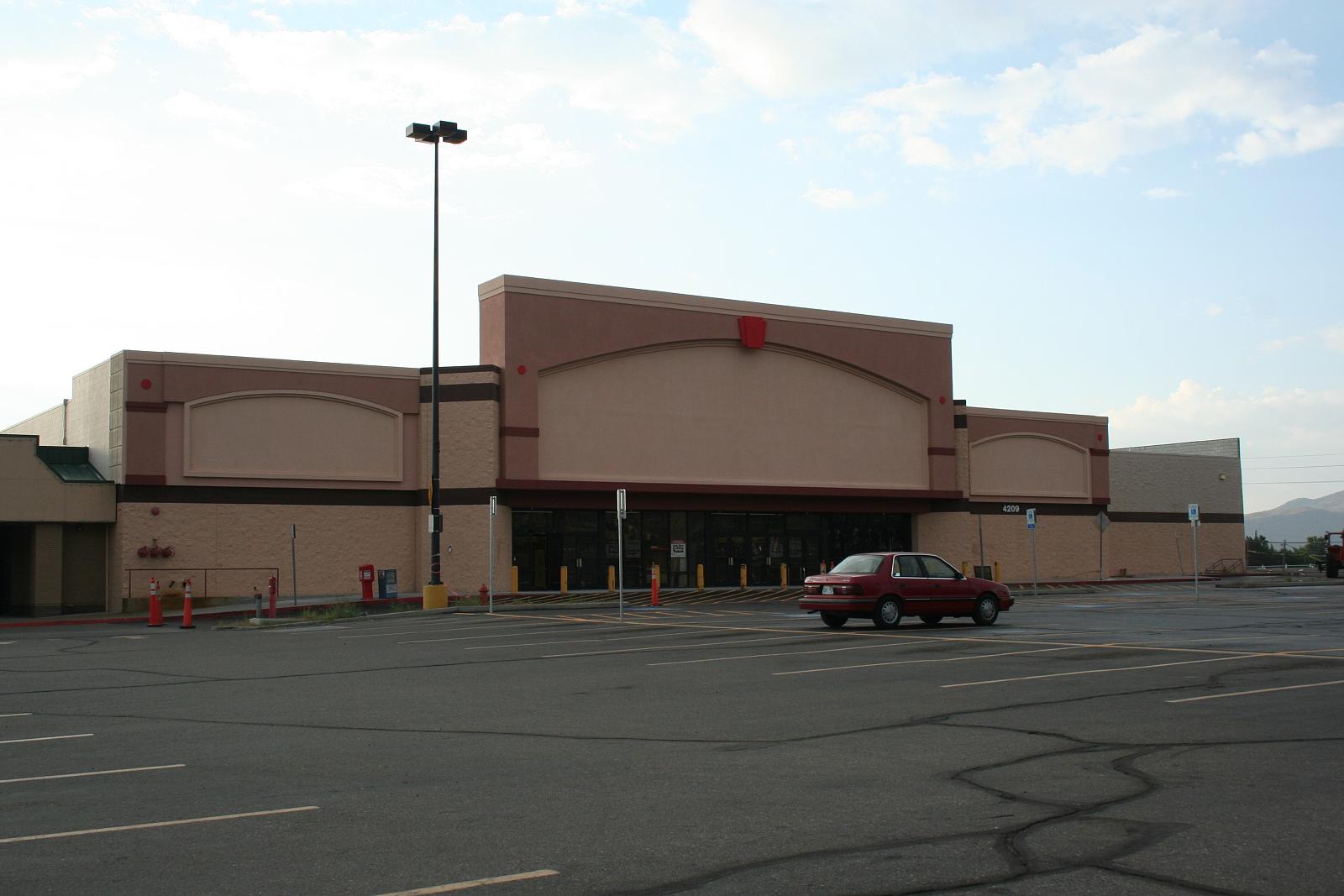 Burlington Coat Factory has been remodeling the old Wal*Mart at Clearview. At least the half of it that they didn’t tear down. Here the new facade seems to be mostly done, although the bottom half of the building is still sporting the old paint job. 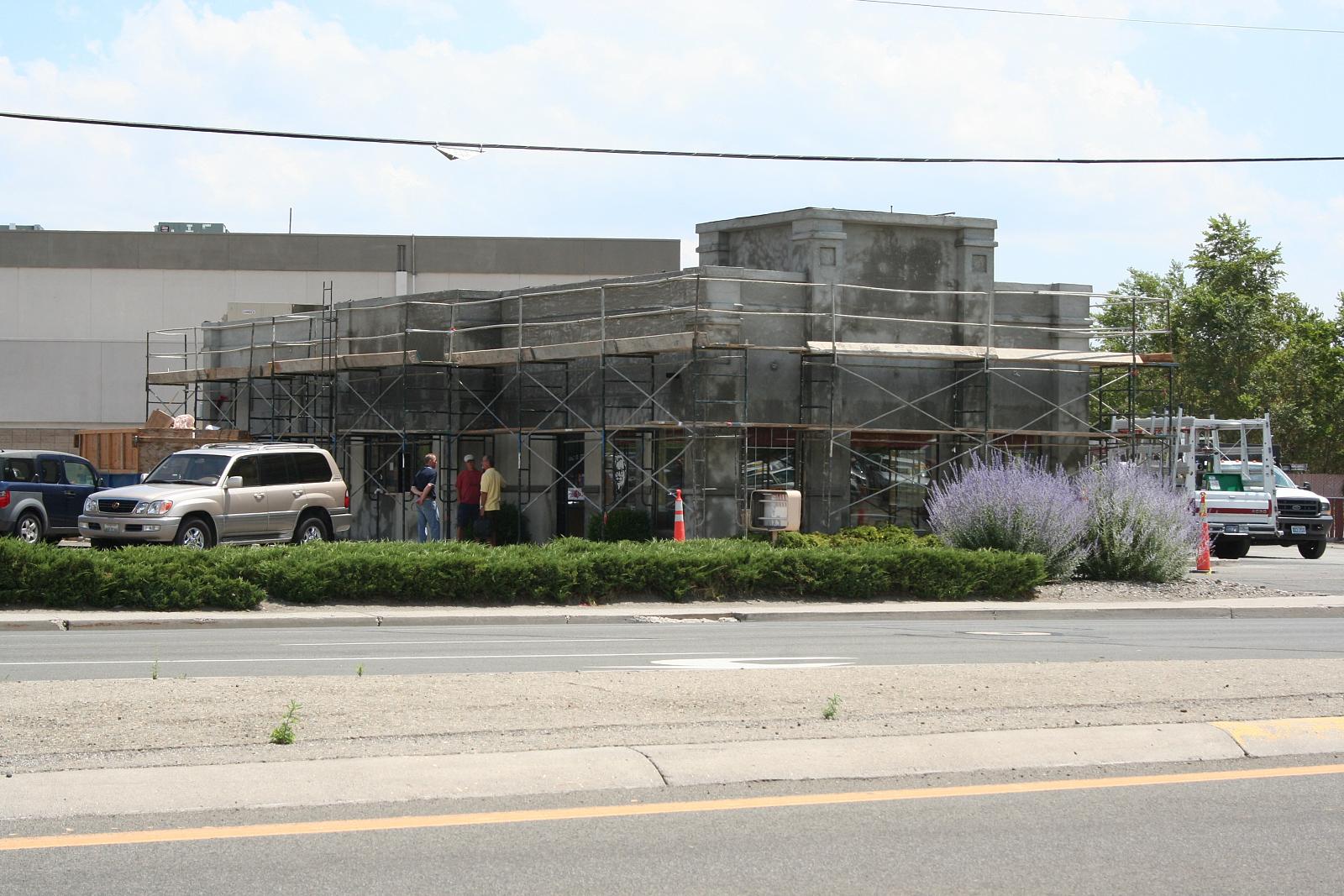 The Kentucky Fried Chicken on north Carson Street is getting a major facelift. It’s so drastic that the restaurant has had to close for the duration. 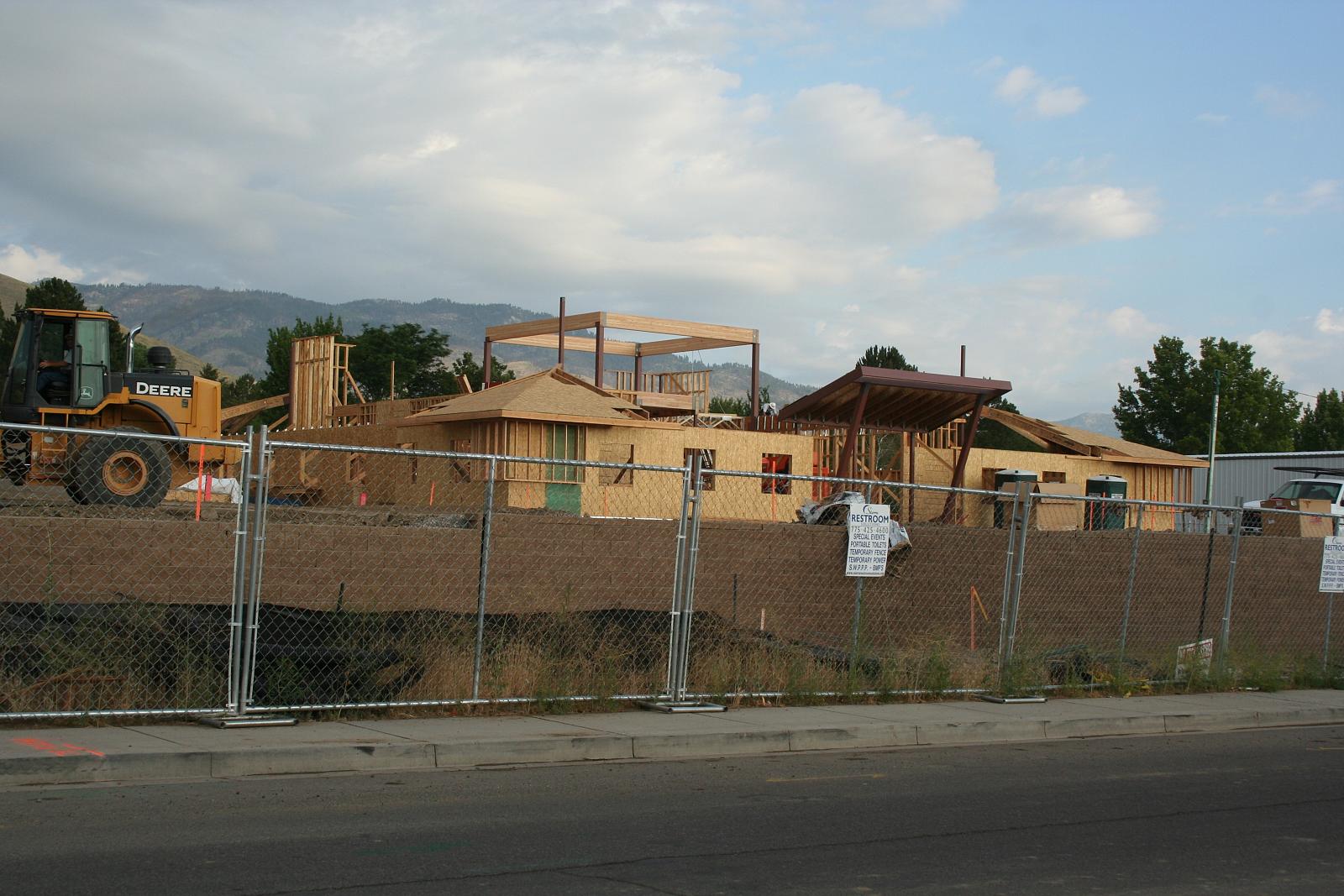 This project on Curry Street is coming along nicely too. Already the ground floor is done, and it looks like they’re starting on a second. 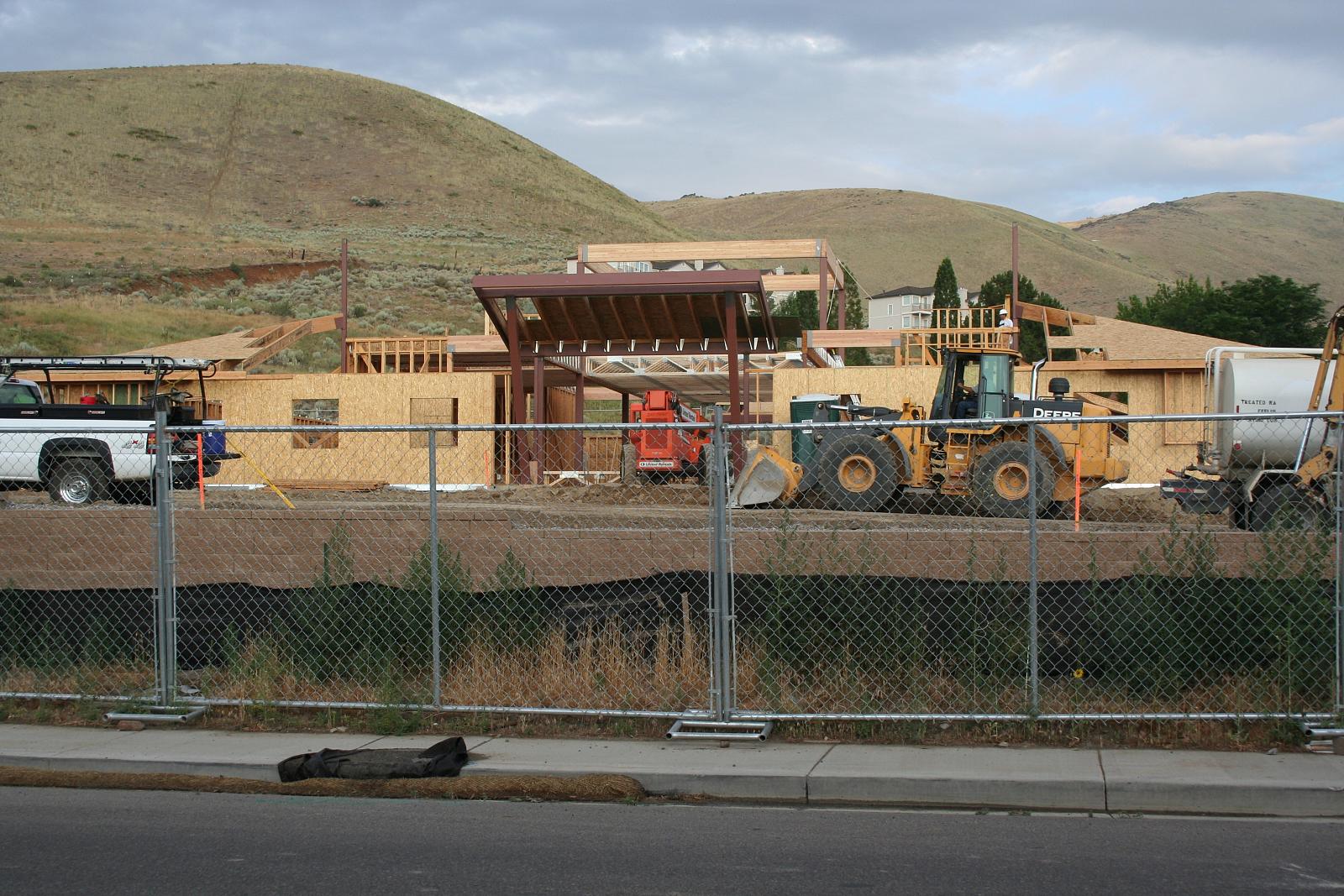 Besides these photos, there is also work going on at the old Harley Davidson building on north Carson (just past the KFC) converting it into a Harbor Freight Tools. And work on the Carson Mall is continuing; I need to stop by there and take pictures of that. And of course the freeway construction is in full swing, as is the repaving job on Fairview.