Thanks to the Mark Englebretson postcard collection that I received recently, I discovered that I had a bunch of old pictures of downtown Wells, which was ravaged by the earthquake yesterday. I posted one of them yesterday, but here are a few more. Now, understand that this was back during the absolute heyday of Wells, when the railroad was the way most people would enter town, and these buildings are right next to the tracks and the station. Ever since I-80 was built on the other end of town, this block has been dying a gruesome death from neglect, and many of the buildings had been deserted for years and on the verge of falling down anyway. This commercial row was actually listed as #4 on the list of Eleven Most Endangered Historic Places put out by Preserve Nevada in 2006. So watching downtown Wells be destroyed by an earthquake is like seeing an old man in a nursing home get food poisoning. The method is unexpected, but you knew the end was near. 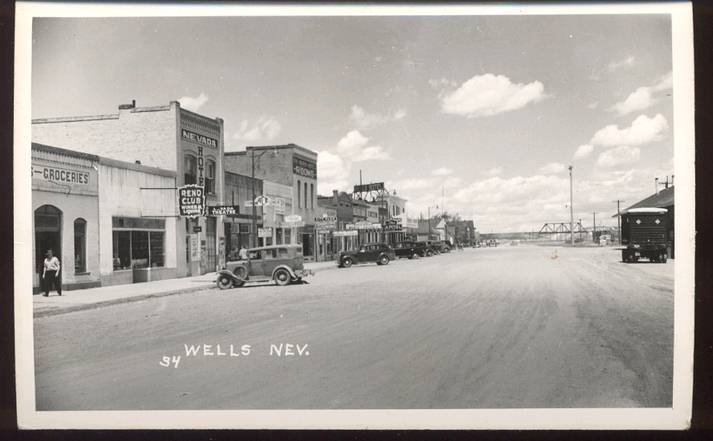 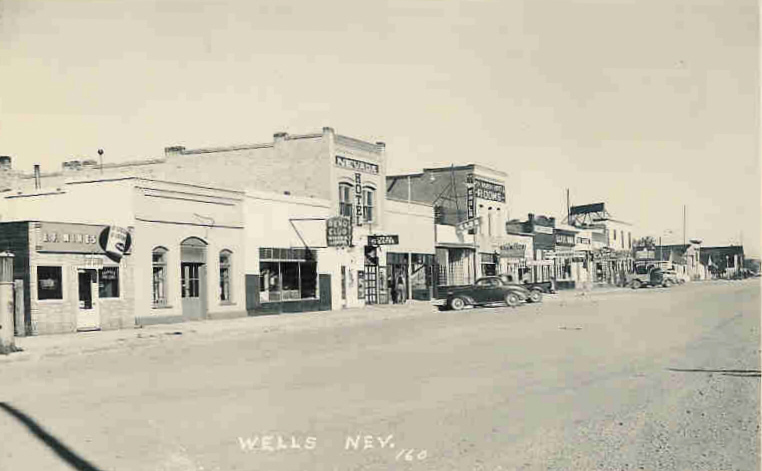 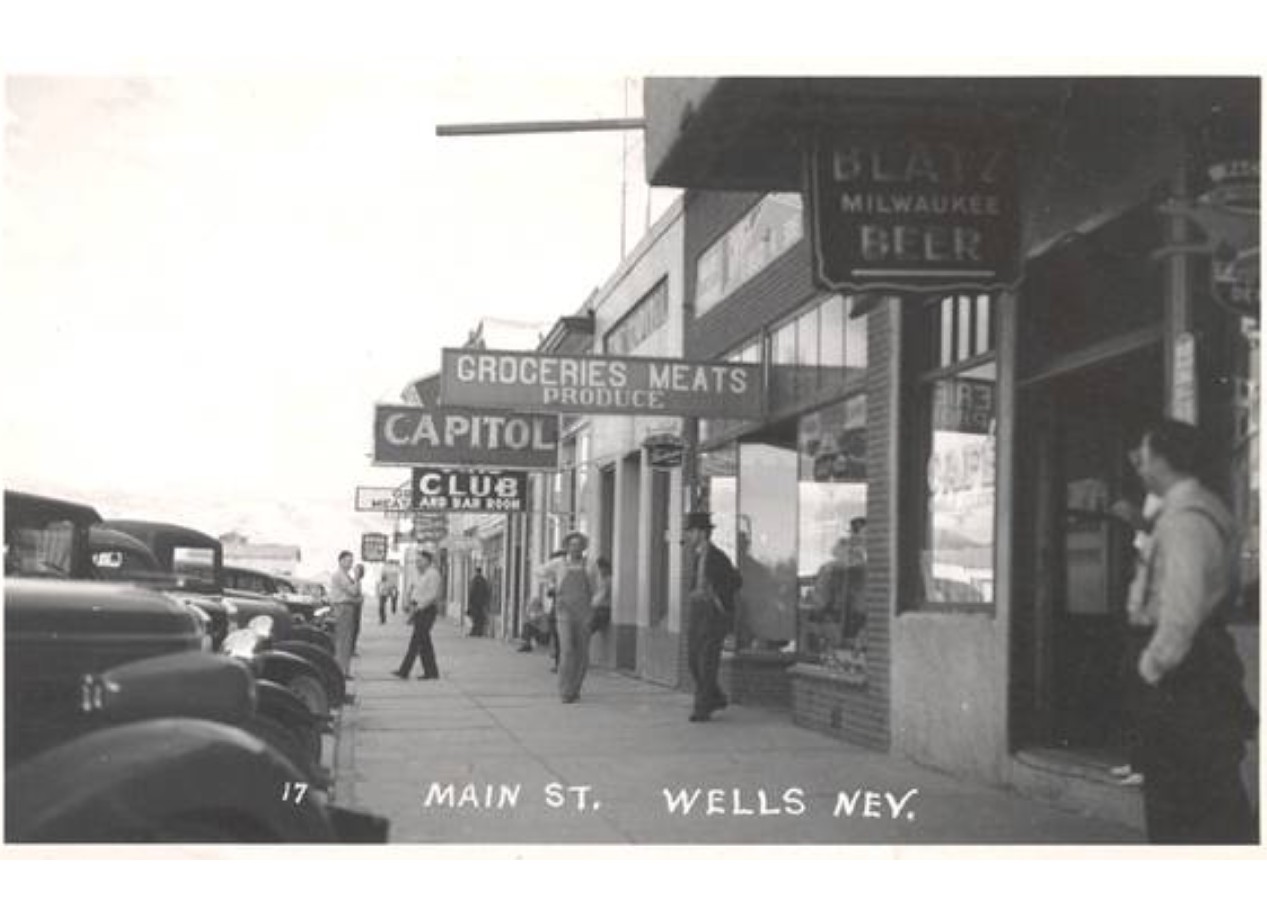 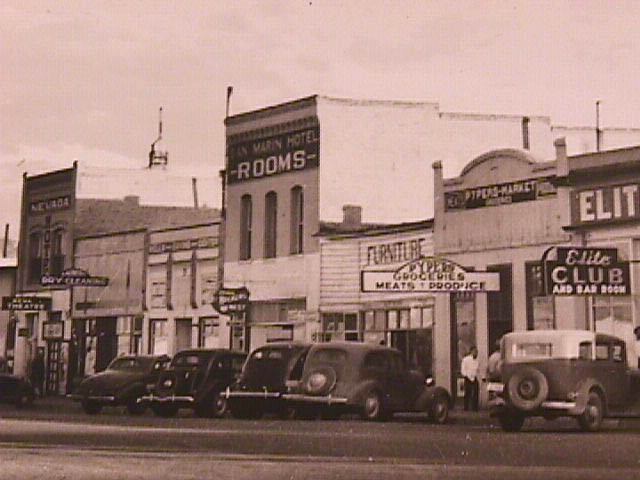 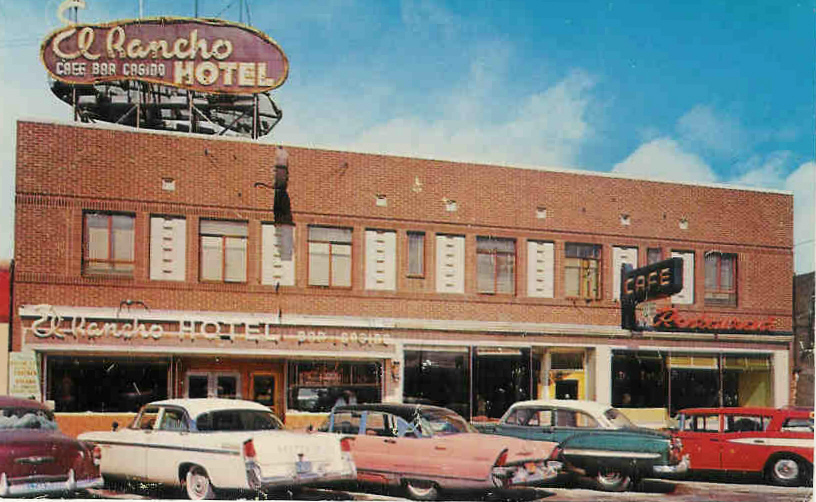 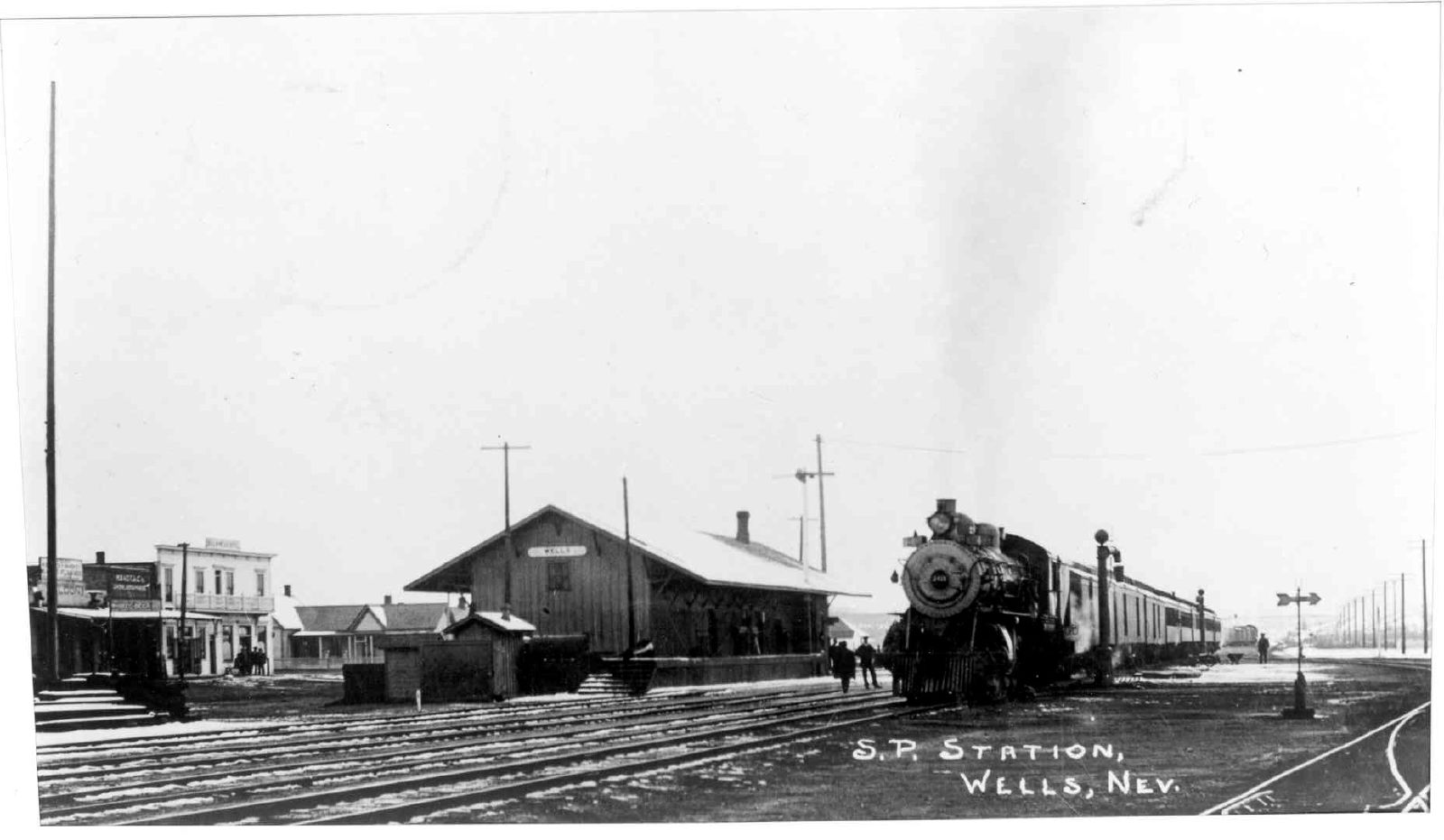 There are also a few new pictures of the destruction, like this gallery from the RGJ. 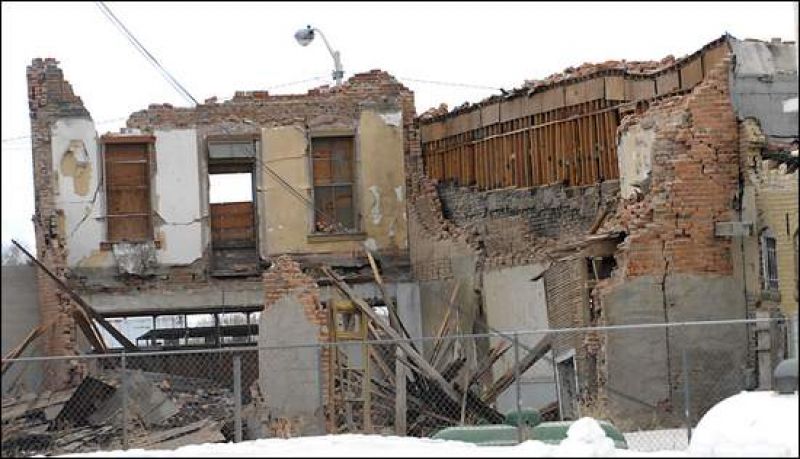 Photo from Marilyn Newton of the RGJ

That photo shows the backside of these buildings here, revealing the extent of the destruction. 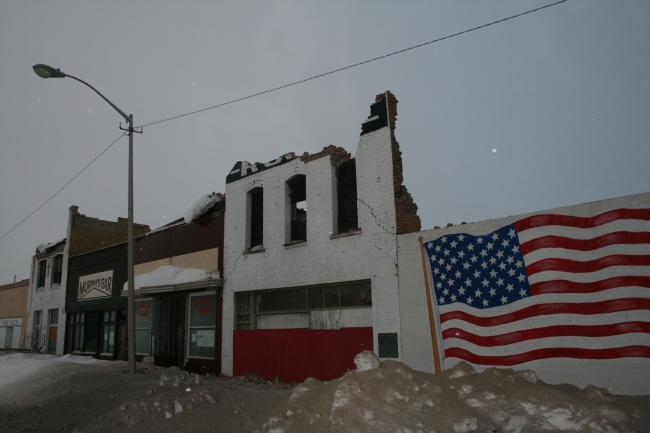 There’s also a photo gallery online at the Nevada Appeal.