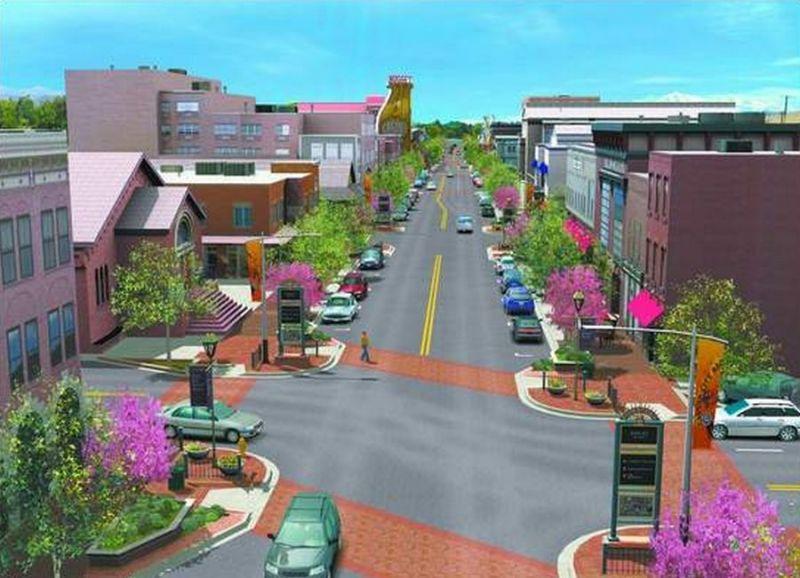 It’s been more than eight months now since Carson City held its downtown forum, where they invited residents to come in and voice their opinion on what direction downtown should be heading in. The theme here was the same one that’s been coming up a lot lately: in four or five years, the Carson City Freeway will be finished and downtown traffic will dry up. First, how can we take advantage of that by making downtown more pedestrian-friendly? And second, what can we do to get people to keep coming downtown?

The public forum in September was an information-gathering session, and a bunch of city planners took the data from that and sat down to crunch the ideas together. The results will be revealed this week at a special presentation at the Brewery Arts Center. Winston Associates has put together a short video fly-through of the “new” downtown, so we can see what we have to look forward to. The movie will be shown on Wednesday and Thursday nights this week, followed by a question-and-answer session with city officials.

We can figure out a few of the ideas from the conceptual drawing they released. Biggest is that Carson Street is down to two lanes in this new plan. We can also see the return of on-street parking, which was done away with in the 60s. I guess the idea is that the only people driving downtown will be folks that have a reason to be there, not people just passing through. So they won’t mind having to drive slower or not being able to pass. Another thing we can see are the sidewalk “bulb-outs”, which makes crossing the street faster because you’re only walking across the two travel lanes. On top of that the sidewalks are wider, which gives plenty of room to plant trees along both sides of the street. And the center median has been removed, so the Nevada Day parade doesn’t have to split in half when it hits Telegraph Street like it does now.

I’m sure there’s lots more in the plan, like seeing that in the future there will be a lot more buildings downtown. I wonder what the managers of the City Center Motel think of this plan, considering their place has been torn down and replaced? To see the rest, go to the presentation this week and watch the video. It is taking place at the Brewery Arts Center, Wednesday and Thursday nights at 6:00 pm.