Construction is really taking off on the First Presbyterian Church on Nevada Street this week. This is the church that was in danger of being demolished because it was too old, too small, and too unstable to hold services in. But the community spoke out and convinced the congregation to save the church, at least the historic sanctuary which is the oldest part. Their plan now involves demolishing only part of the church complex, a part that was built in the mid 20th century, and then building a brand-new extension that melds with the old section.
Demolition on that mid-century part of the church started in earnest today. 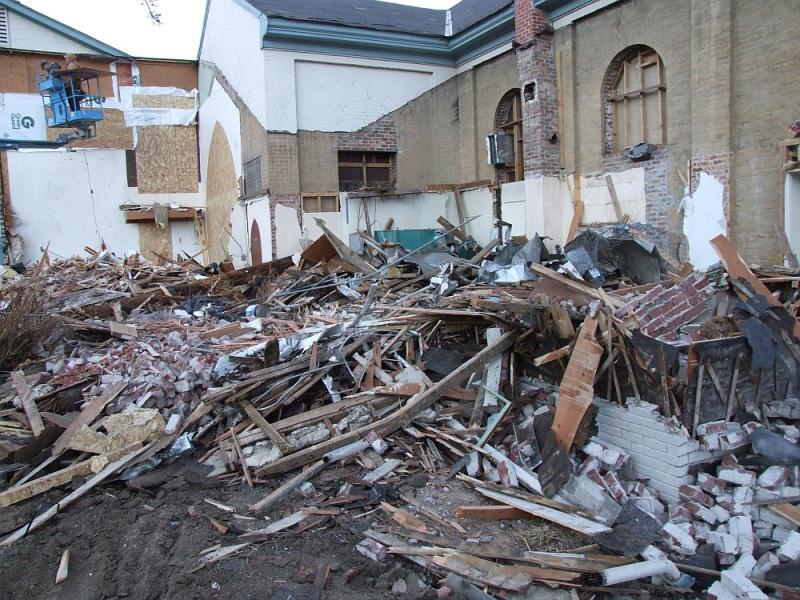 The heavy equipment was brought in, and within a matter of hours that middle-aged portion was reduced to rubble. 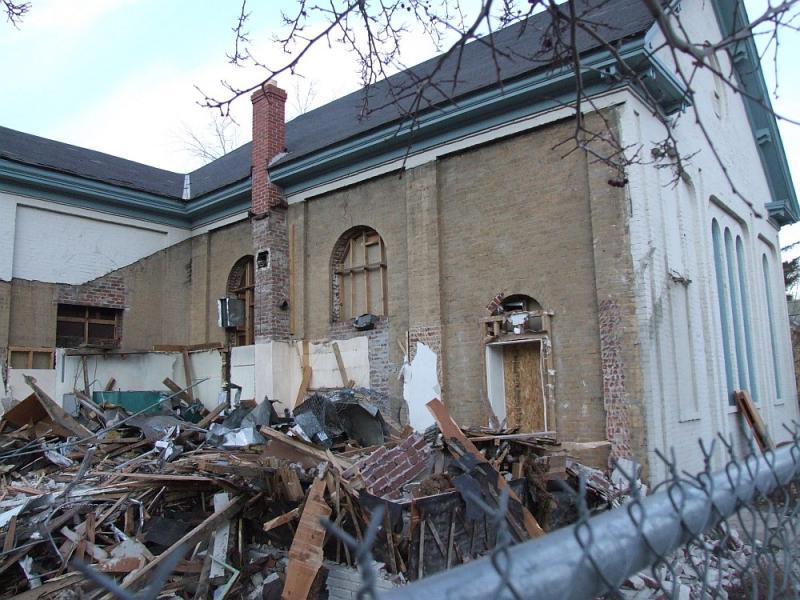 These walls are part of the church’s first expansion, which was built in 1890. In the 1940s another expansion was tacked onto it, the one that was destroyed today. So these walls are seeing the light of day for the first time in 60 years. 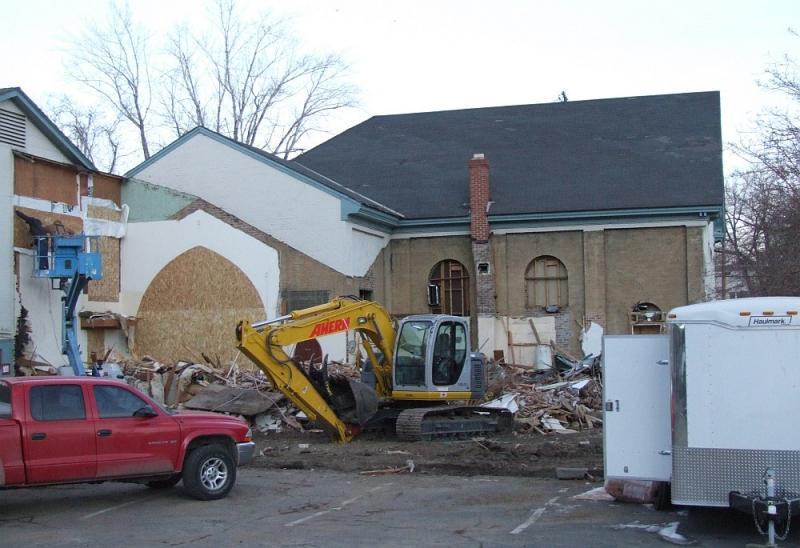 In the long view you can make out the outline of where the old building used to be by following where the naked brick meets the painted brick. In my opinion, part of the project should be to strip off all that white paint and let the bricks be natural again. 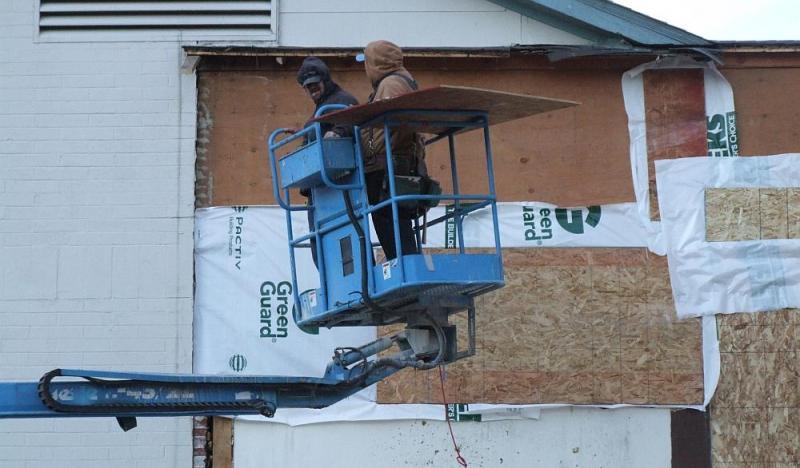 These fellows were finishing up the day’s work by boarding up doorways and windows so the cold January air won’t get in the church.

As soon as this rubble is cleared, the foundation for the new sanctuary should start being laid.