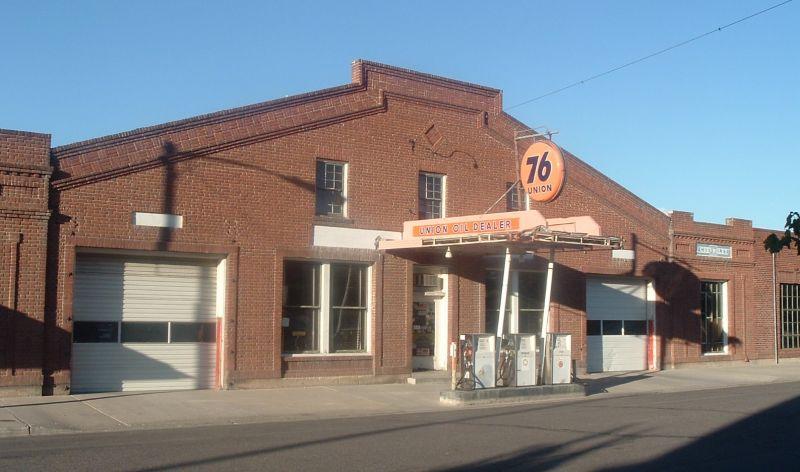 It looks like the Town of Minden is designating the downtown core, the “old town” between Railroad Ave and County Road, as a historic district. This move caps off the town’s Centennial Celebration, and is meant as a way to preserve the historic buildings that make up downto—

Oh wait, that’s not why they’re doing it. The only reason they’re creating a historic district is so they can get the C.O.D. Garage converted into a casino. Now that’s screwed up. They’re not doing it out of a sense of history, or for preservation, or civic pride. It’s a political loophole, and nothing more. That’s a little disappointing.

The C.O.D. Garage is a historic site, no doubt about it. It was opened in 1912 as Minden’s only automobile dealer and repair shop, and it stayed in operation until early in 2005. In April of that year the building went up for lease, and in October a new tenant was announced: Slotworld Casino in Carson City entered into an agreement to operate a casino, bakery, and ice cream parlor in the old building.

But then in June of this year there was a new wrinkle. An ordinance was proposed for Douglas County, inspired by a similar one in Carson City, that would require anyone building a new casino to also build at least 100 hotel rooms. And who was behind this new plan? No surprise, it was other valley casinos like Carson Valley Inn and Sharkey’s. They claim that the timing was just a coincidence, that they had this in the works before the C.O.D. announcement came. But others aren’t so sure, like C.O.D. owner Robb Hellwinkel and town board member Bob Hadfield. They definitely saw it as a move to prevent new competition from setting up shop. And specifically, they saw it as a challenge to the C.O.D. project.

So that’s where this new historic district comes in. By defining the district, they’ve created a loophole where properties inside the boundaries would be exempt from the 100-room requirement. That’s the only reason they did it; it’s a political maneuver. I mean, the line they drew doesn’t even include the old Flour Mill, Creamery, or Wool Warehouse. All of which are unquestionably part of Minden’s historical heritage. Not to worry, says the town attorney. They can “add the structures later with no problems.” It’s just so important that they push this thing through quickly so they can build their casino. Why put too much thought into it?

So who are the bad guys here? The casinos who want to protect their business by prohibiting competetion? Or the Town Board, which is doing the right thing for the wrong reason, and doing a half-assed job of it to boot?

Kind of a toss up to me. I have no interest in a new casino coming to town, but if someone wants to spend $7 million to fix up and preserve the C.O.D. Garage, why stop them?