It seems like it’s been a long time since the Casino Fandango announced their plans to build a movie theater on their property, along with a hotel tower. The last few months have been spent drawing up plans and getting the proper permits, and now they’re finally getting started on building the thing. 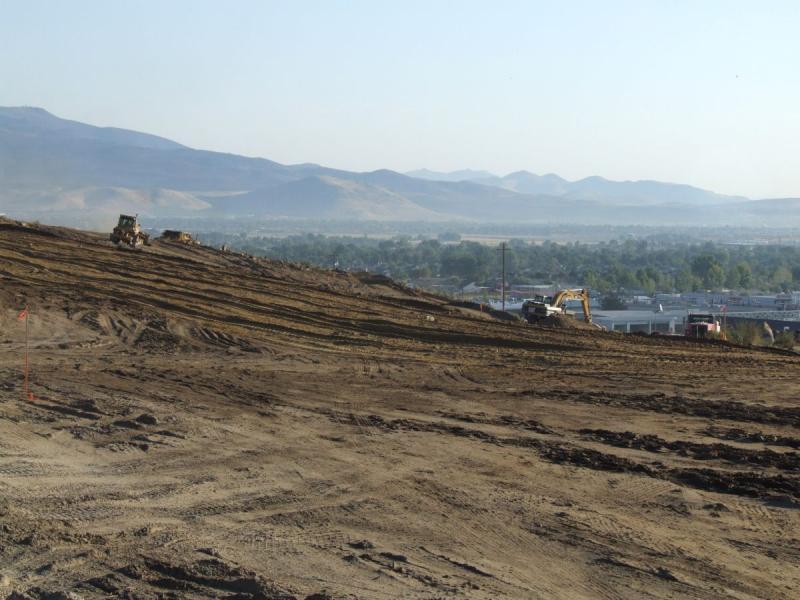 Earthmovers on the hill. Voltaire used to run right through the middle of this scene.

That’s the hill behind the Fandango, where the movie theater is going to go. Grading started a couple of weeks ago, accompanied by a closure of Curry and Voltaire Streets in the vicinity. Curry has been closed so it can be properly paved (it’s been grindings along that section for a few years now), but Voltaire runs right through the middle of the construction site, so I’m not sure if it will be coming back or not. It probably will, in some form, maybe realigned a little bit. But the real action is going to be happening on that hill, as the new movie theater slowly rises up out of the dirt. Should be exciting to follow the construction, especially since the Ormsby House has been so disappointing lately.

In related news, the high-density housing that the Fandango’s owners were trying to get built in the neighborhood is causing uneasiness with the Planning Commission. So that might not end up getting built after all.