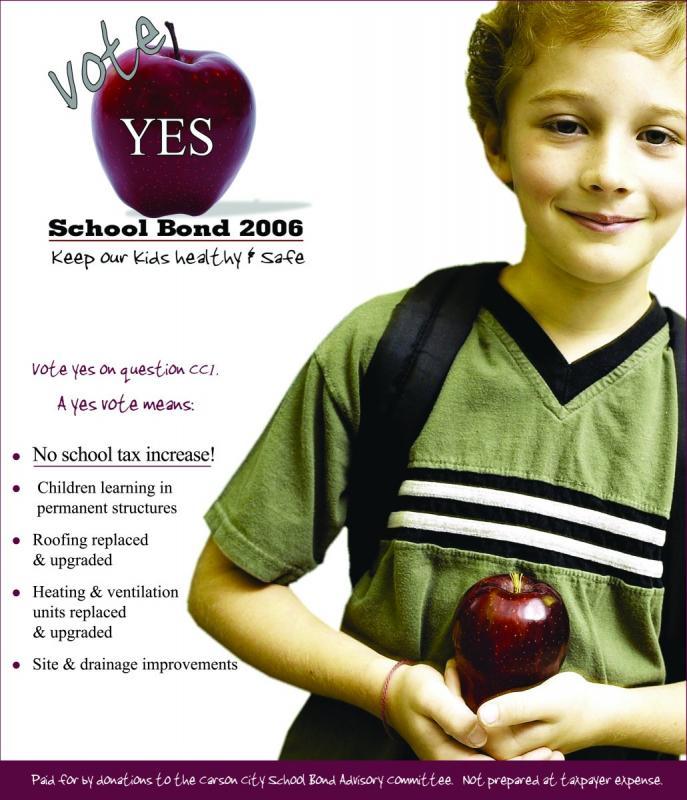 This year there is another school bond for the Carson City schools on the November ballot. The $25 million from this bond will go to new construction at the Middle School, plus replacing aging roofs and heating systems district-wide. I’ve got to disclose that I’m not a disinterested party in this bond issue; the company I work for is an engineering contractor for the school district, so if this bond is passed my company gets more work. And I’ve got a niece in Carson City schools. But even if that wasn’t the case, I think it’s a good idea to get this passed. There are parts of our schools that are getting old and need to be replaced. Ignoring the problem will just send maintenance costs higher and disrupt the learning experience for our kids.

Here’s what this bond will cover: 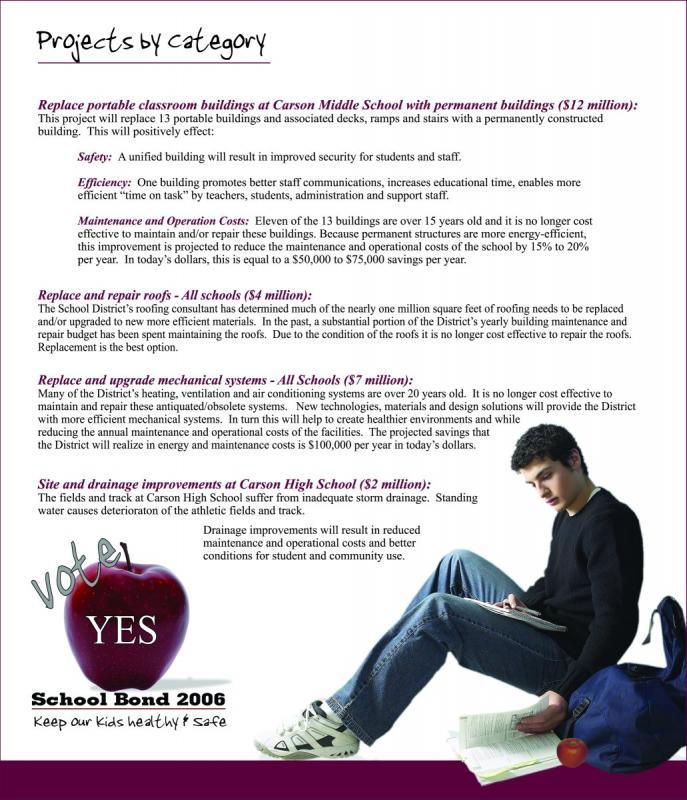 I know firsthand what a difference it can make to upgrade all these little things. I just had a new roof and a new heating/cooling system (along with low-e windows) installed at my house, and this summer has been so much more bearable because of it. So if I can get it at my house, why shouldn’t schoolkids have the same benefits?

Another fact is that this is a “tax continuation” bond. That means that because other bonds will be expiring at the same time, property taxes won’t go up. But, on the other hand, if it isn’t passed, taxes won’t go down either (do they ever?). The money that would have gone to the school will just go into the city’s general fund. I say let’s give it to the kids instead. Of course, I live in Douglas County, so it’s not my money anyway. But hopefully a majority of Carson voters will agree.

In fact, I’d say this bond isn’t big enough. Carson City is fast approaching 60,000 people, but the town still only has one high school. It seems like if we want to be looking forward at giving our kids the best education, we should start thinking about adding a second high school, and maybe even a third middle school, to the district. In fact, a third middle school used to be part of the master plan, but it was dropped in favor of expanding the Carson Middle School we have now.

Reno has a population of 200,000, only 3.5 times Carson, but they have seven or eight high schools. We need to start catching up before Carson High gets too overcrowded.