The Ritchford Hotel Then and Now 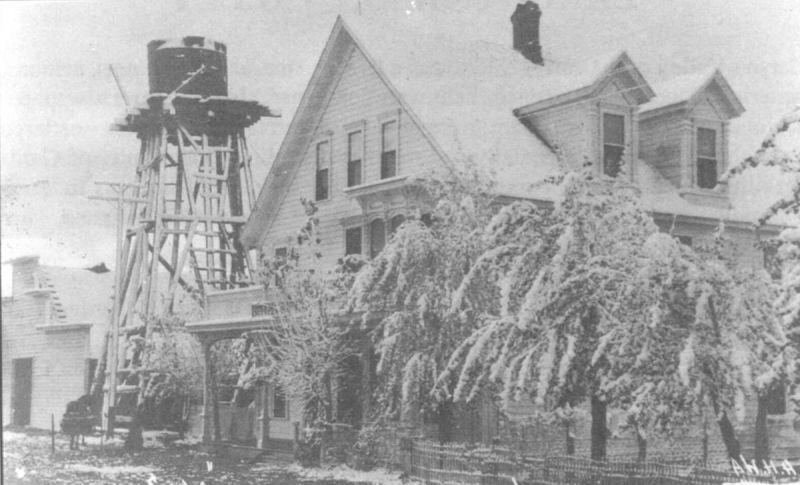 In 1896, Gardnerville was not even 20 years old. The main settlement in the Carson Valley was still Genoa, but Gardnerville was growing fast. Not only because it was closer to all the farms and ranches that were clustered around the Carson River, but also because there were several new stagecoach roads between Carson City and Bodie. And instead of going the long way through Genoa, these roads cut through the middle of the valley, crossing the river at the Cradlebaugh Bridge and passing right through downtown Gardnerville.

By this time Gardnerville already had several hotels. One of the first buildings in town was a hotel, actually, one that had been dismantled in Genoa and moved across the valley. There was also the East Fork Hotel, built in 1893, as well as a number of other places offering rooms. But Mr. and Mrs. William Ritchford saw an opportunity in this small town, a chance to build a first-class hotel that would put all others to shame. They also envisioned their hotel being the main stop for stagecoaches passing through town, so they planned a livery stable where the horses would be treated as well as the people. So in 1896 they built this three-story building right on Main Street, and they were not disappointed with the results.

The hotel soon became the place to stay when in the Carson Valley. There were twenty rooms, all first-class with gas lighting. Mrs. Ritchford herself ran the kitchen, serving exceptional meals to her guests every night. Mr. Ritchford ran the stable, giving a bit of pampering to the horses which normally worked so hard pulling the stages. Word of the Ritchford Hotel spread around the state, and anyone travelling through the valley wanted to stay there. Even in San Francisco they spoke of its elegance and luxury. The hotel operated for several decades before disaster hit it. On January 10, 1937, in sub-zero temperatures, a fire broke out on the top floor of the Ritchford. The fire department responded quickly and they managed to save most of the building, although the third floor, with its dormer windows, was completely destroyed. Even though the lower floors were soon able to reopen, the third floor was never rebuilt.

Today you wouldn’t even recognize the Ritchford just by looking at earlier pictures. The top floor is obviously gone, but so is the portico along Main Street, and the tall water tower. Now what’s left is just a square, nondescript building that betrays none of its history to people passing by. The Ritchford name is still painted on the outside sign, one quiet reminder of what used to be. 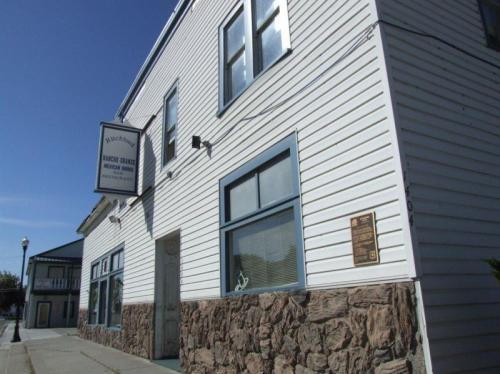 In recent years the building has been home to a series of Mexican restaurants, like Abuela’s and most recently Rancho Grande.