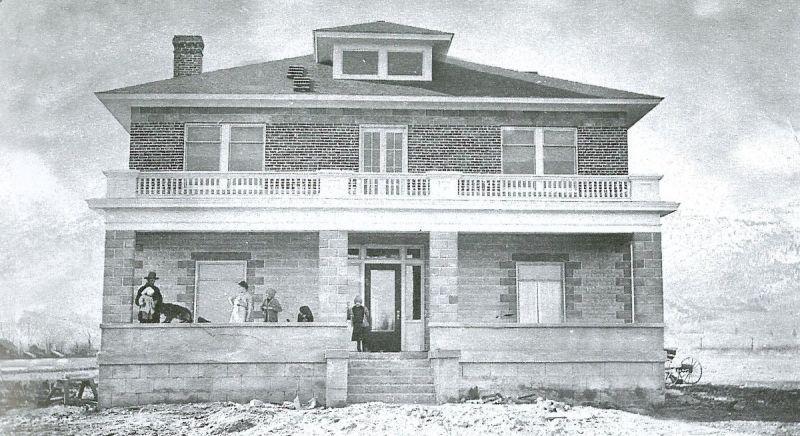 Ira L. Winters was a rancher-turned-politician, one of the heavyweights of Nevada’s middle history. In 1915 he had this house built on his ranch on the outskirts of town, out Robinson Street about a quarter mile past the then-new Governor’s Mansion. A 1920 city directory simply lists his address as “End W Robinson”. No number needed, just go to the end of the street.

Winters joined the Nevada State Senate in 1927 and stayed a senator until 1942. His name is probably most often brought up as the founder of Nevada Day. In 1933 he introduced a bill setting aside October 31st every year as a state holiday and a day to celebrate Nevada’s admission to the Union. Schools would be closed, state employees would get a day off, and residents were asked to fly a flag and conduct “suitable exercises of a public nature” in remembrance of Nevada’s birthday. It took a few years for the idea to catch on, but thanks to Winters and a few others, like Judge Clark Guild, we modern Carsonites still celebrate Nevada Day with a parade, carnival, and other activities.

But in his time he was known for more than just Nevada Day. He was a powerful senator, several times was chosen chairman of the Senate Ways and Means Committee, and served twice as President pro Tempore of the Senate. He also pushed for the construction of the State Supreme Court building across the street from the Captiol, the building that now serves as the Nevada Attorney General’s office. He retired in 1942 after serving 16 years in the Senate, and died in 1949 at the age of 72. In 1997 the Nevada Senate honored Ira Winters by inducting him into the Senate Hall of Fame. The land that used to be the Winters Ranch was sold and subdivided long ago. Now Carson Middle School sits on part of it, along King Street between Richmond and Ormsby. Tract homes cover the rest. But right in the middle of it all, at the west end of Robinson Street, the Winters House is still standing. It’s been through many owners over the last few decades, and there have been several additions in the back of the property. But the front of the house is still much the same as it appeared after its construction 90 years ago. 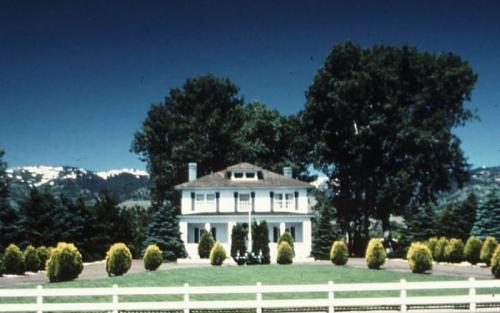 The Winters House in a Carson City Tourism shot from 1984.

The house probably isn’t even called the Winters House anymore. It’s not included on any of the historical maps or tours of the city, and there’s no plaque out front. Driving by it’s pretty unremarkable, trapped behind an electronic gate and hidden by several trees. But it does have one distinction. It is the highest-priced home ever sold in Carson City. In July of 2001 it sold for $1.6 million, a new record. But the record won’t last long. Already there are several homes for sale with asking prices above that mark, including the Winters House itself, which is back on the market for $2.1 million.

And the house finally got an address, 600 N. Richmond Street.