These fellows are getting to take a much-deserved break out of their day to have their picture taken. They probably appreciated the diversion, because looking at all the tools and broken rock scattered around makes me think they don’t have the easiest jobs. In the days before minimum wage, workman’s comp, and mandated break periods, I’m sure they savored the chance to lay down their tools and pose for a photographer. Even if it only took a few minutes.

The year is 1888, and this is the work crew laying the foundation for the new Post Office in Carson City. They’re just getting started now, but within two and a half years they will have built a 20,000 square foot, five-story brick building on this site. It was designed and paid for by the Federal Government, and after it was finished it housed a wide variety of Federal offices. The Carson City post office was located here, and so was the Weather Bureau. It was also the home to the Federal Court, where many high-profile criminal cases were tried. 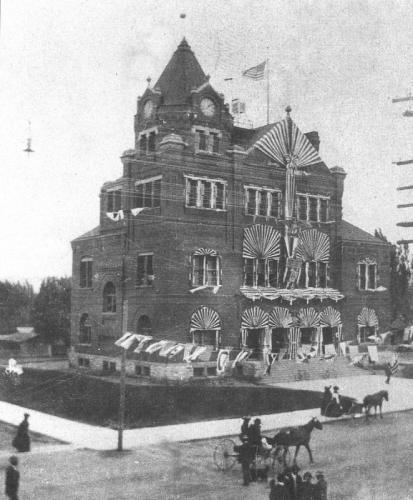 This block was chosen as the site for the new Federal building because it was right in the middle of town, about halfway between the State Capitol to the south and the US Mint building to the north. Originally this site held the Carson Opera House, which was built around 1878 on the northwest corner of the block, facing Carson Street. When the Feds moved in, the Opera House had to move out…quite literally. The theater was either torn down or jacked up onto wheels (depending on which source you’re reading), and rebuilt at its new home on Plaza Street, about a block away. You can see it in this historic view; it’s the big barn-like building that sticks out on the right. The Opera House was moved sometime between when they sold the land in 1886 and when the cornerstone was laid for the Post Office in 1888. So that Opera House is pretty new in this picture, and still settling into its new home.

Work on the Post Office started in September 1888 and finished in May 1891, about 32 months from start to finish. The rest of the construction wasn’t photographed, as far as I can tell, nor are there pictures of any other Carson buildings half-finished like this. So I don’t know why the Post Office was so special, why some photographer decided to interrupt work on the foundation, set up his equipment, and snap this shot of the workers. But I’m glad he did, and the workers probably were too. 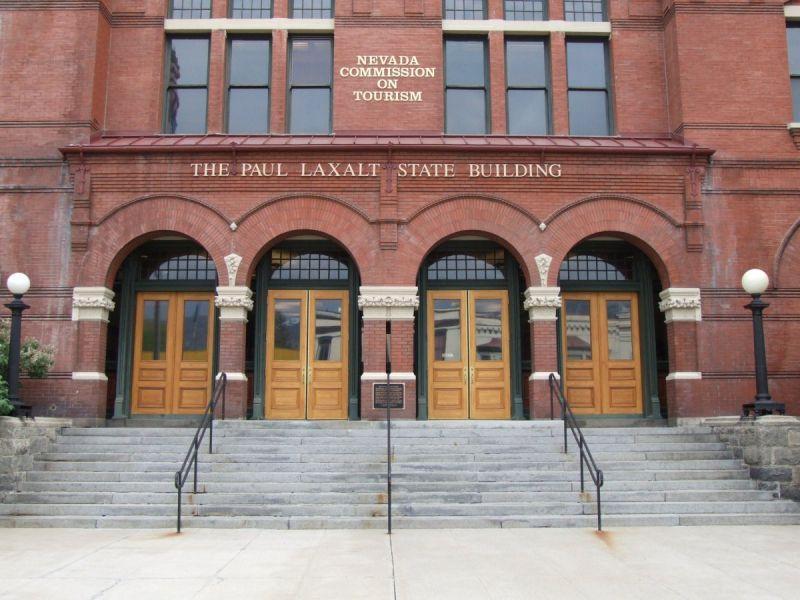 The view from Carson Street looking east has been obstructed ever since the Post Office was finished. If the mystery photographer had kept his equipment in the same spot over the decades, he wouldn’t have been able to see the 1931 fire that consumed the Carson Opera House. And he wouldn’t have been able to see how the entire block it sat on, and all the surrounding blocks, were razed and paved over in the late 20th century to create an enormous parking lot for the Carson Nugget. But he would have gotten a perfect view of the front doors, the same view that I got standing in front of the building today. Hundreds of thousands of people must have passed through these doors, first during the building’s time as a Post Office and US Court, then during its time as the Nevada State Library, and now that it houses the Nevada Commission on Tourism. And the camera would have captured the ceremony that took place on the front steps in 1999, when the building, then already over a hundred years old, was finally named in honor of former Nevada Governor and U.S. Senator Paul Laxalt.