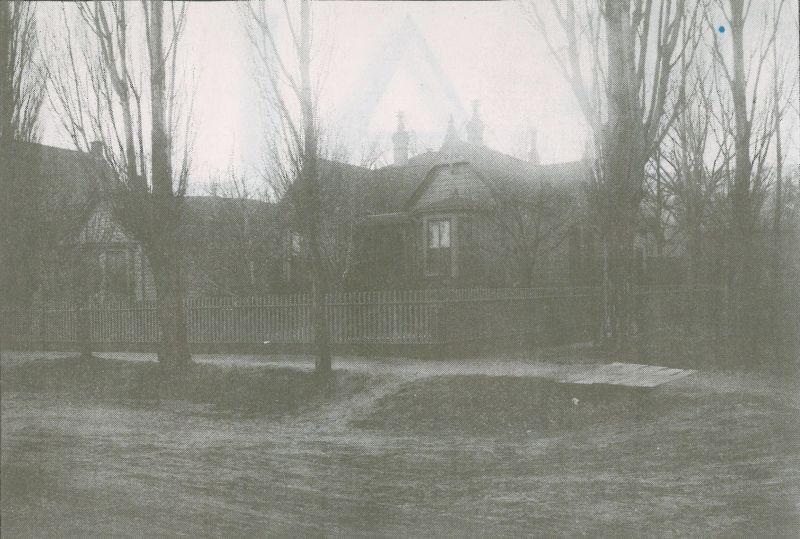 This is Division Street in Carson City, between Proctor and Musser. The Kelley-Schulz House, built in 1874, is in the center. The streets and sidewalks in this part of town were still dirt in the early 20th century, and without underground storm drains they would often become muddy and the gutters would turn into rivers. Here at the corner you can see a little wooden bridge that was built to get from the sidewalk to the street when that happened. Today all of Carson’s streets are paved, although when we get heavy rain and snow some of the gutters still end up flooded. The Kelley-Schulz house is still here. It’s no longer a residence, though; now it houses the Small Blessings Christian Preschool. The house next door didn’t fare so well. It was torn down when the Methodist church next door expanded in 1909; the church’s north wing now takes up part of the lot.