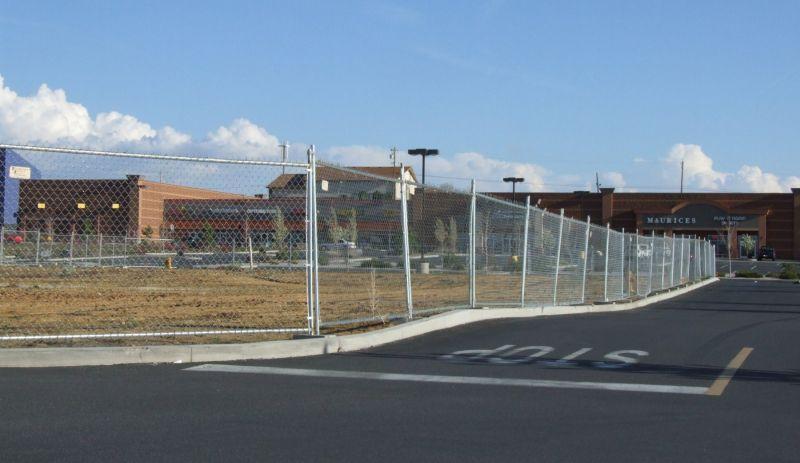 The Carson Valley Plaza, located on the hill as you’re going out of town to the south, opened nearly three years ago with stores such as Best Buy, Borders Books, Bed Bath & Beyond, and Old Navy. When it opened there were still a few empty lots scattered around the parking lot, waiting to be built on, and they’ve slowly been filled in over the years. One of them got an In-N-Out Burger, and another one got a Starbucks, Jamba Juice, and Panda Express. Now there are only two empty lots left, and just recently both of them had chain link fences and “No Trespassing” signs put up. Looks like they’re finally getting ready to start building something on both sites. Hopefully it’s not just more strip mall stores; there are already plenty of empty storefronts next door at the new Clear Creek Plaza.