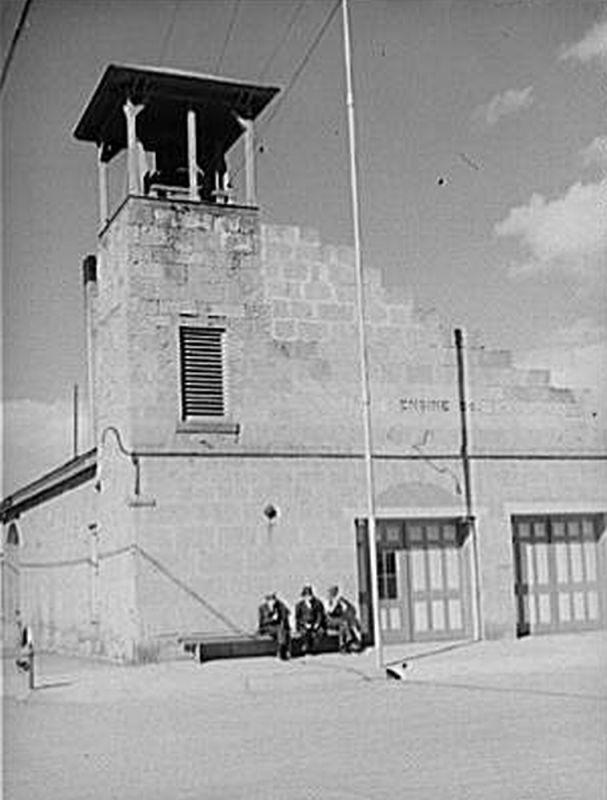 Early frontier towns in the West always lived under the constant threat of fire. Many of the buildings were made out of dry wood planks, and there was no such thing as fire hydrants, so a small fire in one part of town could quickly spread and overwhelm the capacity of horse-drawn fire wagons. Virginia City burned to the ground in 1875, Seattle had a great blaze that consumed most of its business district in 1889, and the majority of damage from the 1906 San Francisco Earthquake came not from the shaking ground, but from the fires it caused.

Carson City, therefore, is pretty lucky that it never had a large fire. And that’s due in part to the work of the three volunteer fire companies that served the town during its early years, and which worked out of this sandstone building on Musser St. The building was originally built by town founder Abe Curry out of sandstone taken from his own quarry (the same sandstone later used to build Curry’s house, the State Capitol, and other historic buildings). It was the home of the Curry Engine Company, which was formed in 1864 to compete with the Warren Engine Company, which had been founded a year earlier. The two companies engaged in friendly competition for several decades, each one trying to be the first to reach a fire.

In 1873 a third company was formed, the Swift Engine Company. They shared this firehouse with the Currys, and even built a new entrance around the corner, but the friction between the two companies was too great and Swift soon disbanded. And in 1908, after over 40 years of fighting fires, the Curry Company also disbanded, leaving just one company in town, the Warrens. They didn’t waste any time in moving into this firehouse, which is where they remained when Arthur Rothstein took this picture in 1940. By the 1950s, the Warrens had outgrown this firehouse, and they built a new, two-story, three-bay headquarters across the street in 1954. The old firehouse was then converted to office space. The bell on top of the tower was removed, and the bay doors were turned into windows and blocked off by a planter. The building now houses offices for the Nevada Secretary of State.

But it still bears the marks of the Warrens. The words “Warren Engine Co No 1” are etched into the stone over the old entrance, and there is a plaque on the wall commemorating the Warren Engine Company. 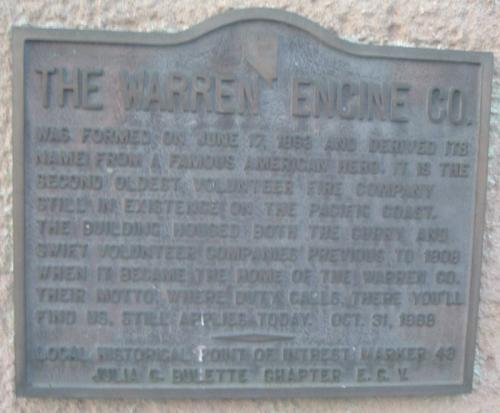 In 1964 Carson City established an official, paid, city fire department, effectively putting the Warrens out of a job. But the company is still around today, a group of volunteers that assists the CCFD as needed. In the 1990s the fire department outgew the 1954 headquarters across the street, and moved to a much larger facility on Stewart Street. The 1954 building was razed in 2005 after sitting empty for more than a decade. But this firehouse, an Abe Curry original, still stands in the same spot it has for the last 140 years.