Last time we talked about how downtown Carson City ended up fencing in its sidewalks in the 1990s, and how this really was the best choice for public safety at the time. 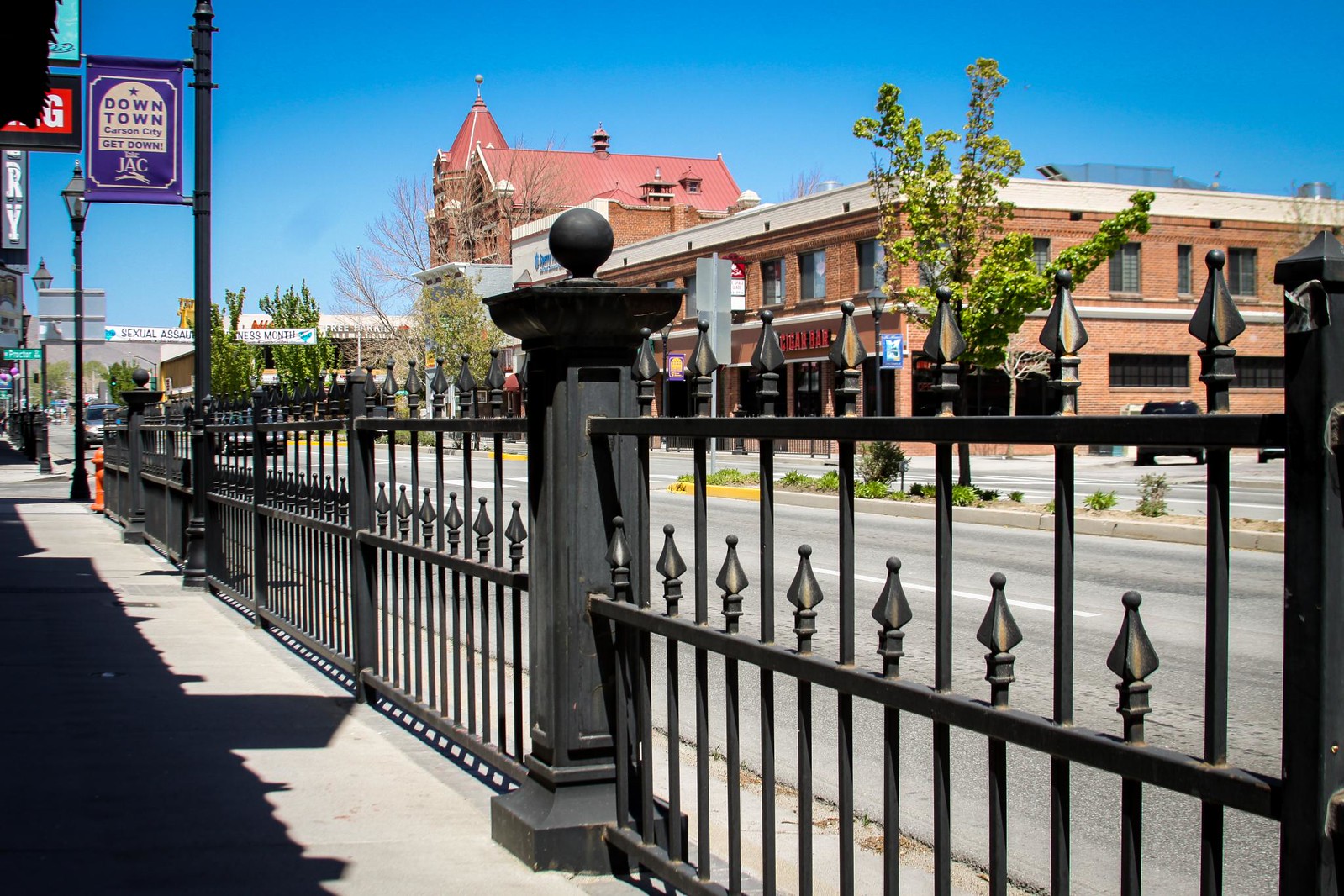 Fast forward many years. The long-promised Carson City Freeway was finally finished to Fairview in 2009. This was a big milestone because it meant the freeway could finally be used as a bypass to get all the big trucks to avoid downtown. No longer did Highway 395 follow along Carson Street. This led to a huge reduction in the amount of traffic through downtown, so plans started percolating about what to do to return Carson Street to a more peaceful place. The plan that everyone settled on involved taking down the fence, and returning parallel parking to Carson Street for a few blocks downtown. This would have the effect of calming traffic and making downtown more walkable. The plan went to the City Supervisors for a vote, and they decided on a most curious path of action. Instead of doing both, removing the fence and bringing back parking, they only did one. They agreed to remove the fence right away, but defer the decision about bringing back parking for a later meeting. 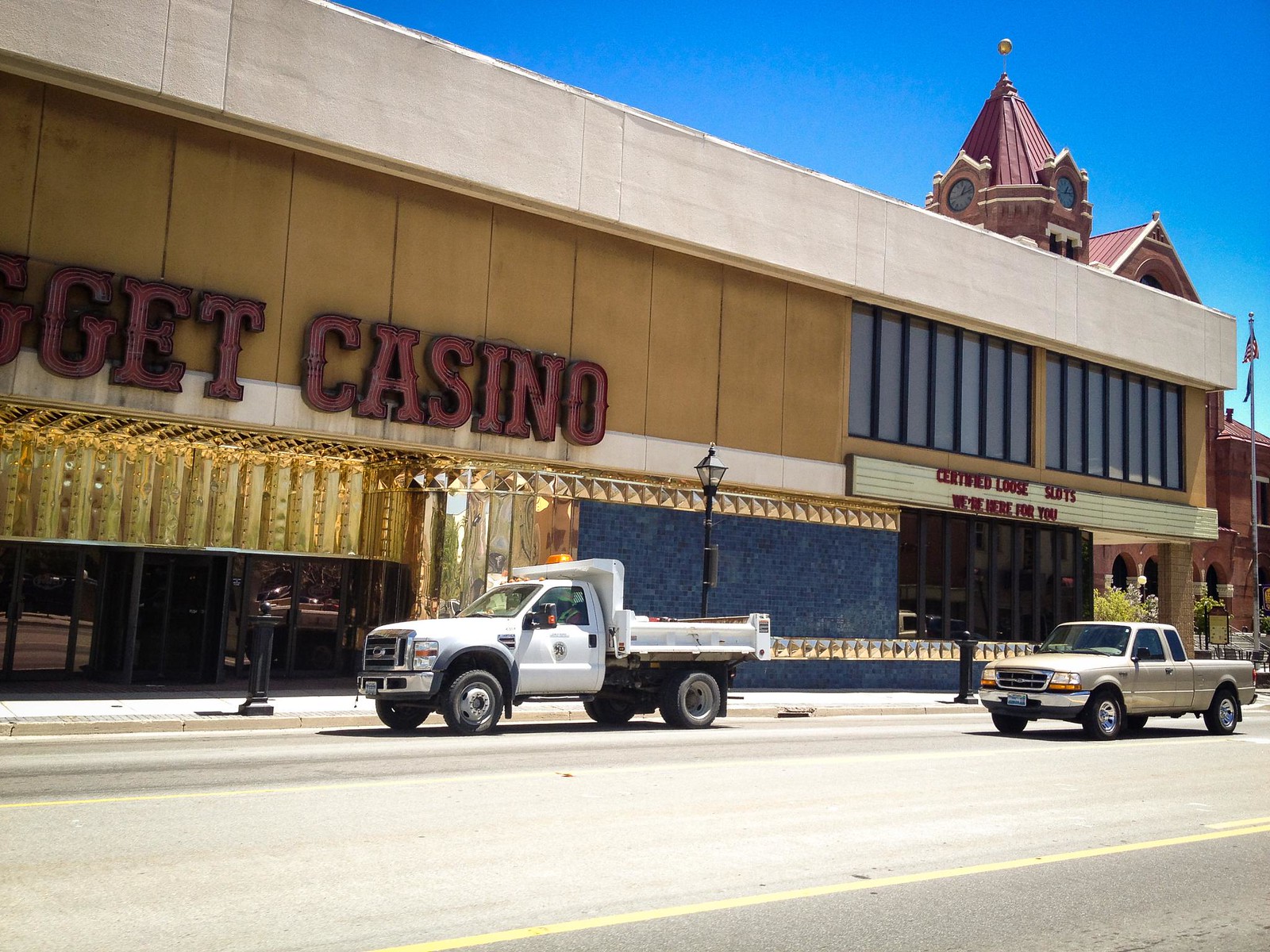 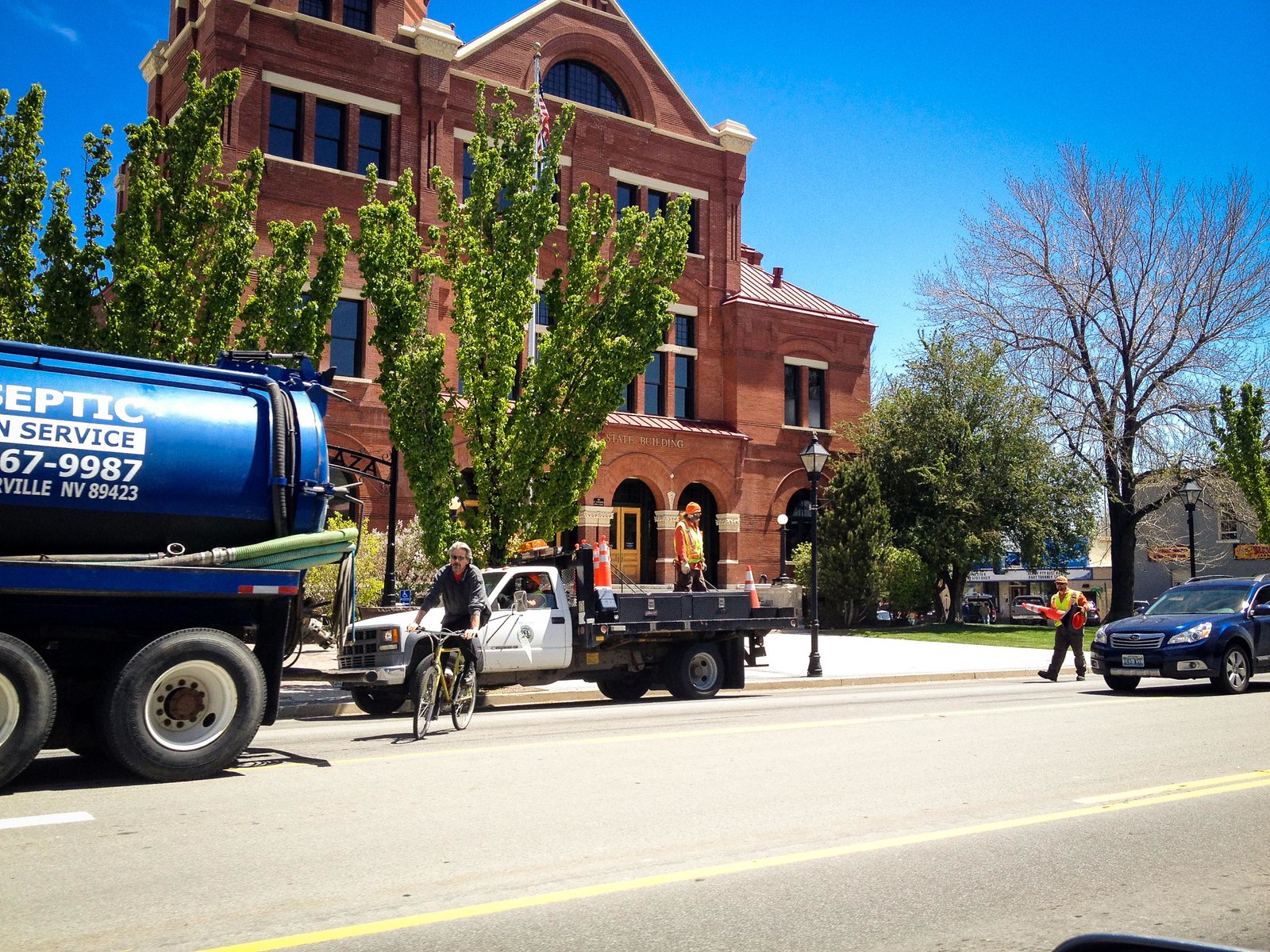 So on April 30th, they did a strange thing, they tore down the fence, leaving us right where we were 20 years ago. Because while opening the freeway bypass did reduce traffic through downtown, it didn’t get all the cars off the street. It didn’t get all the big trucks off the street, either. There are still times of the day when downtown is pretty busy. But now there’s no fence to hold people in. There’s nothing to stop people from jaywalking right into traffic, or from stumbling off the curb. The sidewalks are still really narrow, and walking downtown now when the big trucks are rumbling by brings a new element of terror. I hope that the Supervisors hurry up and approve the new parking plan, so that the street can be narrowed. Then there won’t be a traffic lane right next to the sidewalk, there will only be parked cars. That’s the other piece of the puzzle that is necessary to make downtown more walkable. 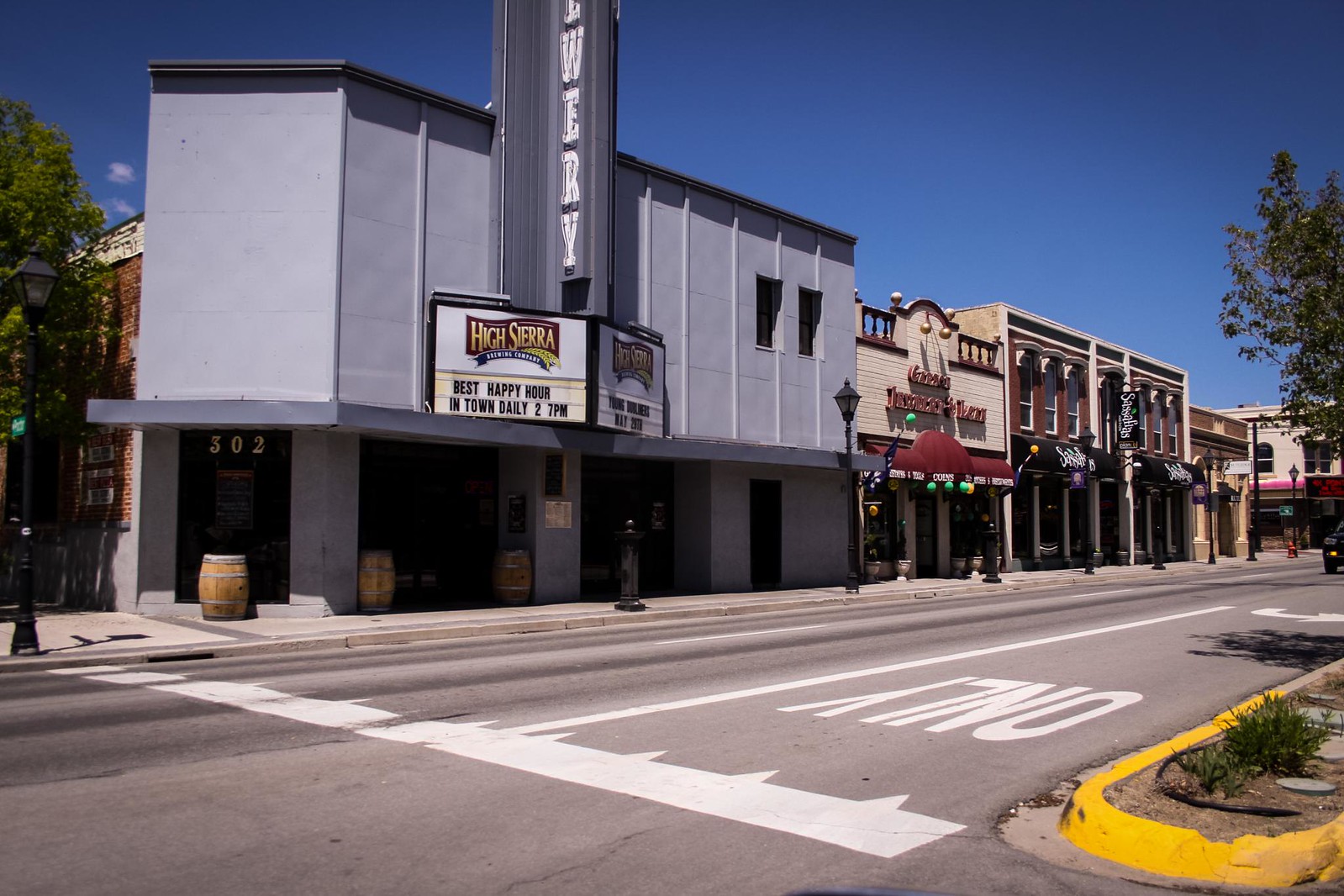 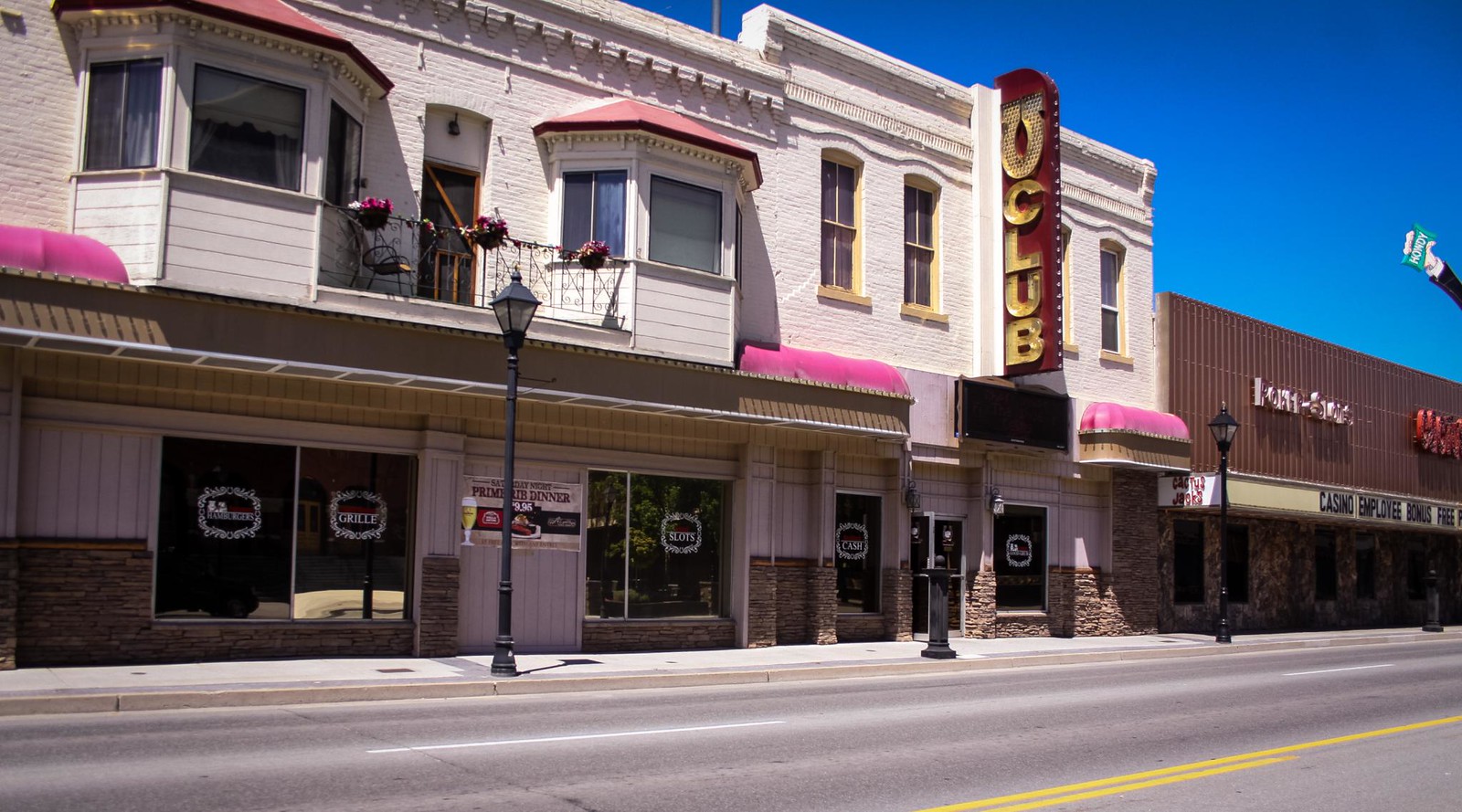 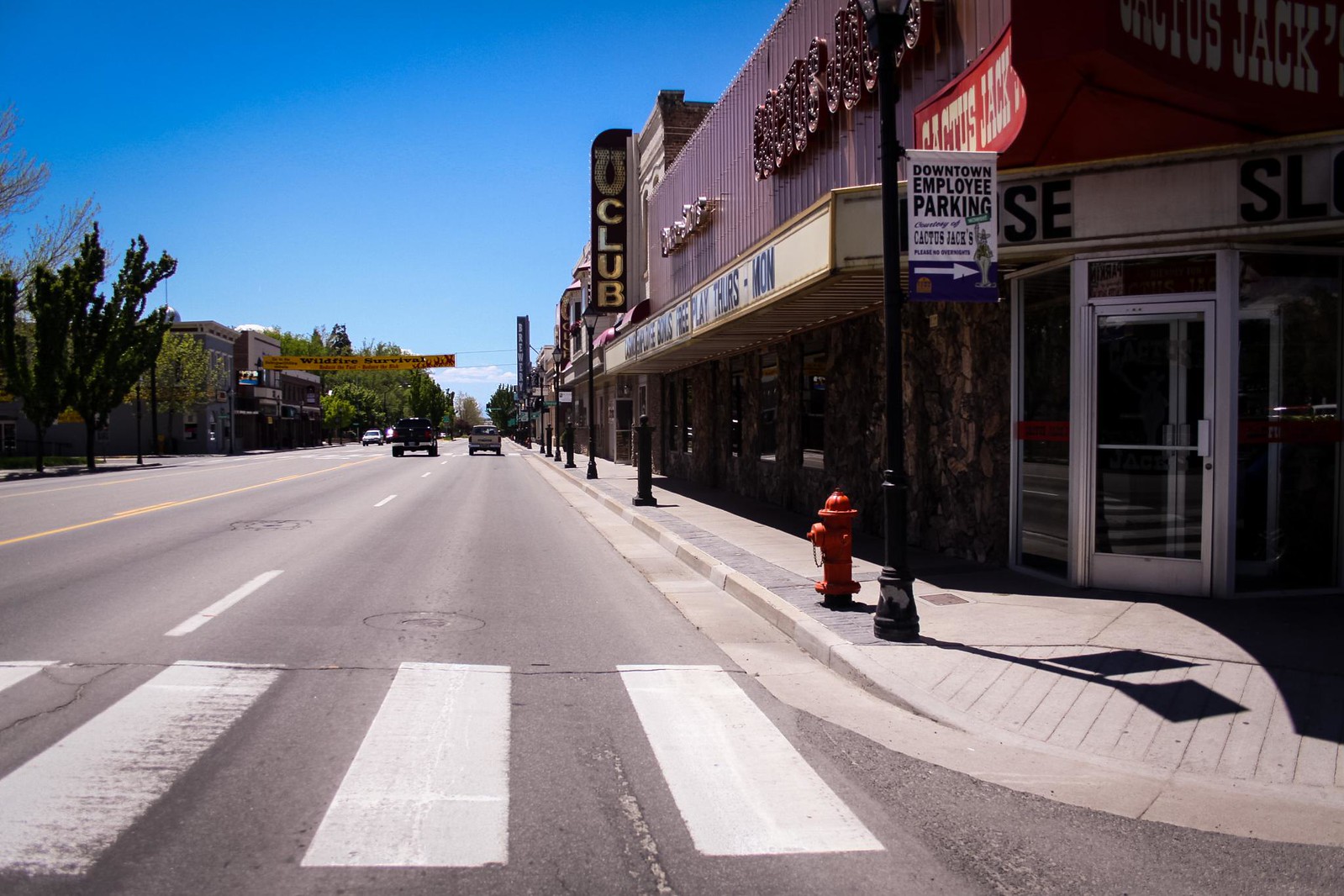 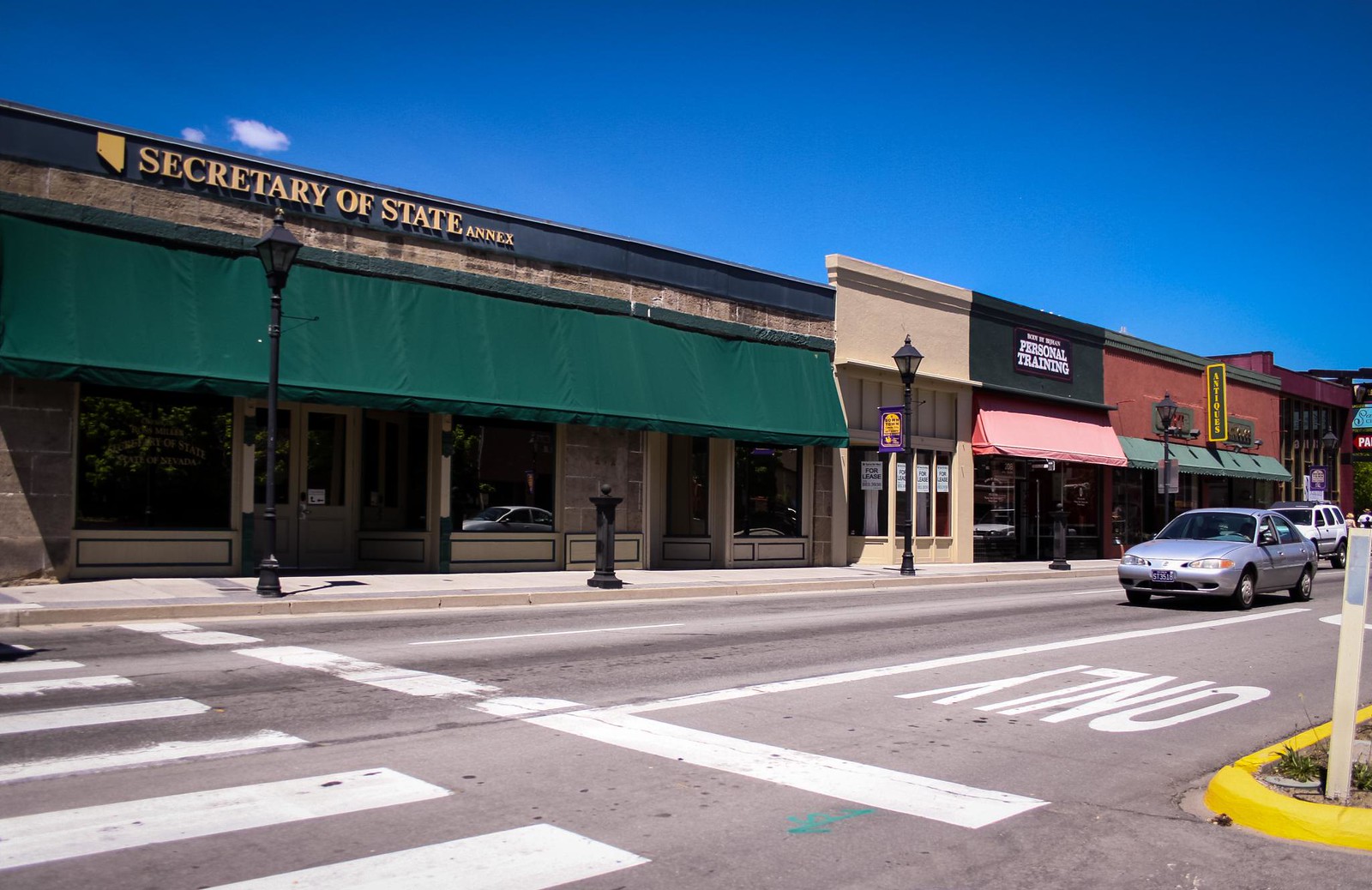 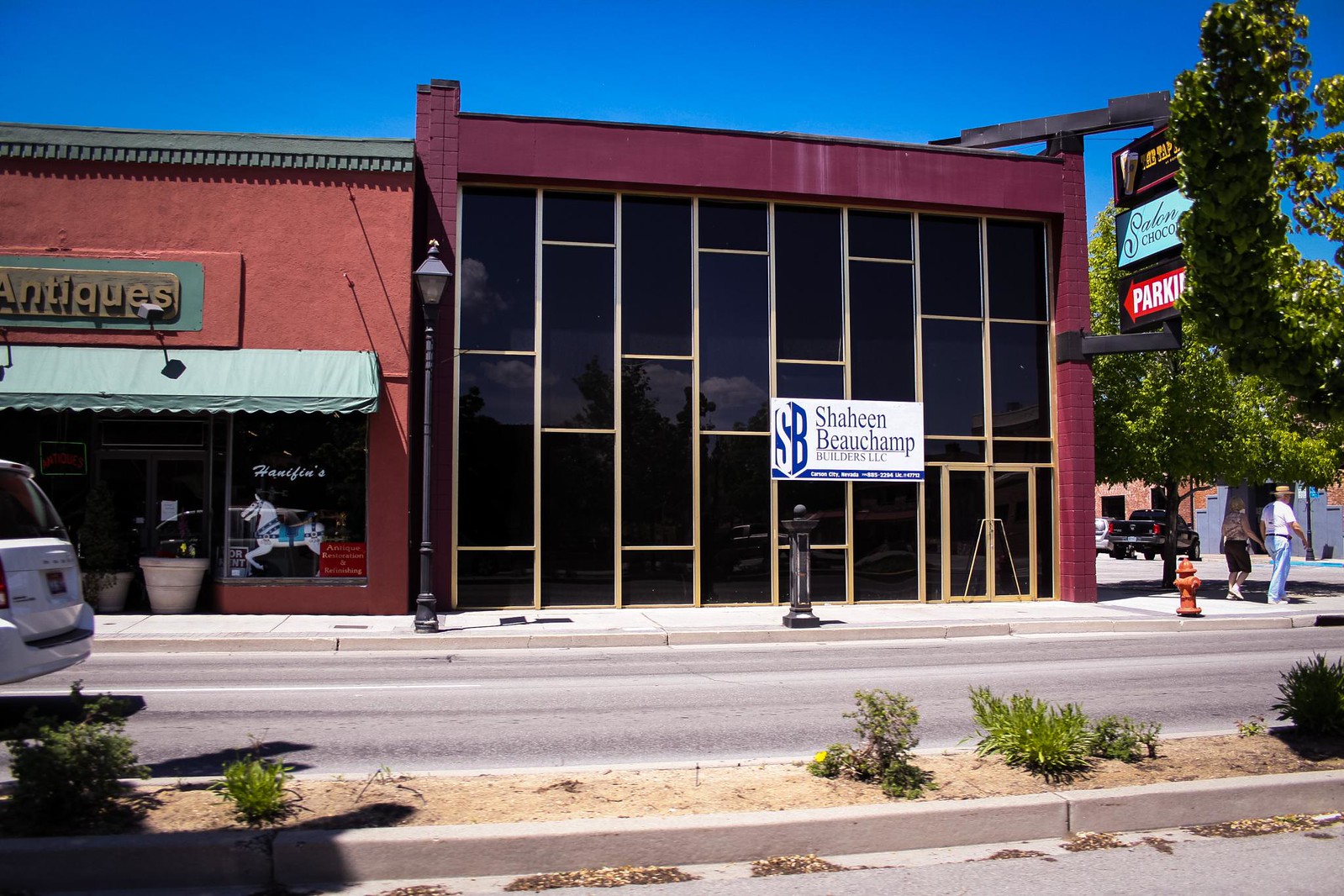 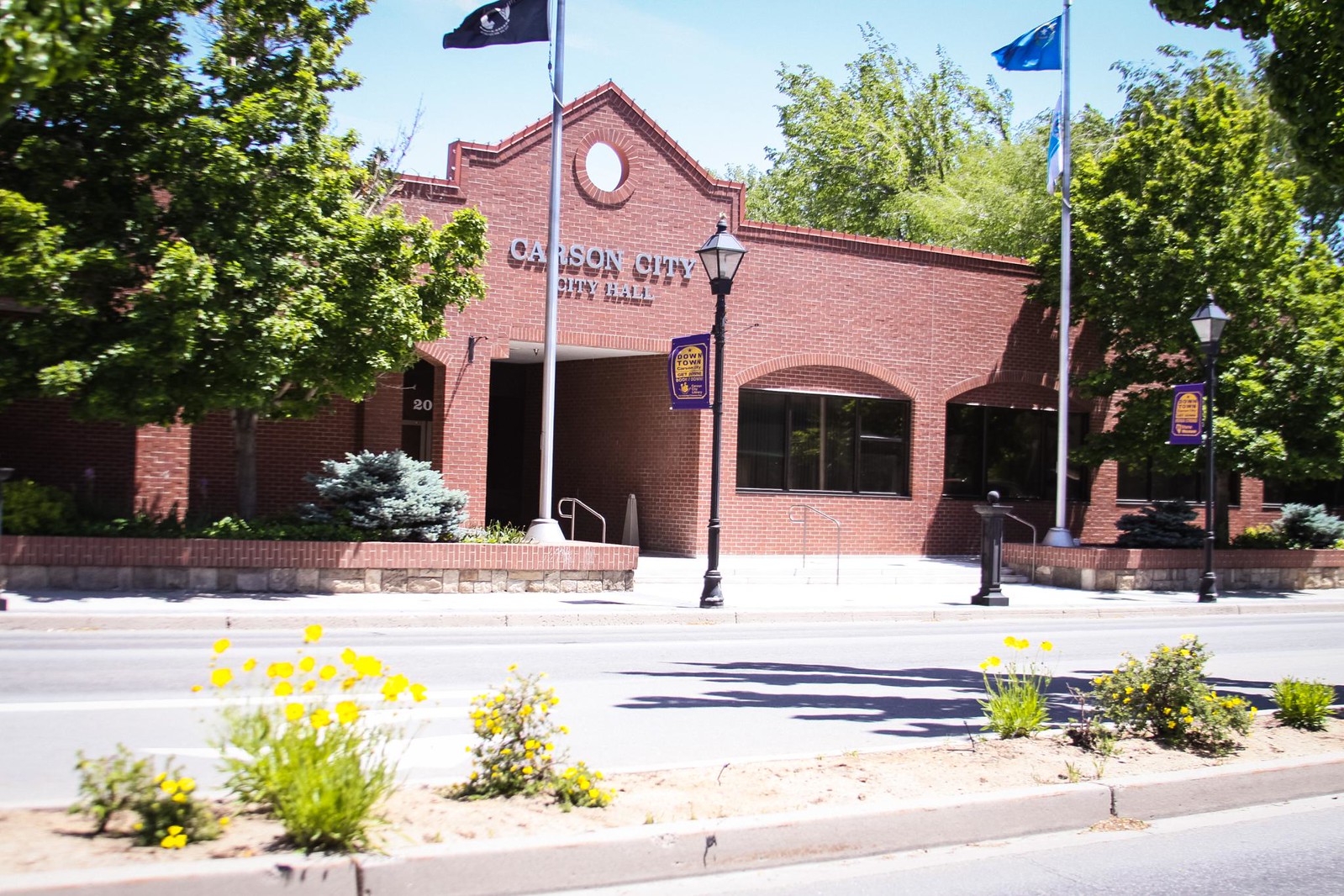 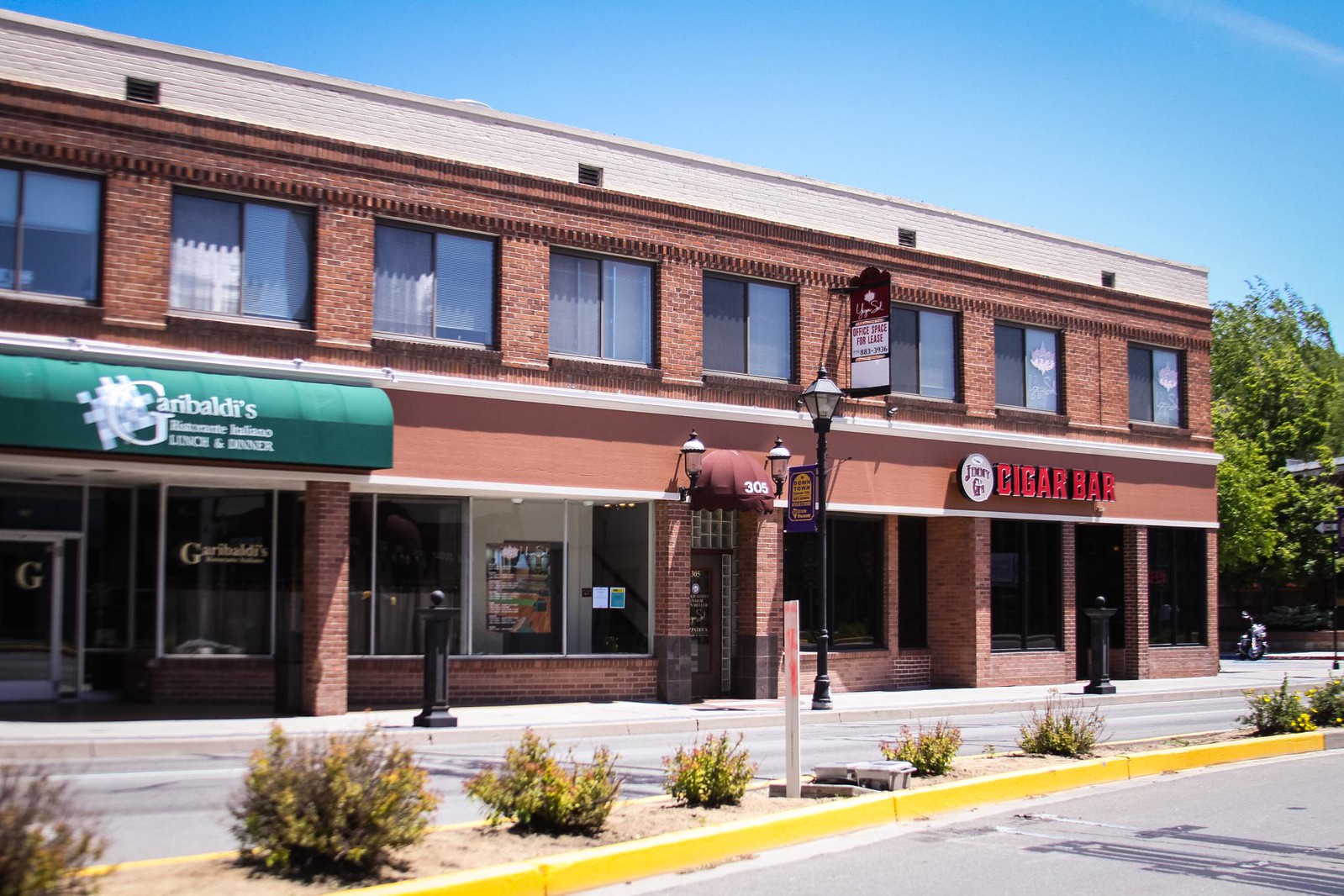 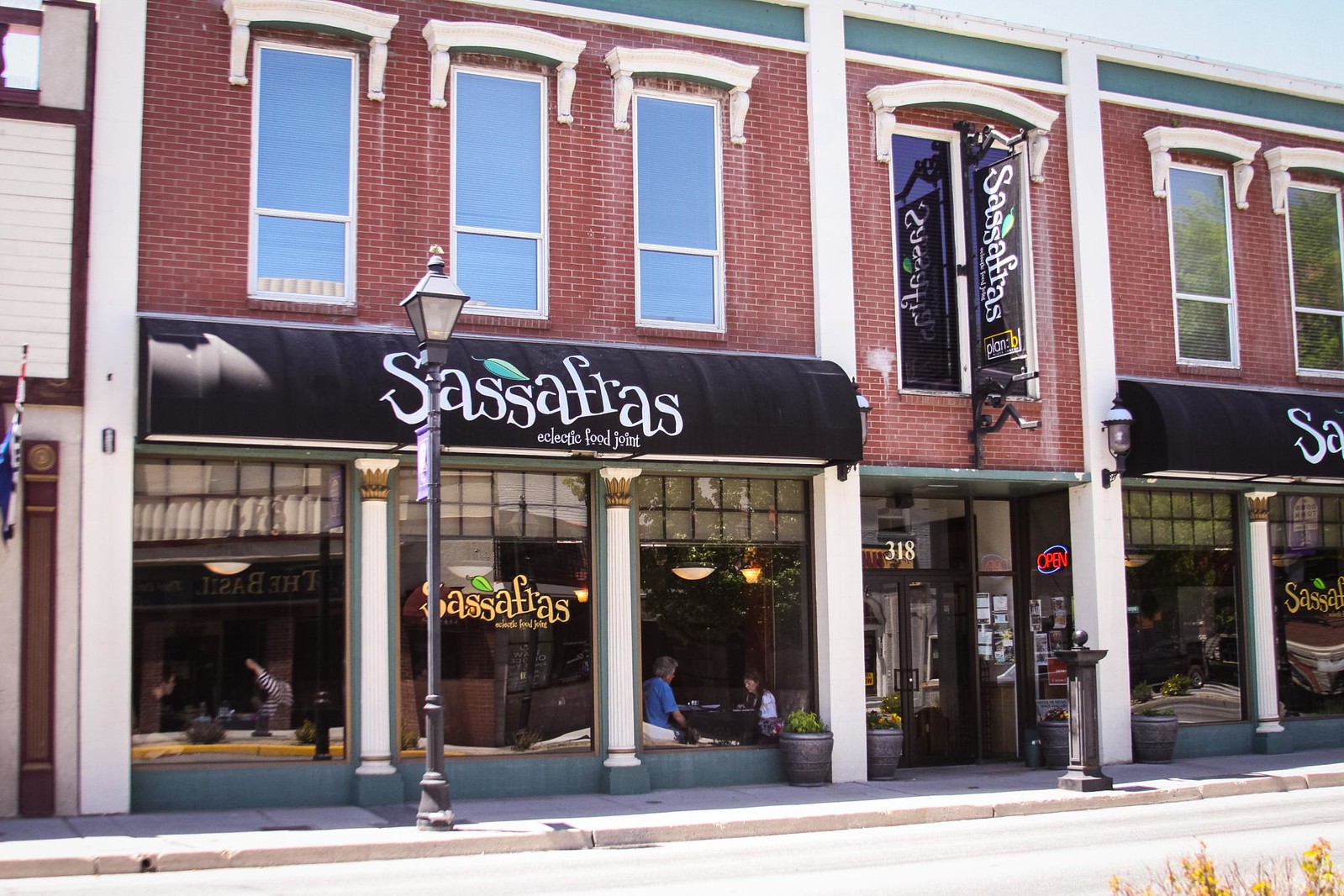 This picture really demonstrates how crazy it is to remove the fence without reducing the lanes. Comma Coffee has added sidewalk dining. An attractive feature, to be sure. But on a narrow sidewalk, there’s really no place to put the tables except right at the curb. 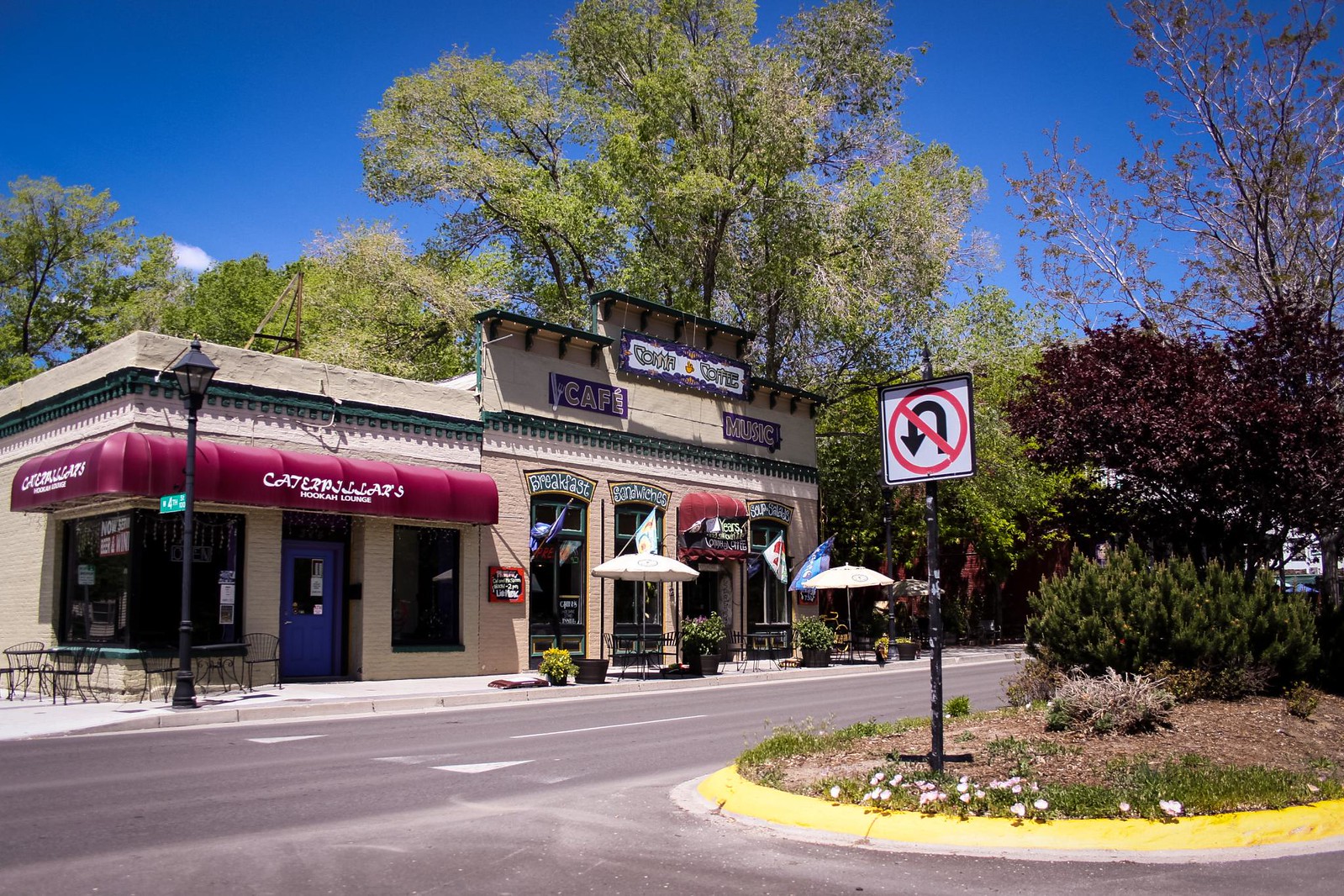 These tables are just inches away from the traffic rumbling down the street. I have never seen anyone sitting at these tables, not once in the last two months. Once the lanes are reduced, and there’s curbside parking next to the tables, I expect them to get a little more use. 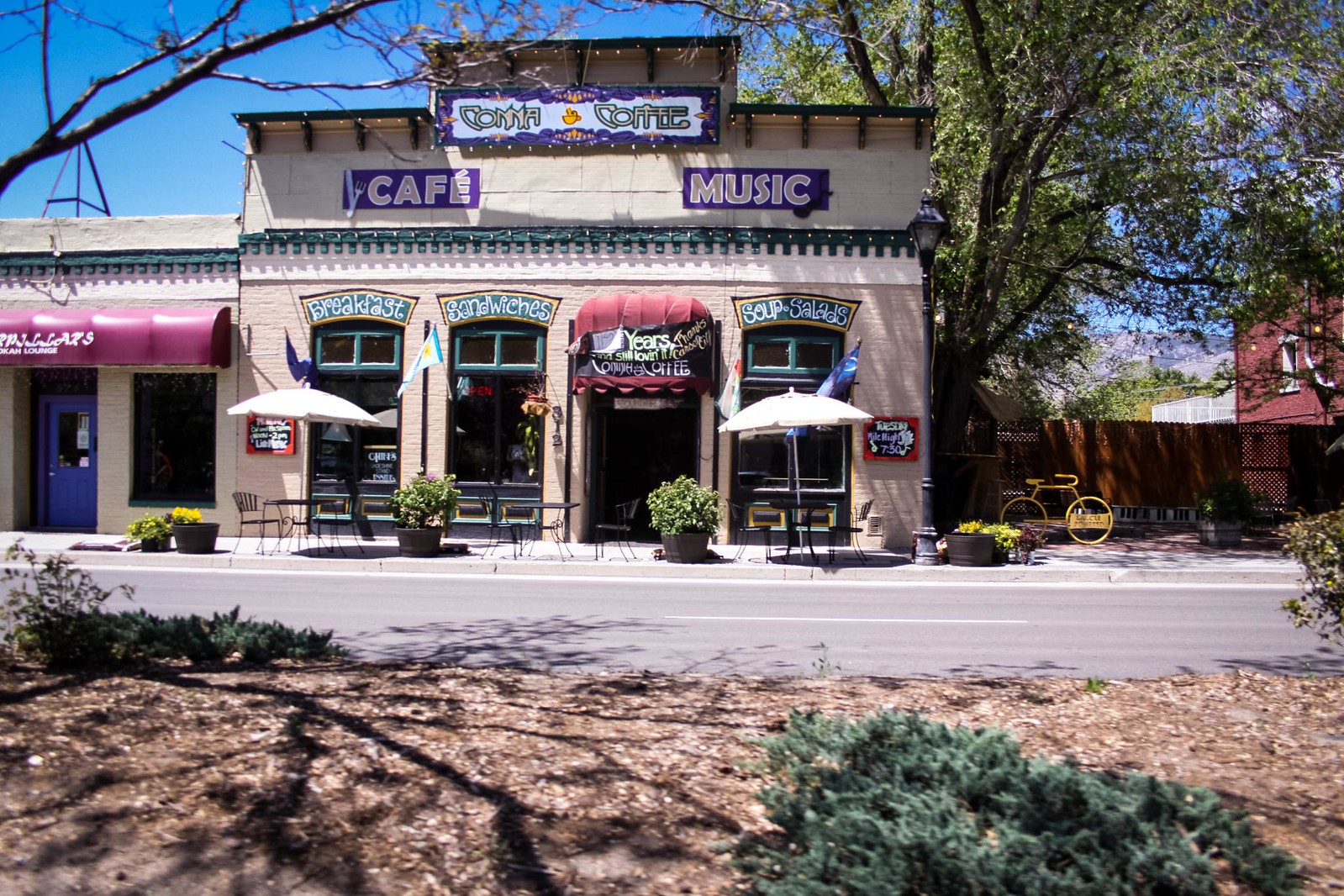 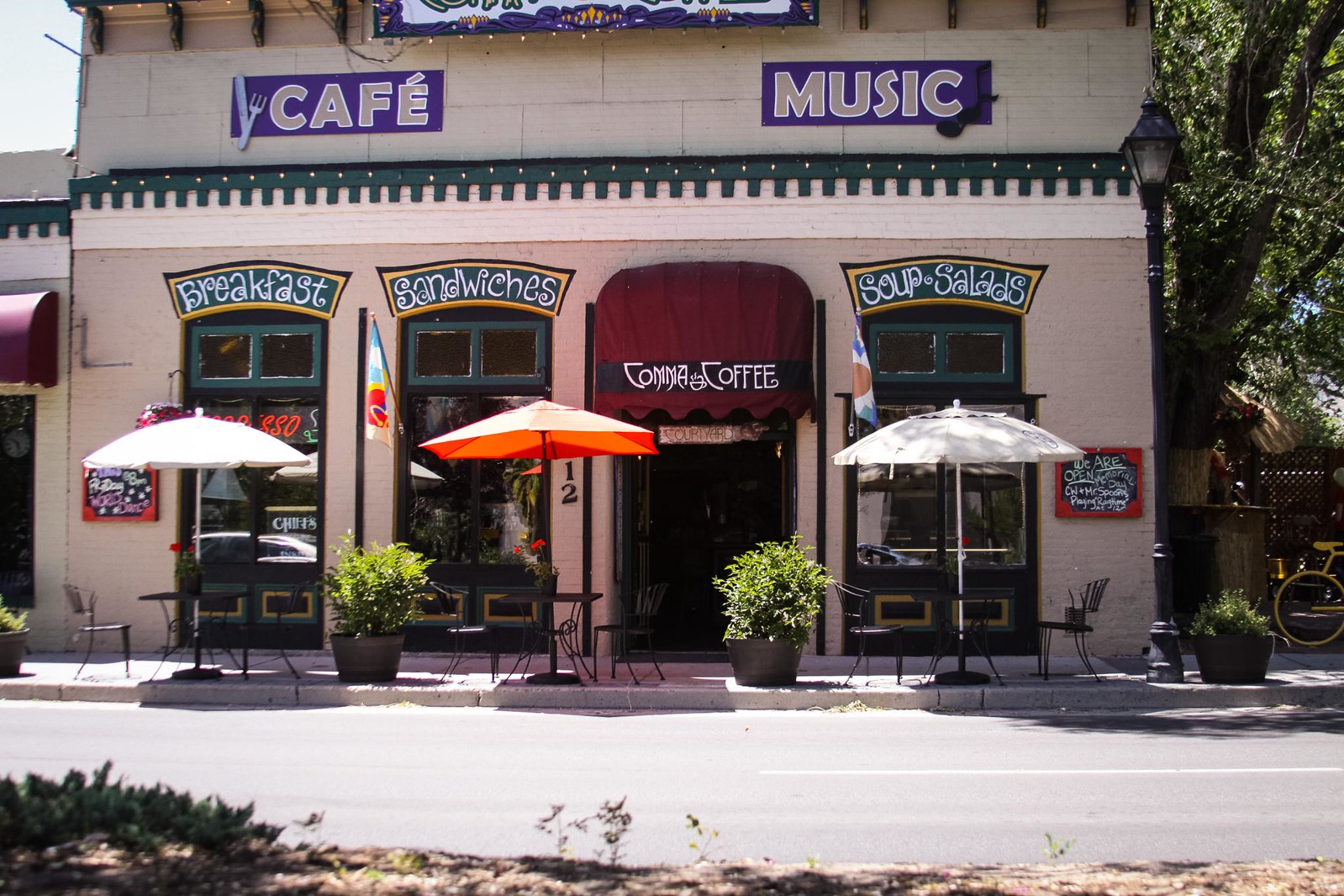 These next pictures demonstrate a positive effect of getting rid of the fence. At the corner of Musser and Carson streets, cars making a right turn used to have a really hard time seeing if there was any oncoming traffic. I never had an accident at this corner, but I cut it closer than I would have liked a few times. 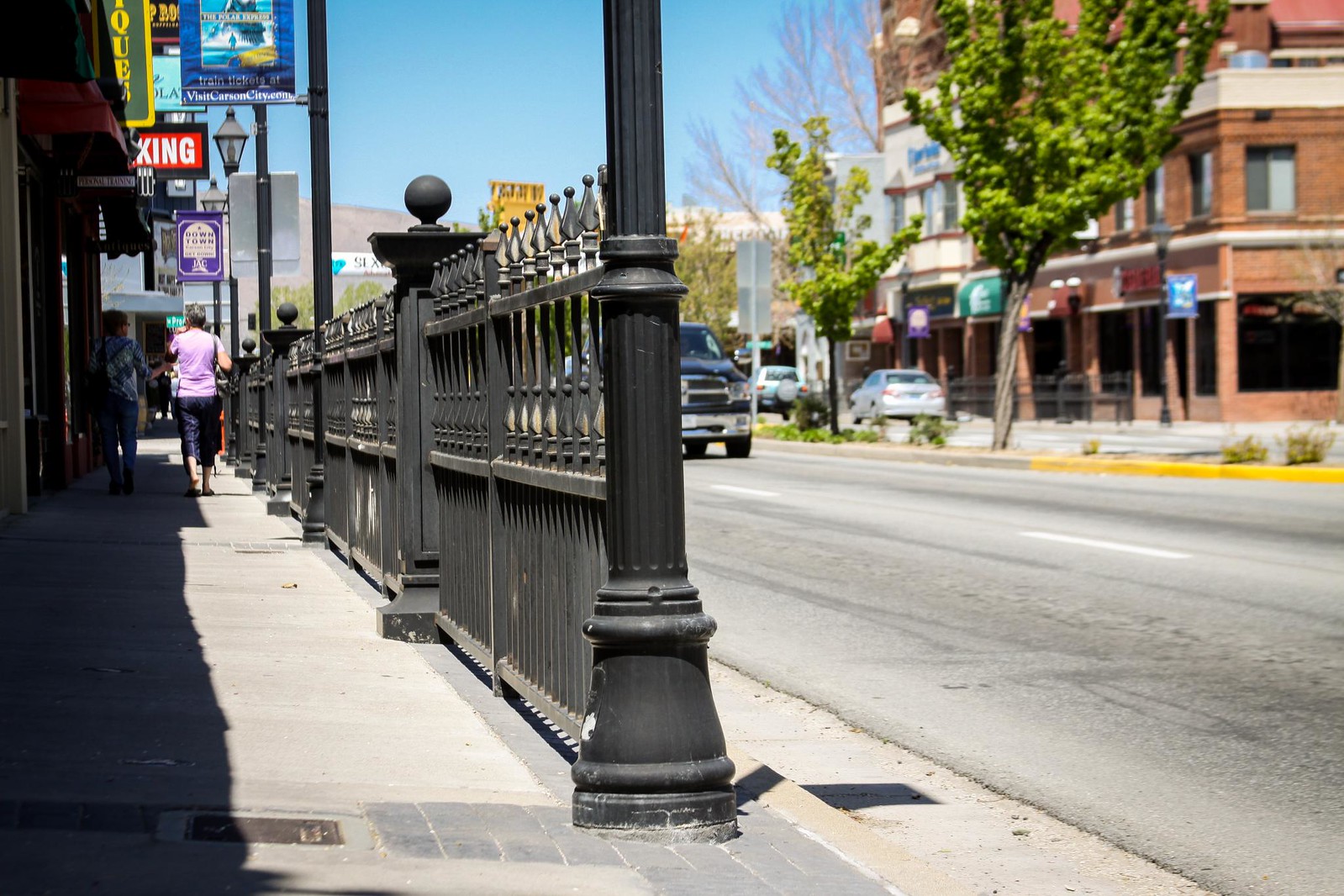 Now, with the fence gone, there is normal visibility at this corner, and the problem is fixed. 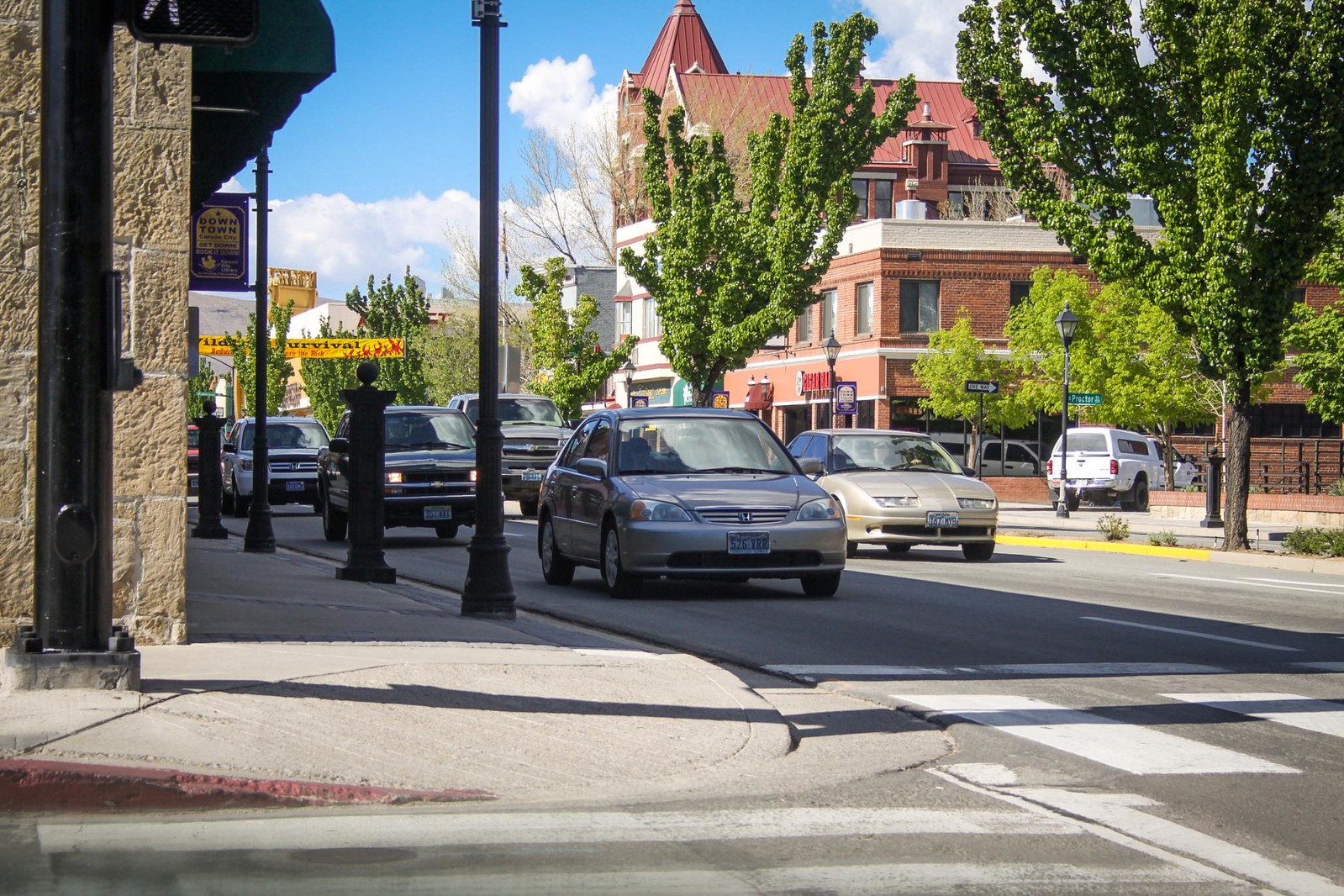 It was a good idea to get rid of the fence, it just happened too soon. Let’s hurry up and get traffic through downtown down to two lanes!